The proverbial monkey is off Grant van Niekerk’s back as Zac Purton cops HK$5,000 fine 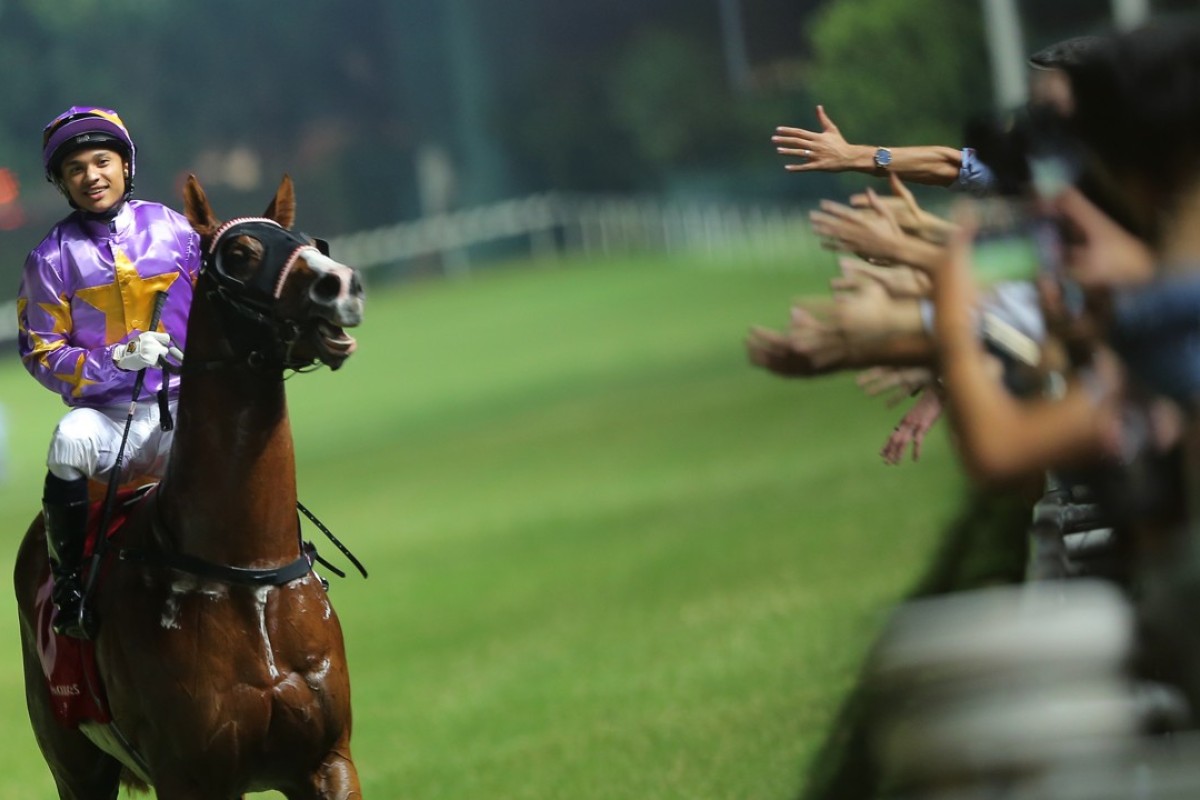 You only needed to see the South African’s celebration – which started about 50m before the line – to understand what the win meant to him.

While enjoying plenty of success at Sha Tin, Van Niekerk has struggled to adjust to the vagaries of the unique Happy Valley circuit and after going two months and 44 rides without a winner there – the proverbial monkey on the back had become a gorilla.

The heavily-backed Little Bird takes flight to give Grant van Niekerk his first Valley winner at the 45th attempt: Ricky Yiu's gelding was his usual edgy self beforehand but is clearly much better than a mark of 65 suggests, #HKracing pic.twitter.com/f0qDCBtfp0

It is not an easy track to ride – it is just over 1,400m in circumference, there are tight turns, undulations down the back straight and established jockeys know how important it is to get out of the barrier quickly to find your spot. There is a rhythm to riding there which is not easy to pick up at first.

What helps is being on a front-runner in a sprint race – ping the gates, find the lead, run even sectionals and tell the others to catch you if they can. When you’re on the best horse in the race, that will be hard to do – as Little Bird proved on Wednesday night.

The longer races have a different flow and Van Niekerk will still have some hits and misses in them, but confidence is a wonderful thing and just as importantly, people won’t be asking why he cannot win at the Valley any more.

The 27-year-old had faced criticism for some of his previous efforts – most notably from Zac Purton on Twitter when he wrote “it’s hard to know what Grant van Niekerk was thinking” after a race – and stewards addressed that matter on Wednesday night.

The Australian was fined HK$5,000 after being found guilty of “inappropriate behaviour” in that he posted “a tweet from his personal account which carried a meaning critical of a currently licensed jockey”.

After watching @KarisTeetan sum up the pace perfectly in R1 when they dropped anchor to a 26 second split it’s hard to know what Grant Van NieKerk was thinking in R4 when they went out in a blistering 27.2 seconds

In assessing the penalty, stewards took into account that Purton “actively assisted the [Jockey Club] in promoting racing, however, he was told that on this occasion his behaviour of implying criticism of a fellow jockey was not in the best interests of racing”.

The interesting little footnote of this exchange is the horse Van Niekerk was riding to prompt Purton’s critique – You Have My Word – returns to the track on Saturday and you’ll never guess who is booked (actually, you will – it’s Purton).

Anyway, back to Van Niekerk – he has a big weekend ahead after getting the late call-up to join Karis Teetan and Matthew Poon Ming-fai as the Hong Kong-based riders competing in Sunday’s Singapore Gold Cup.

So after riding at Sha Tin on Saturday, he will hop on a plane to Kranji where he will partner the Stephen Gray-trained Twickenham in the feature, but has to be disciplined this week to make the feather weight. “Karis asked me if I was interested and could ride 110 [pounds], so I’ve been dieting since Monday,” Van Niekerk said.

“I’m trying to get to at least 111 – it’s hard work. I only had two carrots and a piece of chicken on Tuesday night.

“My body is used to sweating to get down to 114, but to go any lower I have to prepare and put in the effort.”