It had been a frustrating run of outs for the freshman jockey at the unique city track, but the South African finally finds a winner 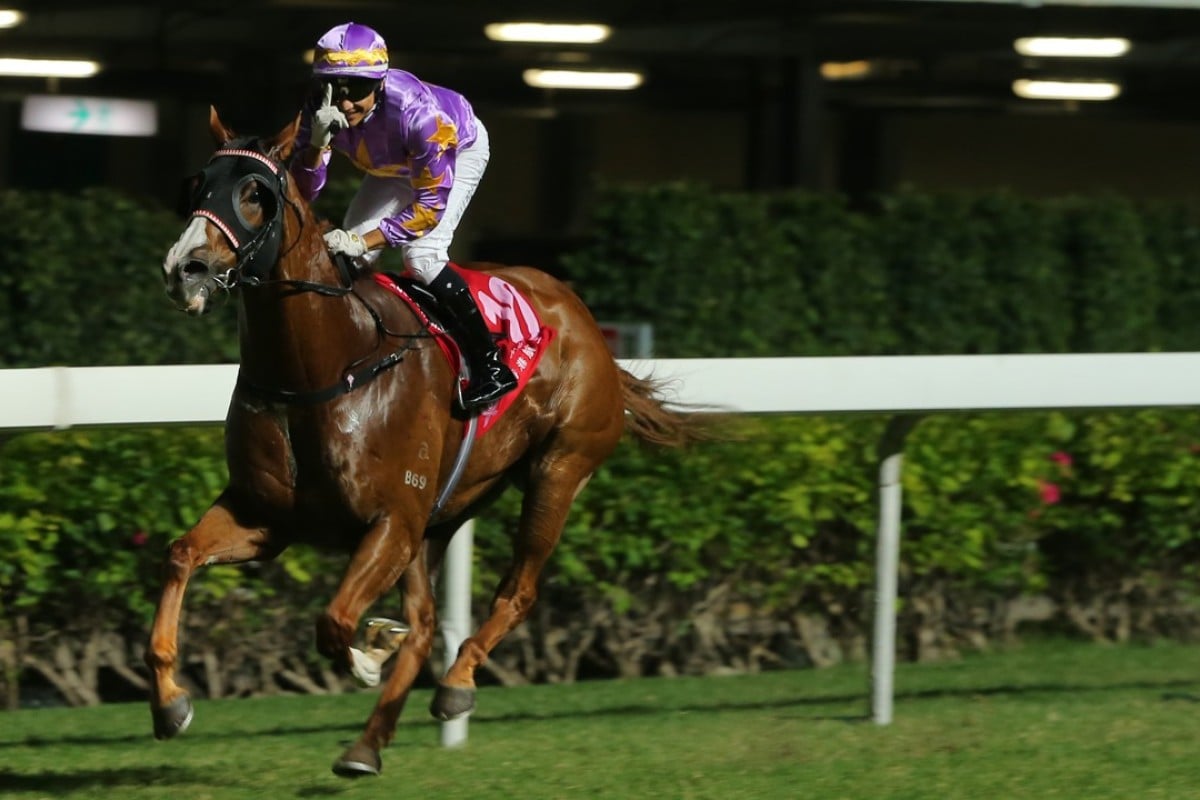 After two months, 44 rides and nine placings, freshman jockey Grant van Niekerk felt a huge wave of relief wash over him as he banished his Happy Valley hoodoo on Wednesday night.

The South African has enjoyed a strong start to his Hong Kong career with seven winners – but all of them came at Sha Tin as he struggled with the intricacies of the unique city venue.

But Van Niekerk snapped the cold streak in the American Club Challenge Cup (1,200m) as the Ricky Yiu Poon-fai-trained Little Bird led all the way to give him his eighth winner of the term in his 45th ride at the Valley.

“Finally – I told the trainer it feels like my first winner,” Van Niekerk said afterwards.

The heavily-backed Little Bird takes flight to give Grant van Niekerk his first Valley winner at the 45th attempt: Ricky Yiu's gelding was his usual edgy self beforehand but is clearly much better than a mark of 65 suggests, #HKracing pic.twitter.com/f0qDCBtfp0

“I’m just very glad I got my first winner at Happy Valley, it’s been a tough month for me but I’m glad it is done now.

“It was definitely frustrating – when you don’t have winners it is frustrating.

“Obviously you find that when you do battle, you get fewer rides and trainers don’t really look your way that much, but once you get a winner in Hong Kong, things just build up again.

“I’m really grateful for the support I’ve been getting, it’s obviously well known that the newcomer doesn’t always come and do well. I’m hoping from here on out that I can build on this.” 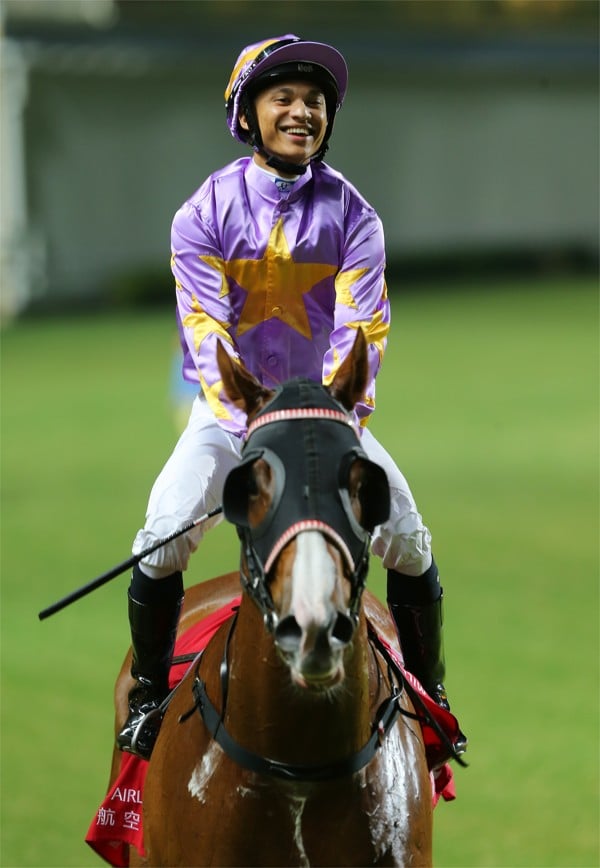 The 27-year-old said he had never ridden on a track like Happy Valley – there are no circuits in South Africa that boast similarities.

“Obviously I haven’t been here for long and it’s a tricky track, so everything takes time and for me it felt like I just had to get the rhythm of the track,” he said.

“The track is very tight and quick, in my experience you need to have a horse that is up with the pace – like Little Bird – when they turn for home and they can give a bit of a kick, they are quite hard to catch.”

Another burnup for the nightcap at Happy Valley and @AlexisBadel capitalises with a last-to-first swoop aboard Wishful Thinker. Blinkers worked a treat for the winner, whose trainer Richard Gibson needs one more winner to hit 200 in Hong Kong. #HKracing pic.twitter.com/66efkm1Vbm

The popular Frenchman only arrived in Hong Kong last week for his winter stint but he did not have to wait long to get a winner, getting off the mark at just his second meeting.

“It’s good to get a winner nice and early,” Badel said.

“I haven’t noticed any changes, I feel like I am at home. I have been a bit surprised in the first 1,000m, it is a different rhythm. In France we try to make the horse fall asleep, here you try to fire them up a bit, so it’s a different job.”

The Jockey Club’s new training centre in Conghua got another tick of approval on Wednesday night with three of the first four winners having spent time at the HK$3.7 billion facility in the mainland.

Two of them – Dragon Dance (Jack Wong Ho-nam) and Curling Luxury (Dylan Mo Hin-tung) – were trained by Me Tsui Yu-sak while the other, Fantastic Fabio (Victor Wong Chun), was prepared by Dennis Yip Chor-hong.

Me Tsui moves on to 13 for the season and two for the night: A measured front-running ride from Dylan Mo sees Curling Luxury last home with nothing to spare from Marvel Joy in R3 at the Valley. #HKracing pic.twitter.com/q1CEHr9riQ

The in-form Tsui was full of praise for the new set-up, saying he will be expanding his presence there.

“Both of my winners spent time there and came back a bit fresh and that’s how they need to be,” the trainer said.

“It works for some horses. Some are not happy at Sha Tin so I send them to Conghua. Now I have 13 horses there, next month it will be 25.”

Karis Teetan moved within one victory of Zac Purton at the top of the jockeys’ championship after Pakistan Baby prevailed in the second and the Australian went winless.

The other winners on the night were Peter Ho Leung’s Let’s Take It Easy (Umberto Rispoli) and the John Moore-trained Good Beauty (Douglas Whyte).