The talented 23-year-old lands a spot in the prestigious contest, but he had to watch from the sidelines as two others tried to steal his thunder 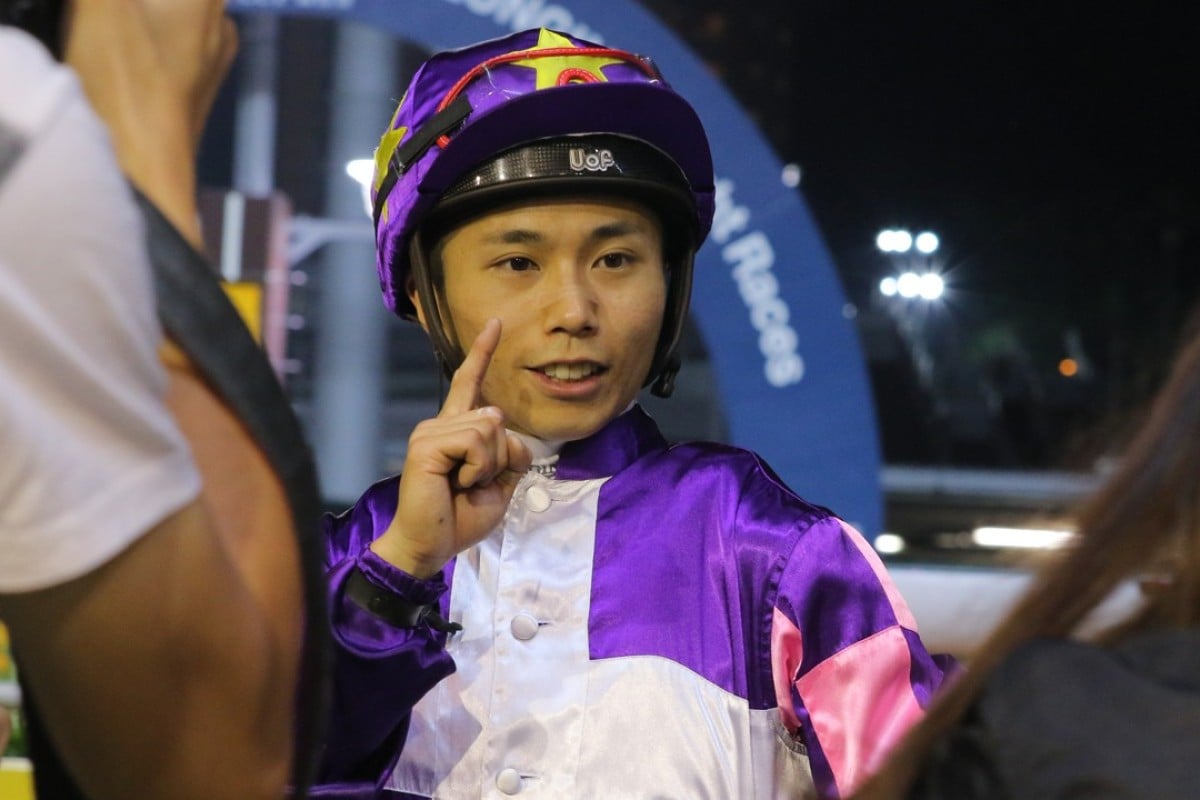 It went down to the last race of the night, but Matthew Poon Ming-fai secured the coveted final spot for next month’s Longines International Jockeys’ Championship – a pretty neat trick given he wasn’t even riding.

The talented 23-year-old was forced to watch Wednesday night’s Happy Valley meeting from the sidelines because of suspension and must have been on the edge of his seat while biting his nails – pick a metaphor – heading into the Class Three Sutherland Handicap (1,200m). In fact, the whole night would have been agonising, riding every bump from the couch and dodging bullets.

Both Douglas Whyte and Chad Schofield could still pip him on the post with a win in the last race – the former riding $5 hope Iron Boy while the latter was with Telecom Brothers ($11).

Schofield had just missed a golden opportunity earlier on the card when he finished second aboard Khaki and Whyte suffered a same fate with his mount Happy Dragon in the seventh race.

The two settled side-by-side – fourth and fifth – in transit, before looming in the straight, but they peaked on their runs as Starlight (Umberto Rispoli) flew over the top to salute and push Poon into prestigious competition, just weeks after completing his apprenticeship.

Matthew Poon becomes one of the youngest riders ever to earn a place in the LONGINES IJC! Whyte and Schofield draw a blank in the finale but @umbyrispoli is elated as Starlight produces a dramatic late swoop to give him his 100th Hong Kong success. #HKIR #HKracing #IJC pic.twitter.com/CZHcZTLDk1

It means Hong Kong will be represented by Zac Purton, Karis Teetan, Vincent Ho Chak-yiu and Poon as they take on some of the best riders in the world including Ryan Moore, Hugh Bowman and Christophe Lemaire.

Poon might want to get Rispoli a present for his timely victory, which also doubled as the Italian’s 100th winner in Hong Kong.

After a slow start to the season, Rispoli is riding in terrific form with six winners from the past six meetings.

“It’s a great result because until this morning I didn’t know about it. A friend of mine said it would be great if you could have your 100th win with your brother here so you could have the picture with him,” Rispoli said. 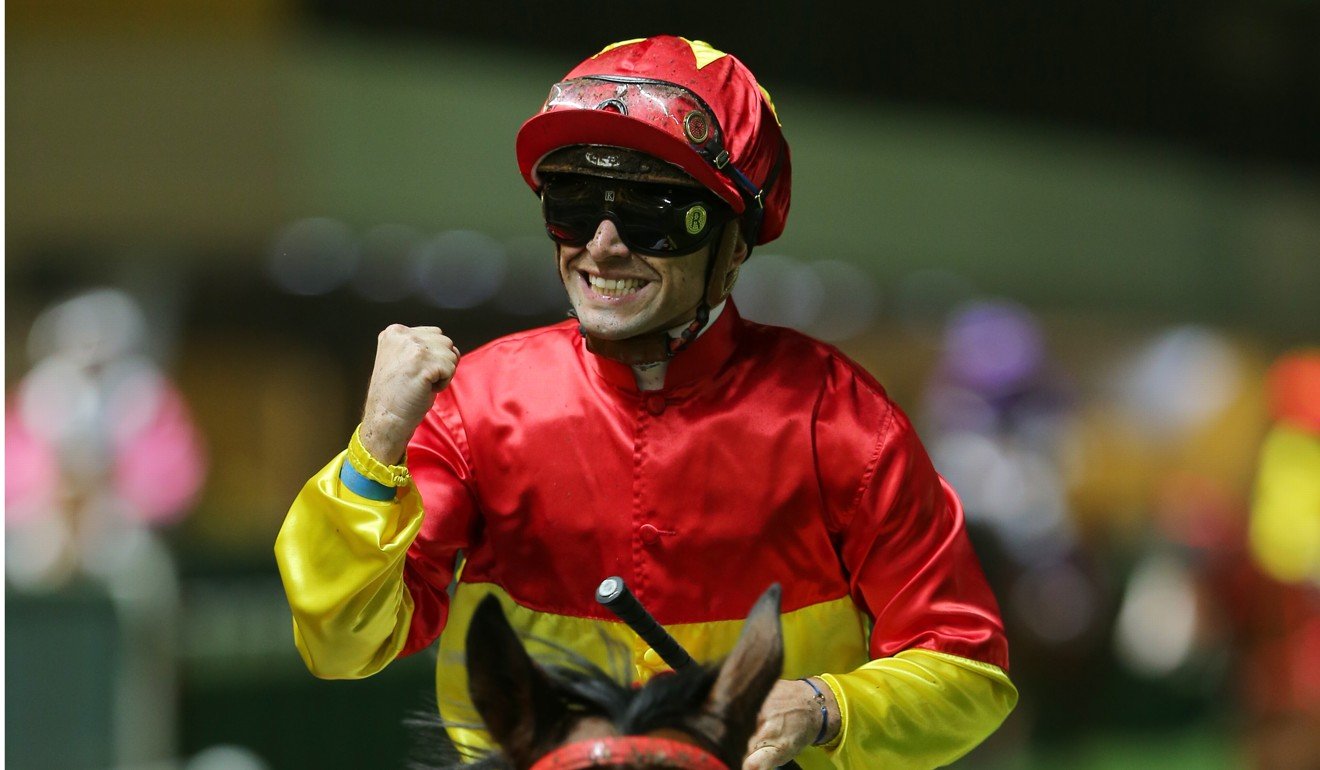 “I am so glad to have 100 winners in Hong Kong, which is no easy place to have a winner.”

Speaking of milestones, the old marvel Ocean Roar continues to defy age, showing what is possible for those genuine horses who still enjoy racing into the twilight of their careers.

Ocean Roar has now won a race in seven straight seasons – the first horse to do so in more than 20 years – but the 10-year-old won’t get the chance to make it eight as he faces compulsory retirement at the end of the term.

In all, the son of Towkay has won 11 of his 80 starts (placing eight times) – with all of those victories coming over the 1,000m circuit at the Valley.

All of those wins have come in the same fashion – pinging the gates and rolling straight to the front – and it was no different in the Class Five Battery Path Handicap (1,000m).

Amazingly, only one of his wins has come in Class Three – the rest all in Class Four or Five – showing how the ratings system in Hong Kong can work in your favour.

Ting wasn’t on hand to celebrate the win – he was in New Zealand at the sales – and it was a theme that popped up throughout the night as Francis Lui Kin-wai and Dennis Yip Chor-hong also enjoyed the victories of Shining On and Fantastic Fabio, respectively, from the Land of the Long White Cloud.

Fantastic Fabio was the first of a double for Teetan, who bounced back strongly after losing the ride on Pakistan Star in the Hong Kong Vase earlier in the week.

Gold Land - aka Smuggler's Moon when winning the 2016 Surrey Stakes at Epsom for Brian Meehan - lands R6 at the Valley. @KarisTeetan burrows up the inside to seal a double on Tony Cruz's gelding and is now just two behind @zpurton atop the jockeys' table #HKIR #HKracing #IJC pic.twitter.com/FLmEOp7k2G

In the opening race, Caspar Fownes broke a frustrating run of seconds when Smart Baby hit the line strongly to capture the Class Five Bank Street Handicap (1,800m) under Purton.

The popular trainer previous winner was Bigwood at Sha Tin a month earlier, but since then he had finished second on eight occasions, so the change in luck was a welcome one.

Caspar Fownes ends a run of seconds - eight since his last winner - as @zpurton comes fast and wide from off the pace on Smart Boy in R1 at the Valley. No change in the IJC position as Proud Sky is unplaced for @SchofieldChad #HKIR #IJC #HKracing pic.twitter.com/ao2YLPXFDg

“It was a very frustrating run of close seconds, you cop it up the deaf and dumb, you get three points for a second and it’s quite hard in a handicap system,” Fownes said.

Fownes and Purton made it a double later in the night when Green Luck shocked his rivals in the Class Three Queen’s Road Central Handicap (1,650m) – it is not often you get 29-1 about that trainer-jockey combination. In fact, it was Purton’s longest priced winner since Groovy ($32) in June 2012.

The IJC scrap is down to the nightcap! Second is no good for Whyte after a wide trip on Happy Dragon. Meanwhile, @zpurton rides his longest priced winner since Groovy (Sha Tin, Jun 2012) as Green Luck salutes at 29-1 to complete a brace for Caspar Fownes #HKIR #HKracing #IJC pic.twitter.com/F0bsPQdweA

“It [the price] was crazy, he ran very well first-up, second-up was typically moderate and then I backed him up from last week because I thought he pulled up really well,” Fownes said.

“I said to Zac before the race ‘this horse has an engine’ but he still doesn’t know what to do, that is just the reality, he is just learning.” 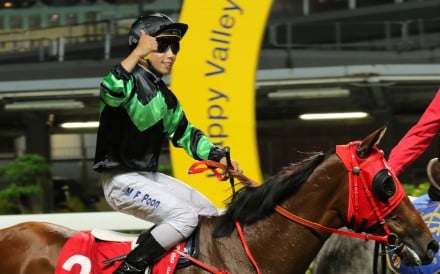 Is Matthew Poon the best apprentice in the world?
Related articles 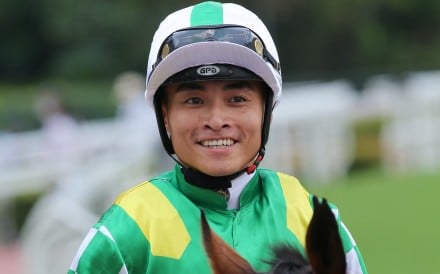 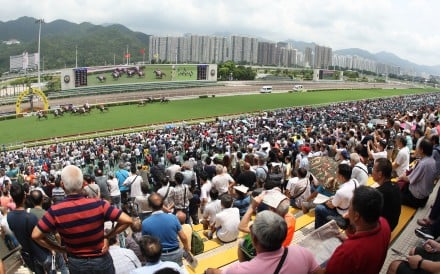