HKIR: Charlie Fellowes on the ride of his life with Prince Of Arran – ‘I owe this horse a huge amount’ 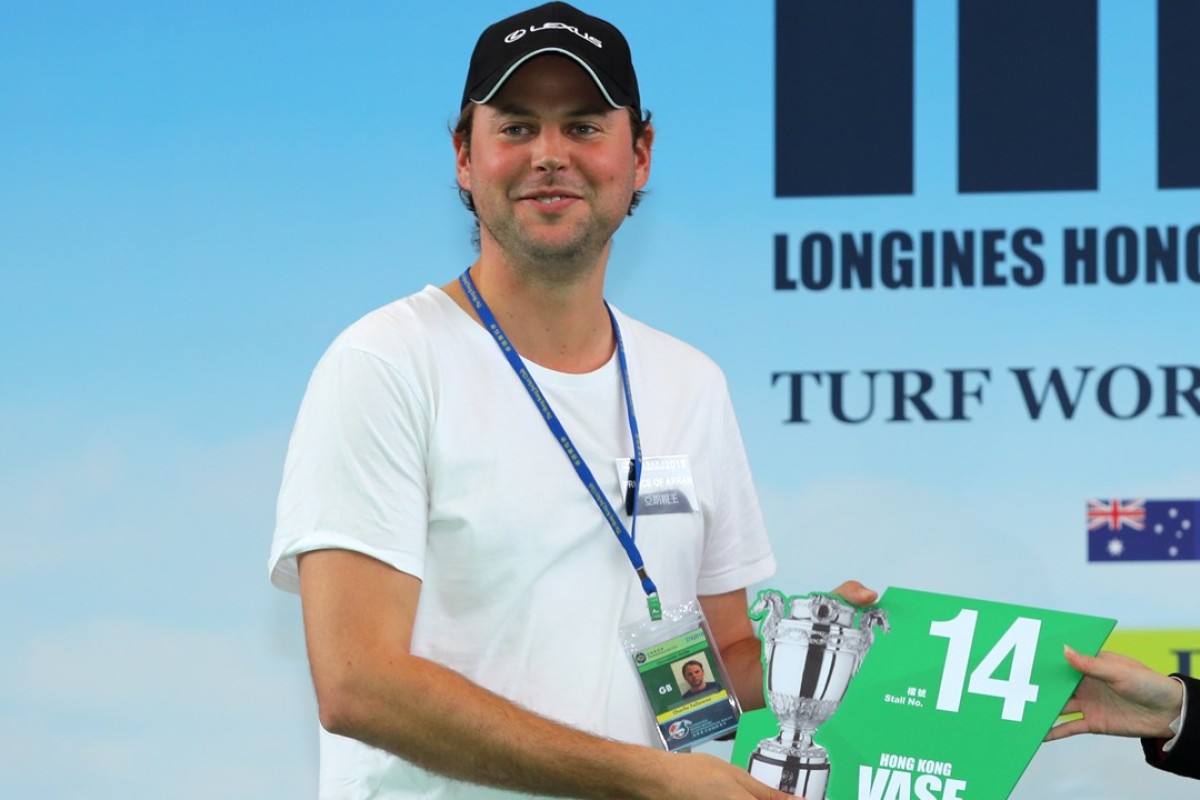 He’s built a name as a first-class trainer in his own right but still you get the feeling Charlie Fellowes is on the ride of his life with Prince Of Arran, who runs in Sunday’s Longines Hong Kong Vase (2,400m).

The five-year-old comes to Hong Kong on the back of a superb performance in Melbourne’s spring carnival that included a third in the Melbourne Cup and victory in the Group Three Lexus Stakes, both at Flemington.

Fellowes, who is based in Newmarket in the United Kingdom, has taken his career up a notch in 2018, largely on the back of Prince Of Arran’s globetrotting success in Dubai and Australia.

“It’s my fifth year training, to have a horse like him who can turn up at every big meeting in the world and run well, it’s been huge for my career,” Fellowes said after a mad dash from the airport to watch his horse work at Sha Tin on Thursday morning. 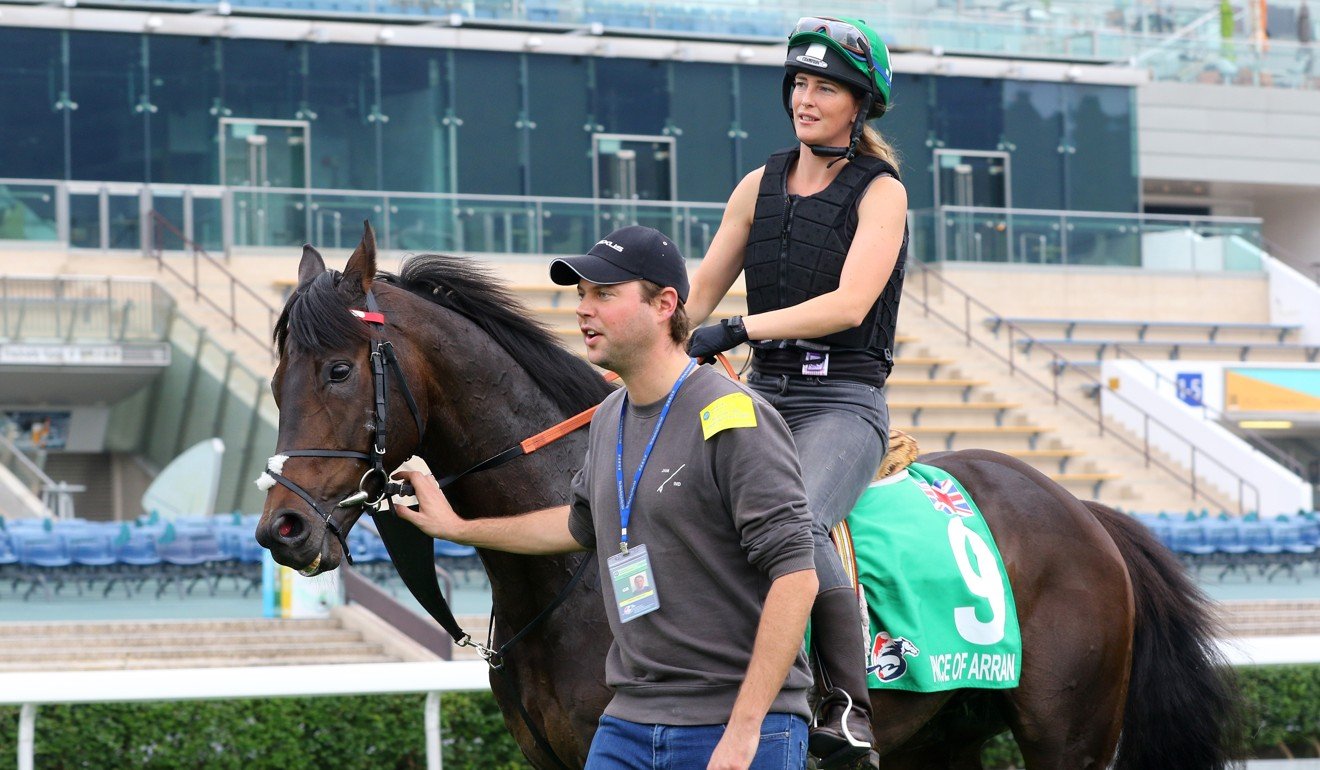 “The amount of publicity the yard has had as a result has been remarkable, so I owe this horse a huge amount and we’re very lucky to have him.”

Prince Of Arran faces a tough task in one of the strongest Vases in memory, and Fellowes praised the work of travelling head girl Tash [Eaton] for priming the horse for his first start since the Melbourne Cup.

“Tash has done a great job. She’s basically training him, I’m not doing much to be honest,” he said with a smile. “I just tell her what to do. He looks fantastic. He had a gallop this morning, a final leg stretch before the big one on Sunday and seems to be in good form. He looks a picture.”

Fellowes expressed his concern at Prince Of Arran’s chances on a wet track in a Melbourne Cup that was run on a soft surface, but expects him to thrive at Sha Tin. 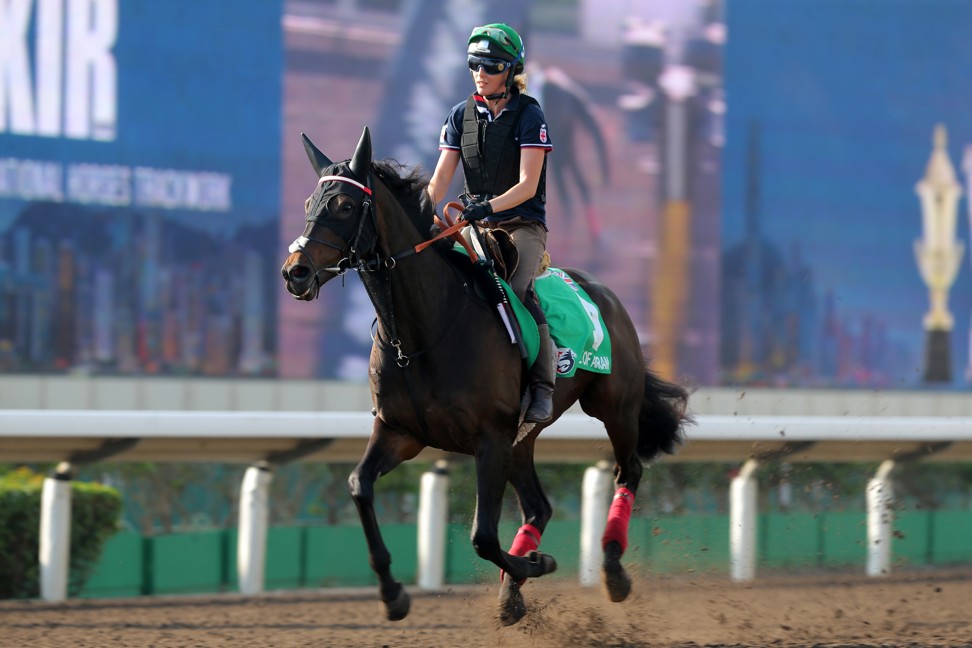 “He’ll love the track, he’ll love the ground and I hope it doesn’t rain, but to be honest after the Melbourne Cup I’m not too worried,” he said.

“My gut feeling is that he’s better over a mile and a half than he is over two miles. He gets the two miles but he doesn’t hit that line, he got outstayed in the Melbourne Cup.

“I think over a mile and a half he’s got a turn of foot, as he showed in the Lexus, and I think in the Lexus he probably didn’t come out of fourth gear that day. He’s got some tough opposition, but that’s why we’re here.”

And it won’t be all work and no play for the 32-year-old, who is in Hong Kong for the first time.

“All everyone from England has said is ‘you’re going to have an amazing time, it’s the best trip of the whole lot’,” he said. “I don’t know what to expect, I’ve heard it’s good fun and hopefully we can enjoy it all.”

And to land a winner with his first runner in Hong Kong? “It would cap off an amazing year. I’ve got a few owners out here in Hong Kong and the publicity you get from winning big races like this is huge.” 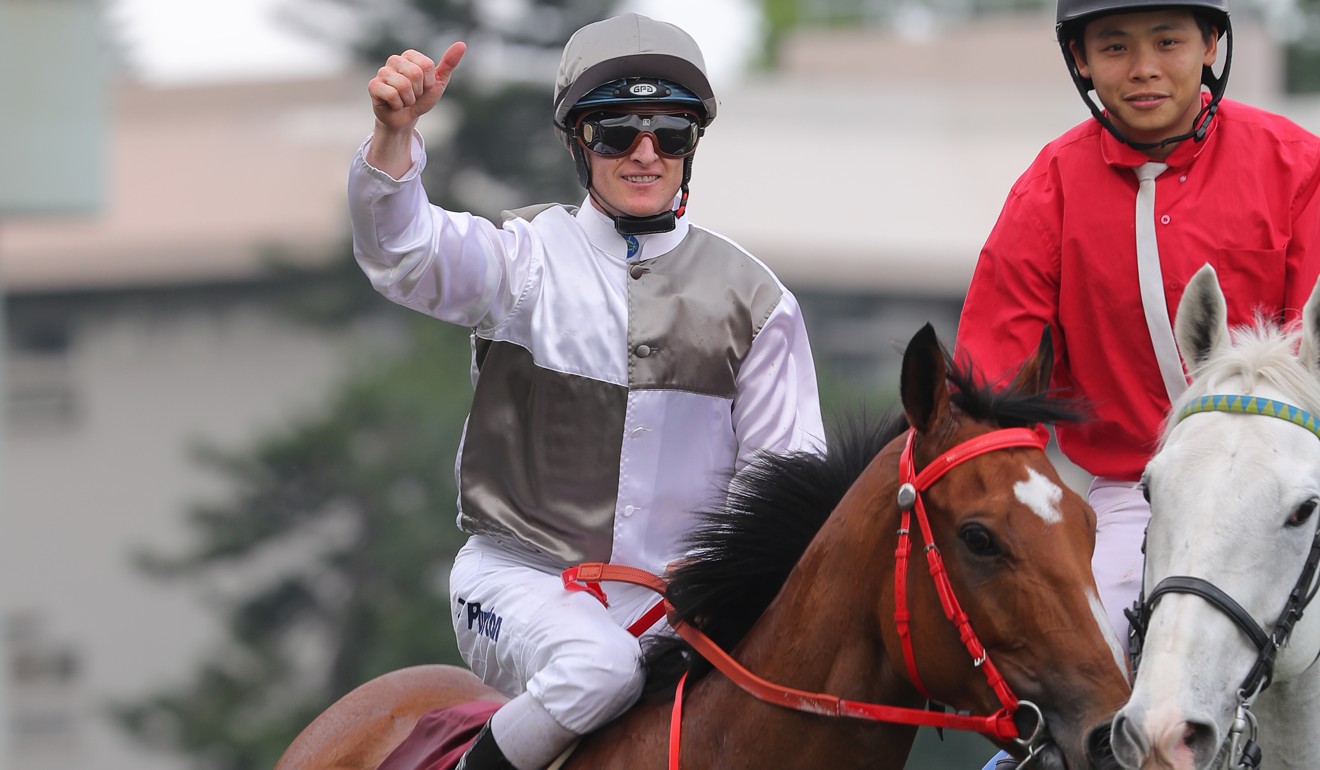 He had to make a decision after Group One winner Ivictory produced ordinary runs at his last two starts and Zac Purton says he was more than happy to roll the dice and ride the unproven Little Giant in the Hong Kong Sprint.

The ability of the David Hall-trained six-year-old has never been questioned, but foot issues mean he has only raced in Hong Kong five times and steps up to Group One level from Class One.

“I think the sprinters in Hong Kong are very even at the moment and I was happy to take the chance on a horse that was unexposed, let’s see if he’s good enough, he may not be good enough but I am happy to put my faith in him,” Purton said.

“I thought Ivictory was running a little bit below par this season, it feels like he’s got a little bit of a hangover from how well he did last season.”

While Purton also rides superstar local Beauty Generation in the Mile, his other two rides in Time Warp (Cup) and Exultant (Vase) are also very much unknowns. 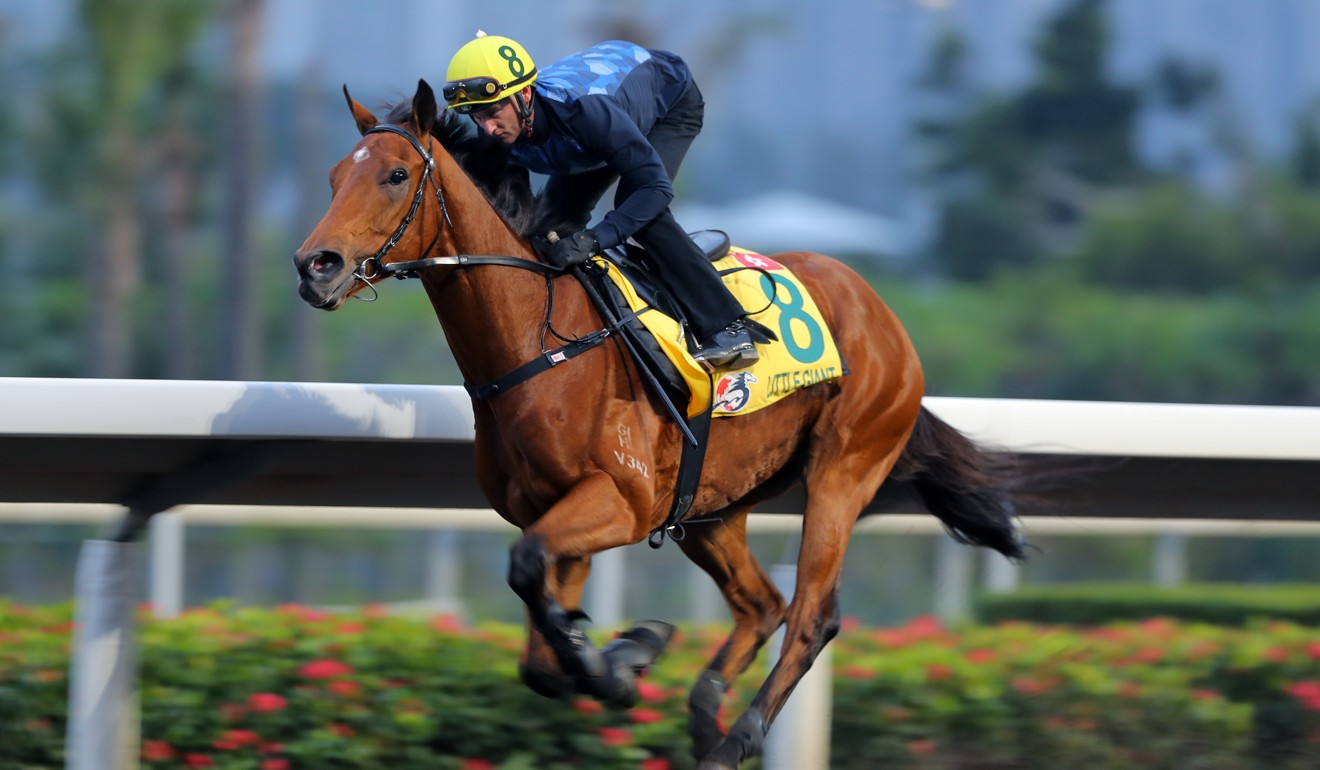 Time Warp has been inconsistent, while Exultant comes up against a top-notch Vase field.

“I can’t work him out. He’s hot and cold this one,” Purton said about Time Warp. “He never trials any good on the dirt so I think you can put a line through [that], because it was short of his best distance and not a surface he appreciates. When he’s good, he’s very good but when he doesn’t want to, he just puts the flag up.”

Purton hopes the speed is on for Exultant, but know he’s up against some serious international raiders.

“Unfortunately for him he has probably struck a Vase that is one of the strongest in years but he is a very consistent horse, he is very honest, he has a great set of lungs and is an out-and-out stayer,” Purton said.

“The faster they go, the better because he will just keep grinding away while others won’t be able to handle the pressure.” 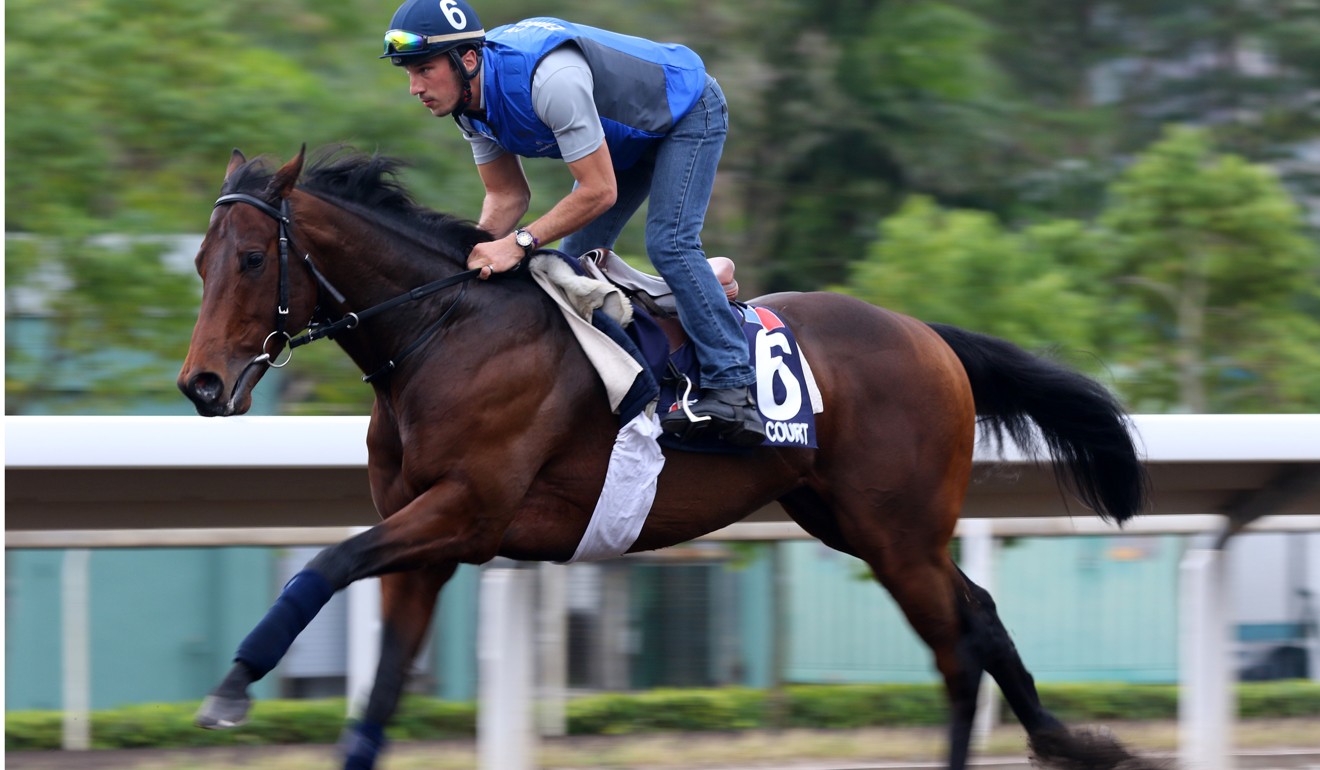 The enormous operation that is Godolphin have only two horses in town and Sprint contender Fine Needle has caused the most buzz of the two, but Mile runner Inns Of Court worked well on Thursday morning as he prepares to tackle Beauty Generation.

“[Trainer] Andre [Fabre] has always felt he is capable of winning a Group One over a mile. We are under no illusion of how competitive the race is and how hard it is going to be to win. We are just really hopeful he can run up to his best level and do us proud.”