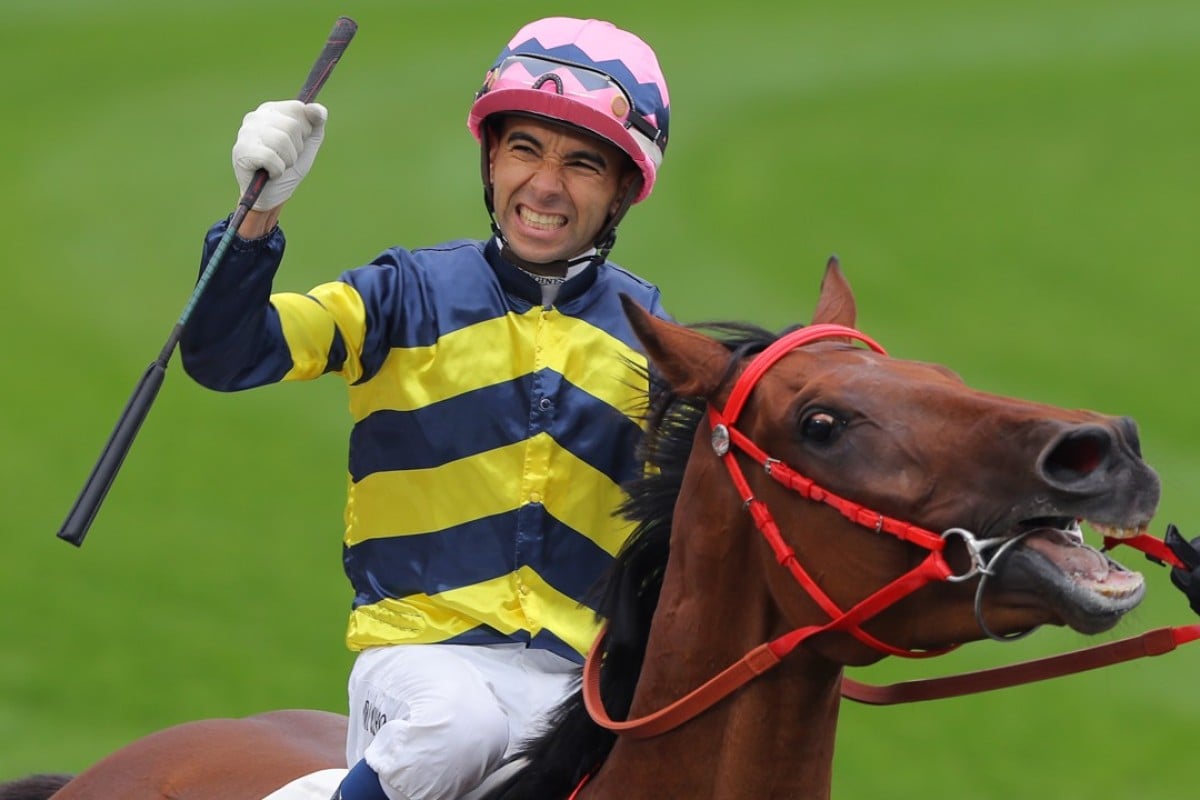 It didn’t go their way in the features at the Longines Hong Kong International Races but John Size and Joao Moreira got their new partnership off to a strong start all the same, combining for two winners at Sha Tin on Sunday.

Size had to settle for second and third in the Hong Kong Sprint and Moreira came second in the Vase, but their wins with Insayshable and Raging Storm gave fans a taste of what is to come.

Sunday was the first day of Moreira’s six-month stint as Size’s stable jockey and his brilliance came to the fore aboard Raging Storm in the Class Two Lord Kanaloa Handicap (1,200m), a horse he has ridden seven times for five wins.

The #HKIR races may have eluded them but Raging Storm completes a double for Joao Moreira on his first day as stable jockey to John Size by holding the late charge of Hinchinlove. #HKIR #HKracing pic.twitter.com/yF247pVX8w

The four-year-old struggled at his first three starts this season in Moreira’s absence, but has won two in a row under the Brazilian after also saluting on Jockey Club Cup day three weeks ago.“Absolutely,” said Size when asked if he put Raging Storm’s form turnaround down to his reunion with Moreira.

“He’s not an easy horse to deal with in a race. Today he’s got to cover ground, he hasn’t got something to follow then he gets to the front too early, which is not the fault of the jockey, then he loses concentration. He nearly got beat because of that. 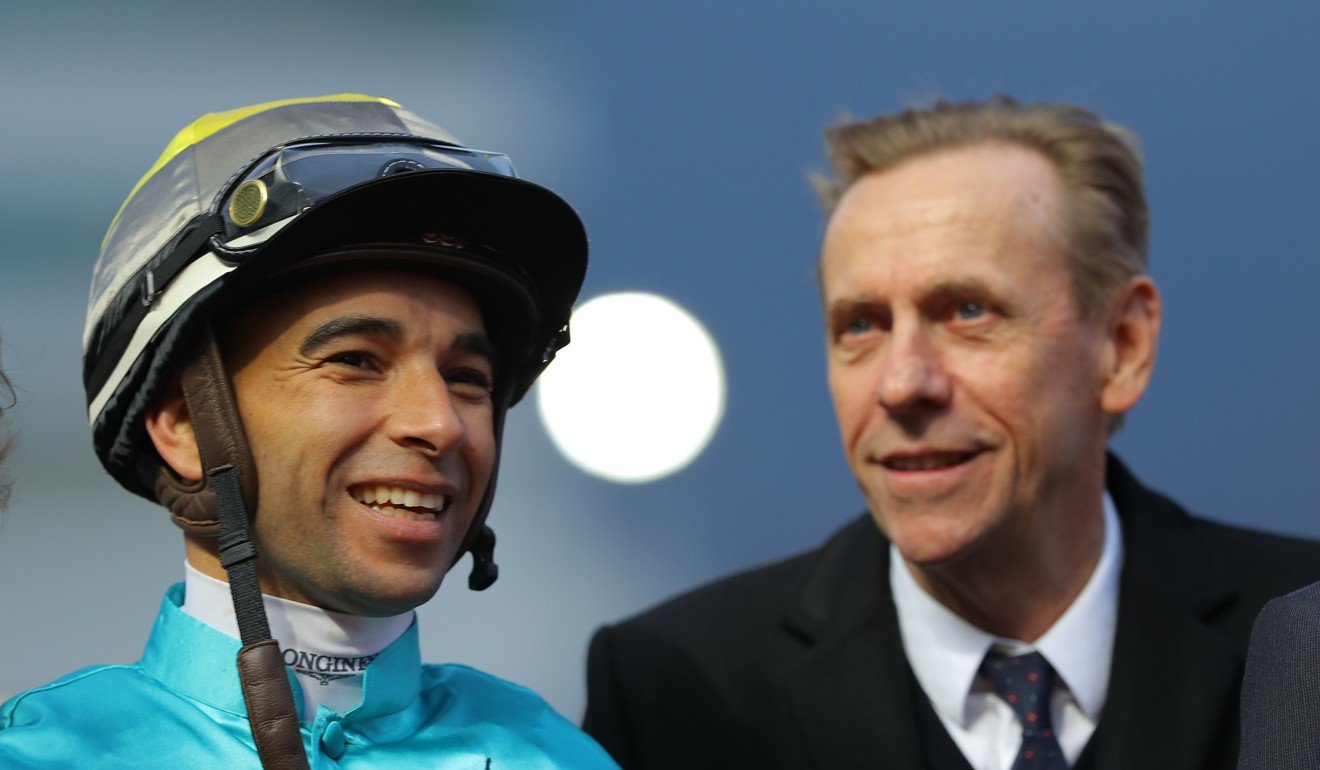 “I think a stronger paced race when he’s got something to run at, he can probably win in a higher grade.”

And 10-time champion trainer Size was as modest as ever about what the future holds for him and the Magic Man. 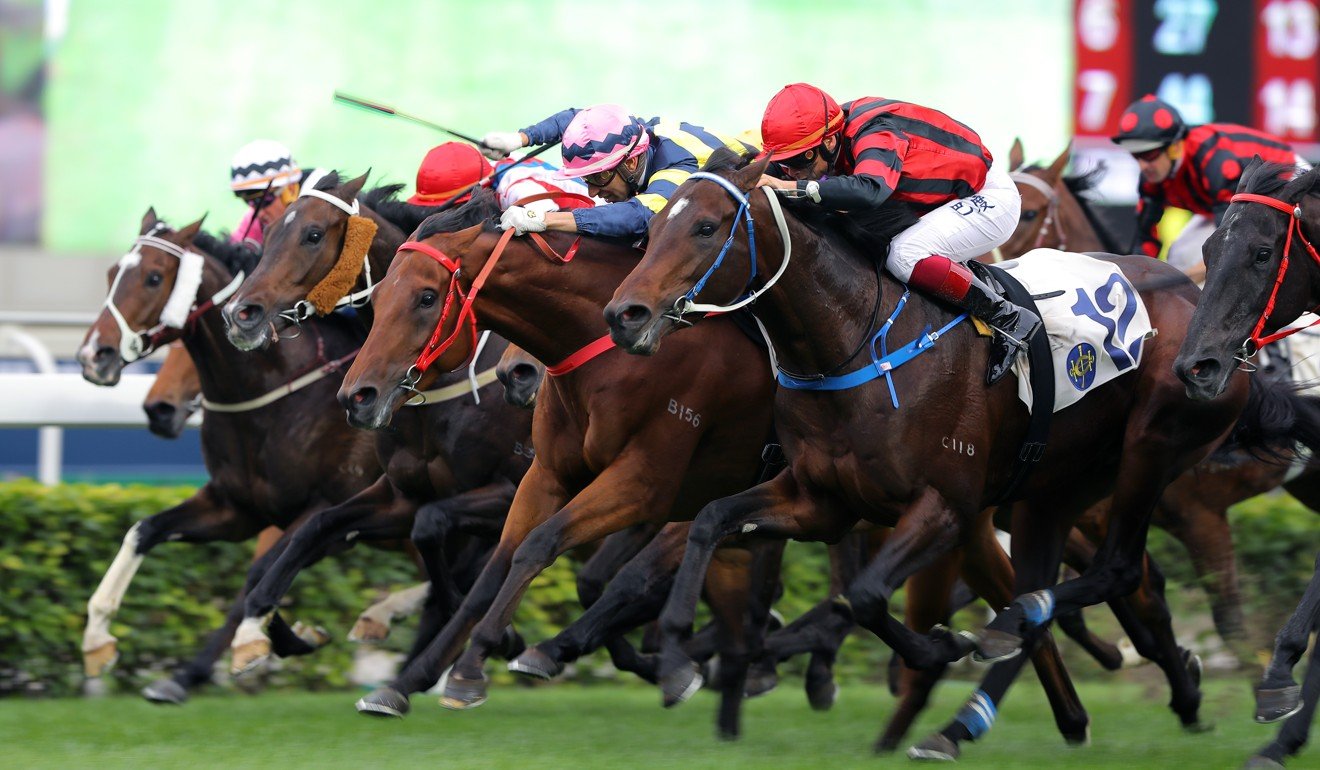 “I just hope I’ve got enough ammunition to keep him happy, I’ll do my best,” he said.

Insayshable’s win came in a hot Class Two Maurice Handicap (1,600m), with a number of up-and-coming stars showing they could be at the coalface come the BMW Hong Kong Derby in March.

The Caspar Fownes-trained Tigre Du Terre produced an enormous run in his first start in Hong Kong, with the three-year-old beaten a nose after being sent out at 141-1.

There has been plenty of buzz around the Frankie Lor Fu-chuen-trained Dark Dream, who surged home into third in his first start in Hong Kong after winning the Queensland Derby in June.

While Moreira walked away with a double, Alexis Badel was left ruing what might have been after being so narrowly beaten on Tigre Du Terre and also coming in second to the Brazilian when Hinchinlove went a short-head from knocking off Raging Storm.

To add insult to injury for Badel, the Frenchman dropped his whip 200m from home on Hinchinlove. 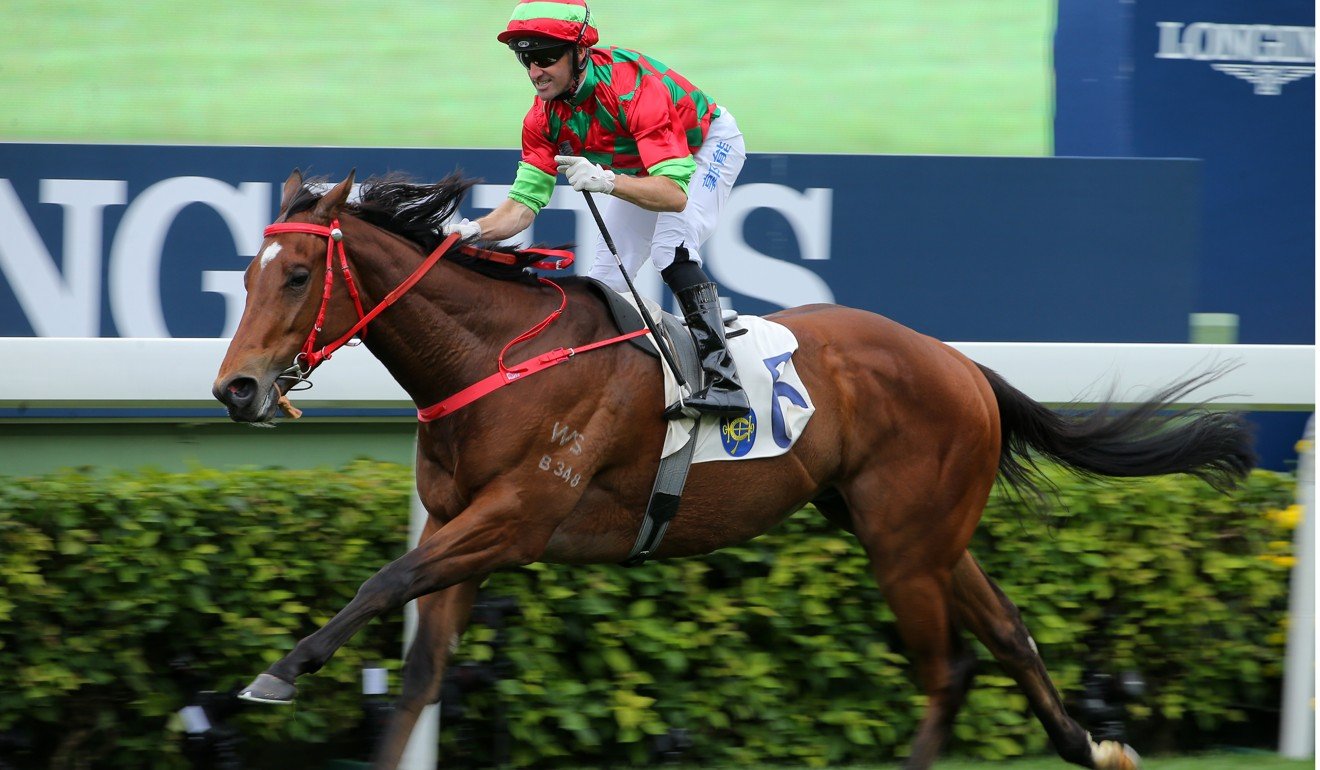 Regency Legend joined Shum’s stable after winning two times in three starts in New Zealand, as well as running second in a Group Two, and the trainer was pleased with what he saw.

“I gave him four trials in Hong Kong and he was just OK. He didn’t show anything special so I moved him to Conghua. His trial in Conghua was very good,” Shum said. “Today he showed a good turn of foot, it was good.”

And on the day that Mr Stunning became the first horse since Lord Kanaloa to win back-to-back Hong Kong Sprints, the man that rode the Japanese star to victory in 2012 and 2013 – Yasunari Iwata – saluted in the Class Four Jim And Tonic Handicap (1,400m) aboard Smart Charade for prolific Japanese owner Toru Okawa.

“The Japanese owner, I told him I would run him in December and he said ‘so I can choose the jockey?’ I said ‘of course’,” said trainer Chris So Wai-yin after the victory.