The Australian puts on a clinic at Sha Tin, equalling his fastest ever start to a season 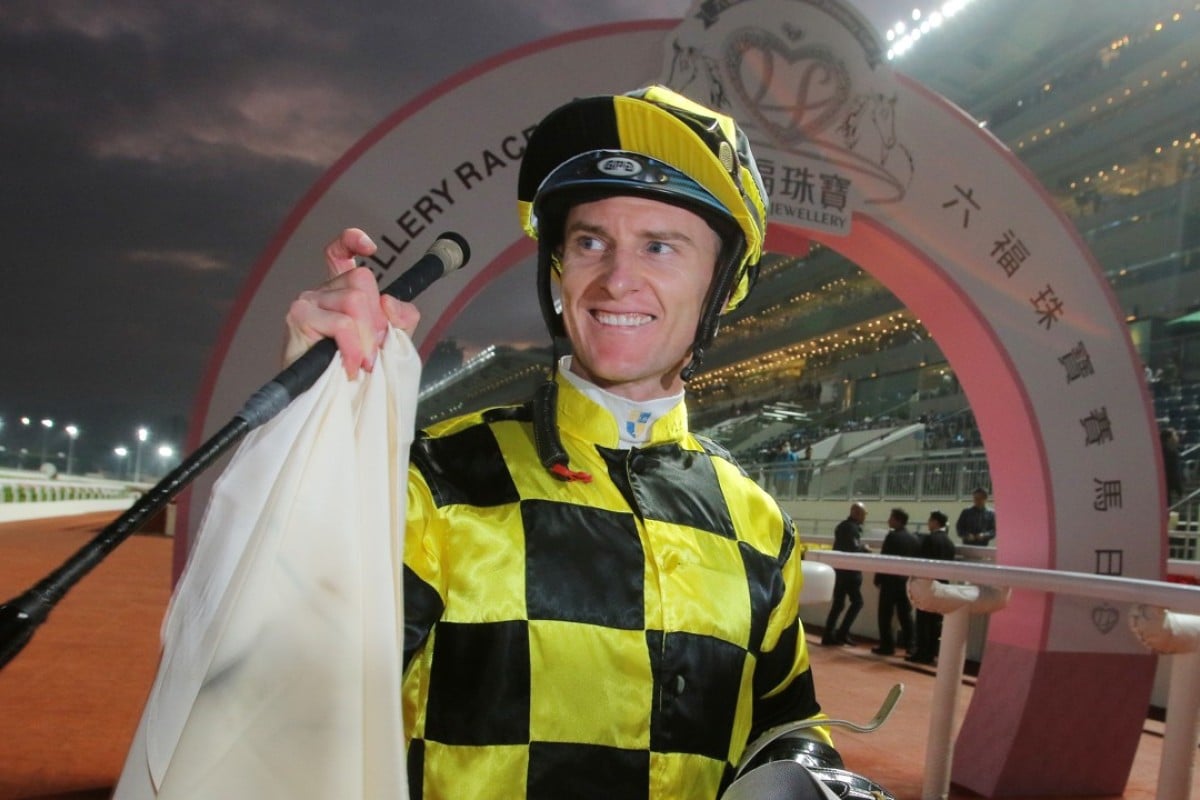 Zac Purton does his best to create the figure nine with his fingers to signify his milestone victory. Photos: Kenneth Chan

Zac Purton is riding at the peak of his powers, so it was entirely appropriate he brought up his 900th Hong Kong winner with a quintet at Sha Tin.

The two-time champion jockey is right on target to collect a third, putting on a clinic with five winners and three seconds from 11 rides to take charge of an otherwise ho-hum meeting.

It continues a hot streak that started with a Group One double last week, continued with a treble at Happy Valley on Wednesday night and culminated with his complete dominance on Sunday.

That is 10 winners in the space of eight days (from 27 rides) and even though he was already in rare air in terms of his place in Hong Kong racing history, 900 is a significant number.

Hong Kong's champion jockey @zpurton has put on a show of strength at Sha Tin today: John Moore's progressive chestnut Taking Aim makes it five on the day - and 900 Hong Kong winners in all - for the rampant Aussie in the Sha Tin finale. #HKracing pic.twitter.com/VjsIZJVCGF

Purton sits behind only Douglas Whyte (1,809 after a double on Sunday) and Tony Cruz (946) for the most winners in Hong Kong, both legendary figures, and he is on pace to pass the latter this season.

Reflecting on the milestone, the 35-year-old acknowledged just how far he has come.

“I came to Hong Kong hoping I’d be able to ride one winner and here I am a decade later having ridden 900,” Purton said.

“It’s obviously very satisfying, there’s been a lot of hard work going into it and I’ve just been very fortunate. In recent times I’ve had a lot of success with support from a wide range of owners and trainers and that’s the key to any place – being given those opportunities. Hopefully I can continue to get them.” 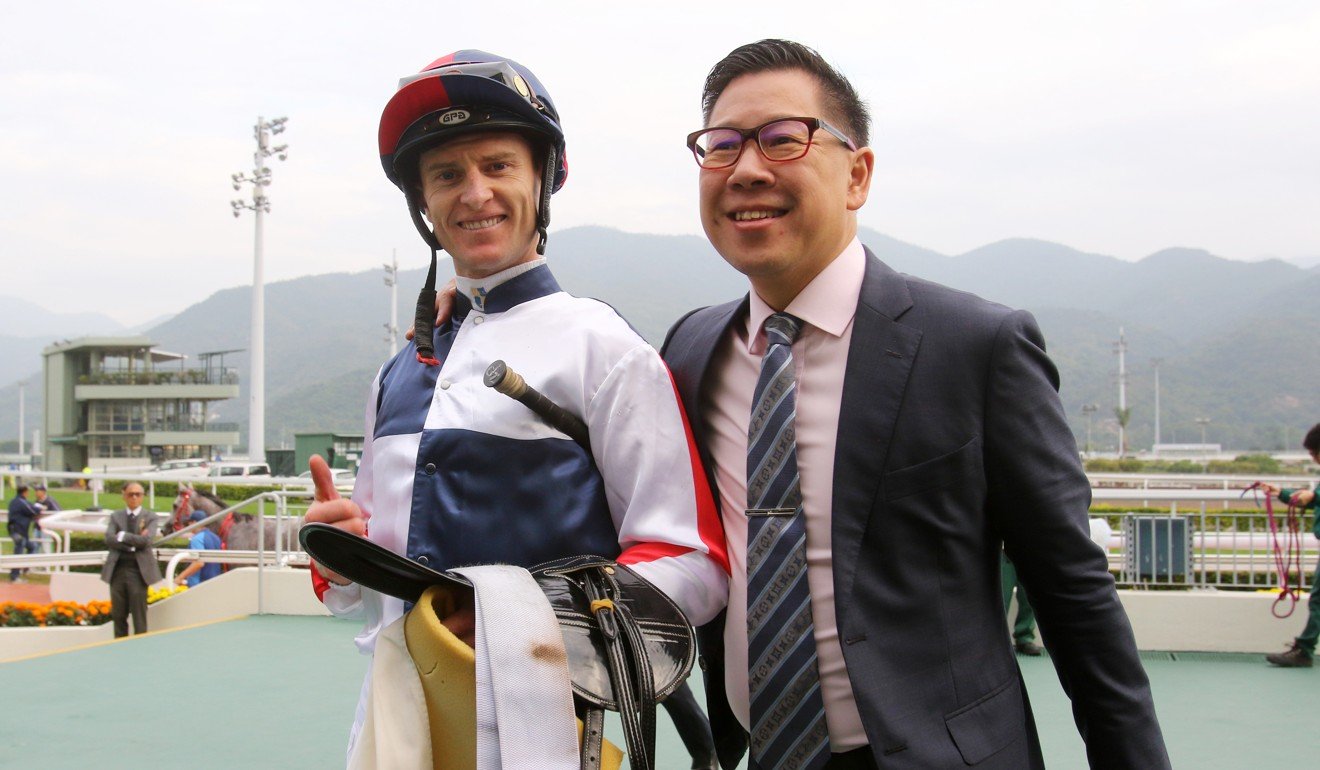 “At the end of the day, you can’t do it without the horses. Funnily enough, I came to the races today thinking I’d be happy to ride just one winner and I’m walking home having ridden five,” Purton said.

“You have those days where the horses just seem to get in the right spot, with the right tempo and the right run and they get the job done.

“You come to the races other days thinking you’re going to have a good day and you walk home not too happy with how things have gone.

“It was nice to ride some winners for Dennis as well, he’s been a great supporter of mine over the years and three for him today was good.”

Four for @zpurton and three for trainer Dennis Yip: Racing Fighter has the Aussie's assistance for the first time and shows the benefit in a thrilling finish for R8 #HKracing pic.twitter.com/qysqJe7HwZ

Purton now has 45 winners for the season, 12 clear of second-placed Karis Teetan, to equal his fastest start to the season.

In 2013-14, he had 45 victories by December 17 – his first championship-winning term, while he is seven winners in front of where he was this time last year.

“That’s nice – it’s not good that I’ve got the three-meeting suspension coming up now, that might put a little bit of a slow on those numbers but it is nice,” Purton said.

“Obviously people were expecting big things from me this season and hopefully I can continue to bang in the winners.”

Of all his winners, the Australian was most impressed by Hurricane Hunter, who took out the Class Five Lukfook Jewellery Goldstyle Collection Handicap (1,400m).

Three in a row for @zpurton and the champ is at the peak of his powers as Hurricane Hunter threads the needle from the rear to win R5 going away. Purton's lead over Teetan hits double figures for the first time this season. #HKracing pic.twitter.com/lVoPpajRQI

Even though it was in the cellar grade, Purton was thrilled with the way he attacked the line, picking through gaps towards the rail after settling at the tail of the field.

“He’s been working really well all season and I said to Dennis I cannot believe he hasn’t been able to win a race,” he said.

“But we changed the tactics on him today, rode him quieter and we needed all the breaks at the top of the straight, fortunately we got them, but he won with something up his sleeve and he can take some confidence out of that. Hopefully we’ve found the key and he can go on with it a little bit more.”