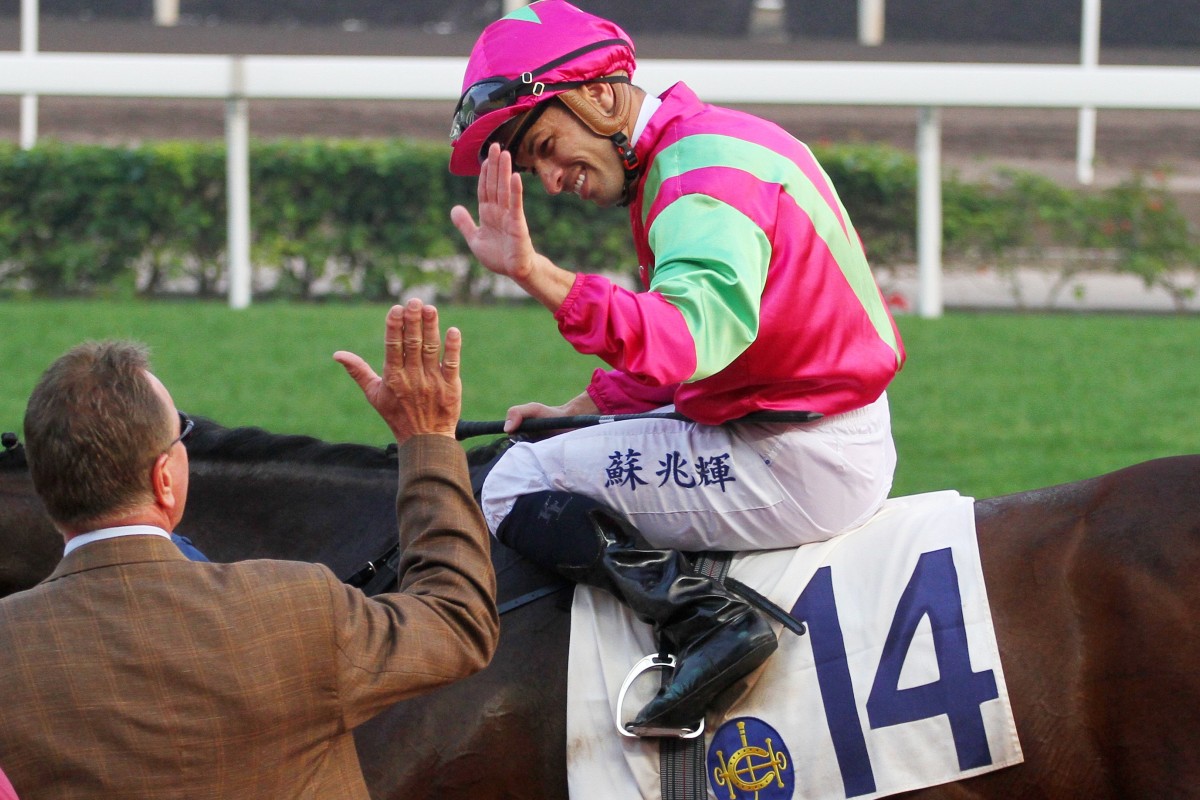 Trainer Tony Millard believes the prospect of racing overseas with his born-again galloper Elusive State rests with the Jockey Club and whether they are willing to produce another race to allow him to improve his rating.

The five-year-old made it four wins on the trot for his new trainer at Sha Tin on Saturday, overcoming a difficult trip to win easily in the Class Two Leighton Handicap (1,650m) on the all-weather track.

The win also made it six wins in his last seven starts, with Millard saying the horse is a late developer. Such is his lofty opinion of the horse, Millard has nominated him for the Group One Dubai World Cup and the Group Two Godolphin Mile during the Dubai racing carnival in March.

However, with a rating of just 80 before Saturday’s win, Elusive State is all but certain to miss out on the overseas trip unless he races again to further improve his standing.

“Hopefully we get another race, there is a chance the Jockey Club will put another race on in early March and if he’s good enough, he can win that then we will see,” he said.

“Lets be frank, and unless the Jockey Club come to the party and put on a race, we’re going nowhere, we are going to Korea next year, but that’s it.”

The Dubai dream is still alive! Elusive State needs to improve further to have any chance of fulfilling entries in the Godolphin Mile and Dubai World Cup but he's thriving for Tony Millard and lands the featured Leighton Handicap decisively to seal a de Sousa treble #HKracing pic.twitter.com/SsICl8ndsU

A relived Silvestre de Sousa said he was not panicking when he was caught four wide during the trip, with the jockey saying the horse was travelling well at the time.

“He did it the hard way again, travelled four wide, but when I went out there, I thought he was the best handicap in the race,” he said.

“I was quite happy because he was still travelling the way I wanted. When I let him down I thought Mr Size’s horse [Raging Blitzkrieg] was the one to beat so I couldn’t give too much ground to him.

After having just three wins in 24 starts for former trainer Derek Cruz, Millard has dramatically turned around the fortunes of the former New Zealand galloper. Since arriving in Millard’s yard, the horse has put on 77 pounds. “He is a nice horse, this is the thing, Derek [Cruz[ was desperate with the horse, he ran him 18 times but so would have I if I was in the same position as him,” Millard said referring to Cruz’s fight to keep his licence last season.

“What we see here is a little bit special, you have to take it into perspective, he has come from Class Five and he ran 18 times last season.

“He is a very good horse, if he got a clear run and hadn’t run four wide the entire way, he wins by 20 yards.”

The win capped off a trio for De Sousa, whose eventful day ended with the Brazilian copping a two-meeting suspension, which will come into place from January 30. 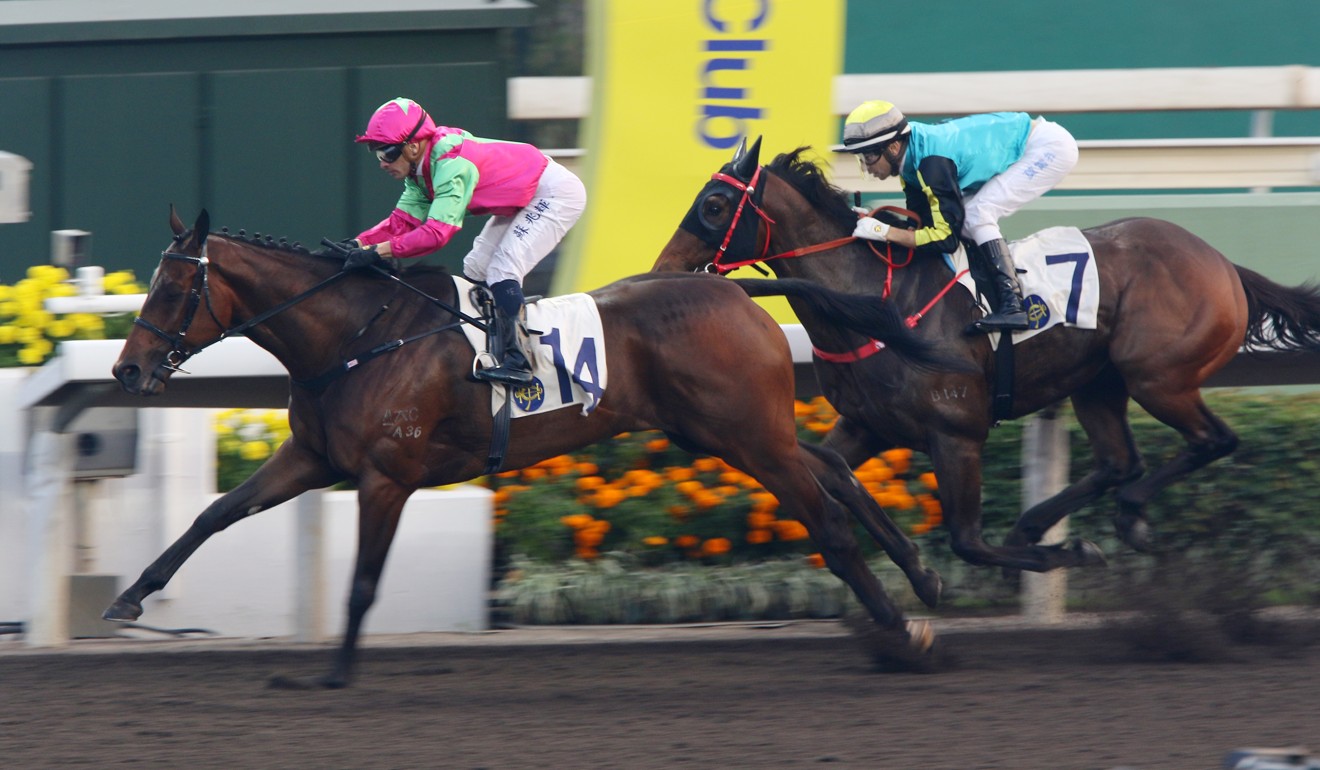 “He is a nice horse, the blinkers have sharpened him up a bit, I was in a bit of trouble getting out of the pocket but when he got his chance, he put his head down and put the rest to bed very easily,” he said.

As the Britain’s champion jockey, De Sousa is set to finish his Hong Kong contract at the end of February, but he will not be leaving empty-handed, having amassed 22 winners since arriving in November.

Trouble-prone jockey Matthew Poon Ming-fai again found himself on the wrong side of the law with stewards dishing out a two-meeting suspension to him, along with Dylan Mo Hin-tung.