The gear change has made a world of difference to the four-year-old, who salutes again at Sha Tin Blinkers can be used to sharpen a horse up by narrowing its focus, but it can also have the opposite affect in some cases.

The addition of the gear worked a trick for Frankie Lor Fu-chuen’s Right Choice in the eighth race and on the other hand, removing the shades has brought the best out of the David Hall-prepared Speedy Dragon.

Looking at his form – his best finish in his first six starts was seventh before rattling off two straight wins – you could be excused for thinking it has just taken a little bit of time for the four-year-old to acclimatise.

One for Matthew Poon's highlight reel in R4 at Sha Tin: @zpurton leaves the door ajar in front on fancied newcomer Solar Wai Wai and Poon drives through it for a thrilling success aboard David Hall's progressive Speedy Dragon #HKracing pic.twitter.com/H7g2Zwm15n

But the trainer thinks it is as straightforward as removing the blinkers he wore in his first half-dozen runs.

“Maybe it took a bit of time for me to work it out, I was the one that put the blinkers on him and was trying to make him go,” Hall said.

“He’s out of a pretty fast-running mare in Innovation Girl and I thought that might have been what he needed.

“Maybe we were trying a little bit too hard by putting the blinkers on and making him go and it had a bit of a reverse affect on him. Obviously he was disappointing, he wasn’t running quite up to his trackwork and we made that decision to take them off and it’s bearing fruit. 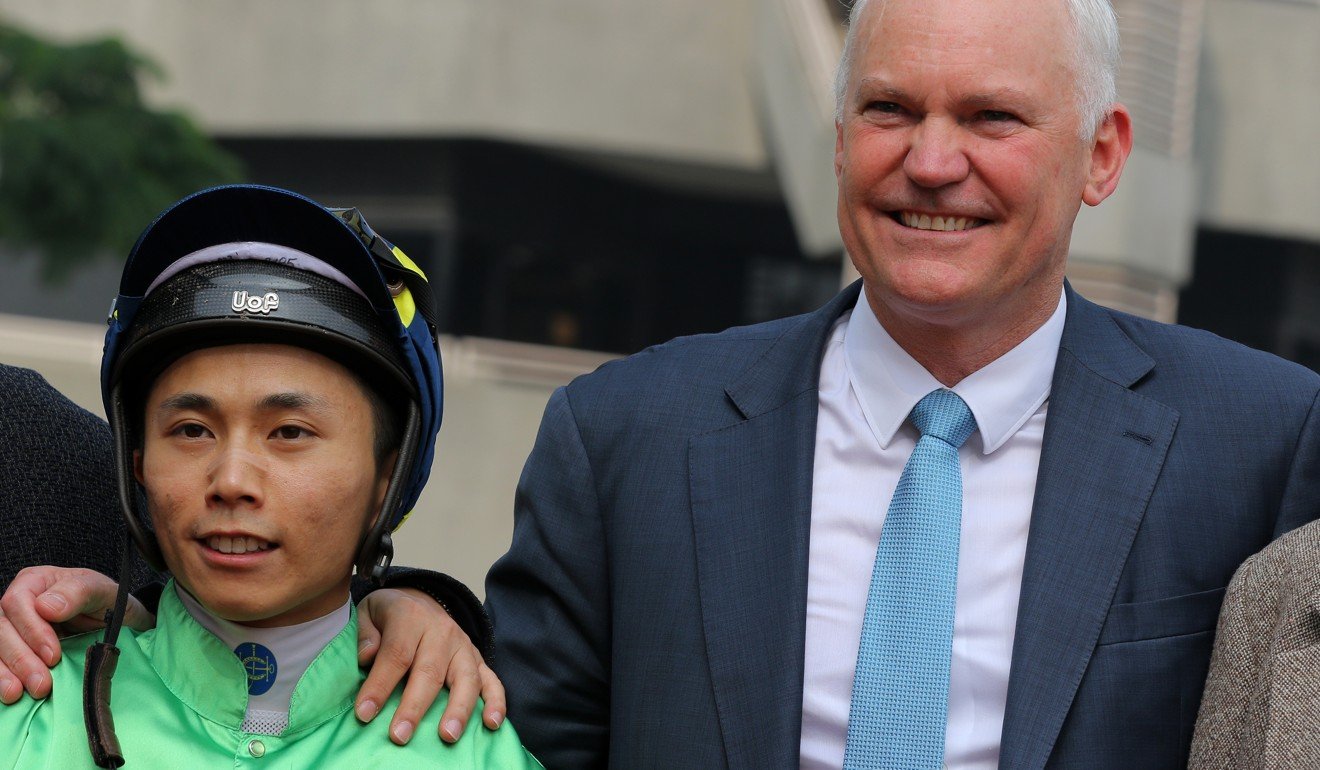 “Last start we rode him a bit quieter and got him to the outside to see if he could get his confidence going and he bobbed at the bigger odds.

“He’s delivered today going up the inside – he doesn’t need the blinkers, he was brave going up inside that horse and got the job done.”

“I don’t think he’s finished with yet, he’s only won by a short margin today, so we won’t go up a hell of a lot in the ratings. While he’s still in Class Four I think he’s going to be competitive again.

“It’s funny, those sort of horses when they actually put it together they can keep going and the benefit of running badly meant he went down in the rating and he’s still in Class Four and gets another go.

“He’s lightly raced and he’s just got the idea of it now, he’s probably got the scope to be able to run 1,400m as well. Hopefully, there’s another one there.” 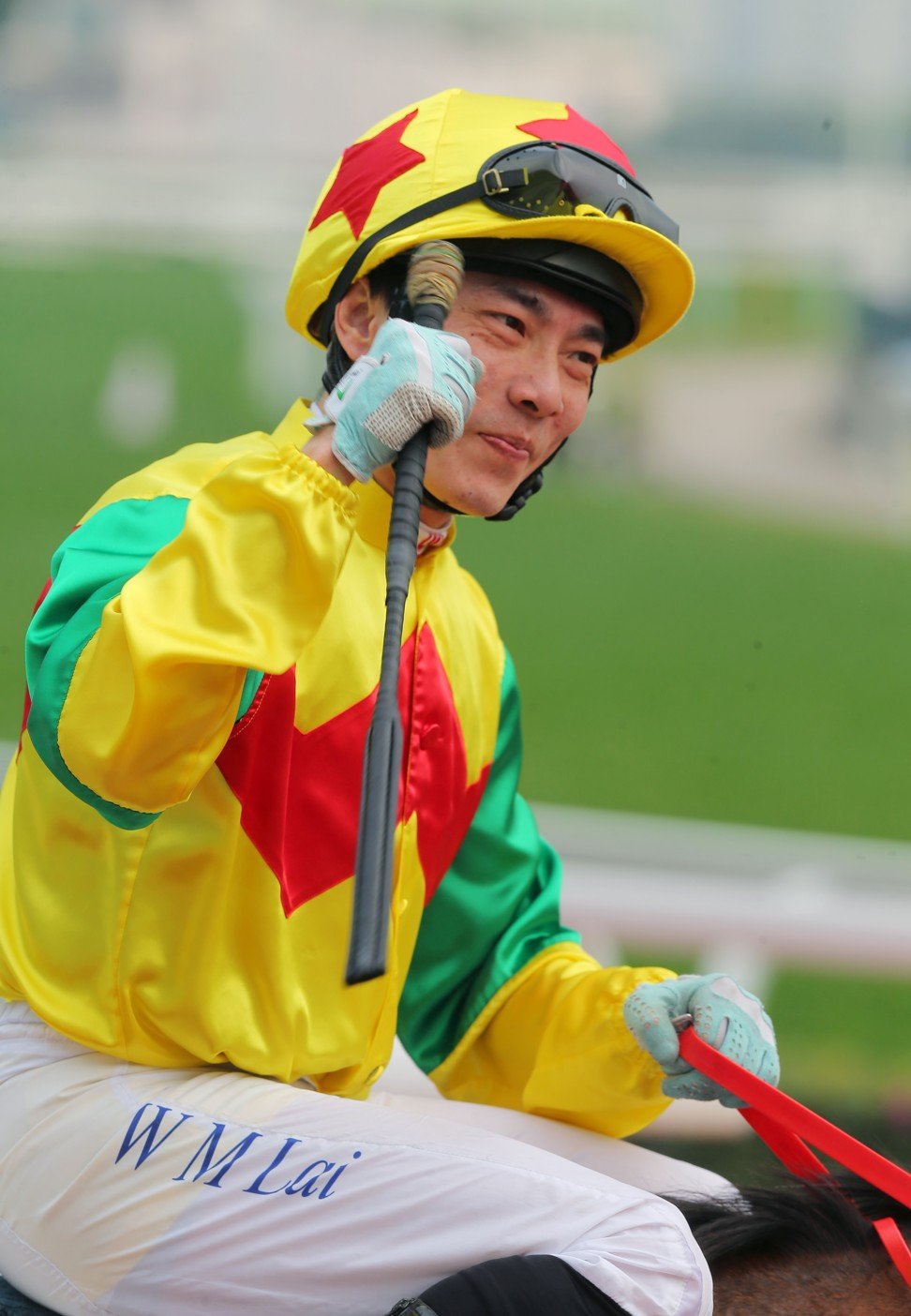 Veteran jockey Eddy Lai Wai-ming made a welcome return to the winner’s circle at Sha Tin on Saturday, snapping a three-month drought.

The win was his first since The Show saluted at Happy Valley on October 10, a run of 92 rides.

Lai almost had a double on the day, but Red Horse fell a neck short of Midnight Rattler in the third event.

Banned jockey Nash Rawiller has made an application to resume riding trackwork in Sydney, according to reports out of Australia.

Rawiller is currently serving a 15-month disqualification after the Jockey Club found him guilty of receiving gifts or money in exchange for race tips.

The penalty means Rawiller can’t walk onto a racetrack or stabling facility anywhere in the world until his disqualification ends in July.

If the application is approved, Rawiller could be back working horses before his ban finishes. The hearing is not expected to be heard for several weeks.

Meanwhile, Rawiller’s son Campbell, a regular figure at trackwork during his stint in Hong Kong, has begun his apprenticeship in Australia under trainer Logan McGill.

Insurance brand FWD is the new sponsor of Champions Day.

The company, which was established in Asia in 2013, gets naming rights to the day, which boasts a total of HK$70 million in prize money, and each of the three features – the QE II Cup, the Champions Mile and the Chairman’s Sprint Prize.

“The Jockey Club and FWD share similar values and we are delighted to welcome them as title sponsor to this exciting event,” Jockey Club chief executive Winfried Engelbrecht-Bresges said.

FWD takes over sponsorship of the QE II Cup from Audemars Piguet. 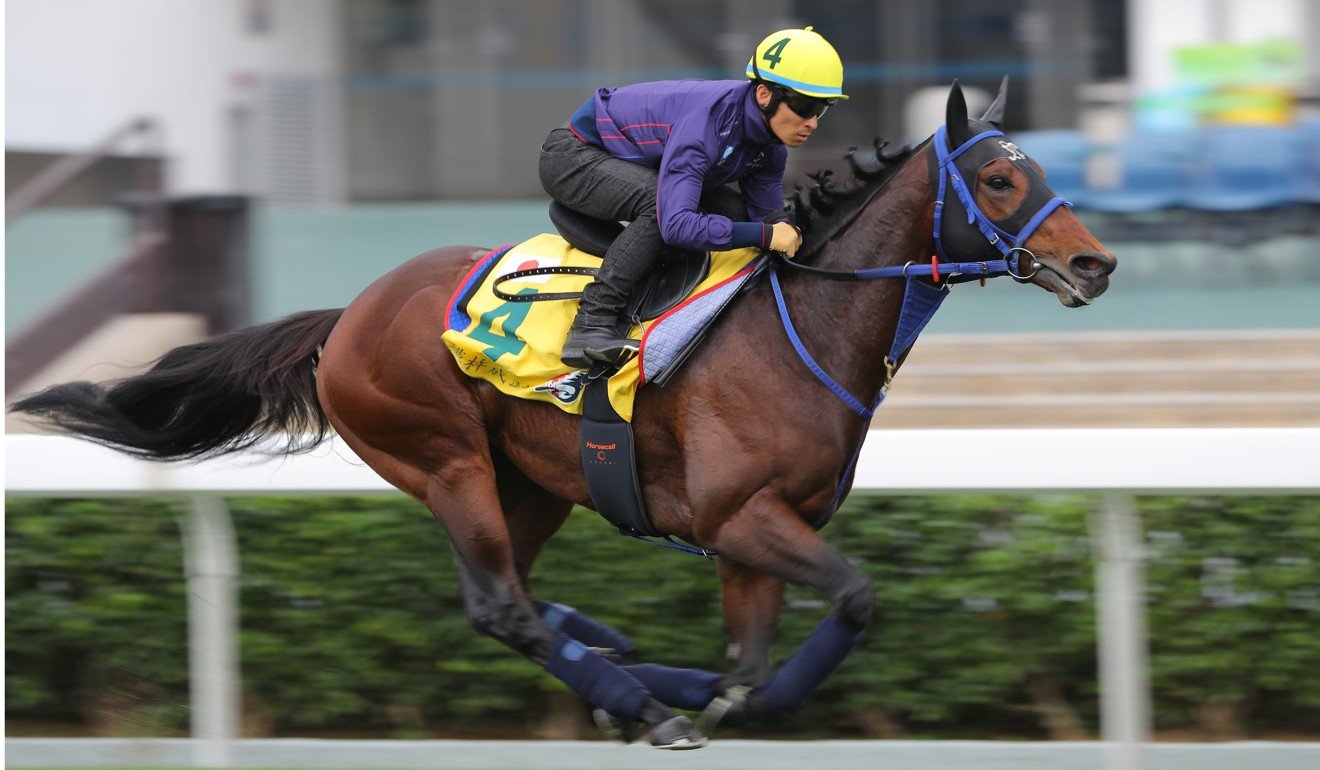 Last year, the Yoshitada Takahashi-trained speedster became the fifth horse to take out the two Group One sprints in Japan – the Takamatsunomiya Kinen and Sprinter Stakes – in the same year, following in the footsteps of Lord Kanaloa, the most recent runner to achieve the double.

Fine Needle also competed in Hong Kong twice, both in 2018, running eighth in the Chairman’s Sprint Prize before coming fourth in the Longines Hong Kong Sprint.

He was the first horse to carry the royal blue Godolphin silks to a Group One victory in Japan and now joins their stallion roster.