The Australian cops a three-meeting suspension and HK$75,000 fine after causing interference in the Classic Mile 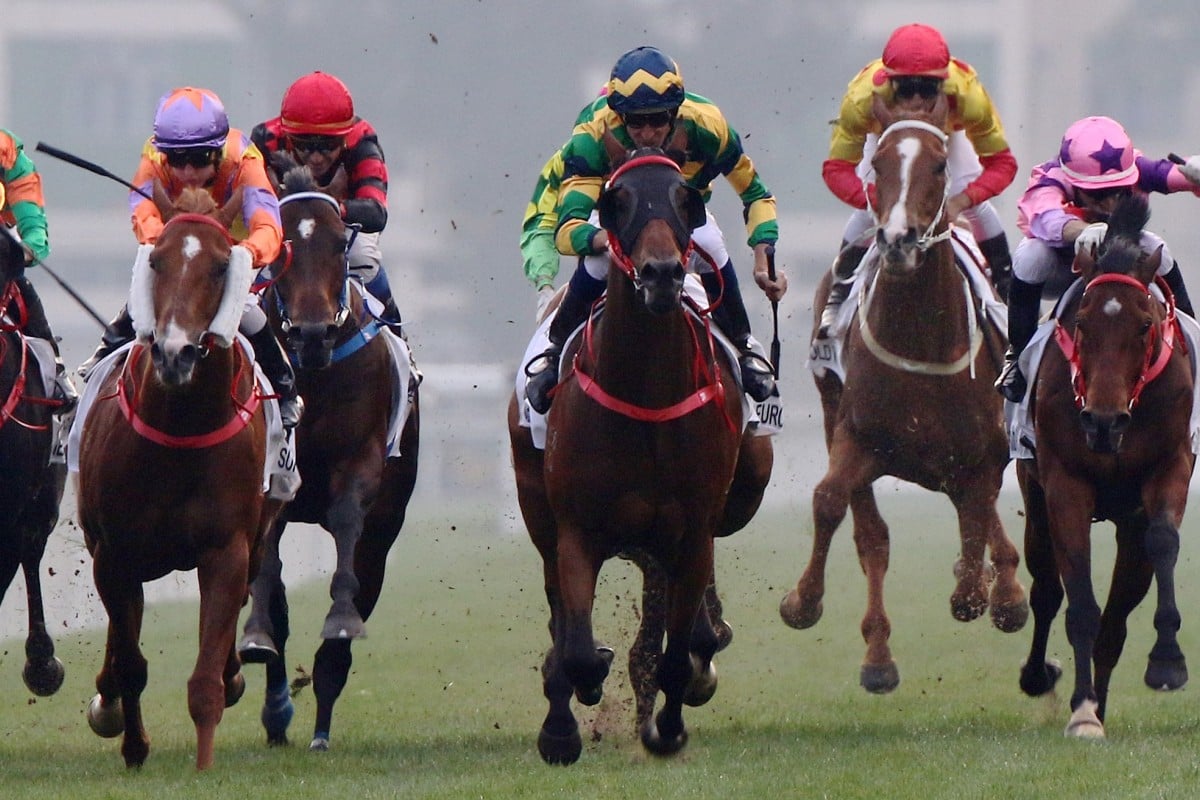 The Australian’s move to shoulder clear on Furore with 350m to go had a concertina effect, ultimately affecting six of his rivals, including the favourite Dark Dream.

One rider quipped he had never seen so many jockeys waiting outside the door to the stewards’ room ahead of the hearing.

But while the stipes thought about the more serious offence – which could have impacted on Bowman’s ability to ride Winx in the Apollo Stakes on February 16 if it was sustained – ultimately they decided it was careless.

Bowman pleaded guilty to that charge, copped a three-meeting suspension and a HK$75,000 fine and headed off to the airport to make sure he was back in Sydney for Monday’s Warwick Farm meeting.

“He tried to ease out from behind Tigre Du Terre and he said ‘I knew that I was going to at least crowd the room of Teetan and Schofield, but I thought I could do that and there would be enough room to come out’.

“But he accepted that he started the movement and we believe the further out it went, it made it worse.

“While the end result was an unsatisfactory result in that we had seven riders in the room and we had seven horses that were involved … he doesn’t barge out.”

It was a busy day for stewards – Chad Schofield (two meetings and HK$20,000 fine) was also suspended for careless riding in the Classic Mile, while the report from the Group Three Centenary Vase alone was 1,272 words. 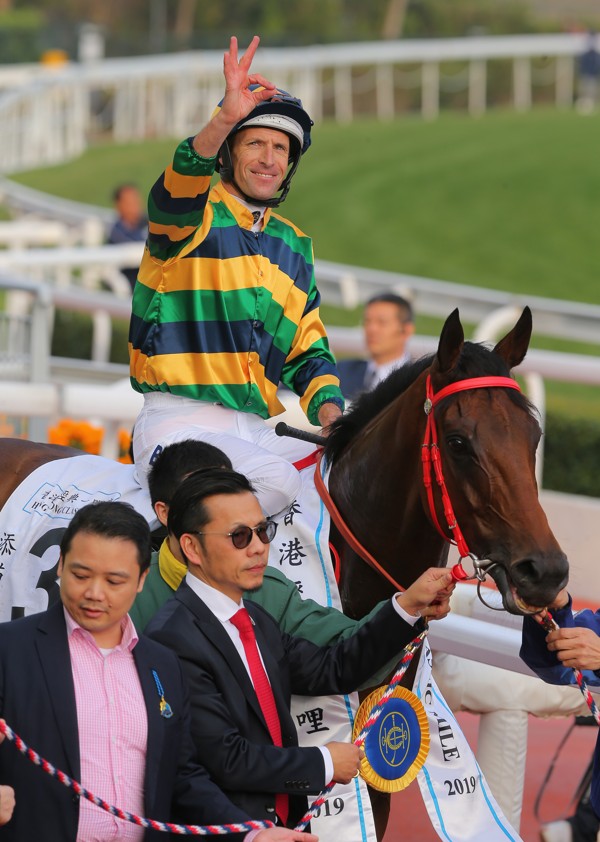 The three brought up the tail of the field, so there is plenty to unpack and we will address it in our next Talking Points column.

Regency Legend makes it a hat-trick

Regency Legend maintained his flawless Hong Kong record but trainer Danny Shum Chap-shing won’t be rushing his new star despite his huge opinion of him.

Sent out a $1.25 favourite, Regency Legend made it three wins from three starts since arriving from New Zealand in the Class Two Yuen Long Handicap (1,200m).

The beat goes on for Regency Legend: It wasn't all plain sailing for @zpurton but Danny Shum's gelding makes it three from three in R3 at Sha Tin with another powerful finishing split #HKracing pic.twitter.com/tCvze2k8CF

Shum said after Regency Legend’s second win that the Hong Kong Sprint on international day is the grand final for his horse and he hopes a good break now will hold the three-year-old in good stead.

“We will give him two months off, not off, I mean just a break. Refresh him again and find the right race after two or three months,” Shum said. “Now that he won, we will go to a Class One and not carry top weight.”

It’s not often you see a youngster winning with the top weight in Class Two, a point not lost on Shum.

A pre-race misadventure for Mr So And So

Perhaps Mr So And So’s flat effort in the Classic Mile can be forgiven.

The four-year-old gelding’s day got off on the wrong foot when he dislodged his rider when working on the small all-weather track at Sha Tin yesterday morning.

He proceeded riderless for a short distance and was subsequently inspected by a veterinary officer who advised he was in a suitable condition to race.

Mr So And So was inspected again before the HK$10 million contest and was given the all-clear, but the $8.40 chance only managed to finish eighth, four lengths behind Furore.

Trainer Richard Gibson’s left-field idea to take his top-rated galloper Gold Mount to Qatar for the Group One H.H. The Emir’s Trophy is no pipe dream.

The US$1 million race over 2,400m next month is firmly on the trainer’s radar after throwing in a nomination during the week. 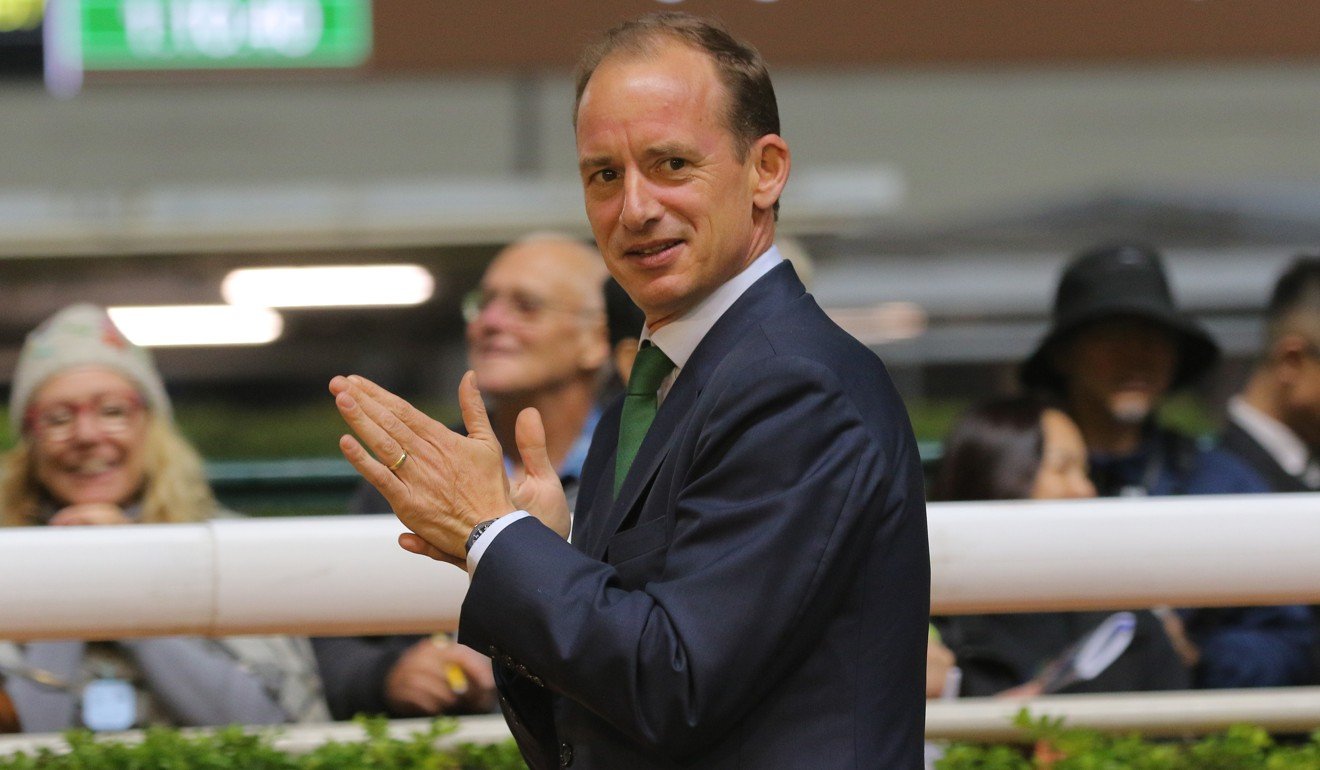 After switching to Gibson’s yard this season from Tony Cruz, Gold Mount has raced consistently at Group level while looking for more ground. The horse is likely to be the top-rated galloper in the race.

A final decision on the February 23 trip will be made after the six-year-old trials at Sha Tin.

The race is not completely foreign to Hong Kong with jockey Alberto Sanna winning in 2017 aboard the Abdulla Kuwaiti-trained Chopin.

A new opening for Premiere sprinter

The 110-rated speedster immediately becomes the highest-rated horse in Lui’s stable, one point ahead of Born In China. 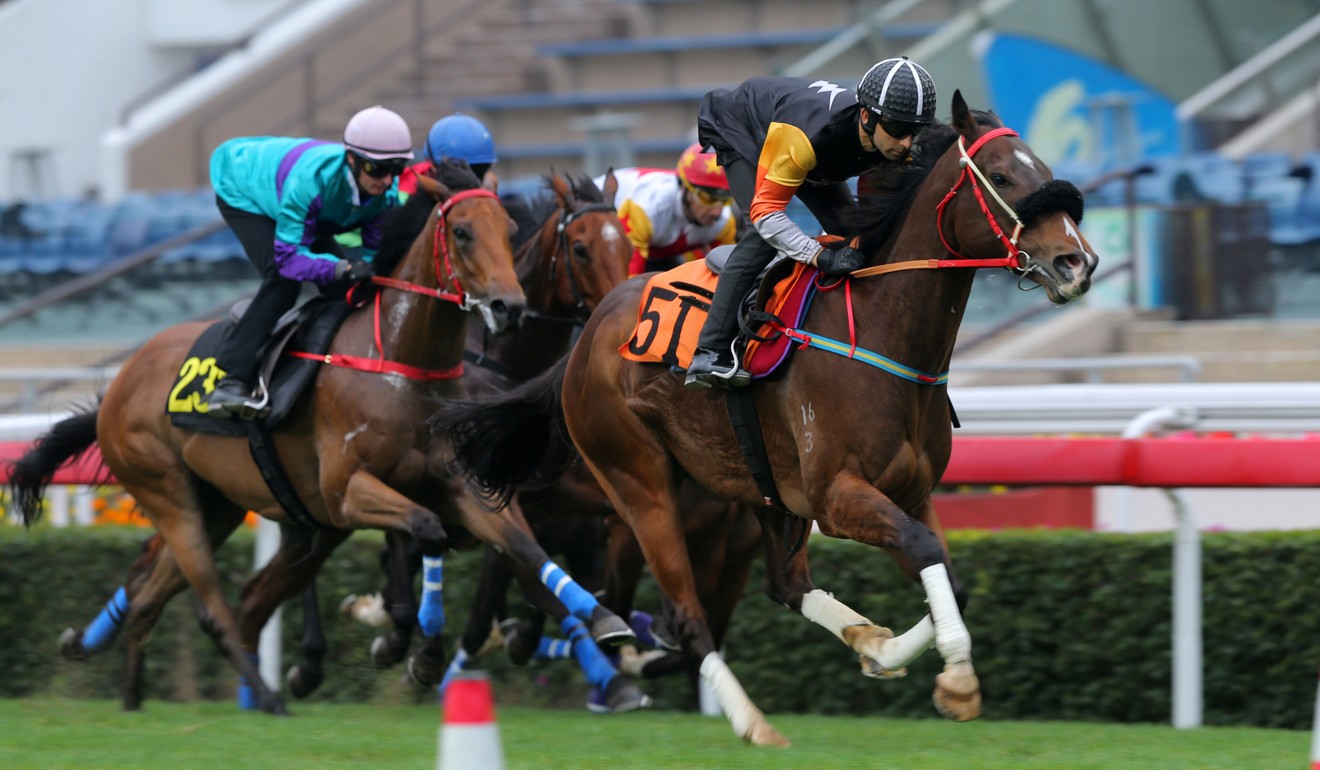 After winning all four of his races last season, including the Bauhinia Sprint Trophy, it has been a tough 12 months for Premiere, who has struggled with injury.

He chipped a bone in his left front leg in February and has continued to have problems since.

Premiere has had one start this term, finishing four lengths behind Hot King Prawn in the Group Two Jockey Club Sprint in November, but was lame in the same leg the day after racing.

It was the same scenario after winning a trial earlier this month and now he has moved stables, so Lui will have to do some of his best work if the five-year-old is to recapture his top form.