Zac Purton as bullish as ever as Beauty Generation chases more Group One glory: ‘I want them to take me on’

The champion miler could be vulnerable stepping back to 1,400m in the Queen’s Silver Jubilee Cup but the Australian says it’s business as usual 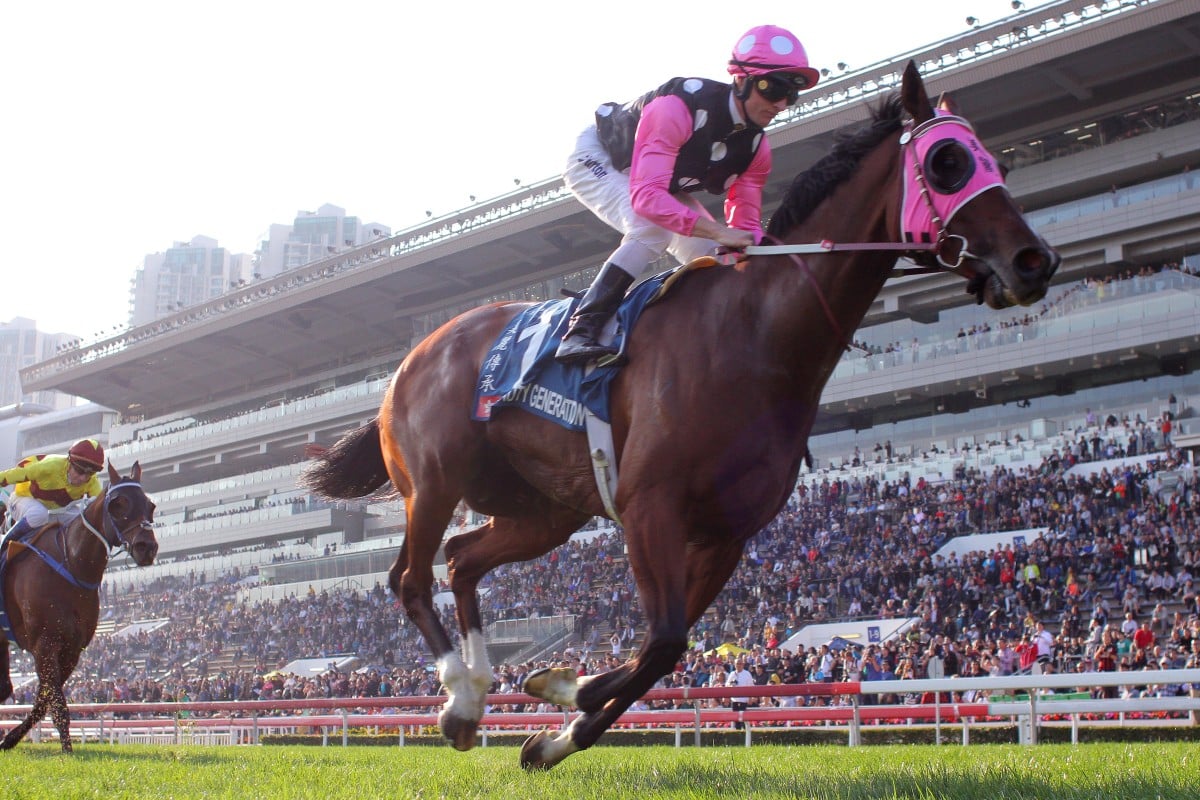 Champion miler Beauty Generation steps back from his pet distance in next Sunday’s Group One Queen’s Silver Jubilee Cup (1,400m) and Zac Purton has challenged his rivals to turn the heat up on Hong Kong’s star pair.

Beat The Clock went within a head of knocking off Beauty Generation in this race last year and will be back for another crack, but Purton is not losing confidence in the reigning Horse of the Year.

“I want them to take me on,” Purton said. “I would actually prefer it if they put the pressure on early, I’d like the pressure to be on all the way because they can’t handle that pressure, whereas he can.

“I don’t want them to cuddle their horses and try and outsprint me, I want it to be a good test and I want to run them into the ground.”

Beauty Generation trialled at Sha Tin on Friday morning, finishing third behind Pakistan Star and Assimilate, and Purton says it’s business as usual for the five-time Group One winner.

“He gave me a good feel, he’s at that stage now where every time you get on him he feels good,” the champion jockey said. “He doesn’t feel any different from how he’s felt so far this season.” 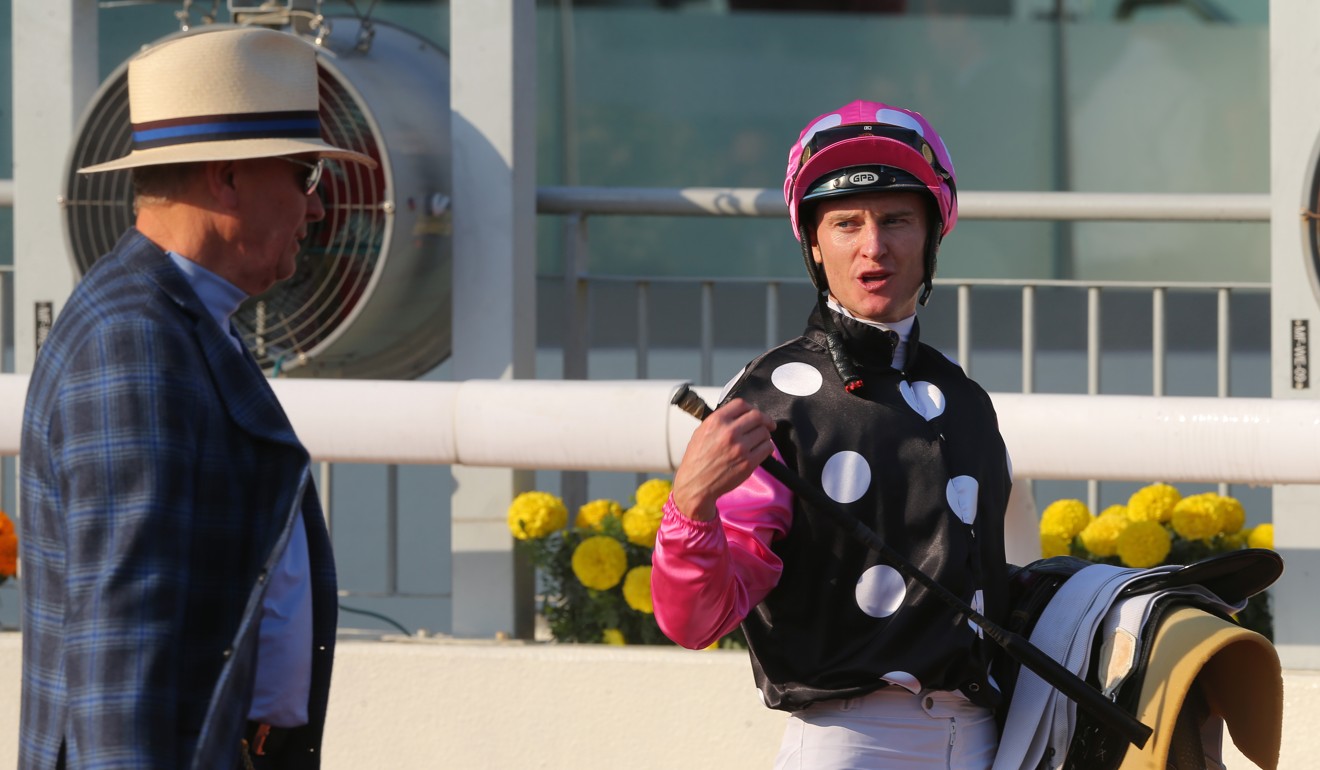 The step back to 1,400m and the progress of Beat The Clock and Conte means Beauty Generation will be slightly out of his comfort zone, although he has won at the distance three times.

“Obviously that gives the other horses a bit of an opportunity,” Purton said. “It is obviously going to depend on what barrier we draw and where the other horses draw, but it is their chance to try and get a bit closer to him if they can.”

Beauty Generation traditionally likes to race in or near the lead but Purton knows he has the option to take a sit if the right situation arises.

“It would depend what horse it was [challenging for the lead], how fast we were going at the time and what stage of the race it was,” he said.

Despite his unbeaten season, Beauty Generation has shown a tendency to drift out in the straight at times, something Purton is confident is a thing of the past.

“He seems to be much better at the moment, last time he railed really well and [in the trial] I brought him over towards the witches hats to start with and he came over really nicely,” he said. “Hopefully all that stuff is behind him.” 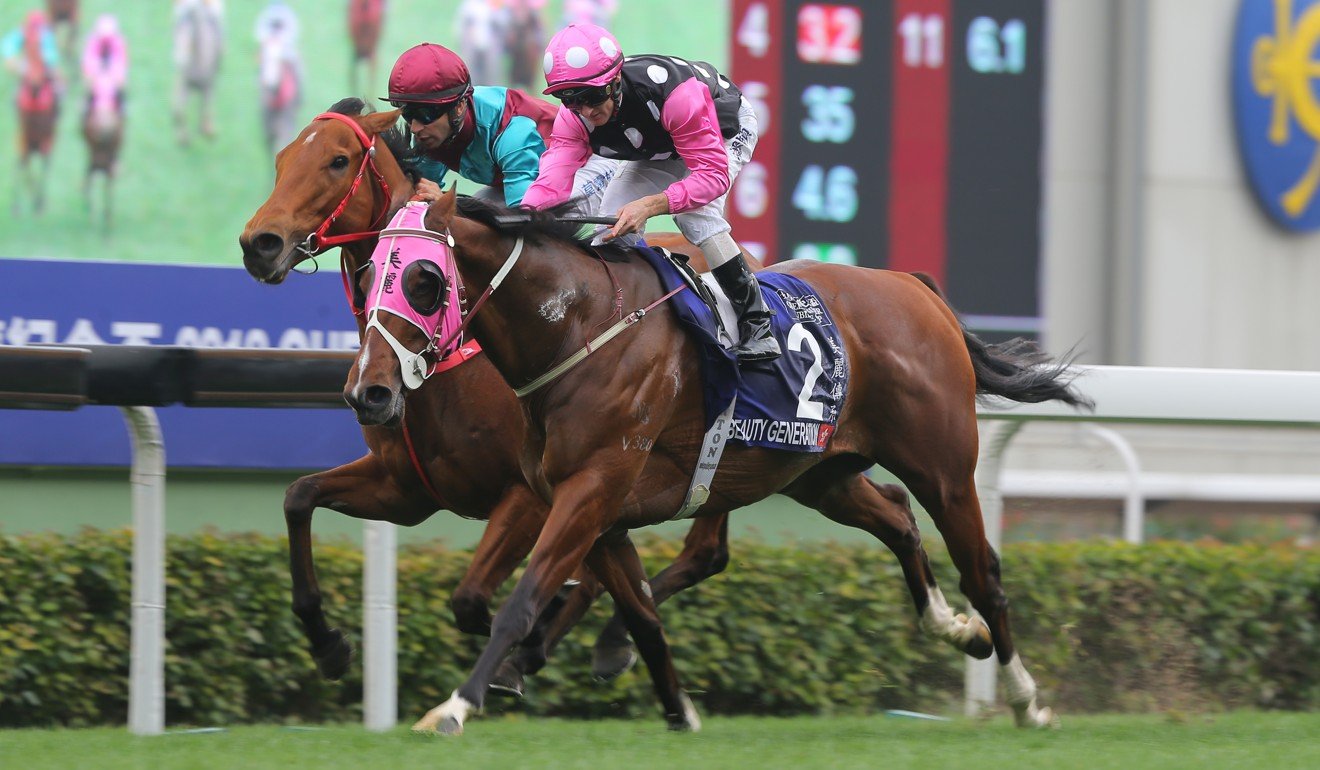 Conte was second behind Beauty Generation in last month’s Group One Stewards’ Cup (1,600m) and looks destined for success at the top level, however toppling John Moore’s champion is another thing altogether.

Beat The Clock comes in on the back of victory in the Group One Centenary Sprint Cup (1,200m), however Purton will be out to ensure he doesn’t get it all his own way this time around.

“He’s a very good sit and sprint horse, if we can drag the sprint out of him I think that will be where we will be most effective,” he said.

David Hall’s Little Giant has also been entered, while the Richard Gibson-trained five-year-old Rattan is in line to contest his first Group One.