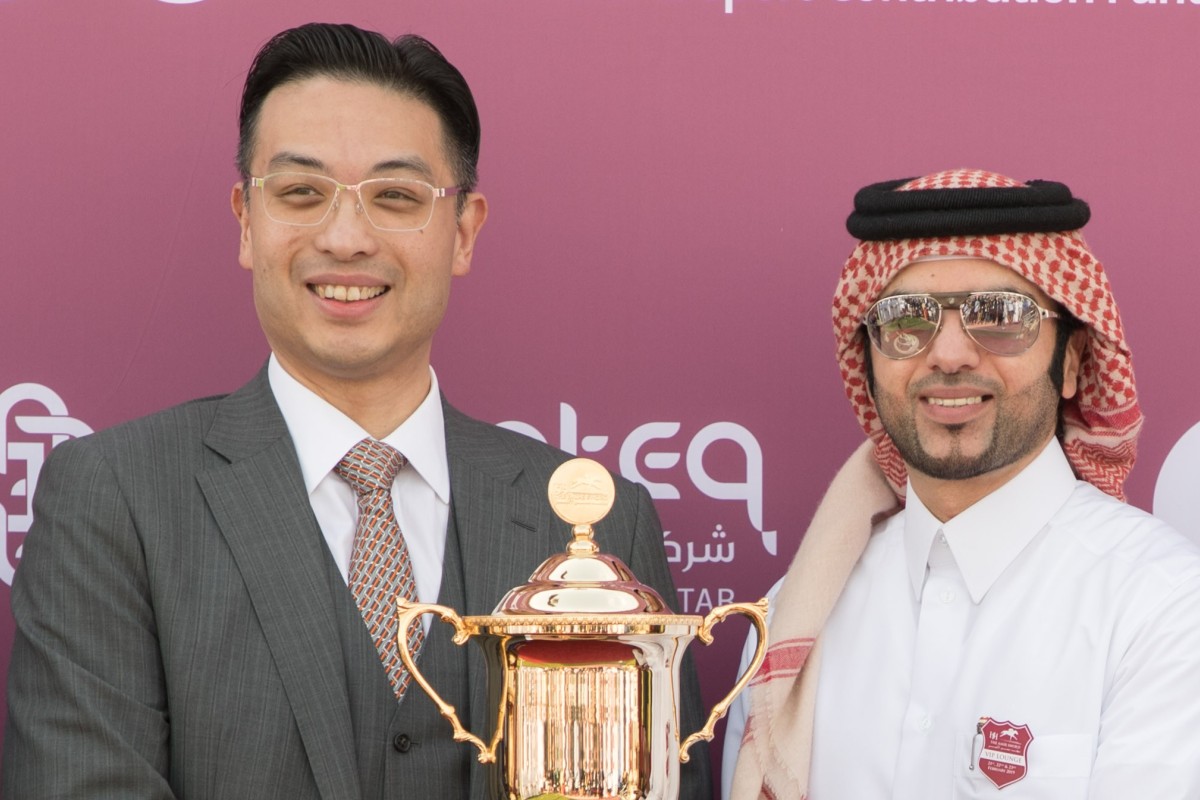 The 47-year-old Hon is the founder and chairman of London-based corporate finance company Global Group Capital Management and has also been involved in producing movies in Hong Kong.

He has had one horse in Hong Kong, the Manfred Man Ka-leung-trained Ultimate Power which had five starts in the 2012-13 season without success, but most of his racing involvement has been in Britain. 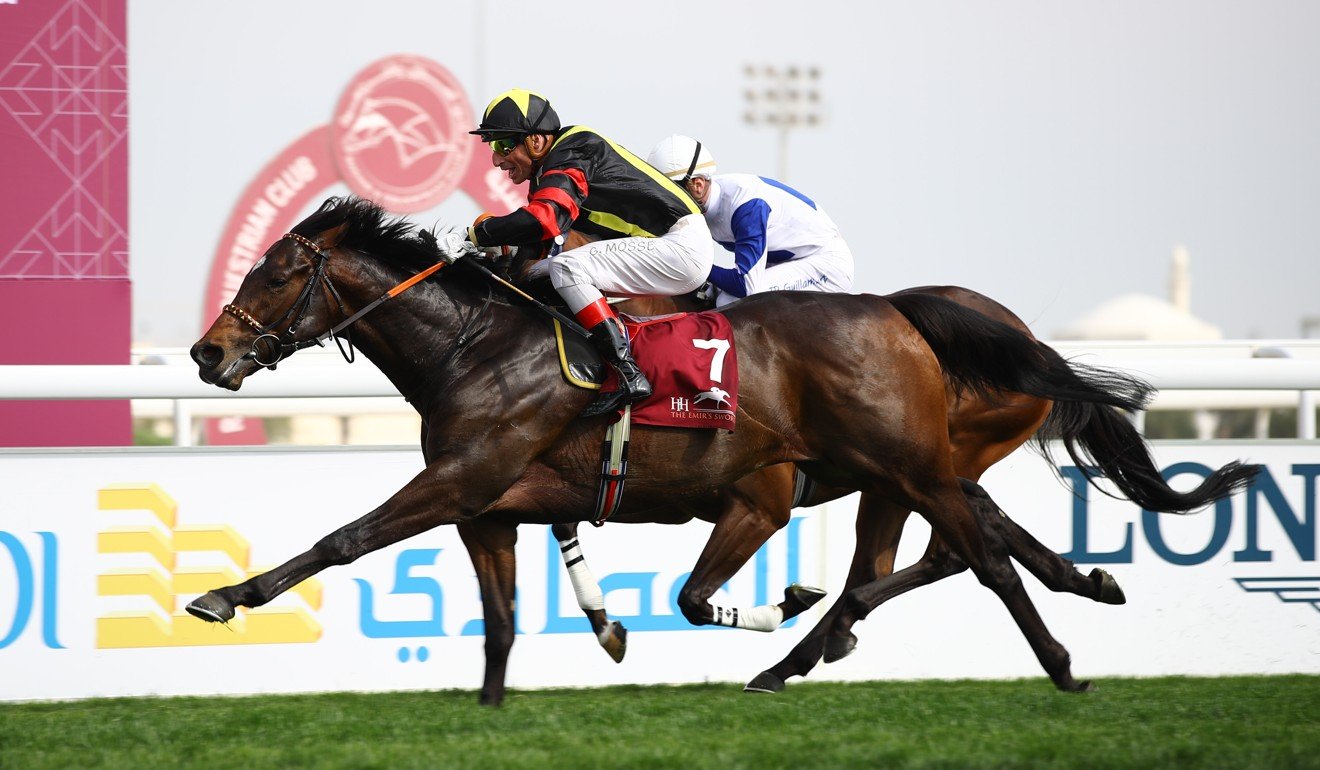 Hon first dipped his toe into ownership in Britain in 2015 and was elated after the inexperienced Global Spectrum, who is trained in Newmarket by Gay Kelleway, saluted.

“We are obviously very happy with the performance,” he said. “Gay is a very good trainer, I trust her ability. We have a few options now. We need some time to consider, but we have great hopes for this horse.”

Purchased for 130,000 guineas (HK$1.4 million) by young British agent Will Douglass of Charles Gordon-Watson Bloodstock on behalf of Hon at Tattersalls’ Guineas Breeze-Up Sale last April, Global Spectrum was given time to mature as a two-year-old, not seeing a racecourse until November 21 last year.

Kelleway and Hon are now reaping the rewards of their patience. Two stylish wins from two starts on the all-weather surface at Kempton Park Racecourse indicated the horse had an abundance of potential.

Kelleway jumped at the chance to test his ability and maturity in classier company overseas and, evidently, Global Spectrum has plenty of both.

Settled just worse than midfield through the opening stages by French jockey Gerald Mosse, the three-year-old son of Dutch Art moved up between horses approaching the home turn before grabbing locally trained Luchador five strides from the line. 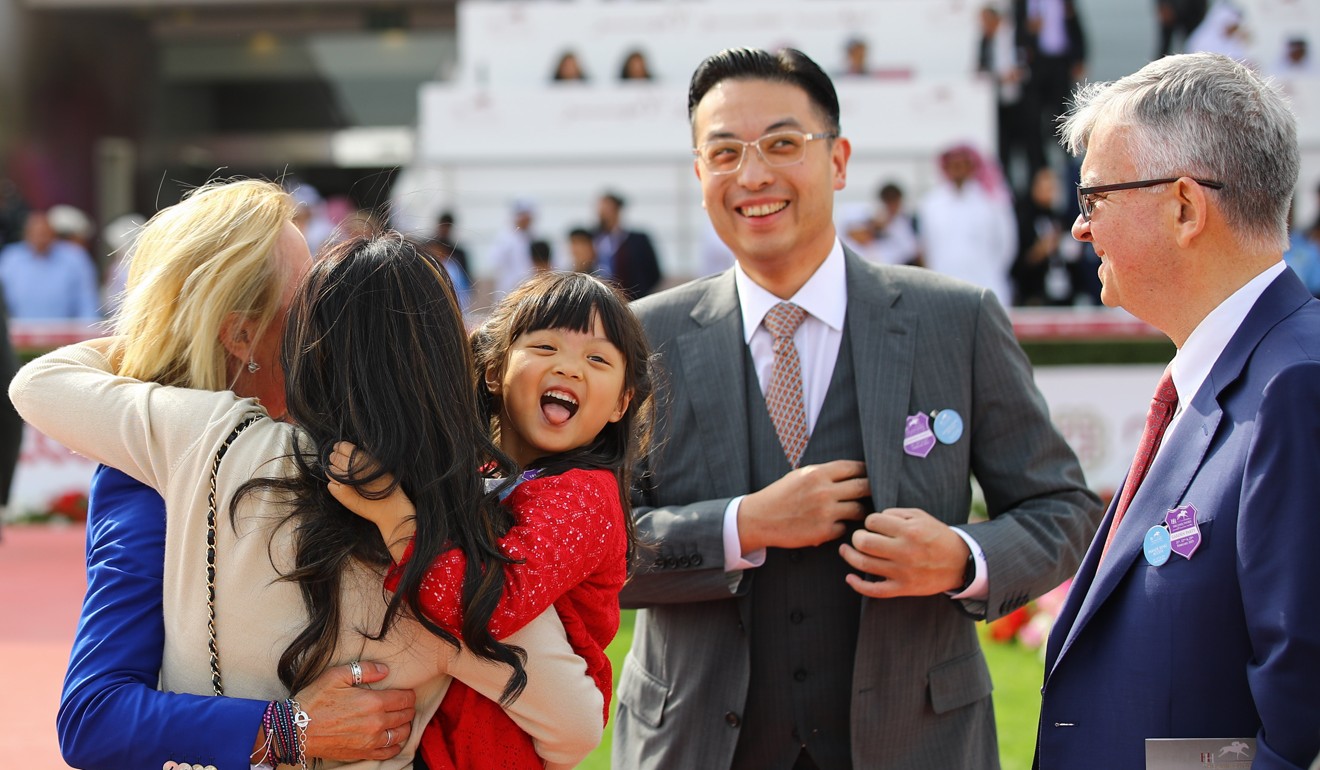 “I knew he was a good horse,” said Kelleway, who remains the only woman to have ridden a winner at Royal Ascot.

“The fast pace suited him, Gerald said he travelled so well. He said he was in second gear. This horse has one of the best attitudes I’ve ever trained. I think there’s massive improvement in him.”

There is now a new international target on the horizon for Hon’s new flag-bearer.

“He’ll go for the French Guineas,” said Kelleway. “I think he’s more of a horse that likes going around right-hand turns, like at ParisLongchamp.” 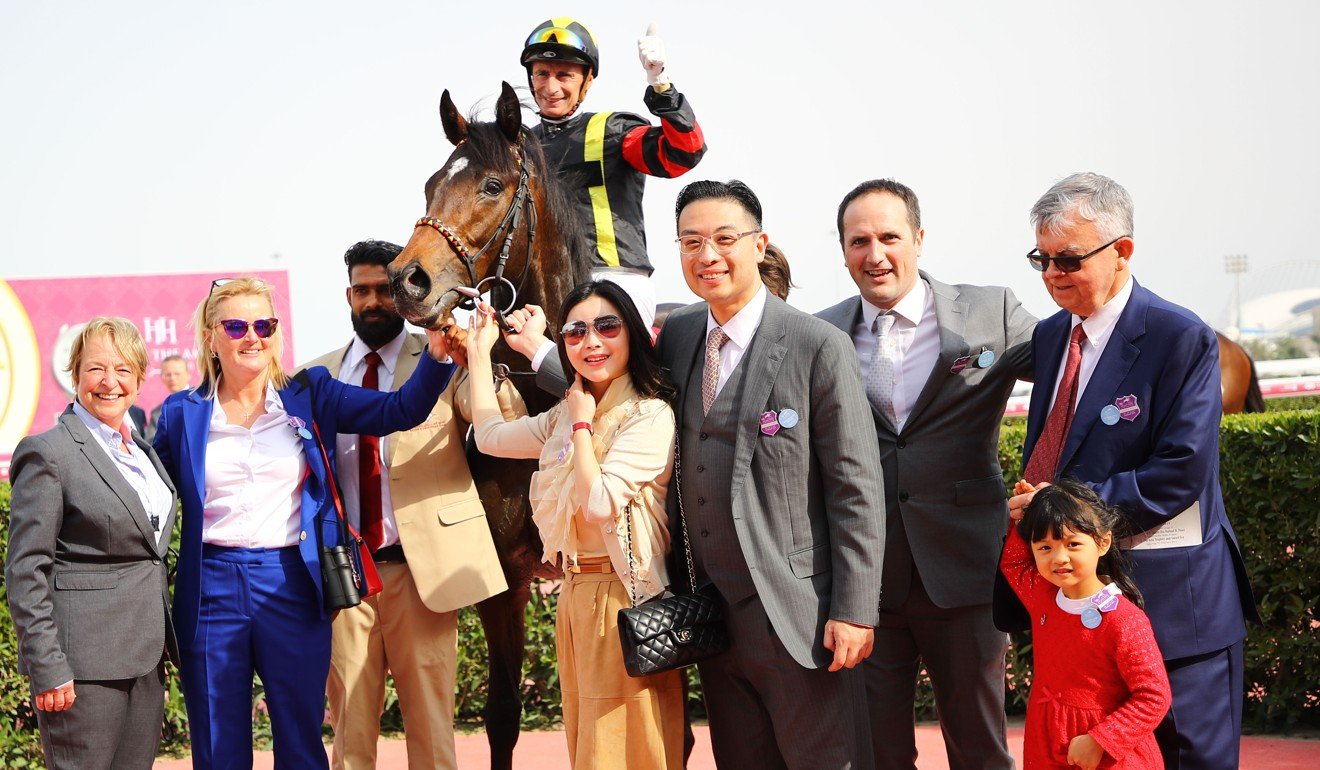 Kelleway is one of six trainers charged with responsibility for Hon’s team of around 20 horses in Britain.

Ed Dunlop, trainer of the late Red Cadeaux, and Glorious Forever’s former trainer Ed Walker are also among the six.

“This is so big for Johnny and for his Global enterprise,” Kelleway said of the fact that Hon now has a Classic contender on his hands. “I think Johnny was more confident than me.”

The win represented a third in the race in as many years for British trainers, with the Roger Teal-trained Tip Two Win landing the spoils last year and Mr Scaramanga triumphing for Simon Dow in 2017.