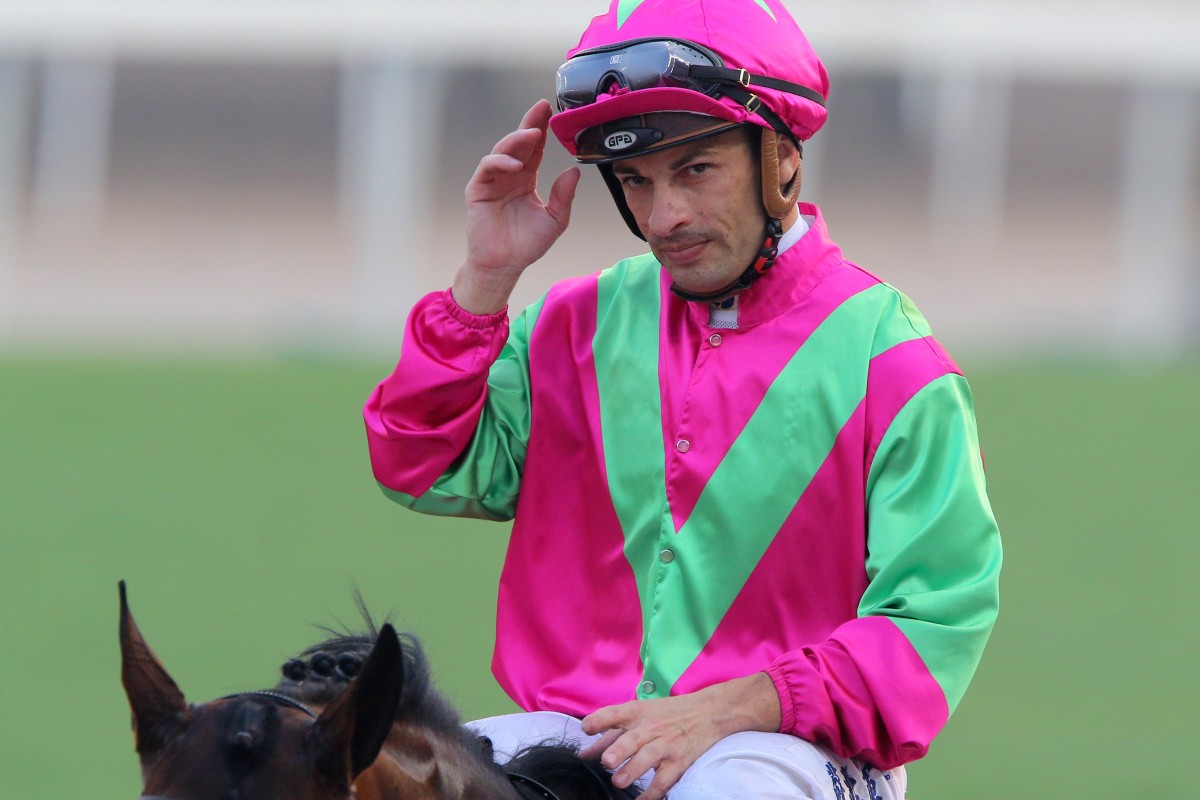 Injured jockey Silvestre de Sousa will ride at Sha Tin on Sunday after passing a fitness test on his injured back.

The Brazilian, who boasts a full book of 11 rides with several winning chances, was rated only a “50-50” chance to ride on Sunday after pulling up sore at Wednesday night’s Happy Valley meeting.

It is understood De Sousa first suffered the injury in the second race after sustaining a heavy blow from a rival horse while riding the Manfred Man Ka-leung-trained All Best Friends . De Sousa rode two more races before withdrawing himself with four races to go. Following the incident, De Sousa remained in hospital to allow him to receive around-the-clock treatment for the soft tissue damage to his lower back.

The declaration of his availability to run is a relief for trainers, who were frantically searching for potential replacement jockeys.

The in-form jockey, who has booted home 40 winners in his short-term stint, will jump aboard a pair of horses hopeful of entries to the lucrative Dubai World Cup meeting later this month.

With a rating of 112, the Richard Gibson-trained Wishful Thinker finds himself on the cusp of an entry into the Group One Al Quoz Sprint (1,200m) but it remains unclear if connections are keen to make the trip.

He did plenty wrong early but Wishful Thinker got it together when it mattered under a calm @AlexisBadel. Now, where's that Al Quoz Sprint invite? #HKracing #HappyWednesday
pic.twitter.com/Vp8Uaqo3Vb

The sprinter, who has enjoyed a breakout season in Hong Kong, produced a near impossible victory at Happy Valley last start and now finds himself against just three rivals in the Class One Flamingo Flower Handicap (1,200m).

“I have been really pleased with his prep, he is doing very well physically so on that side of things I am very happy,” Gibson said.

“I think he is more manageable now [compared to last season], he has always got a few quirks when he runs, he is not the easiest of rides but when he gets balanced he has got very good acceleration.”

With tactics set to play a major role in the four-horse race, Gibson said he was not concerned about the possibility of a slowly run race, which would hinder the run-on style of his sprinter. 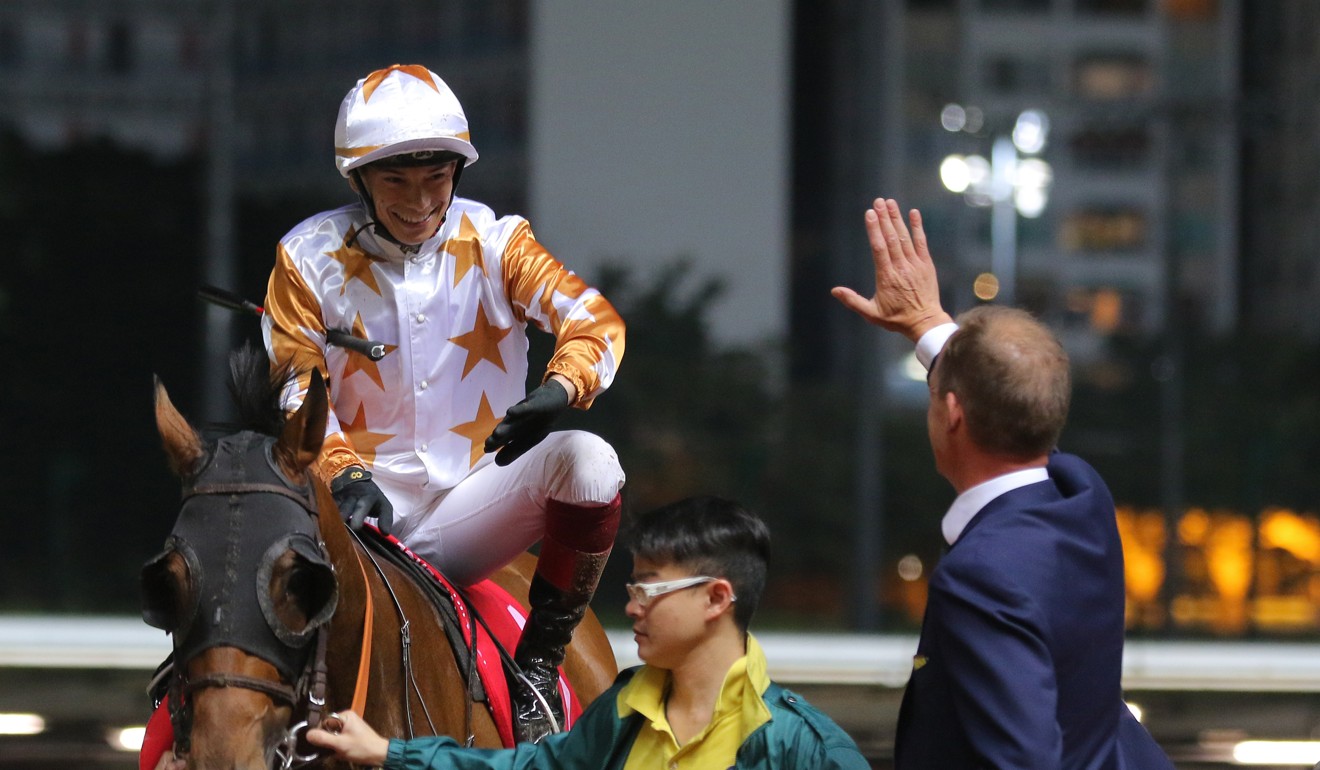 “They never hang around in Hong Kong, so I am not too concerned about the pace,” he said.

While Gibson said he would have to “chat to the owners” about the possibility of racing in Dubai should they gain an invitation, he confirmed plans to take his stayer Gold Mount overseas in search of more suitable races.

“We will take Gold Mount to Dubai, we’ll try our luck in a staying race over there,” he said. “We haven’t got those opportunities in Hong Kong and I think the horse has always needed the longer distance. He is very well.” 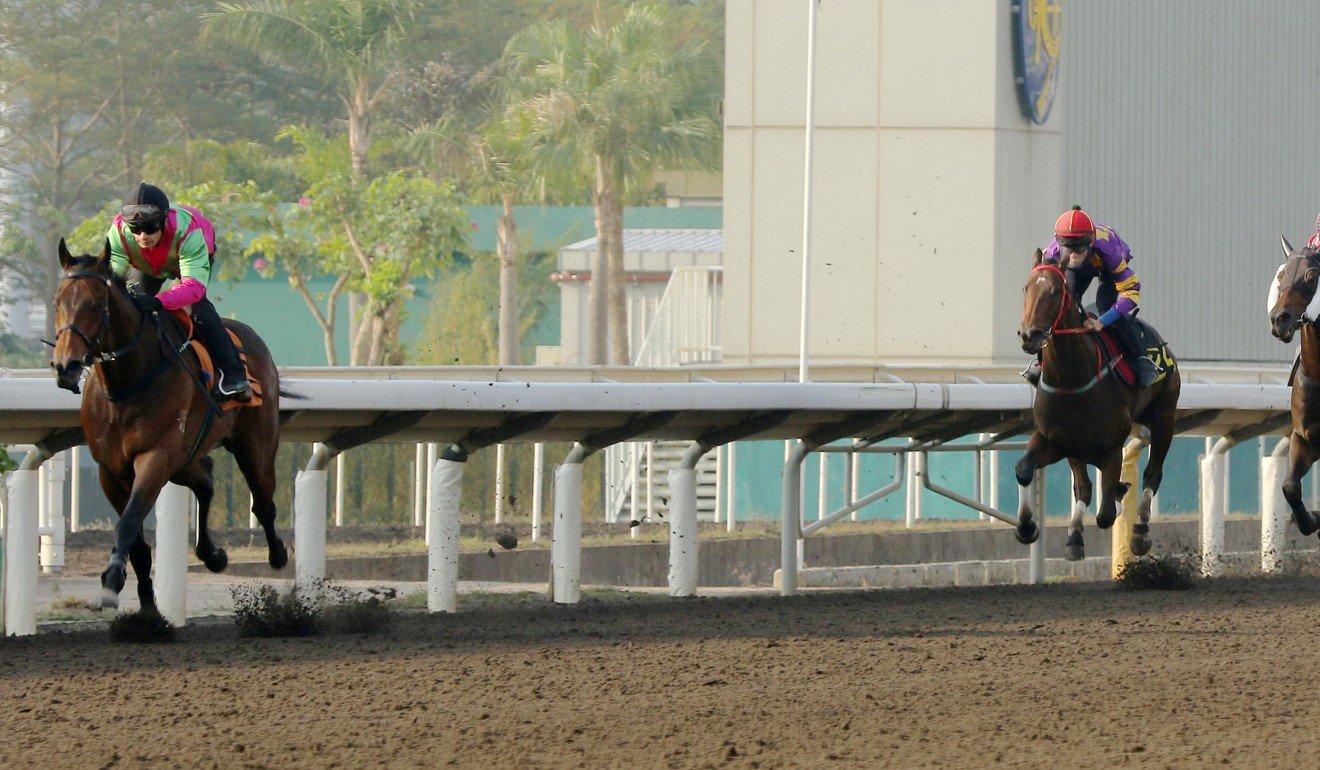 The five-year-old has won five straight races and is unbeaten since being transferred to Millard’s stable at the start of the season.

Millard remains hopeful of a last-ditch entry into either the Group Two Godolphin Mile or the Group One Dubai World Cup (2,000m) should his dirt specialist win again.