While a seventh BMW Hong Kong Derby victory eluded him on his 69th birthday, John Moore still had plenty of reasons to celebrate at Sha Tin on Sunday.

Sunny Speed was immense in running third in the Derby and Dan Control and Encouraging both saluted, but it is what lies ahead that had Moore smiling as much as anything.

Sunny Speed was having only his third start in Hong Kong and finished only a length and a quarter behind victor Furore, prompting Moore to forecast big things ahead. 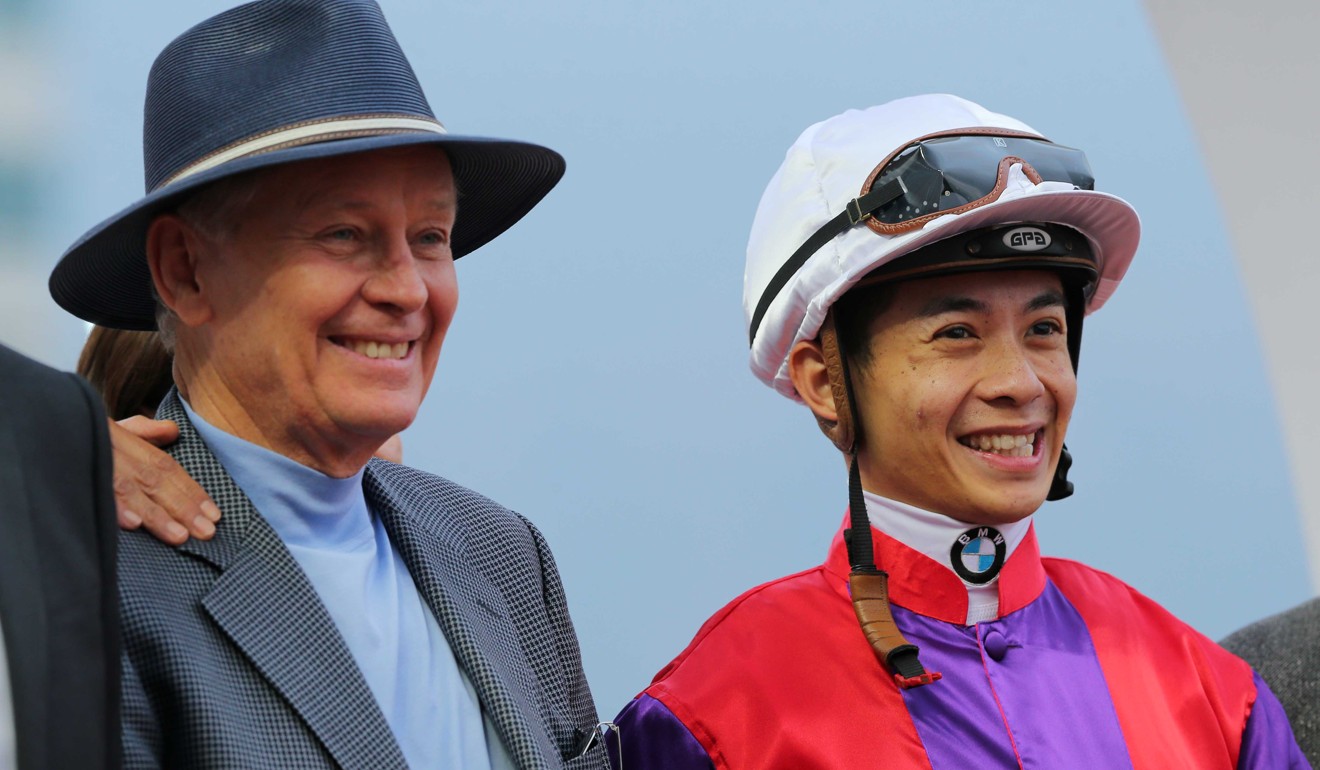 “Overall I am very, very pleased, he is going to be one of the better horses in Hong Kong, I have got myself a good stayer,” Moore said.

“He’s just short of a run, from my point of view he got into the country a bit late to get right into it. I kept saying to everybody that had I got the four runs in you are pretty close, you are definitely going to be there when the whips are cracking.

“He will go into the [Group One] QE II Cup now because his handicap will be destroyed.”

Dan Control left Moore almost equally excited, with the three-year-old winning at his first start in Hong Kong after moving from Ireland.

“He ran second to Ten Sovereigns, who came out next start and won a Group One, so we actually bought him at the right time,” Moore said.

“He has definitely got a future but he is a late foal and he definitely needs time so you won’t see him for another month or five weeks, I’m going to really take my time with him.

“He’s talented to be able to do that and I think we have got a nice horse on our hands and David Boehm might be back in the money with another Dan,” added Moore about Dan Control’s owner, who has had a host of horses with Moore including Group One Champions Mile winner Dan Excel.

A Taree maiden to Hong Kong Derby glory, the journey of Furore

Encouraging was somewhat of a bonus for Moore after being promoted to the field when Kingsfield was scratched, winning at $19 while Moore’s other horse in the race, $3.4 chance Solar Patch, finished 10th.

John Moore's Encouraging comes into the Sha Tin nightcap as a standby starter and records his fourth win of the season under Derek Leung, making every yard to come home clear of strong favourite Tornado Twist. #HKracing pic.twitter.com/PDcQiqb1Gi

Derek Leung Ka-chun went straight to the lead on Encouraging and would not relinquish it, giving the five-year-old his fourth win for the season with his fourth different jockey.

“Wow, has he got a heart,” Moore said. “It’s amazing. He’s the sort of horse you don’t even bother about in the stable, he just does everything right. I hadn’t paid attention to him, just put him through his routine and he does that.

“All of a sudden he gets a run off the reserve list and here he is leading all the way and I thought ‘this is going to keep going’.”