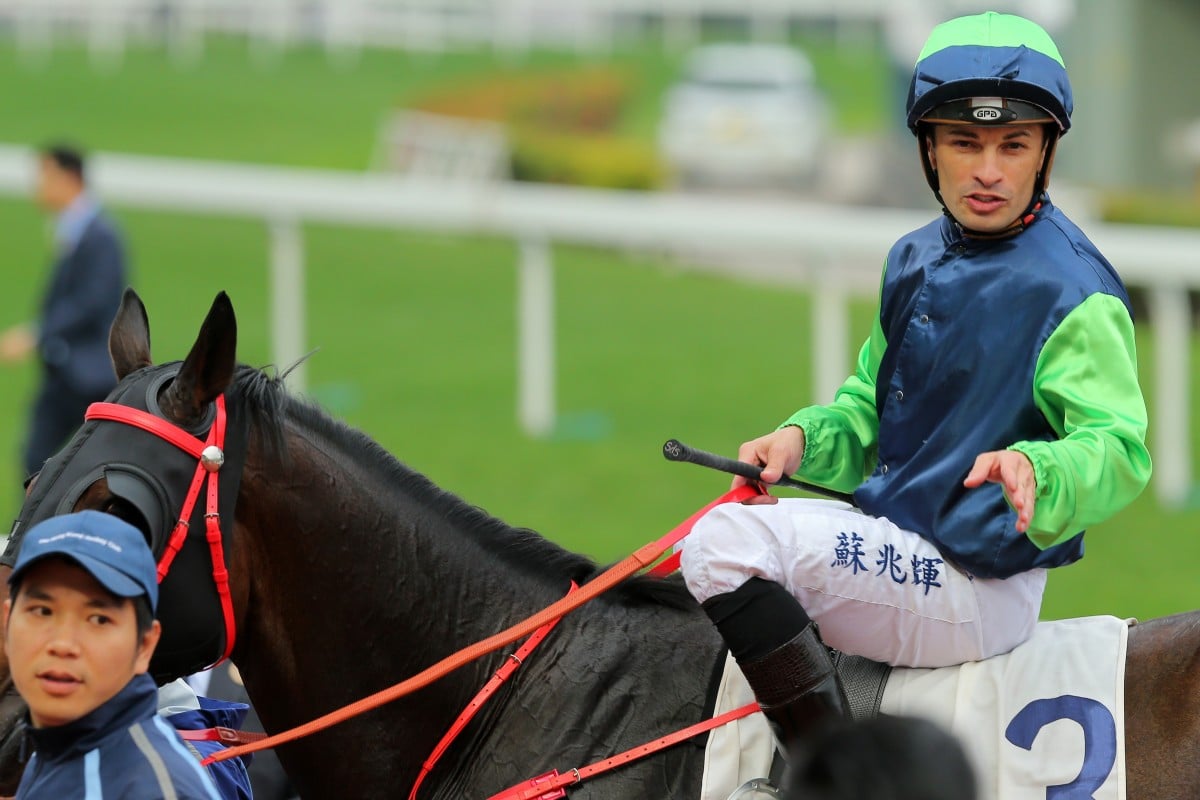 Silvestre de Sousa departs Hong Kong on Sunday night with somewhat of a sour taste in his mouth after an eventful final day saw him win the feature, lose a second victory at the hands of the stewards and earn a two-meeting ban for his troubles.

De Sousa was aboard Right Choice as it produced its fifth win from six starts – and fourth in a row – in the Class Two Kowloon Cricket Club Centenary Cup (1,600m) on Sunday and was also aboard Utopia Life when it crossed the line in first place.

However, De Sousa’s mount veered across in front of Seven Heavens at the 150m, causing interference deemed significant enough to see the horse relegated to fourth place and the Caspar Fownes-trained Seven Heavens bumped up to third, with Multimillion declared the winner.

The decision cost both De Sousa and trainer Manfred Man Ka-leung a double and the Brazilian jockey did not hide his disappointment.

“The stewards took a decision out there and I thought it was the wrong one,” he said.

“I have never seen any place in the world do that to a horse that was in front when the one from the back looks for a run and can’t get a run. But that’s up to the stewards, I can’t make the decision, that’s their decision.”

But it certainly wasn’t all negative for De Sousa as he completed one of the most successful short-term stints Hong Kong has ever seen, with his victory on Right Choice taking his tally to 44 wins from his five-month stay. 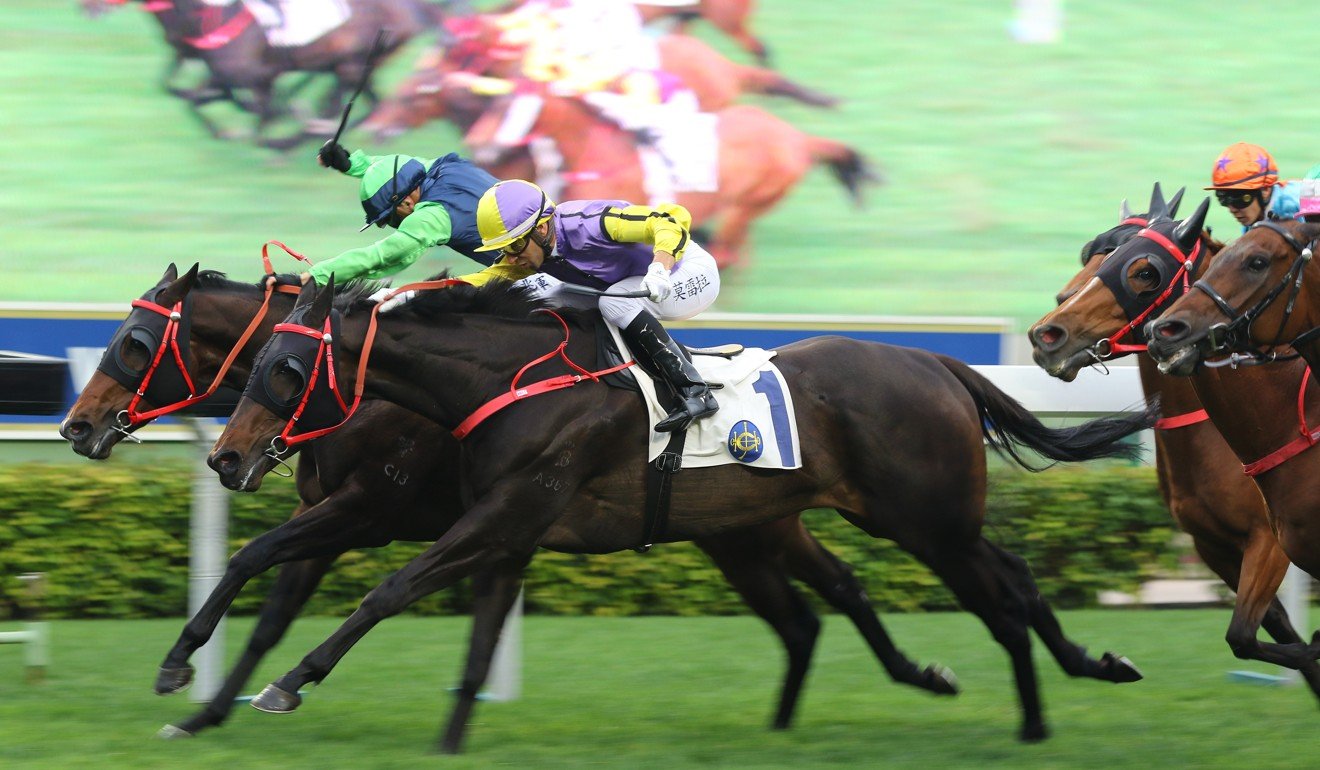 However that win almost didn’t eventuate either, with De Sousa extracting every last ounce out of the Frankie Lor Fu-chuen-trained four-year-old after he was headed by John Size’s Time To Celebrate early in the straight.

After being taken to the front for the first time in his short career, the smart Right Choice found himself in a ding-dong battle all the way down the straight before prevailing by a whisker.

“To me, the position was to be in front but he was never happy to do the work to be there,” De Sousa said.

.@SilvDSousa bounces back! The Brazilian galvanises Right Choice to fend off the brave top-weight Time To Celebrate and win the day's feature the Kowloon Cricket Club Centenary Cup #HKracing pic.twitter.com/cxoWgZBTNL

“He is still a bit immature and babyish, he likes to be on a fast pace and come home strongly. I felt today there wasn’t much pace on and I had the light weight so I felt I had to be in the right place.”

The result marked the eighth time De Sousa and Lor have combined for victory this season, half of which have come with Right Choice.

“It’s great to win the race and it’s better to do it for Frankie, he has given me support from day one and I’m glad to get the opportunity,” De Sousa said.

“It was a beautiful time here. It was nice to go out with a win,” added De Sousa, who said he plans to ride in England this week before serving his ban next week. 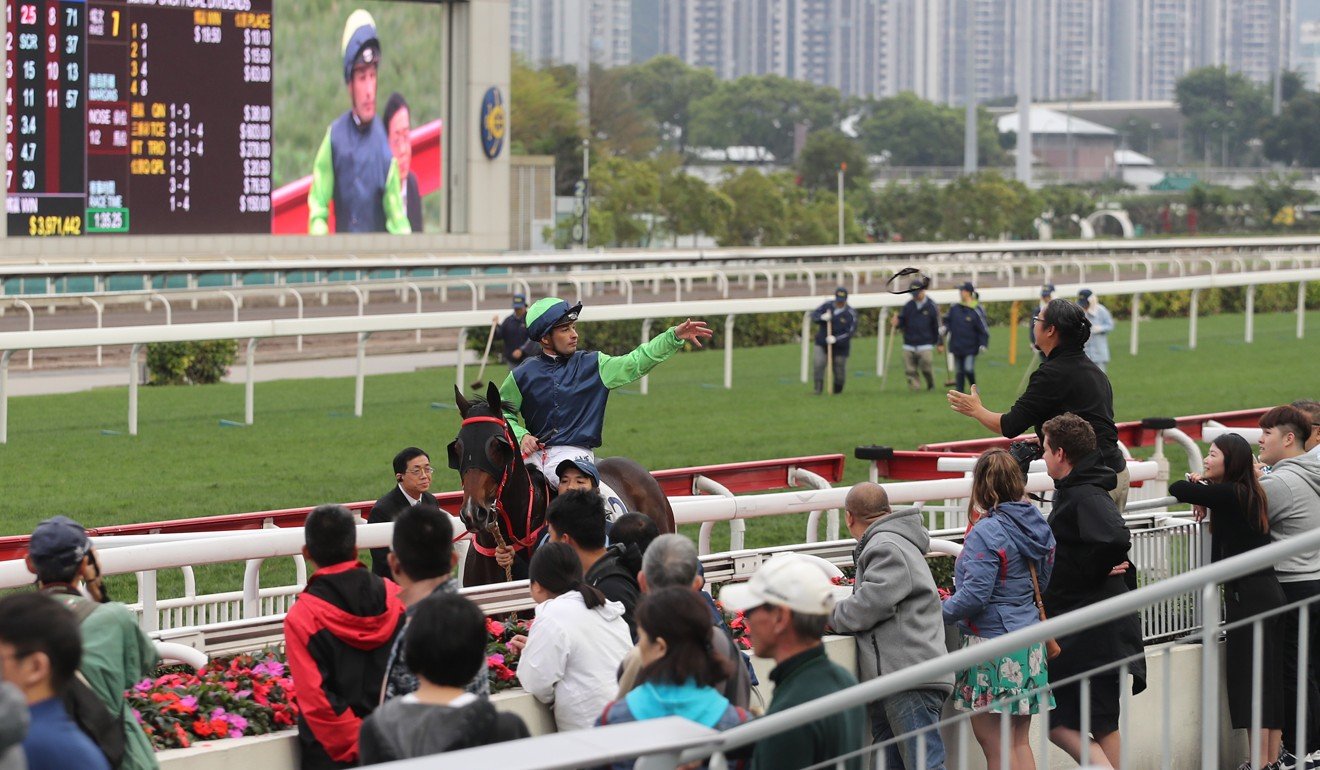 After a win on debut over 1,200m, Right Choice produced three wins and a second over 1,400m before delivering on stepping up to the mile at his first start in Class Two.

“At the turn I could already see De Sousa making him work,” Lor said. “It was the first time the horse led by himself and he was looking around, usually he follows some horses and he’s very good. Maybe after this run he will learn a little bit about being in front.”

Lor said he’ll likely give Right Choice a month off before deciding where to head next with the horse, adding Zac Purton, who rode the gelding to his first win before De Sousa took the reins, could again be in the saddle.