With just seven nominated for next week’s Group Two Sprint Cup, the lack of elite talent has been exposed Beat The Clock (left) and Mr Stunning (right) go head-to-head up the straight in the Group One Centenary Sprint Cup in January. Photos: Kenneth Chan

OMG Zac Purton is going to be on Mr Stunning in his trial, are you going to ride him at the Sprint Cup? – @liuchungman11

Purton may have pulled off the coup of the season by unseating Karis Teetan to get the ride on gun sprinter Mr Stunning for the upcoming Group-level features.

The Australian will ride the Frankie Lor Fu-chuen-trained dual Group One winner in what is (on paper) a two-horse affair in next week’s Group Two Sprint Cup (1,200m) at Sha Tin.

The entries for the HK$4.25 million race are nothing short of dreadful with connections of just five horses throwing their hats in the ring before another two entered during an extended acceptance period. 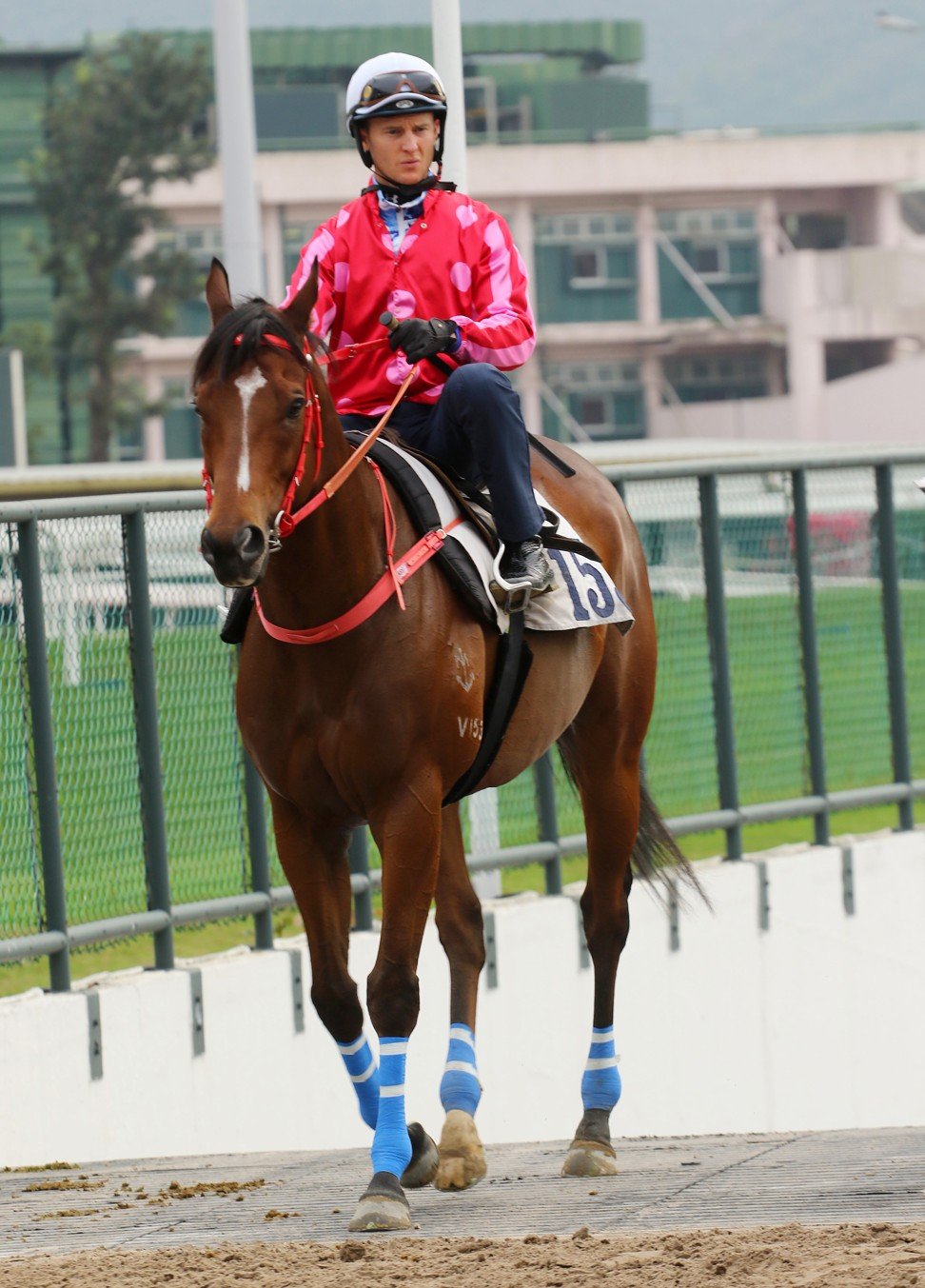 Mr Stunning will headline the field along with John Size’s Beat The Clock, who broke through for his maiden Group One earlier this year in the Centenary Sprint Cup (1,200m). That is where the headlines stop.

The likes of Winner’s Way and Rattan are honest performers, but appear to be out of their depth against Mr Stunning and Beat The Clock over 1,200m. That leaves just Pingwu Spark, Styling City and the 81-rated Handsome Bo Bo.

Trainer John Moore has already indicated his three-year-old Styling City will head to a Class Two race on the same day instead of the Group Two and Pingwu Spark has also entered into the Group Two Chairman’s Trophy (1,600m) – which appears to suit the six-year-old much better. With his last win almost 12 months ago in Class Three company, Handsome Bo Bo is just making up the numbers.

That leaves the very live possibility of just five horses lining up in the premier lead-up race to the Group One Chairman’s Sprint Prize (1,200m) next month on Champions Day.

It begs the question: where have all the good sprinters gone?

At the beginning of the season, champion trainer Size boasted five top sprinters in his own stable with Hot King Prawn, Ivictory, D B Pin and Premiere all racing alongside stablemate Beat The Clock at one stage, while his former star Mr Stunning was performing well for his new trainer Lor.

You’ve got to love @HKJC_Racing sprinters

What a race as BEAT THE CLOCK beats Mr Stunning in a thrilling finish to the G1 Centenary Sprint Cup pic.twitter.com/rbYPmsZMNG

Purton best described the situation after securing the ride on Mr Stunning earlier in the week.

“At the start of the season John Size had a handful of them [sprinters] and as the season has progressed it’s been a war of attrition really,” he said. “I haven’t had a decent sprinter all season so it’s nice to finally get on one.

“We have a long way to go between now and [Champions Day], horses have to hold their form, get the track to suit and draw the right gate, so I won’t be worrying about that too soon.”

It has been a case of last man standing with Hot King Prawn needing emergency colic surgery in February, Ivictory now spelling in Conghua after going off the boil, D B Pin succumbing to an old tendon injury and Premiere not seeing the racetrack (even in training) since being transferred to the Francis Lui Kin-wai stable at the start of the year.

What's it like to ride in the Hong Kong Sprint?

With the lack of depth at the top level, next month’s Chairman’s Sprint Prize is ripe for the picking should a serious international raider come to challenge Mr Stunning and Beat The Clock.

Australian’s Santa Ana Lane, In Her Time and Pierata would add much-needed depth to the field, while the Richard Fahey-trained Sands Of Mali will race Saturday night in Dubai’s Group One Al Quoz Sprint while holding a nomination in Hong Kong.

History shows it is not easy, with Australian Chautauqua the only foreign horse to win the race in 2016.

There is hope for the future though, with a number of three-year-olds showing they may have what it takes this season.

Tony Millard’s injury riddled Refined Treasure has also returned and could be a force to be reckoned with should he stay sound, while Richard Gibson’s Wishful Thinker is flying the Bauhinia flag in Dubai, despite being untested at Group One level. 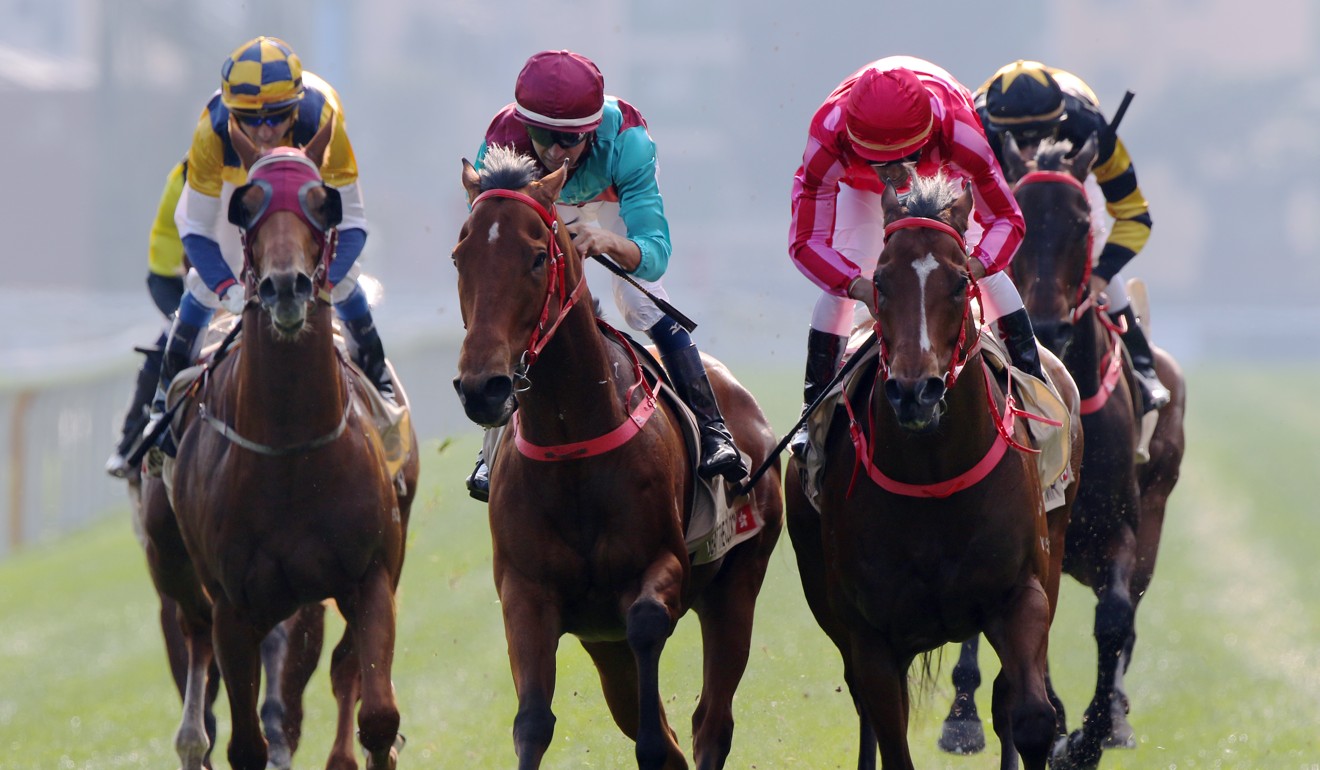 Champion’s Way, Regency Legend and Big Party have all had stand-out seasons so far while newcomer Voyage Warrior could be the best of the lot after his stunning debut win at Sha Tin last week.

But as exciting as that new crop of youngsters are, that isn’t going to help the Jockey Club now and without some help from overseas, the Chairman’s Sprint Prize could be a two-horse affair.