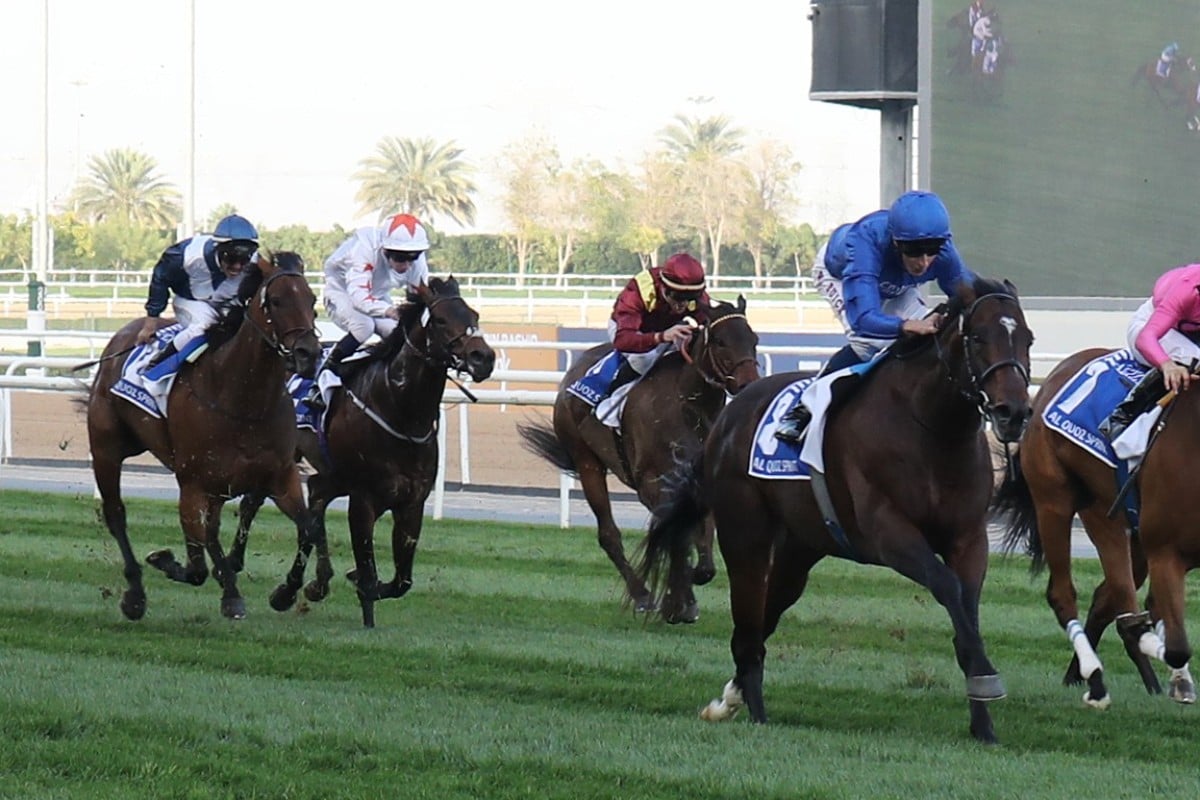 Despite interim measures put in place in March to allow Australian horses to compete in Hong Kong without having to spend 180 days in a third country before heading home, they were very basic and only applied to horses travelling from Australia to Hong Kong and straight back.

So Viddora, who came fourth in the Group One Al Quoz Sprint in Dubai on Saturday night, didn’t qualify.

But after a strong effort at Meydan, connections are coming to FWD Champions Day, because those quarantine restrictions don’t matter if you don’t plan on going back to Australia.

“A hundred per cent, we’re on to Hong Kong,” trainer Lloyd Kennewell told The Post on Sunday. “Obviously we can’t go back to Australia so we’ll push on as planned to go to Hong Kong and then we’ll work out what we’re doing after that.

“She’ll either go to England [for Royal Ascot] or be sold as a broodmare. She pulled up really well, I’m really happy with her. Everything has gone well and we’re hoping everything will roll along nicely and she will progress to Hong Kong in good order.” 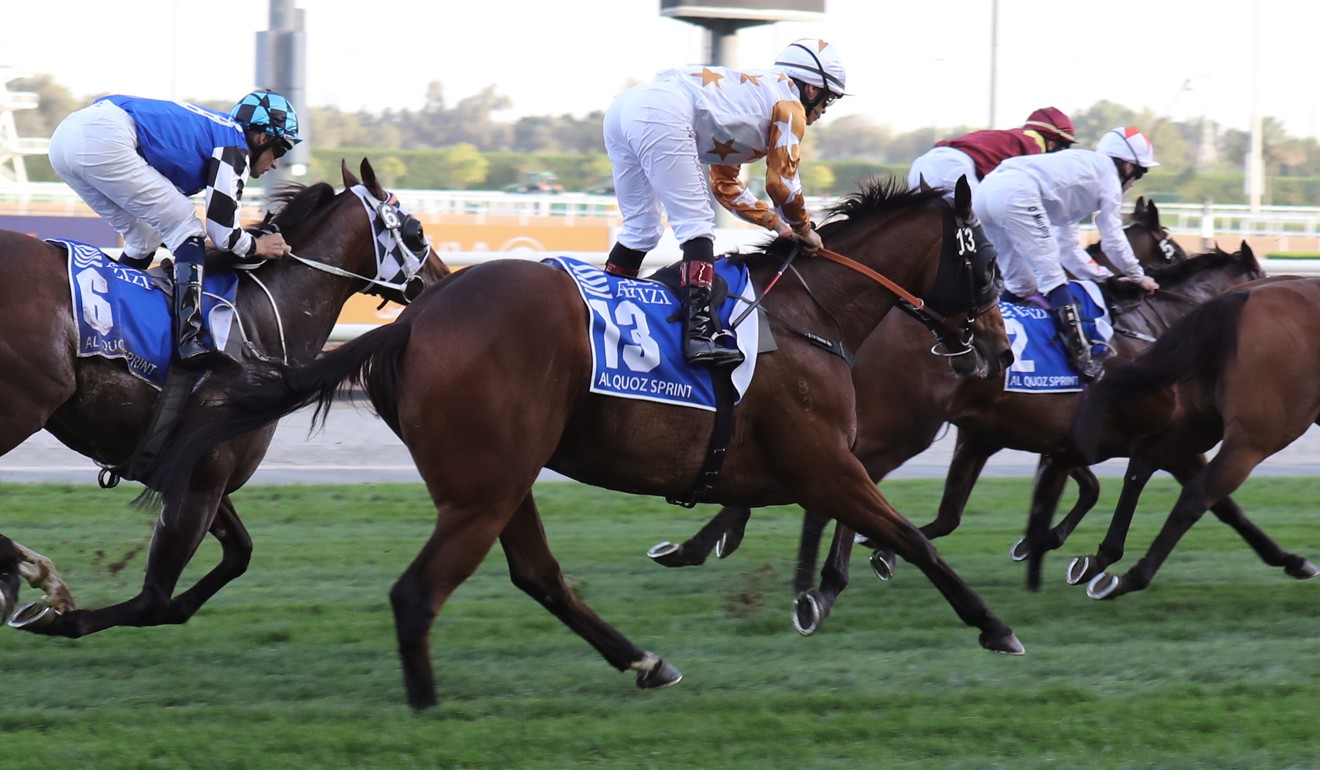 Viddora, who won the Group One Moir Stakes in September, will arrive in Hong Kong on April 10 and adds depth to what looks a pretty weak Chairman’s Sprint Prize.

While she was no match for star Godolphin sprinter Blue Point on Saturday, she was three lengths in front of Richard Gibson’s Wishful Thinker at the finish.

“She gapped the rest of the Aussies [Brave Smash and Illustrious Lad] and hopefully she’s got a race or two left in her.”

Speaking of Australians, champion jockey Hugh Bowman also confirmed he will be at Sha Tin on Champions Day to partner Hong Kong Derby hero Furore in the QE II Cup.

What a performance by Almond Eye, gliding past the field with ease to take the Dubai Turf for @SakaeKunieda

One horse who will not be making the trip to Hong Kong is Japan’s queen of the turf Almond Eye.

The Sakae Kuneida-trained filly was a surprise entry for the Group One QE II Cup, but connections confirmed she will campaign in Europe this year.

Almond Eye was absolutely dominant winning the Group One Dubai Turf at Meydan on Saturday night, reiterating her standing as one of the best horses on the planet.

Those on track felt they witnessed something special and now she will set her sights abroad again, with her ultimate goal the Prix de l’Arc de Triomphe.

“It was a really great race. She broke well, settled well, got a good position and accelerated well to win well,” Kuneida said.

“It was the result I thought we could get and I’m happy she proved us right. I was nervous, I’ve lost my voice. Almond Eye can continue my dreams, so next we’ll go to Europe, our dream is to take her to the Arc.” 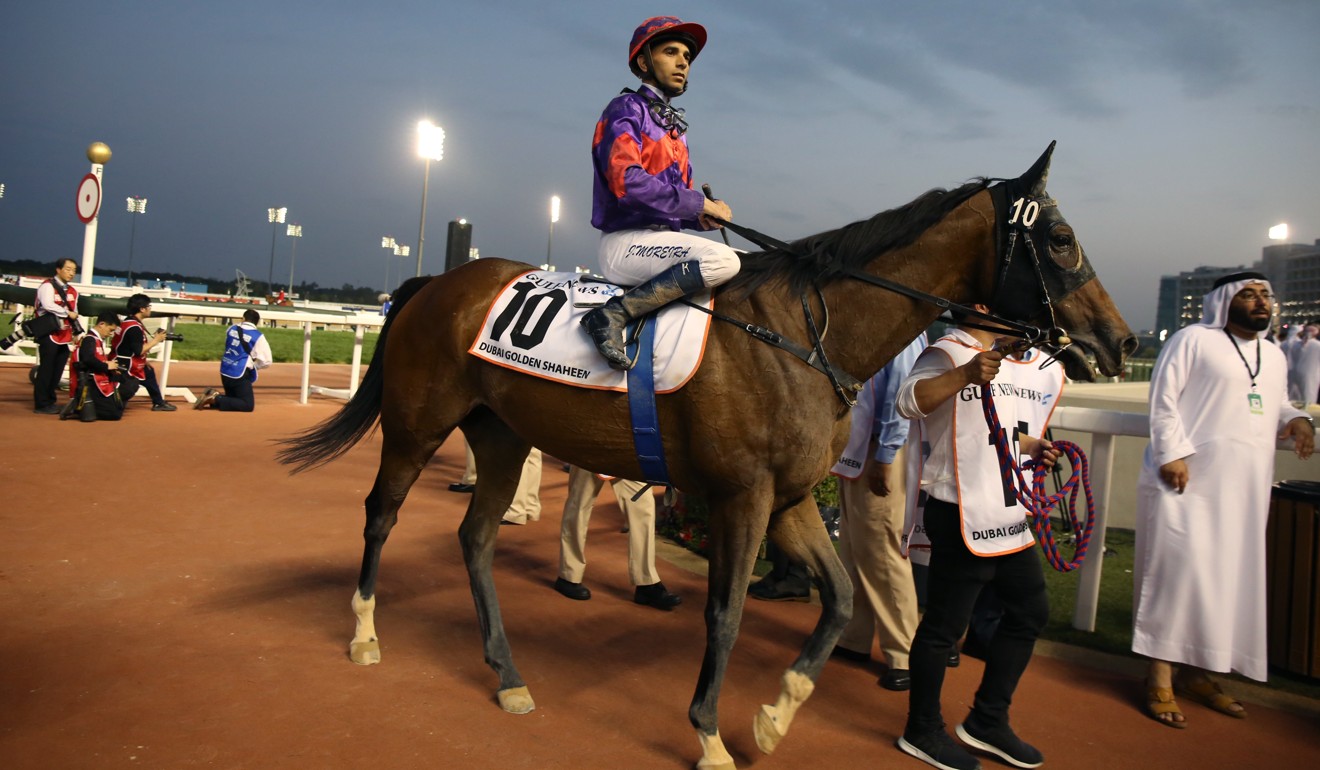 Me Tsui Yu-sak’s Fight Hero ran about as well as could have been expected in the Group One Golden Shaheen in Dubai.

The dirt specialist was beaten for speed early but found his feet late to finish sixth – even though he was no match for the first few across the line.

The question now is where next, given there just aren’t many options for him in Hong Kong.

X Y JET finally wins the Golden Shaheen, holding off Matera Sky by a length and a half to take the spoils for @JorgeNavarroRS and @JaramilloJockey

A return to Seoul, where he finished a gutsy second in last year’s Korea Sprint is a consideration but the trainer won’t make any decisions until he returns to Hong Kong.

“It depends on the horse and how he comes back,” Tsui said. “If the horse cannot do his best, I won’t push him too hard if he’s not happy. He’s already eight years old so retirement could be an option as well.”

Stablemate Ugly Warrior, another who does his best on the dirt, is also in contention for a trip to Korea in September. 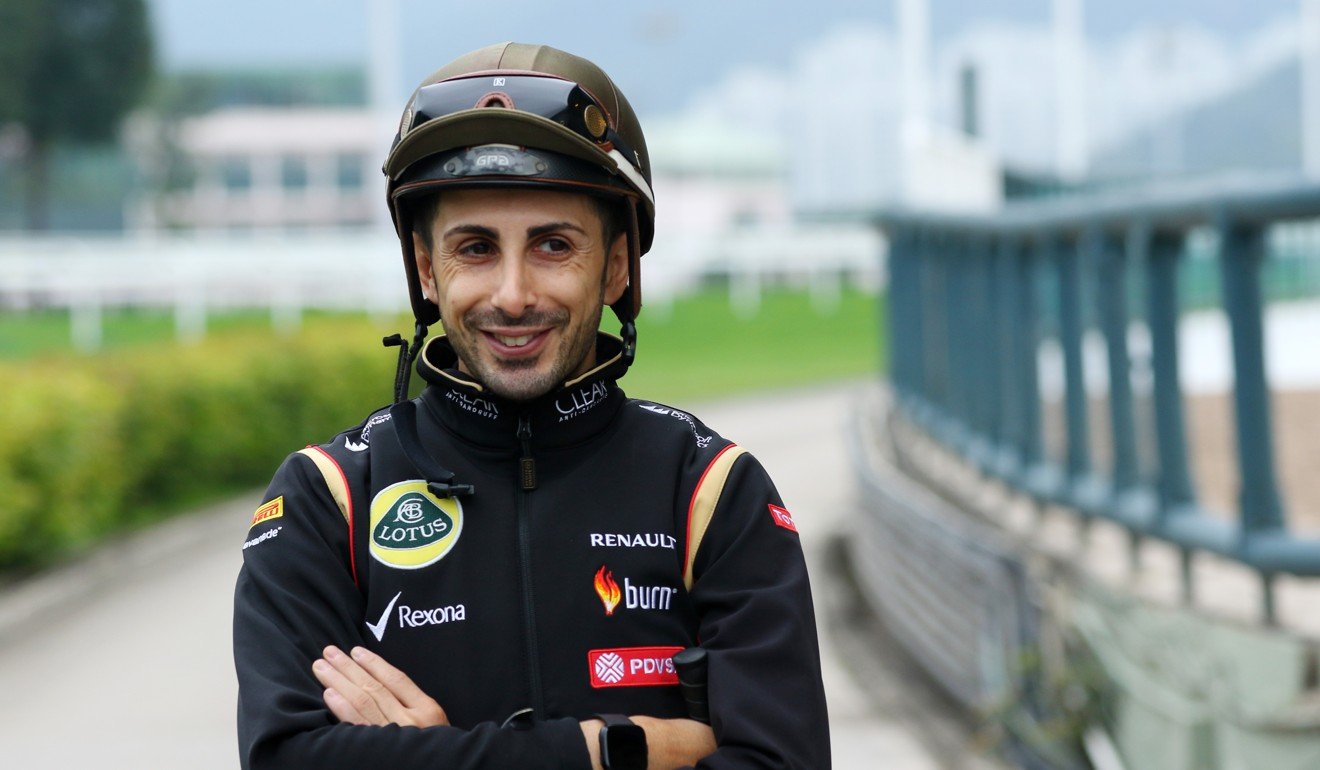 It’s been a tough season for Alberto Sanna and the affable Italian was in the wars again on Sunday, with the 32-year-old coming off Young Glory on the way to the gates for the second race and injuring his ankle.

An MRI showed Sanna has a minor fracture in his left ankle, with the jockey to undergo surgery on Sunday night.

It is not yet known how long the injury will keep Sanna out of the saddle, however chief steward Kim Kelly confirmed he will not ride on Wednesday night and will not be accepting rides until further notice.

Another cloud for @Albe_Sanna has a silver lining for Joao Moreira: Sanna sustained an ankle injury on the way down for R2, leaving the door ajar for Moreira to partner John Moore's Champion Supreme to a fluent success in R5. #HKracing pic.twitter.com/RJbHSdgVFy

The injury comes just months after Sanna shattered his hip in a cycling accident and is another headache in a season that has yielded only five winners.

Quite literally adding insult to injury was the fact Sanna had a full book of rides and two of those he was forced to forfeit went on to win.

Champion Supreme saluted in the Class Four Mirs Bay Handicap (1,800m), notching his first win at start seven after switching from the Caspar Fownes stable to John Moore earlier in the season.

Alberto Sanna's loss proves Dylan Mo's gain in R8 at Sha Tin as Manfred Man's 32-1 chance Super Wise goes pillar to post: Sanna is being treated for an ankle injury sustained before R2, while Mo was enjoying his first win since graduating from the apprentice ranks. #HKracing pic.twitter.com/zw5K5pLjE2

Joao Moreira stepped in to fill the void and Moore was all smiles after the unexpected bonus.

“Joao available to substitute for somebody, you couldn’t ask for better,” he said, praising the Brazilian’s effort.

“[The horse] got the gun ride, three-back fence, got into a nice rhythm and just showed that he will get over ground and Joao when he got off said ‘you can put him over more’.”