The five-year-old finally shows what he is capable of, winning his first race in Hong Kong at his 25th start after overcoming abscesses in his lungs Tuberculosis is not a disease usually associated with horses but a common treatment has brought the best out of the David Ferraris-trained General Dino.

The gelding arrived in Hong Kong in November 2016 after winning his maiden in France, but has struggled to make a big impact, with just six placings from 24 starts in his new home.

Ferraris revealed General Dino had these persistent little illnesses that were holding him back and he didn’t know what to do.

“He kept on getting these low-grade fevers and we couldn’t find out what was wrong with him – he’d shown no symptoms, he’d just get a fever, he’d be lethargic,” the South African trainer said. 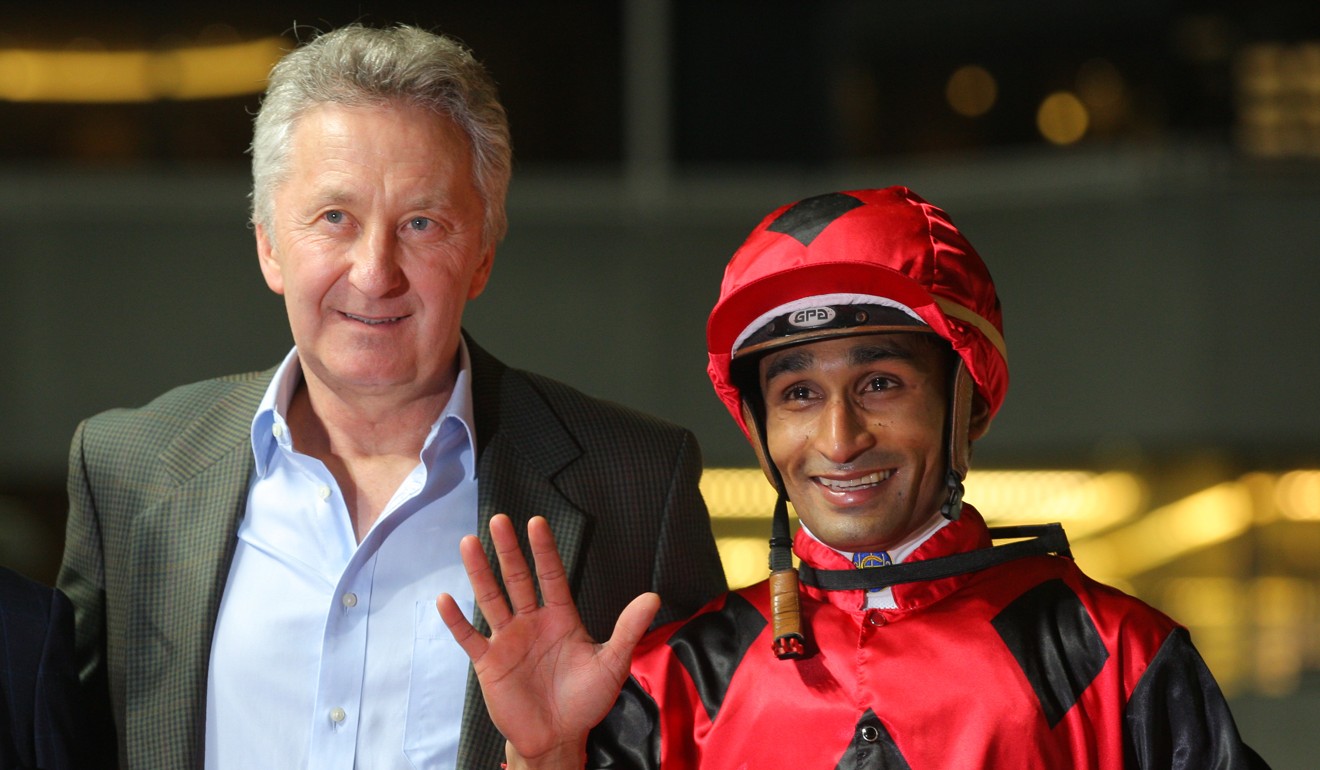 “Then Dr John O’Shea did an ultrasound on his lungs and he found big two abscesses. Every time he’d get a fever, the antibiotics we were giving him weren’t actually getting to the abscess.

“So he put him on this drug they treat tuberculosis patients with – an antibiotic, rifampicin – and it’s cleared him. That was his problem.

“It’s only happened in the last six weeks. Antibiotics cannot penetrate an abscess because of the pus, but rifampicin is designed to penetrate the abscess and that’s what sorted it him. The difference has been night and day.”

The new and improved General Dino was on show at Sha Tin in the Class Four Sha Kok Handicap (1,650m) on Wednesday night, sitting just off the pace before finishing off strongly in the straight, overhauling the early leader Travel First to grind out a tough victory.

It was also the five-year-old’s first start on the all-weather track – something Ferraris will continue to pursue.

“Neil Callan told me to put this horse on dirt, but he couldn’t manage to do the weight today at 120 [pounds] – it was too light for Neil,” he said.

“He was confident the horse would run well and Karis [Teetan] is a top-class lightweight so I was very fortunate that he didn’t have a ride in the race. I’ll definitely try to keep him to dirt and 1,800m is fine as well.”

It was the first of a running double for Teetan, who also tasted success with Frankie Lor Fu-chuen’s Star Luck.

No serious medication was needed to help John Moore’s Just Not Listening return to form – a trip to Conghua did the trick – as he upset odds-on favourite Coby Oppa in the first section of the Class Three Hin Yiu Handicap (1,200m).

Just Not Listening makes all in R3 for @SchofieldChad, repelling all challengers to claim his third win on the dirt this season. #HKracing pic.twitter.com/RI0qy66dCo

Chad Schofield got him out of the gates quickly and straight to the front, where he controlled the race and didn’t give anything else a chance.

It was Just Not Listening’s third win of the term, but his first start since dropping out of a similar race on December 19.

“He’d just had enough so we sent him over to China for a break. He was in a paddock for three weeks, he was able to settle down and eat grass for three or four hours a day. It’s a big plus getting him back and being able to do that,” Moore said.

“He got to the front, he was able to travel and hit the line – we know he’s a fresh horse because he’s won first-up before. There’s probably another [win] in him this season.”

The Irish-bred import had not finished better than eighth in his 11 previous Hong Kong starts and was never within seven-and-a-half lengths of the winner in any of those races, so he had plummeted from a rating of 73 to 30.

Michael Chang starts with a bang! Keep Winning takes out R1 at Sha Tin to give handler his 11th win of the season. #HKracing pic.twitter.com/ClWNHTYs0e

But after saluting at $27, we will see if the five-year-old can live up to his name.

“He’s just a European horse who took some time and needed his handicap to drop down a lot,” Chang said. “He’s down to Class Five with a rating in the 30s, he had a bit of a class advantage. He’d won on the synthetic track in England before as well.”

Me Tsui Yu-sak’s promising youngster Winner Supreme kept his good form rolling, knocking off Simply Big by the narrowest of margins to the delight of Victor Wong Chun, who ensured his fellow apprentice Alfred Chan Ka-hei will have to wait at least one more meeting to secure his first Hong Kong victory.

Winner Supreme goes back-to-back on the dirt! Victor Wong tallies up his 29th success this season as the Me Tsui-trained gelding clings on to win. #HKracing pic.twitter.com/W1nVSHUBd8