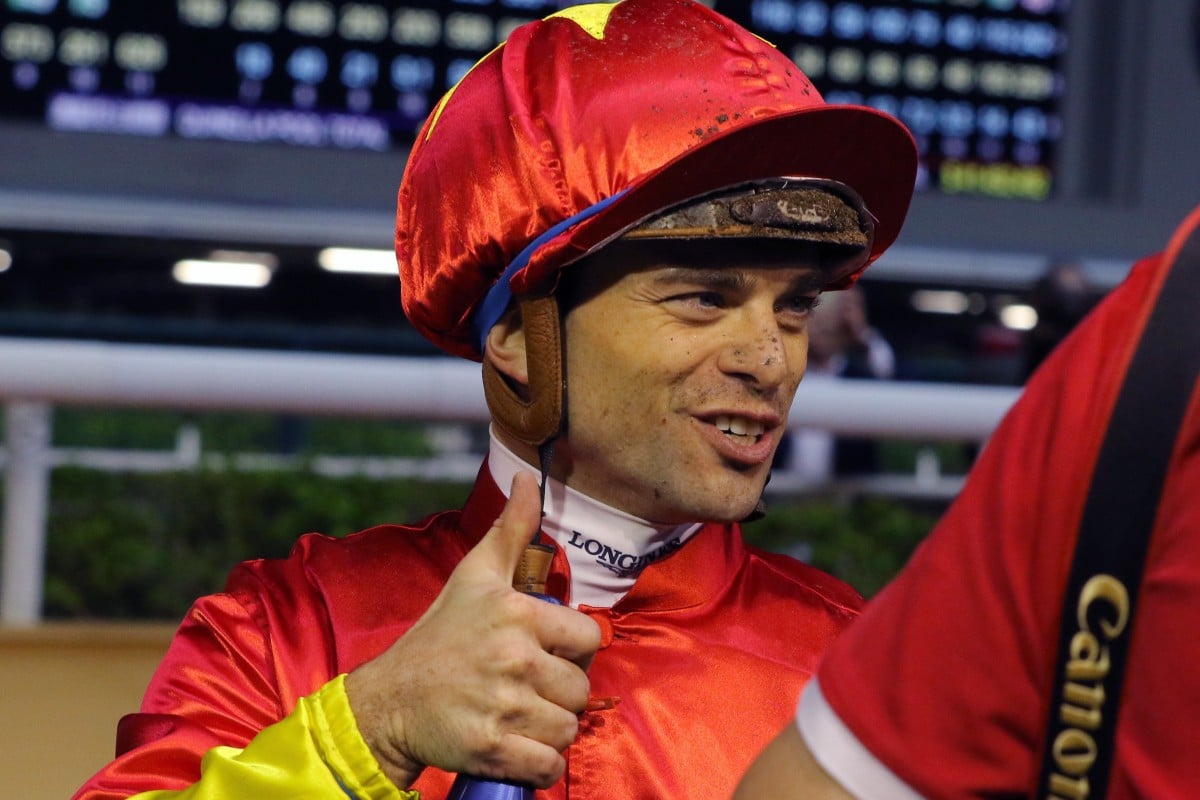 Umberto Rispoli is delighted with the win on Starlight at Happy Valley earlier this season. Photos: Kenneth Chan

Honest galloper Starlight gave jockey Umberto Rispoli his favourite moment this season and the popular Italian is looking to replicate that feeling again on Wednesday night.

The Dennis Yip Chor-hong-trained six-year-old flashed home from near last in November to give Rispoli his 100th Hong Kong winner and he believes the stars have aligned again in the Class Three Dongcheng District Handicap (1,200m).

The speedster has drawn barrier one and Rispoli is hoping to get a run in behind the leaders to allow him to use his lightning turn of foot over the last 100 metres. 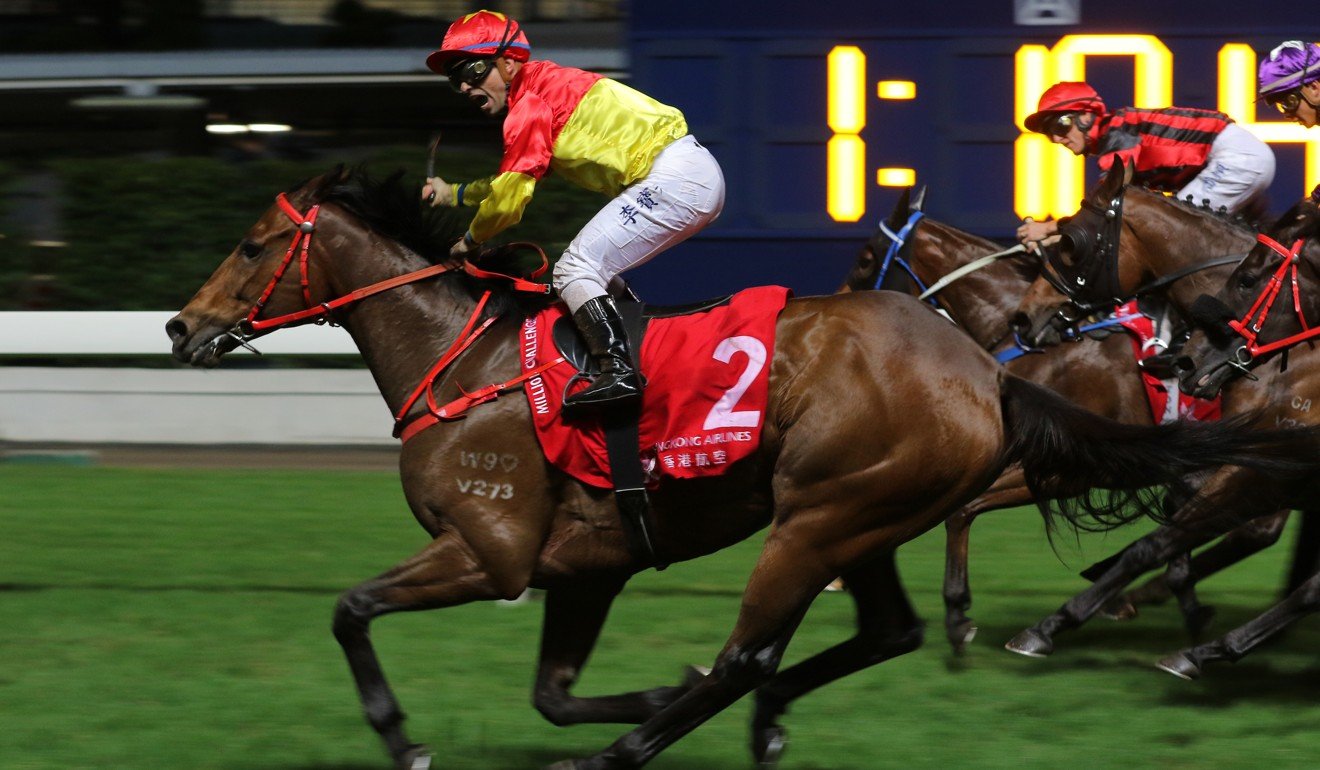 “He is a horse where you can’t use him too much in the beginning, just let him find his feet in the first 200 to 300 metres,” he said.

“He is a nice horse where if they go fast he can have a nice turn of foot, he is always fighting hard and giving it his all.

Having raced from wide barriers in his last two starts in Class Two grade, Starlight will have a better time dropping back to Class Three where he has won four races in two seasons.

“He loves the track, since the start of the season he has done very well and kept his condition,” Rispoli said.

Matthew Poon becomes one of the youngest riders ever to earn a place in the LONGINES IJC! Whyte and Schofield draw a blank in the finale but @umbyrispoli is elated as Starlight produces a dramatic late swoop to give him his 100th Hong Kong success. #HKIR #HKracing #IJC pic.twitter.com/CZHcZTLDk1

“He is a horse that gives you a really good feeling, I just hope there is some nice speed in the race and I can ride him back on the fence.”

Rispoli still regards his win in November as one of his best after being posted near last on the fence with 400m left to run. 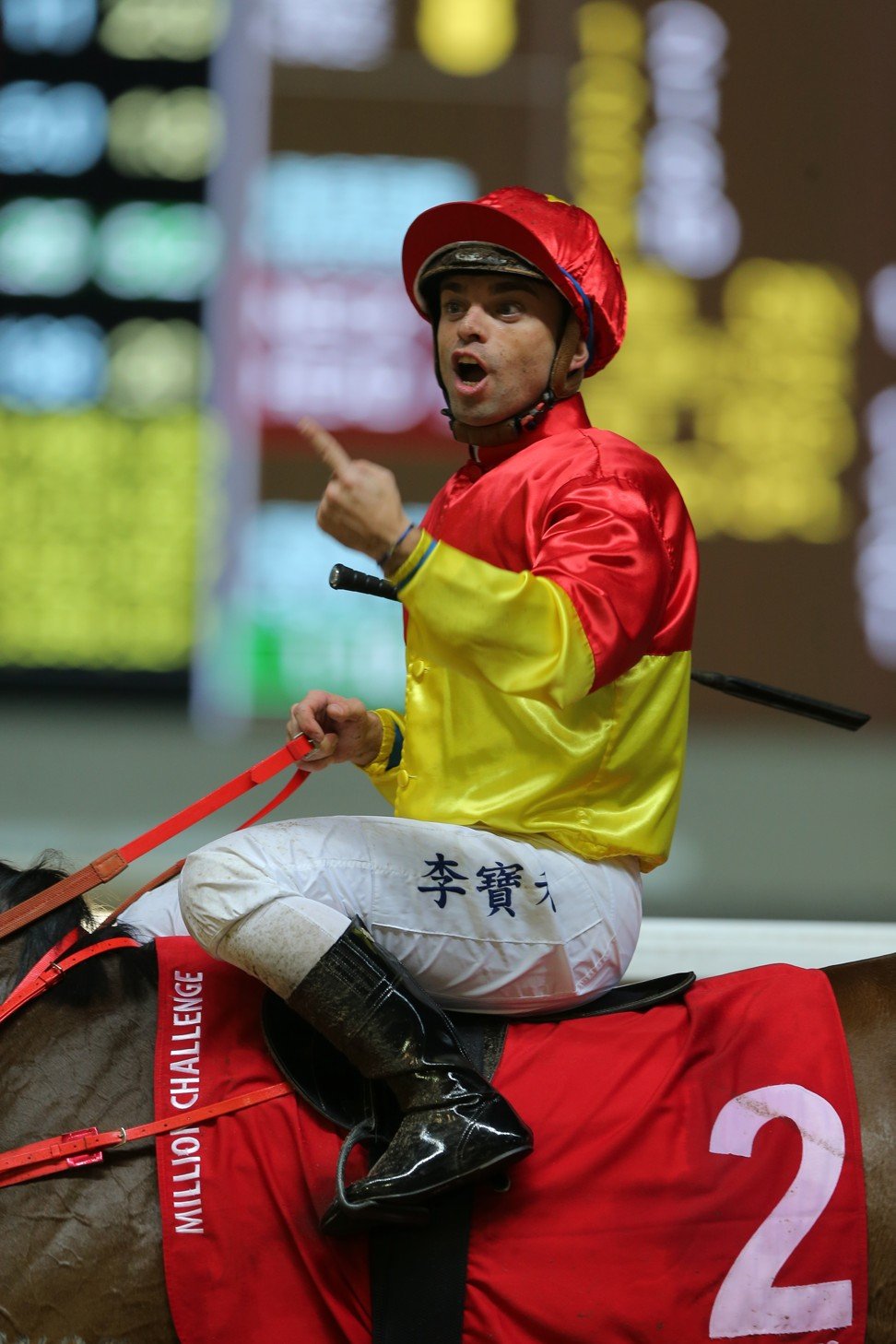 “It’s always nice when you can find the room and the horse responds well by kicking hard. It was a remarkable win, you could never forget that being your 100th even if it was a simple Class Three race.”

After a slow start to the season, the 30-year-old has gained some momentum in the riding ranks and is consistently riding winners.

“I was happy with the win of Green Card because he was my first winner for John Moore,” he said. “I haven’t ridden much for him but when I first came here he used to give me support in the big races, he would give me something which was good. 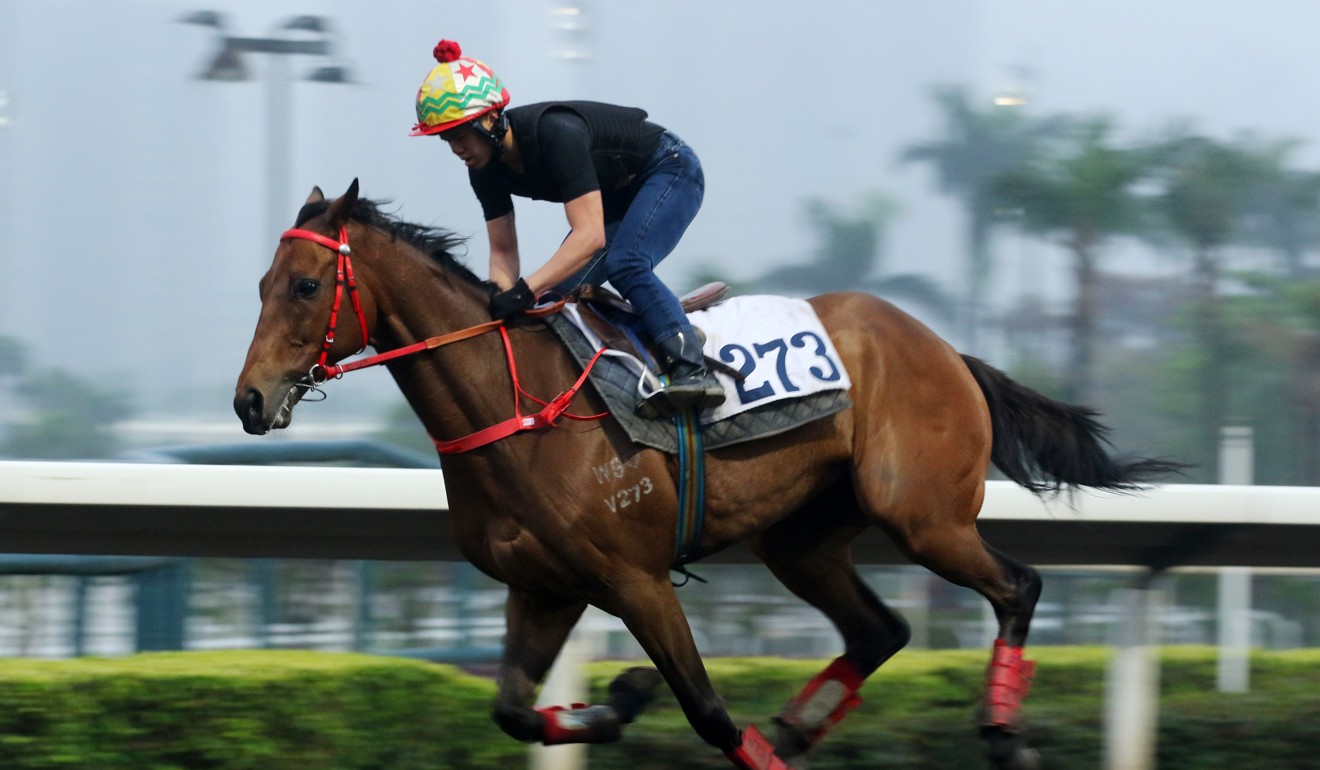 “I was very happy to get a winner for him before he retires.”

While he won over 1,200m in Class Three on Sunday, it was not going to be the case until some forward thinking.

“At the entries the horse was the second reserve in the 1,400m race and I gave John a call and said what about moving him to the 1,200m, it looks an easier race and not as strong,” Rispoli said.

“He said ‘OK let’s move it then’ so he gave me the ride and it came off with the win. When I came back he said this win is yours, not mine.”