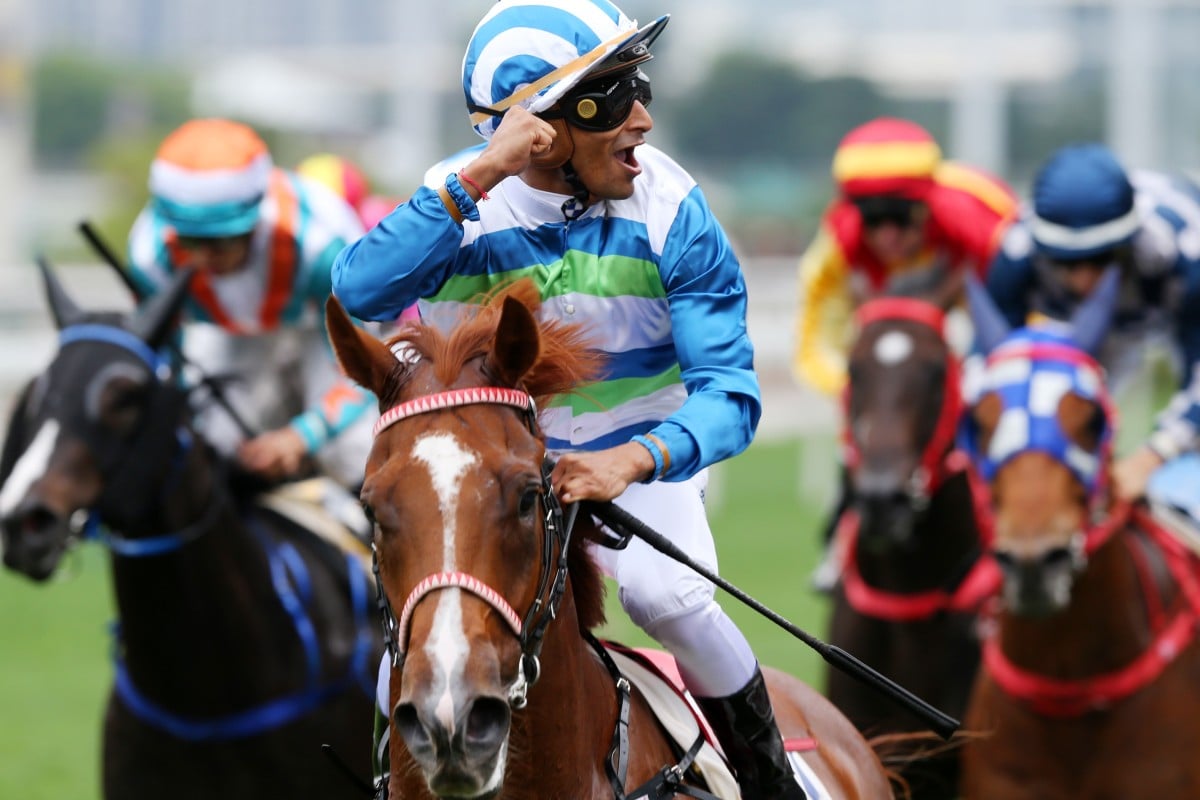 Jockey Karis Teetan is excited as anybody to see speed machine Voyage Warrior back at the races, but the Mauritian knows there is a lot of water to go under the bridge before the star three-year-old makes it to the big time.

The sprinter blitzed his rivals on debut last month, winning easily by four lengths down the Sha Tin straight, and he is back to do it all again in the Class Three Hong Kong Lions Cup(1,000m) on Sunday.

Such was the dominance of his win, Voyage Warrior drew comparisons to the late Sacred Kingdom, who went on to win four Group Ones after a scorching debut victory. 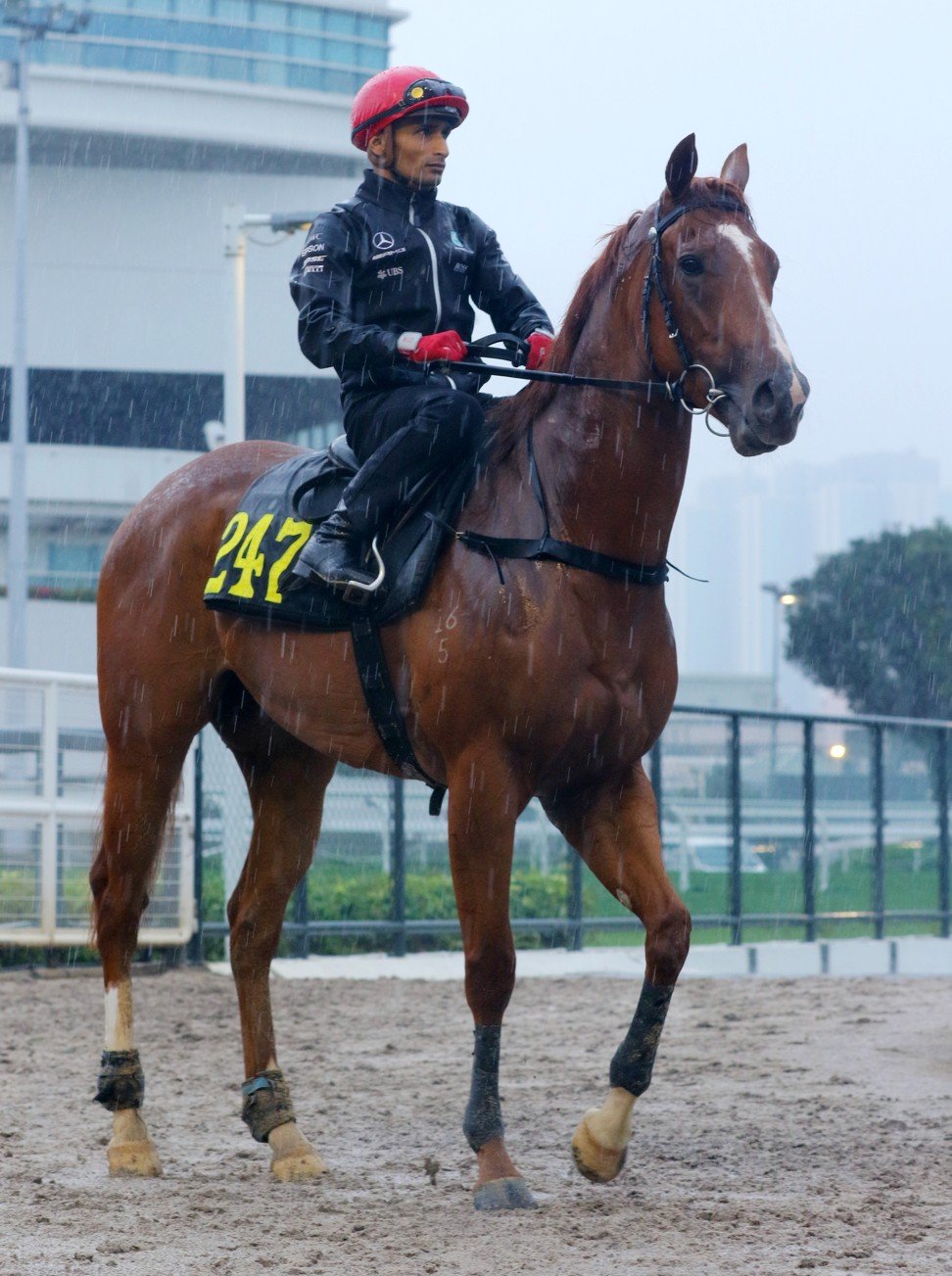 Voyage Warrior’s above average performance was not missed by the handicappers who gave him a huge 14 point ratings bump to catapult him to almost the middle of Class Three after one start.

Teetan, who will again have the luxury of jumping from an outside barrier for the straight dash to the finish, said he had not felt a debutant as quick as Voyage Warrior since subsequent dual Group One winner Mr Stunning.

“The horse before him who gave me that feeling was Mr Stunning when he won at Happy Valley. After him I haven’t sat on a horse who won like that until Voyage Warrior,” he said.

“It’s way too early to put anything on him at the moment. [But] his first win, not many horses can win like that so a lot of people have a high opinion of him already. “For me and for us jockeys, it is nice to come out and win on these horses who have a bright future but he still just a three-year-old and it was only a Class Four.”

While the Ricky Yiu Poon-fai-trained gelding is likely to be carrying the grandstand as a short-priced favourite on Sunday, Teetan said he did not put any extra expectations or pressure on himself.

However, he believes that there is no reason the horse cannot continue on his winning ways.

“He is a very exciting horse going forward so it is nice seeing him back on the track again,” he said.

“We have seen it plenty of times in Hong Kong, a horse will trial so well and then when they go to the races they don’t look the same.

He could go on to be a superstar like Sacred Kingdom (also an impressive 1000m CL4 winner on debut) or more like Top Beautiful, who recorded very similar figures and the same style of win on debut as Voyage Warrior, but only ever reached the heights of a Class 3 winner. https://t.co/qNELLRkBTS

“The ones that do come out and do it on race day, they keep climbing the ladders very quickly. He looks like a decent type of horse and he is doing everything right so he is exciting going forward.”

Teetan will also ride the quirky Multimillion, who will go around a bend on Sunday for the first time since February.

On that occasion, the straight-track specialist had former jockey Douglas Whyte fearing he was about to get speared through the outside rail when he refused to take the turn after travelling strongly through the back straight.

After winning twice up the straight since that incident under Teetan, he is confident the four-year-old has ironed out the creases. 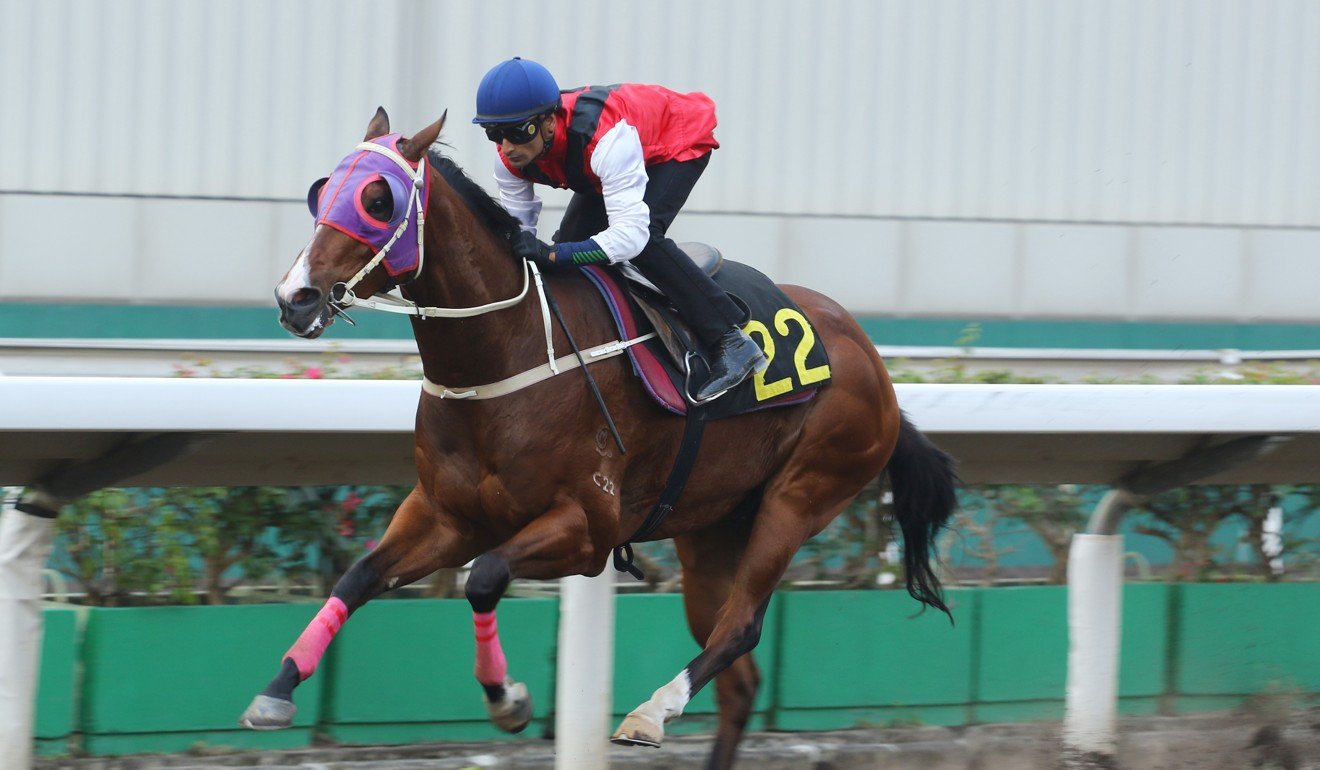 He will also take to the all-weather surface for the first time in the Class Three Swan Handicap (1,200m).

“It’s going to be very interesting for him on Sunday, we have trialled him twice now and he has been super on the all-weather so we have decided to stick with the track,” he said.

“We have learned that you can’t try and strangle him in races, you have to let him go with the flow. It looks like there is a lot of speed in the race so he might end up in a beautiful spot without pushing or pulling too much. It will be interesting for him.”