The pair continue their exceptional season, combining for a double at the Valley to take their win tally as a duo to 28 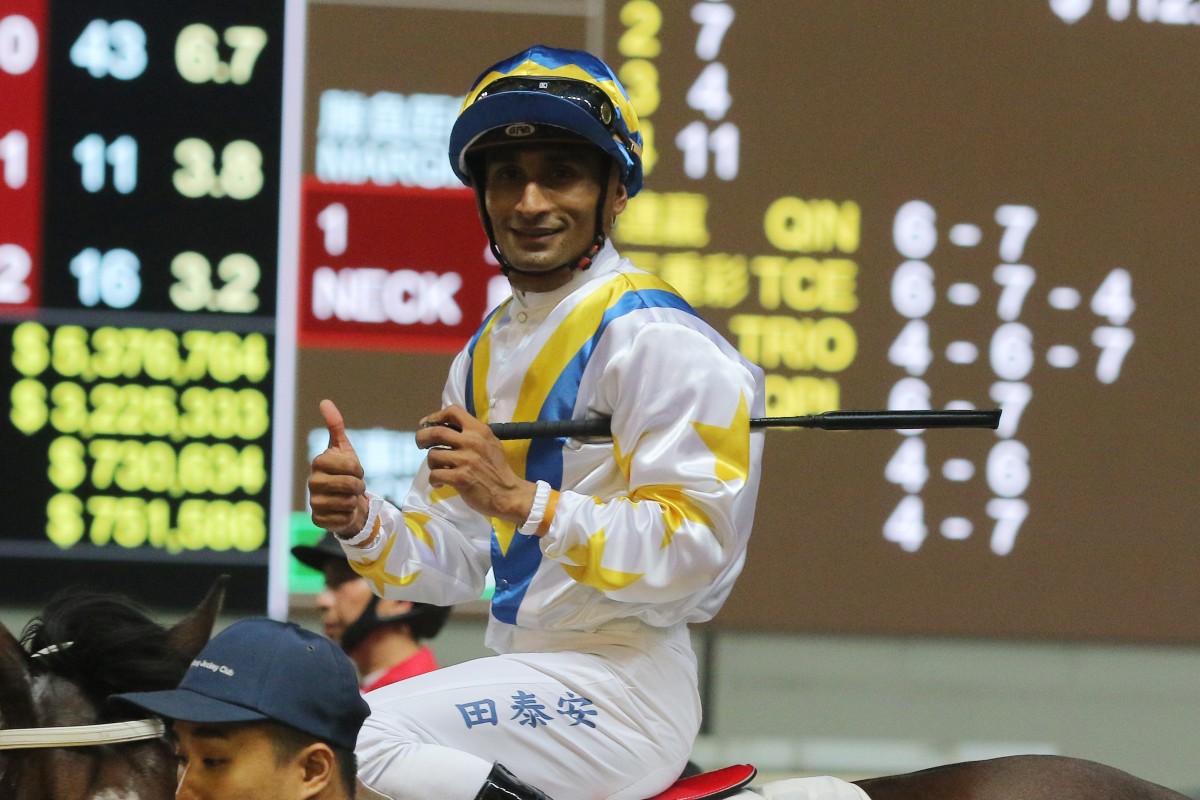 Tony Cruz and Karis Teetan continued their exceptional season together as they combined for another double at Happy Valley on Wednesday night with Hong Kong Bet and Brave Legend.

Before the start of the term, Cruz had engaged the Mauritian for just 41 rides (and only two wins), but they have become a force this season with 28 wins from 159 starts at an exceptional strike rate of 17.6 per cent.

“He’s been a big supporter of mine this season – without him supporting me like this I wouldn’t have so many winners,” said Teetan, who is a clear second in the jockeys’ championship with 74 winners.

.@KarisTeetan takes the gap and gets it done aboard Hong Kong Bet in the Le French May Trophy. #HKracing #HappyWednesday pic.twitter.com/v9eW76FYTc

“I’ll keep working hard – I’m attached to a powerful stable, so hopefully that relationship can continue.”

Both winners provided excellent value for supporters with Hong Kong Bet paying 10-1 for his win in the Class Three Le French May Trophy (1,000m), while Brave Legend returned $24 to his backers in the last race.

Teetan joked he could have grabbed a beer, he was so far off the track when the latter won. 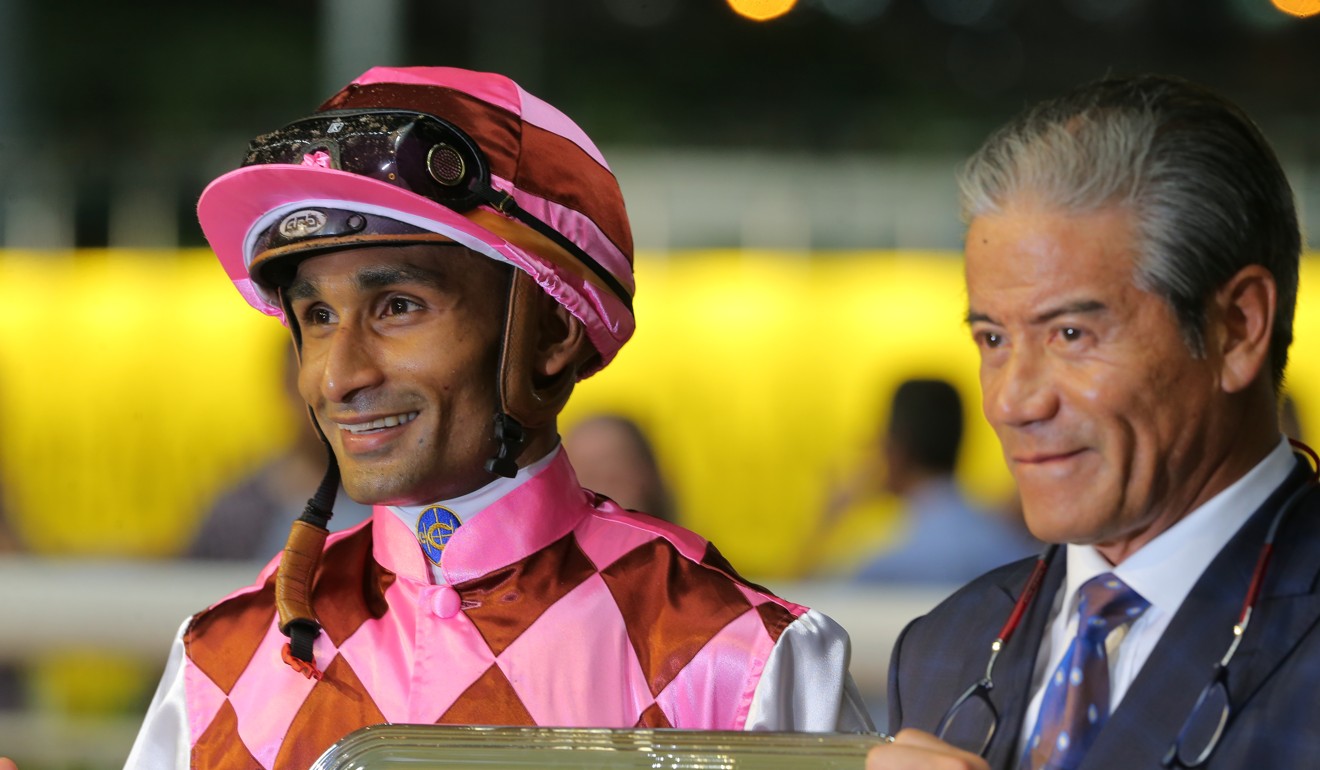 “I know I let him hang out but when he does hang out it feels like he’s giving me his best. So it probably cost him nearly a length hanging out but I didn’t want to break his momentum – he was giving me so much so I let him go,” he said.

“He has won like this before so I knew he was going to catch them. Tony had him in good shape. He’s had a few issues this horse, he’s got an engine but he needs things to go his way.”

Ho and Lui have now joined forces for 18 winners this season (the trainer only has 24) from 124 starts at a strike rate of 14 per cent.

What a finish?! @KarisTeetan and Tony Cruz combine for a double as Brave Legend surges from the tail of the field to score. #HKracing #HappyWednesday pic.twitter.com/lyqBQQPxdc

Ho gave This Is Class a perfect ride, settling him just behind the leaders before kicking clear in the straight to give him two wins and a second from his past three starts – all since Lui decided to take him to Happy Valley.

“He is improving – he is more mature. In trackwork or in a gallop he showed he was a bit green but now he showed fight,” Lui said.

“At Sha Tin he is more tense and nervous, but here he is a bit quieter so we’ll keep racing here for the time being. Hopefully he can win again in Class Three.”

Aldo Domeyer relished the return to racing at the city track, nabbing the opening race of the night with Manfred Man Ka-leung’s Everbrave.

The South African kick-started his Hong Kong stint in stunning fashion a fortnight ago with two winners from three rides at the Valley, but he didn’t have the same success at Sha Tin, which hosted three meetings in a row.

But coming back to the unique circuit proved just the tonic as he added his third Hong Kong win (and a second with Righteous Mate) to his resume.

“He’s got the ability, but it’s just whether he wants to do it, it’s more mental than physical with him,” jockey Zac Purton said.

“He’s been very consistent but he’s had many chances to get that win and he’s just been throwing his races away, so it was time to try something different.

“Happy Valley was a bit of a risk because he’s a quirky horse and the gate wasn’t ideal with the make-up of the race – I had to make use of him early – but he got the job done.

“He’s done it with a big weight on his back, that’s not easy to do, so hopefully things click with him a little more now and he can go on with it.”