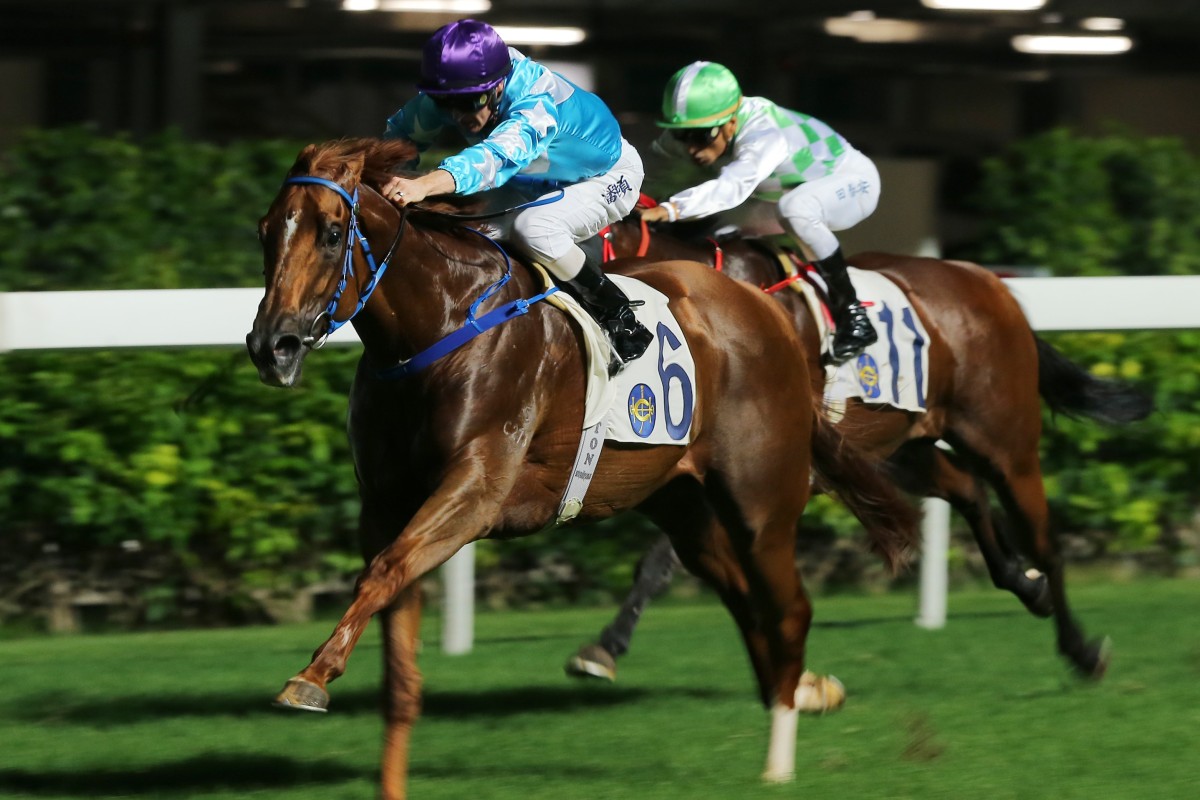 Jimmy Ting Koon-ho’s patience with his young horses is starting to pay off and the first-season trainer looks to have a genuine stable star on his hands in Yee Cheong Baby.

Last month, Yee Cheong Baby gave Ting his first victory with a horse he imported himself – rather than acquired via a stable transfer – and the three-year-old made it two from two at Happy Valley on Wednesday night, while Takingufurther also got in on the act with his first win at start number four. 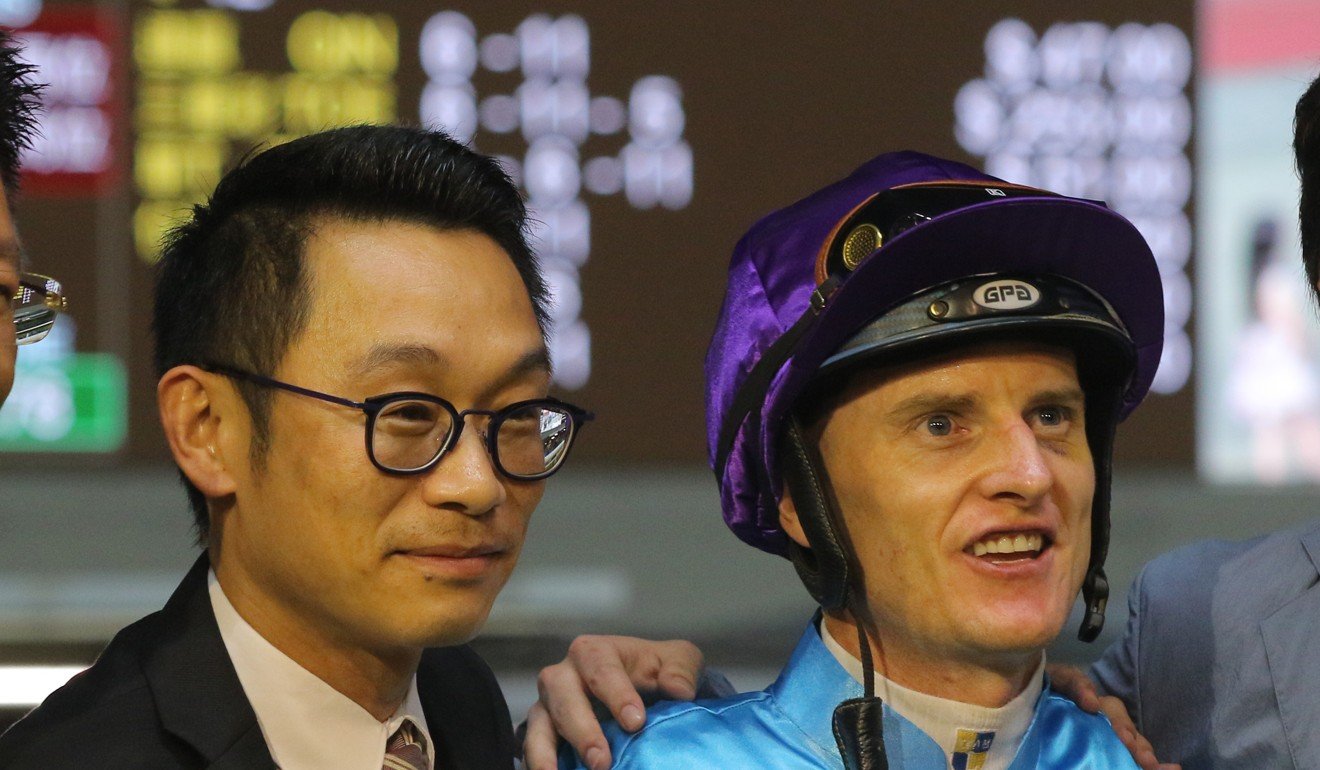 Yee Cheong Baby was in control from start to finish in the Class Two Suffolk Handicap (1,200m), producing a commanding performance to defeat Fat Turtle by two lengths and hand Ting his first win in the grade and his biggest race win to date.

“The horse has improved, hasn’t he?” said a visibly excited Ting. “I think he is a top of Class Two horse for now but we will have to see next season if he will impress us more.

“I just didn’t push him, I let him relax after his first start and only galloped him two times. He is a big horse, he is still growing too. Next season he will be better again. 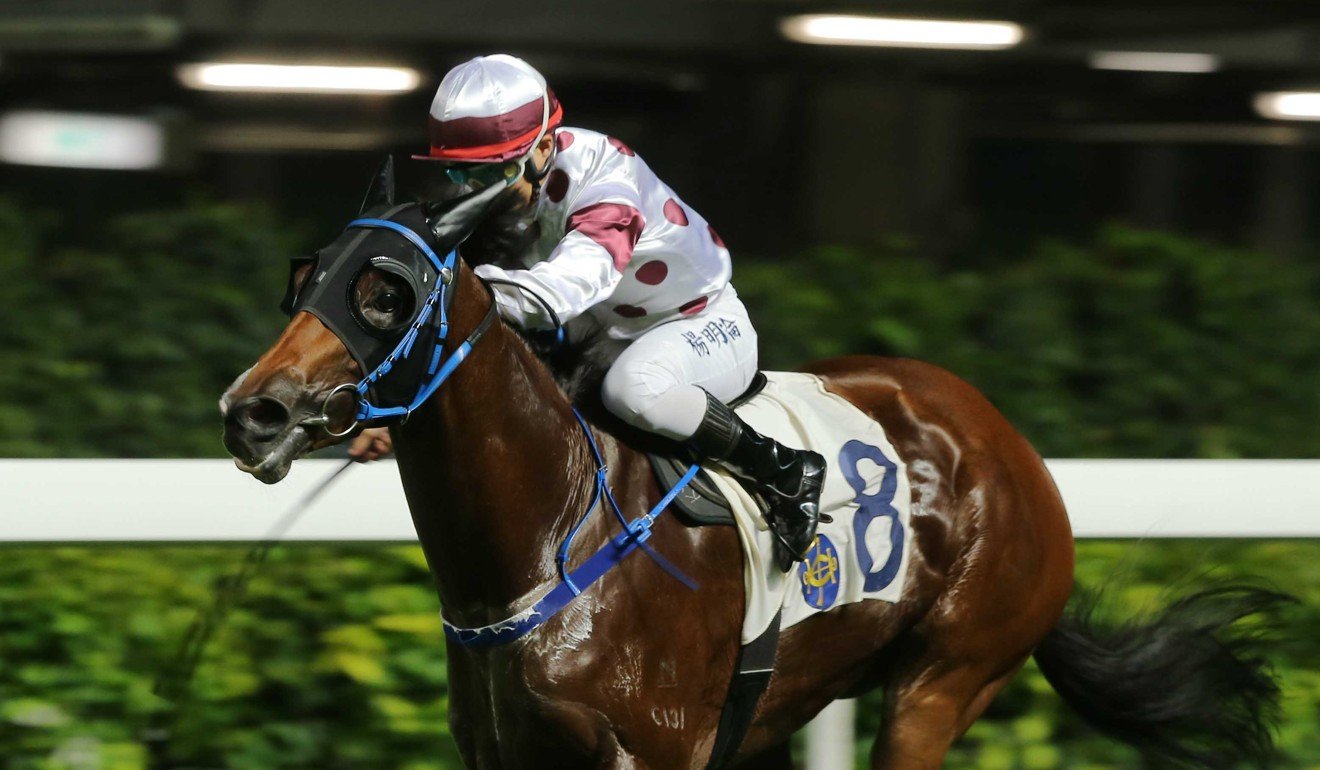 “I will give him a rest now and see what happens next season. He is my best horse at the moment so hopefully he can win one or two more.”

Takingufurther sat second in the run under Keith Yeung Ming-lun in the second section of the Class Four Dorset Handicap (1,200m) before taking over in the final 150m.

It capped three months of gradual improvement for the four-year-old after a 13th on debut, an eighth and then a third before Wednesday night’s breakthrough.

“I think he will keep improving but the horse is still very nervous so after this race I think I will let him have a rest until next season,” said Ting, adding that removing the tongue-tie and replacing the blinkers with a visor helped relax the horse.

Caspar Fownes also had a solid night out at his favourite track, with Jumbo Prize taking out the first section of the Dorset Handicap as the $2.5 favourite and Fearless Fire saluting in the second section of the Norfolk Handicap.

“The stable has not been going that well this season but hopefully we can turn it around and just finish off with a little bit of a flourish the last part,” Fownes said.

“He’s a nice young horse and he’s going to be a nice horse next season,” Fownes said. “He’s improving each time, I think he’s still learning his trade. He’s the sort of horse I think we will have a bit of fun with next season.”

Fearless Fire thrived on the quick backup after running seventh at the city track a week ago, with Vincent Ho Chak-yiu continuing his dream season by booting home both of Fownes’ winners. 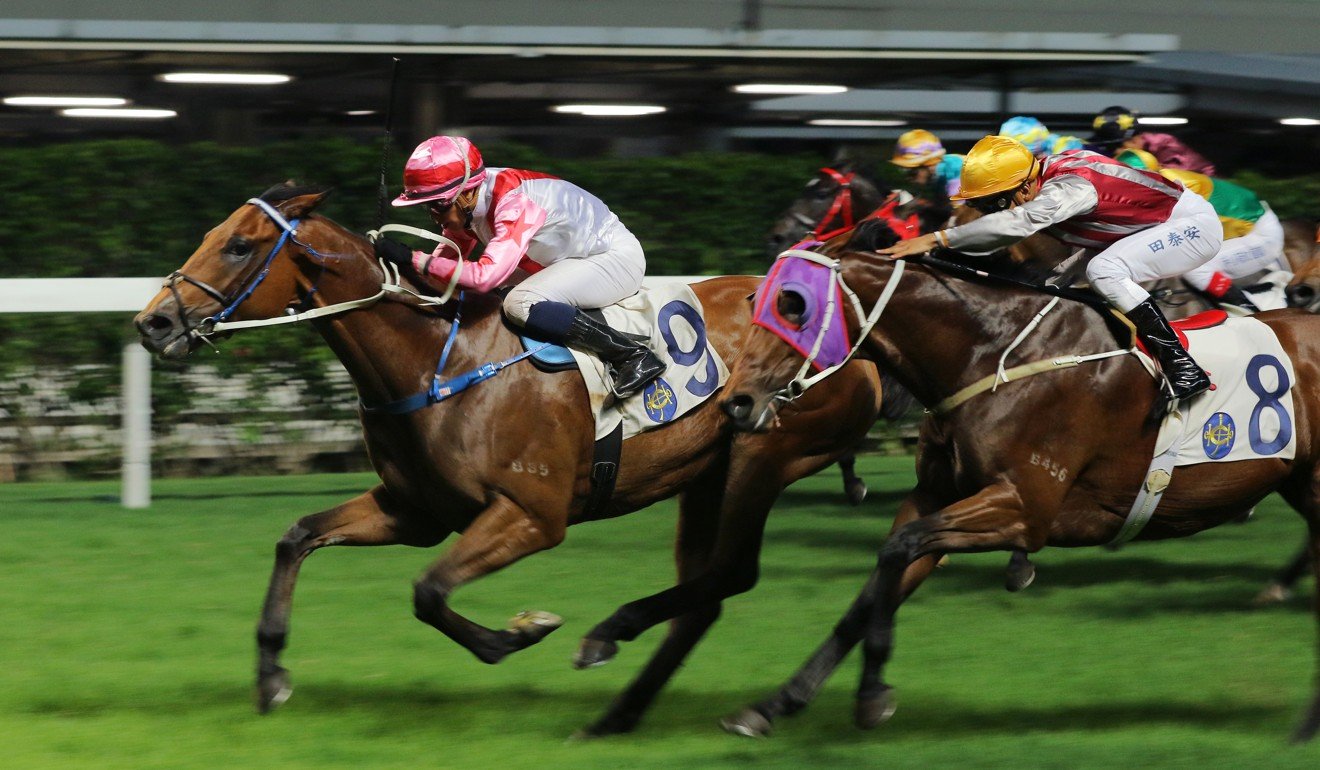 “Last week was a nightmare and I don’t know what happened,” Fownes said. “He pulled up well the next morning so I said ‘you can go back to the races’.

“Bring him back in trip and I said to Vincent ‘he’s rock hard fit and he’ll run a bottler’. I’m so proud of [Ho], he’s had a great season. He’s one of the hardest working jockeys and he really has a go.”

Little Fantasy repaid the faith of connections in the night’s opening event, with the Manfred Man Ka-leung-trained seven-year-old taking out the Class Five Cornwall Handicap (1,650m) to post his first win since June 2016.