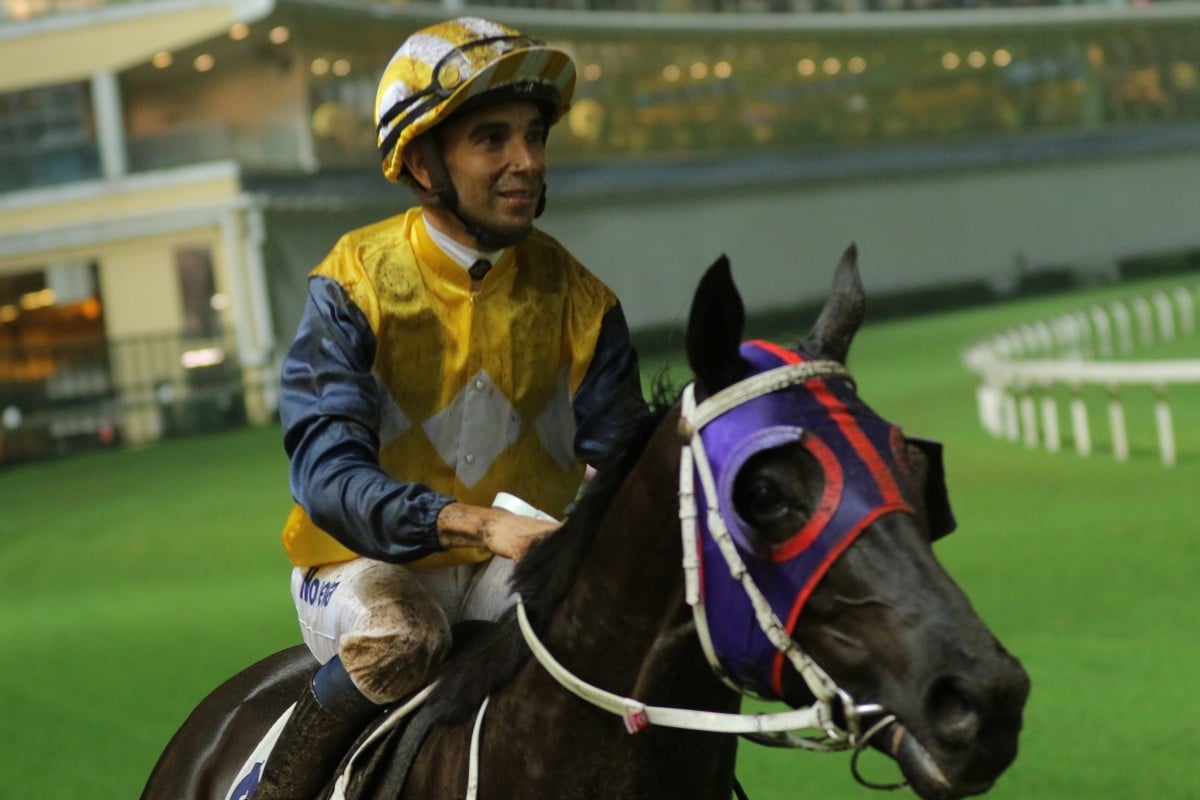 Joao Moreira returns on Waldorf after winning the final event of the night, capping off a four-timer at Happy Valley. Photos: Kenneth Chan

Jockey Joao Moreira climbed off his sick bed to deliver a stunning four-timer at Happy Valley on Wednesday night.

The Brazilian was in doubt for the meeting earlier in the week after being struck down by the flu, but willed himself to the races and it proved to be worthwhile.

After being absent from Tuesday morning’s barrier trials, Moreira was cleared on Wednesday morning to fulfil his book of seven rides.

“I honestly didn’t think I’d have that many winners … it’s not always you go home with four winners and I couldn’t be any happier,” he said. “Yesterday I was having fever and strong headaches but fortunately I saw a doctor that gave me strong tablets and got me well for today.

“If the races were yesterday I was definitely not going to be able to make it.”

Coming home with a wet sail, Moreira rode the last three winners on the card, which included a breathtaking last-to-first rails run on the Tony Cruz-trained Waldorf in the Class Three Tan Shan River Handicap (1,200m).

The quartet of winners comes on the back of another four-timer at Sha Tin on Sunday.

With rival jockey Zac Purton also grabbing a double on Wednesday night, it means the combination of Moreira and Purton have won 16 of the last 19 races in Hong Kong.

Purton combined with Happy Valley specialist Caspar Fownes to win on Perfect To Play in the Class Four Sauternes Cup (1,650m) to cap off a huge week for the duo under rain-affected conditions at the city track.

What does Hong Kong’s dominance mean for the future of the Kranji Mile?

After settling at the rear of the field, Purton produced the ride of the night with a perfectly timed mid-race move down the back straight that saw him lead the field into the short straight.

“Zac knows what he is doing, he has the stop clock in his head,” Fownes said after the win. 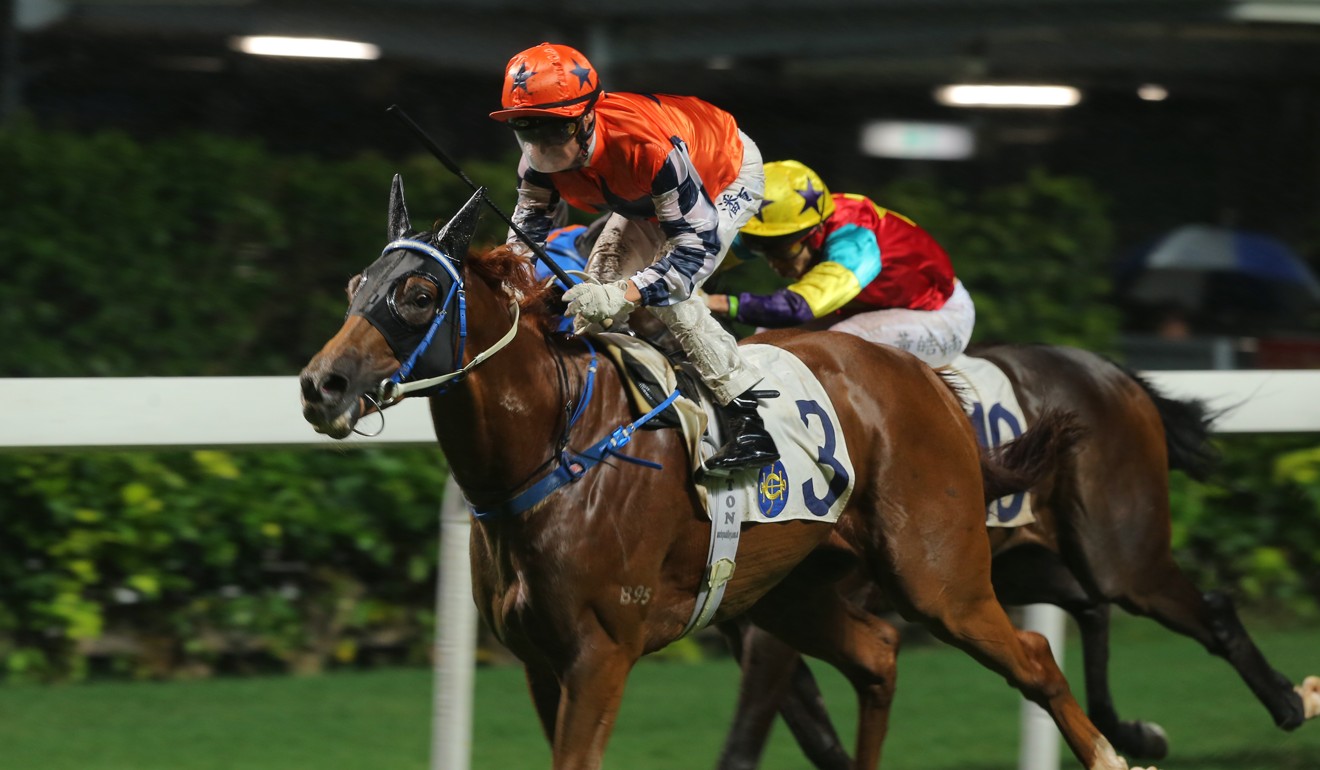 Transferring from Chris So Wai-yin’s stable midseason, Perfect To Play has been a model of consistency for Fownes, reeling off two wins in six starts.

“He is a bit of a quirky boy but we seemed to have got him going,” Fownes said. “Now he is going to go up in class with the low weight, so we will get Vincent [Ho Chak-yiu] back on him and see how we go up in class but down in weight.

“That is the big test for him, he has done his job already but if they can go up in class and down in weight you are always a chance to snag another race.

“He has shown that if there is a bit of sting out of the track he can handle that and in the next six weeks we should have a few tracks with a bit of give in them, so that will be good.”

The 24-year-old was thrown from a horse after finishing its work when it had an incident with another horse, which was ridden by a trackwork rider. 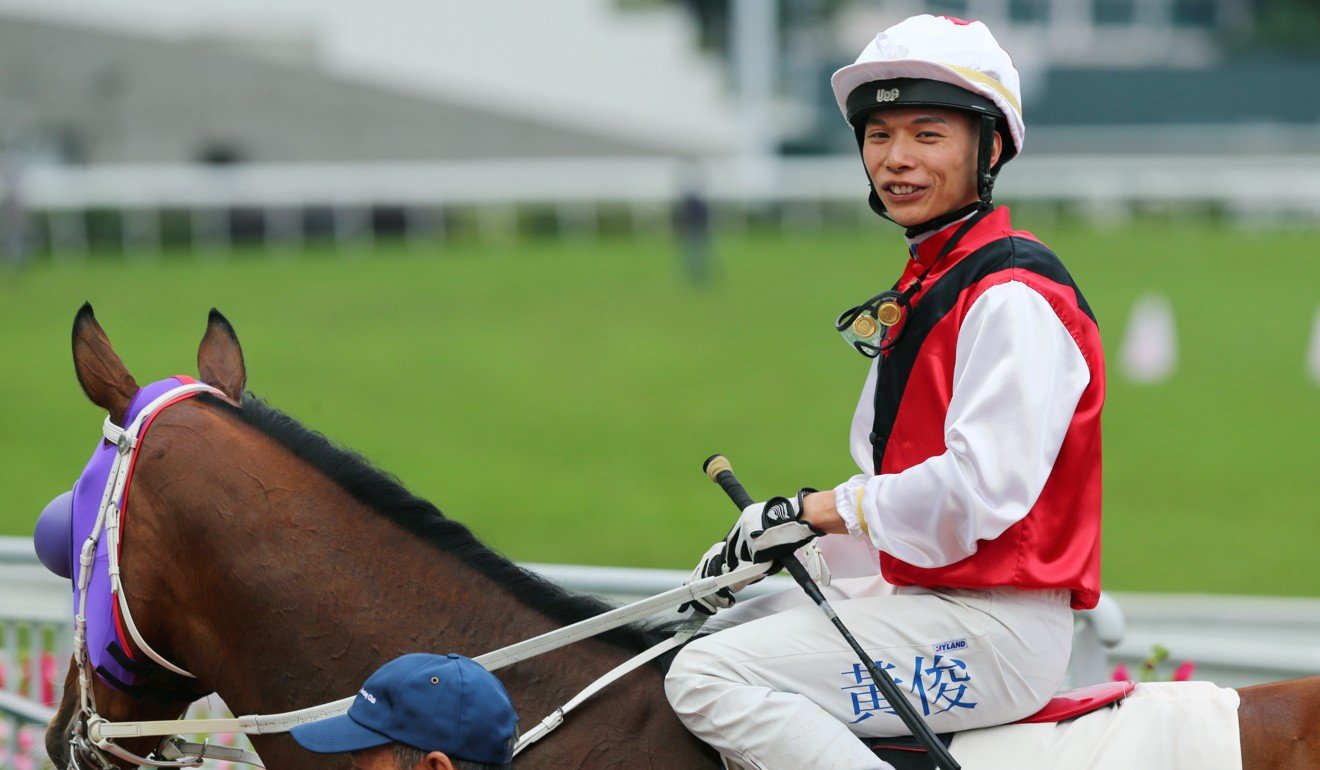 Wong was transferred to the Prince of Wales Hospital where he remains in intensive care after suffering multiple injuries.

“He is in a serious but stable condition, he will remain in hospital for at least a few days,” Jockey Club executive director of racing Andrew Harding said.

“He was dislodged during a track work incident. He’s is conscious and has been conscious throughout.”

Jockeys Dylan Mo Hin-tung and Matthew Chadwick copped suspensions from the meeting with Mo rubbed out for four meetings and fined HK$20,000 for his ride on Holy Unicorn, while Chadwick will miss two meetings for his ride on Jolly Convergence. 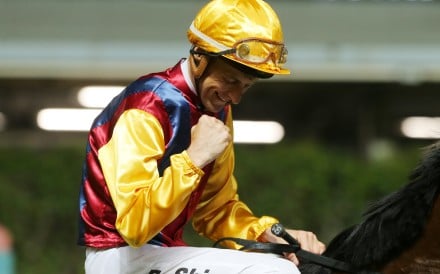