Beauty Generation would have given Yasuda Kinen ‘a shake’: John Moore 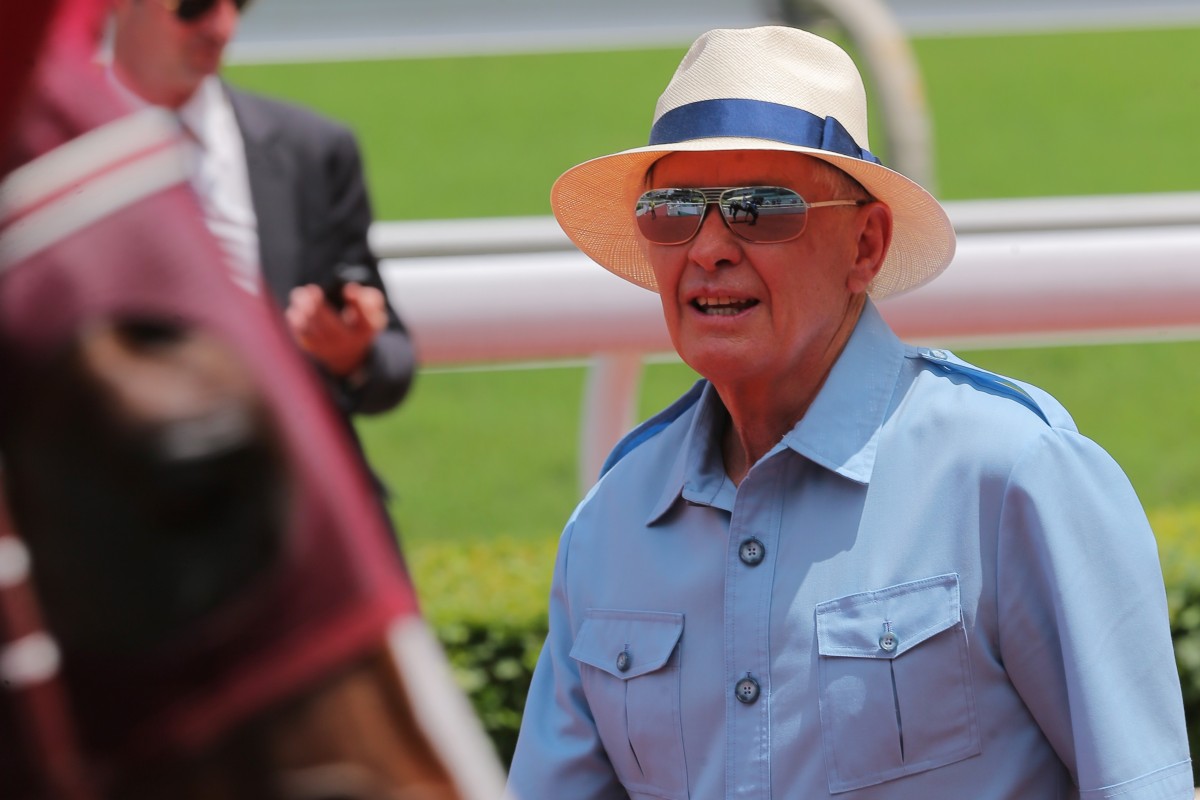 John Moore insists he has no regrets about not travelling to Japan with Beauty Generation after watching Almond Eye go under in the Yasuda Kinen, but he believes his superstar would have been in the finish.

After much deliberation, Moore and connections opted to stay at home with the reigning Hong Kong Horse of the Year instead of taking on the likes of Almond Eye and Danon Premium in Tokyo, so he watched the race with interest on Sunday.

Nothing went right for the two big guns – they were crunched at the start from their wide barriers – with Almond Eye doing well to run into third behind ownermate Indy Champ and Aerolithe, ending her winning streak at seven.

Danon Premium dropped out to finish last, but pulled up with an issue and was loaded into the horse ambulance. 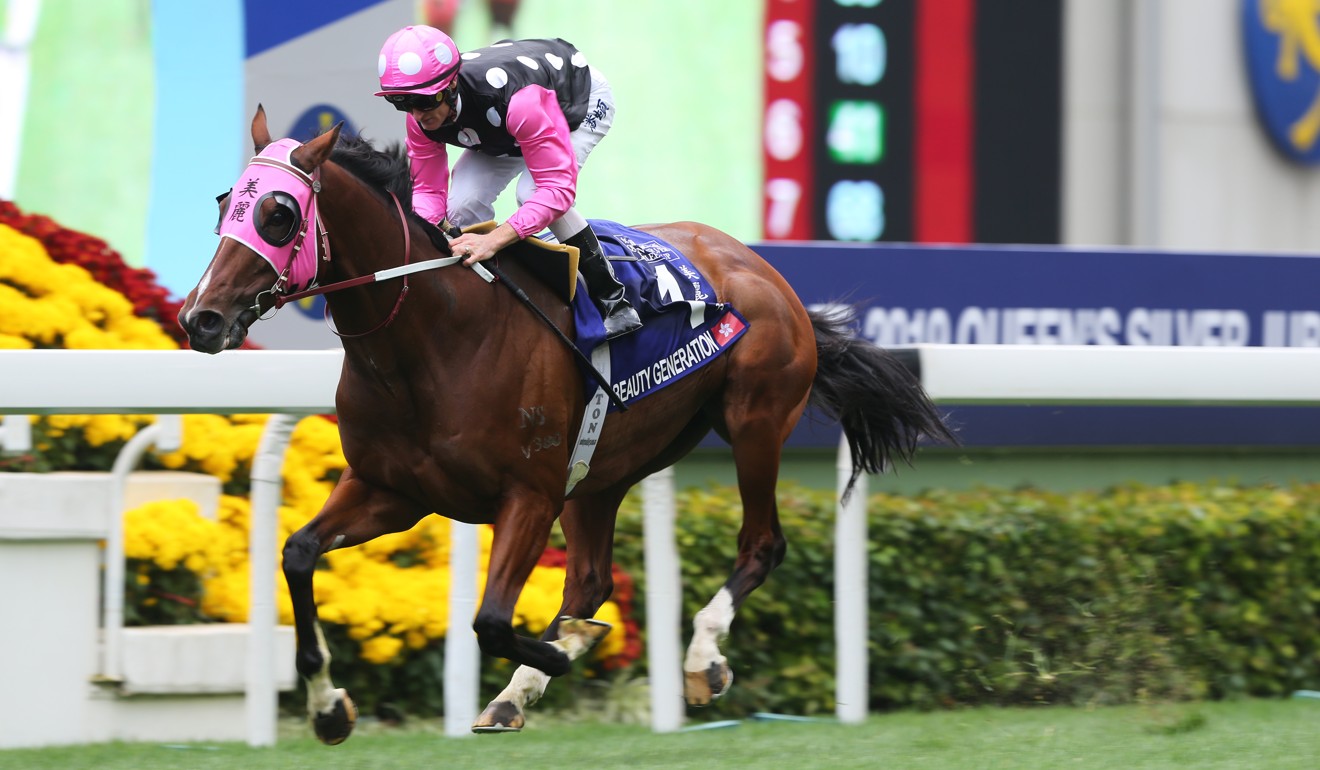 Moore thinks Beauty Generation would have held his own in the 1,600m contest.

“He would have given it a shake,” he said. “I would have been second [in running], I wouldn’t have led the grey horse [Aerolithe], maybe sat outside him.

“I’m happy with what I saw, we got a good look at Almond Eye but I’m not sorry [we didn’t go]. I’m happy to still have him here to [try and repeat] what he did this season.”

Moore continued his terrific recent form with another double as Buddies and Magic Success saluted at Sha Tin.

The latter was particularly impressive, resuming after five months off the scene and coming away to crush his rivals after being prepared in Conghua.

“That was a great effort from the stable at Conghua. He’s a bleeder and we worked very hard over in China – he’s improved physically,” Moore said.

“I’ve got to know the horse better and trained him accordingly and he’s won by three-and-a-half (lengths) today.

“If we look after those lungs we’ve got a horse who can win two more this season, judging on that sort of performance.”

Concerns over the welfare of Victor Wong Chun remain despite news the apprentice has been moved out of intensive care after an accident at trackwork on Wednesday morning.

The 24-year-old was thrown from a horse after finishing its work when it had an incident with another horse.

Wong remains in a serious but stable condition with multiple injuries at the Prince of Wales Hospital, but because of privacy the Jockey Club is not releasing those details. 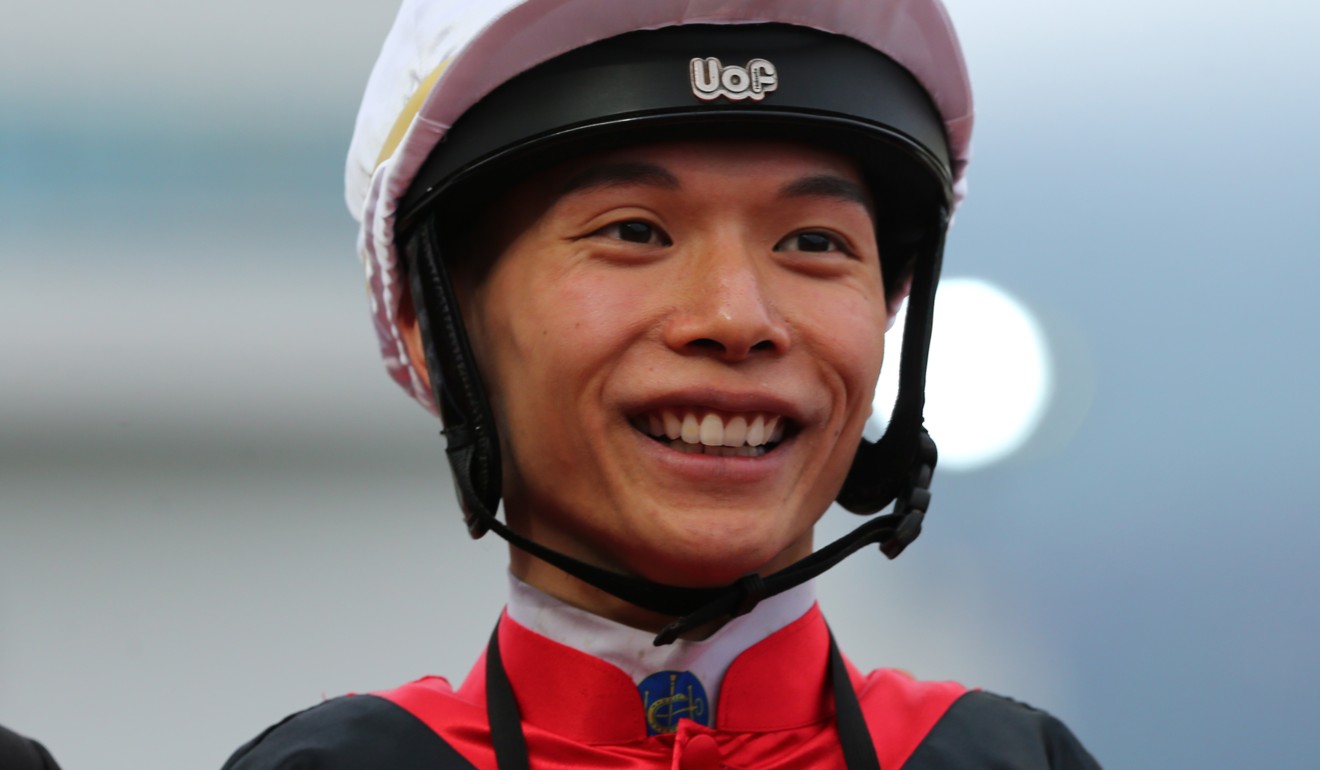 He is able to talk and has had plenty of visitors, including fellow jockey Keith Yeung Ming-lun and his trainer Tony Millard, to provide support.

Wong sits in seventh place on the jockeys’ championship with 38 winners for the season.

The Michael Chang Chun-wai-trained six-year-old provided one of the upsets of the day when he knocked off Chairman Lo and Destin with a fast finish in the second section of the Class Four University Hall Handicap (1,400m) at a generous $63.65.

So is a member of Grasshopper – a boy band that was big in the late 80s and early 90s – while Lau is a singer and actress.

They created plenty of interest in the winner’s circle, particularly among the locals, with So’s bright orange hair capturing a lot of attention.

The win took Chang to 15 wins for the season, meaning he is just one away from the minimum benchmark, while it was also a timely result for Neil Callan, who collected his 16th of the term. 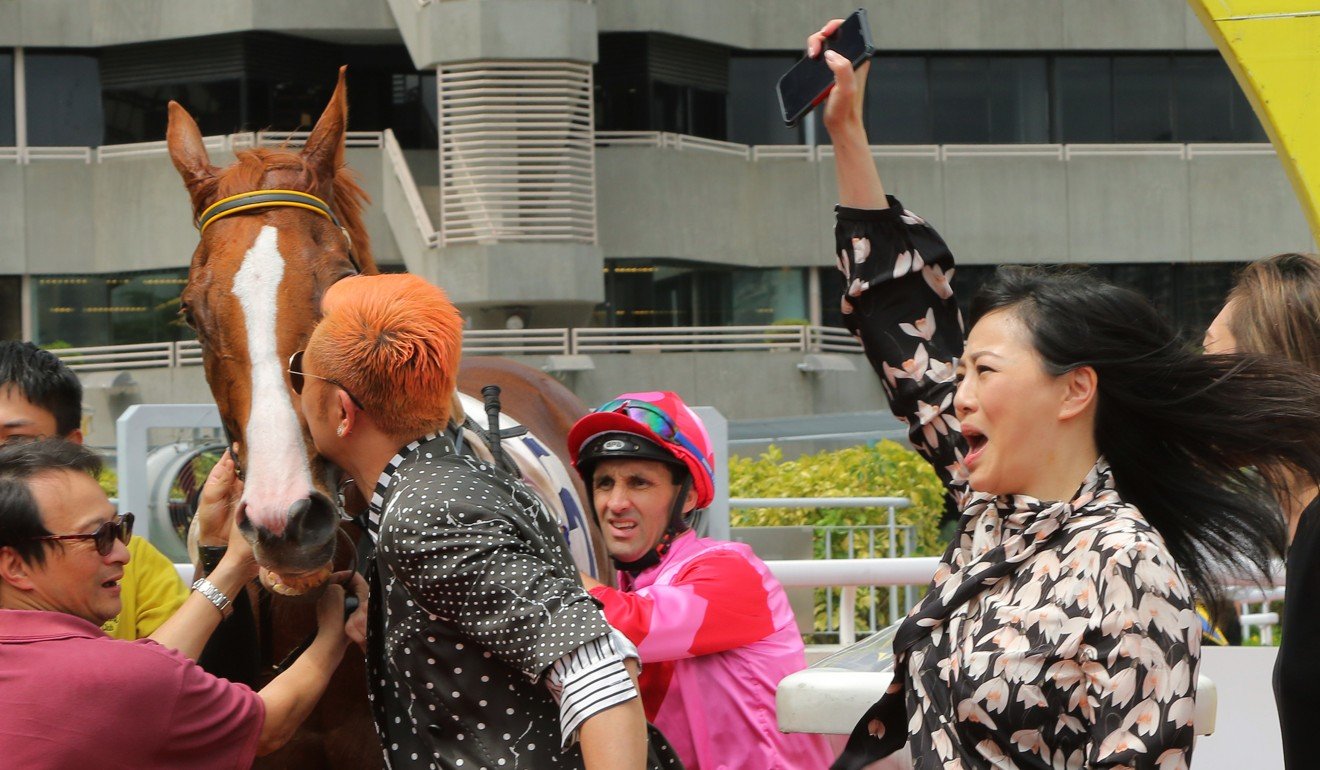 The jockey thinks a different approach helped bring about the surprise result.

“I thought we needed to ride him a bit quieter and with the wide draw, that was our chance,” Callan said.

“I think I was just using him up too much by looking at the way he was ridden when he won. The idea of just changing things around worked for him.”

It completed a big day for the Irishman, who was up early to watch his beloved Liverpool take out their sixth Champions League title in Madrid.

It’s been tough going for any jockeys not named Zac or Joao in Hong Kong the past week or so, with Callan and Grant van Niekerk the only other riders to taste success on Sunday.

That duo has won 25 of the past 30 races in Hong Kong, but Van Niekerk says he and his fellow riders just have to keep turning up and doing their best.

“It’s like a two-man game at the moment,” Van Niekerk said. “They are riding the best horses but of course they still have to get the job done – they’re really good riders. It’s tough for the rest of us – you have to make the most of what you get. “To get a winner makes you feel quite good. With the horses we get, if we improve on them – make a length or two difference and trainers see that, hopefully you can keep building a better relationship with them and get on better ones after that. It’s not easy, but we’re still trying.”

The South African showed terrific initiative to notch his 26th victory of the campaign with a front-running performance aboard Danny Shum Chap-shing’s 66-1 shot Happy Fun.

“It was a good win. I trialled him a couple of times before from the front and they were pretty good,” Van Niekerk said. “In the mornings he doesn’t show any pace but from the barriers he does.”

It was a day for short-priced favourites with an astonishing seven odds-on pops going around at Sha Tin on Sunday – with five of them winning.

It kicked off with Gorgeous Again and Classic Unicorn, before Silver Fig and Beauty Applause were rolled in the fourth and sixth races respectively, before Little Wise Man, Band Of Brothers and Champion’s Way swung things back in favour of punters.

There were almost eight horses who started in the red across the 11-race card, with Buddies taking out the third event at the relatively juicy price of $2.05.

The short-priced horses didn’t help the declining turnover issues the Jockey Club is facing, with Sunday’s meeting down HK$62 million on the corresponding fixture last year, despite there being an extra race.