John Moore throws down the gauntlet to John Size with four-timer: ‘I’ve got the ammunition’ 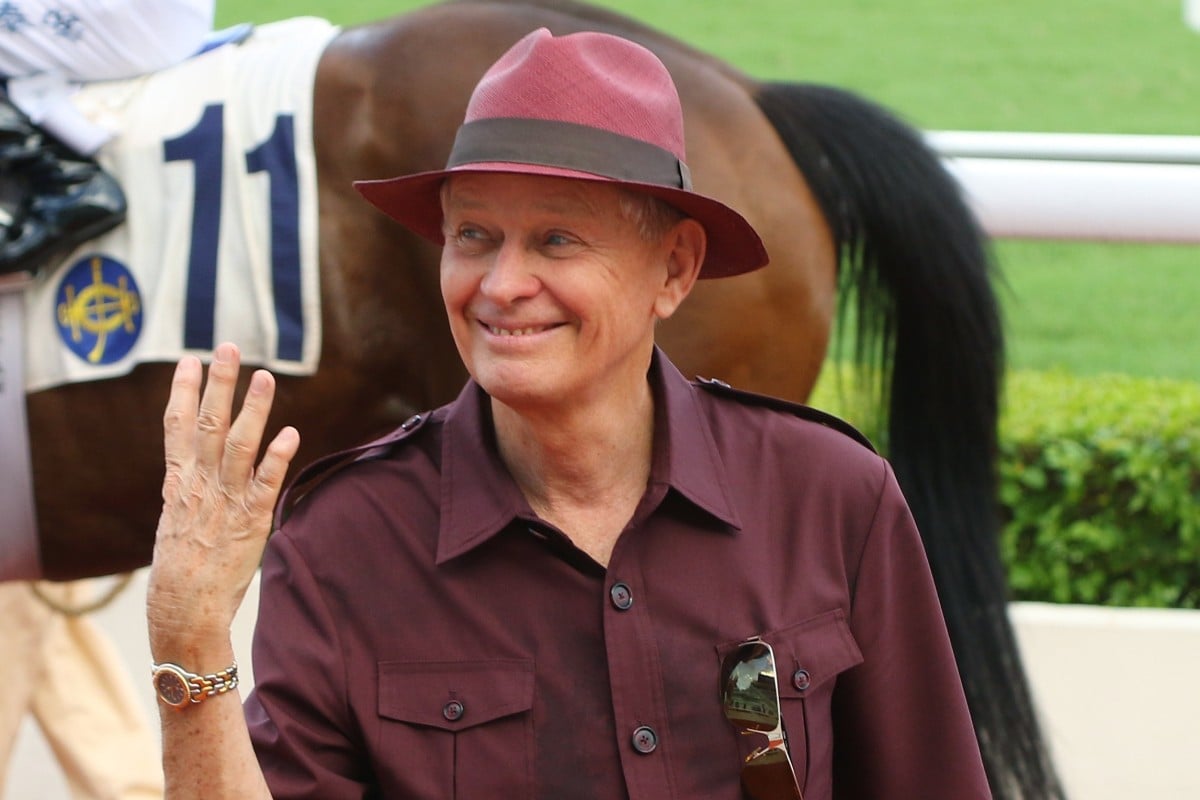 John Moore has “got the ammunition” to give John Size a serious run for his money in the trainers’ championship after a superb four-timer at Sha Tin on Saturday.

After starting the day eight adrift of his prolific rival, Moore clicked into overdrive, reducing the margin to five with nine meetings remaining.

“I think it will go right to the last day,” said Moore, who now has 66 winners for the term. “I’ve got the ammunition, but I think John’s also got [plenty]. It’s definitely in my sights but it’s still quite a ways to go.” 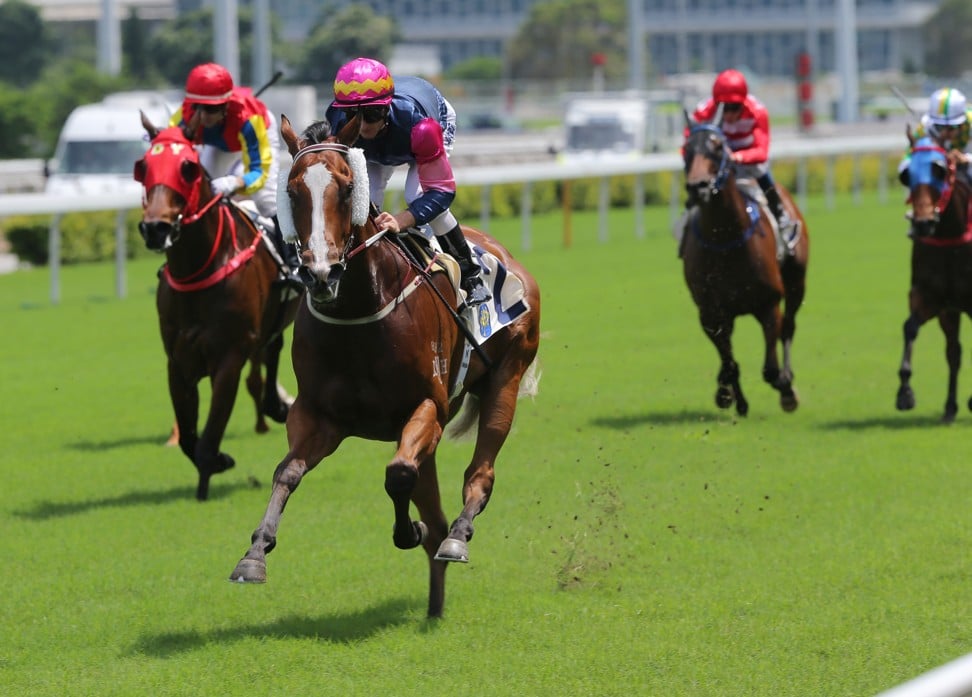 While Moore appreciates the theatre of the fight for the title, he admits its tough work staying on top of his game for 89 meetings.

“It’s making it fun for the racegoers but it’s very, very stressful to just get the programming accurate,” he said, adding with a laugh that he’s “losing weight and getting too many cold sores”.

“I spend a lot of time at the desk programming, trying to get the right horses for the right races to make sure that we are in with a shot.”

His big day kicked off with the dominant victory of three-year-old Thanks Forever in the Class Three Tuen Mun Public Riding School Handicap (1,000m), who went within 0.41 of a second of Sacred Kingdom’s track record despite absolutely very little urging from jockey Zac Purton.

The dynamic youngster stopped the clock in 55.11 seconds to make it three wins from three starts and leave Moore dreaming of much higher accolades.

Thanks Forever! @zpurton gets his 1000, becoming only the second rider in Hong Kong history to hit the big milestone. #HKracing pic.twitter.com/VY8eOYfaty

“I’m just lucky that I’ve got another really decent horse with Group potential on my hands. It’s great to have a top sprinter coming along for next season’s big sprints,” Moore said.

Thanks Forever had a stress fracture of the tibia and some bleeding issues last year and Moore is wary of pushing the gelding too hard, but will give him one more start this season.

“This horse will run again on July 1 over 1,200m in Class Two and that might be the end of it for the season and we’ll just keep him for next season,” he said. 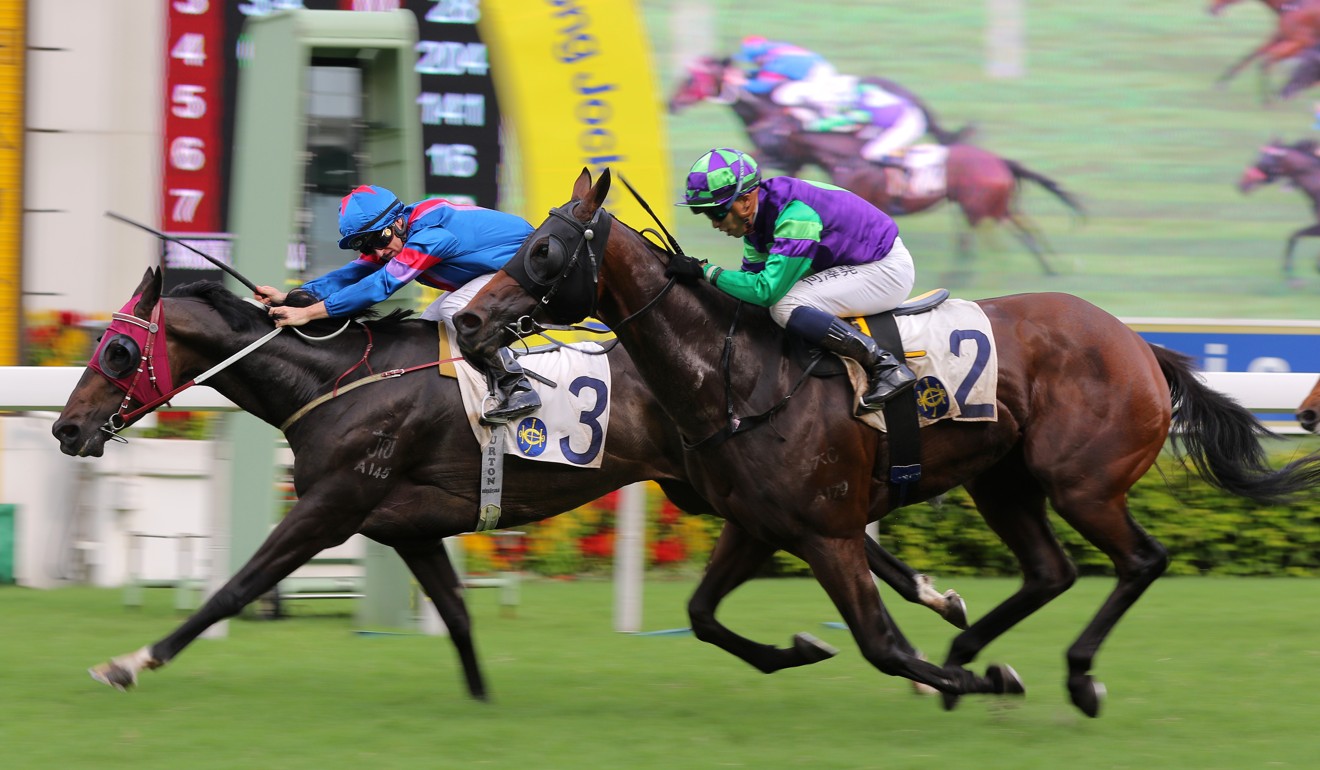 “We had some issues, not so much with the tibia, it’s more the bleeding side that I have just got to monitor very closely even though there hasn’t been a sign after any gallop.

“It’s exhilarating to watch a horse like that do what he does but then again, it’s Class Three and he’s got to move up the grade and they are going to get closer to him next time.

.@zpurton makes it 1⃣0⃣0⃣1⃣ Hong Kong wins as Empire Star breaks through at start 25 to give John Moore a treble. #HKracing pic.twitter.com/4Qz66OP1W3

Moore’s other victories came via a running treble in the back half of the card, with Private Rocket, Empire Star and Beauty Energy saluting in succession.

Moore inherited the five-year-old from Me Tsui Yu-sak mid-season and credited recent throat surgery with the allowing the horse to salute for the first time at start 25.

Big 4⃣ for John Moore puts him back in the hunt for the trainers' premiership! #HKracing pic.twitter.com/AuEsnOxk03

“My vet did a great job, he had an entrapment and I gave him two runs with the entrapment and it didn’t work out so we released it and it has made the difference,” he said.

“I think he would actually be better over a little more ground because he is slow to get out of the gates. He’s a very laid-back customer.

“Zac got him into a great rhythm and he just kept hitting the line. A mile a Happy Valley, even better.” 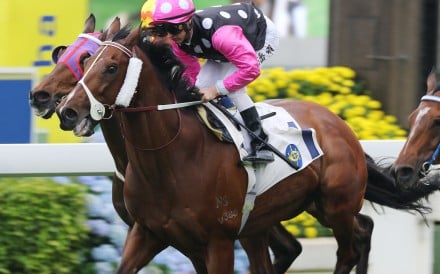