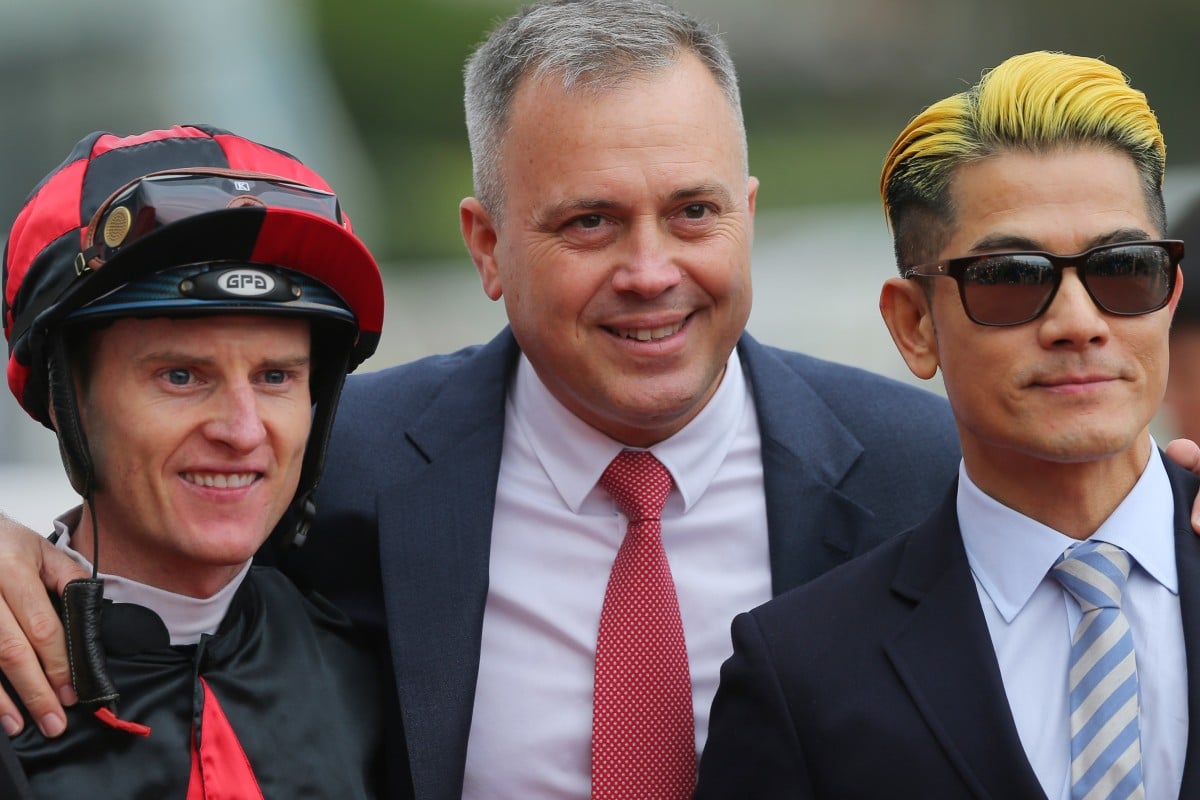 Trainer Caspar Fownes says training a horse for Canto-pop superstar Aaron Kwok Fu-shing does not bring any extra pressure ahead of the return of his speedster Dancing Fighter at Sha Tin on Monday.

The three-year-old won his only race start in December, with Kwok attracting plenty of attention after the victory, but Fownes was forced to back off his preparation after he pulled up sore.

Such was Kwok’s fanfare, the Jockey Club was forced to wheel out its biggest public relations effort of the season to temper the frenzy around the 53-year-old. 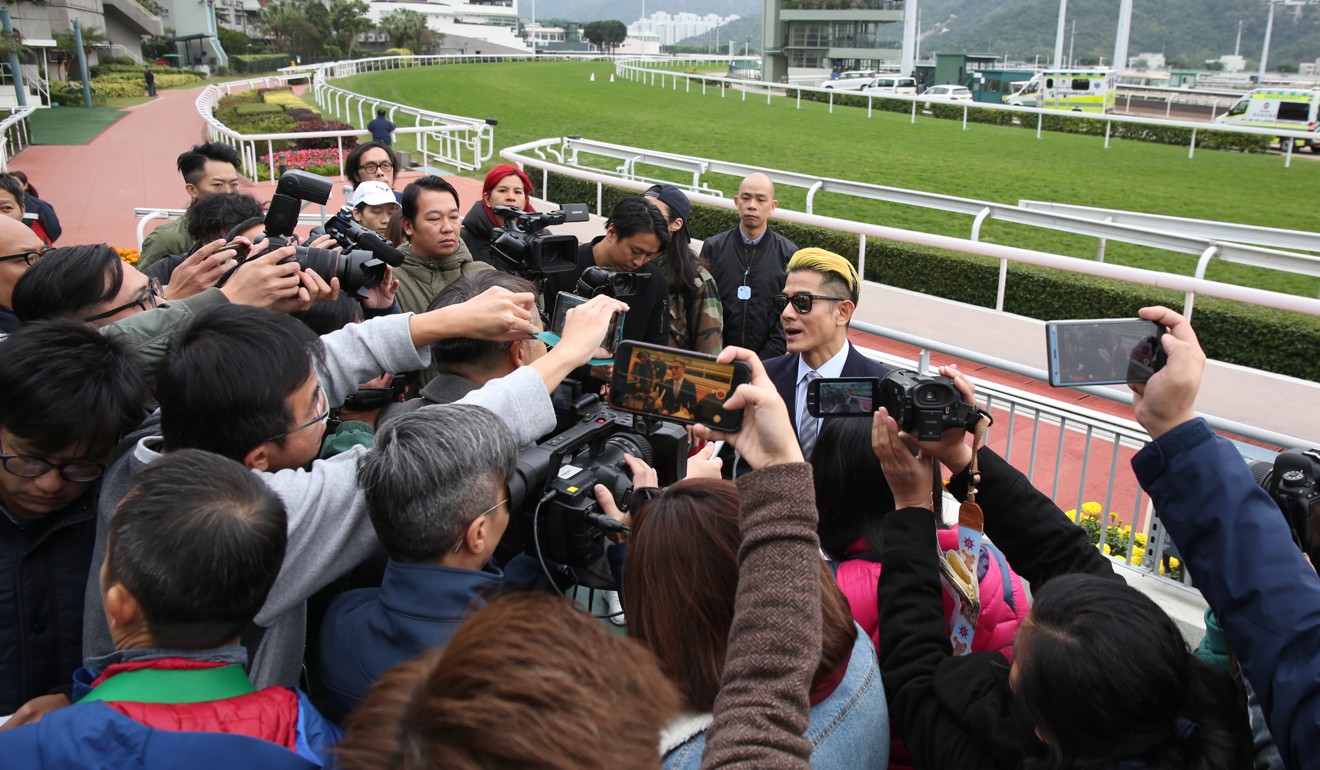 It is the third horse Fownes has officially trained for Kwok, with Calling With Love also winning on debut back in 2012 and My Favorite winning four times from six starts.

Instead of shying from the spotlight, Fownes said Kwok’s presence on the Hong Kong racing scene was “fantastic” for the sport.

“He is a good mate of mine, he knows his racing really well, he knows what it is about,” he said.

“Obviously you want to try and get a great result for him because he is a superstar and he attracts a lot of people to the races, but right now we are more hopeful that his horse runs well and pulls up well.” 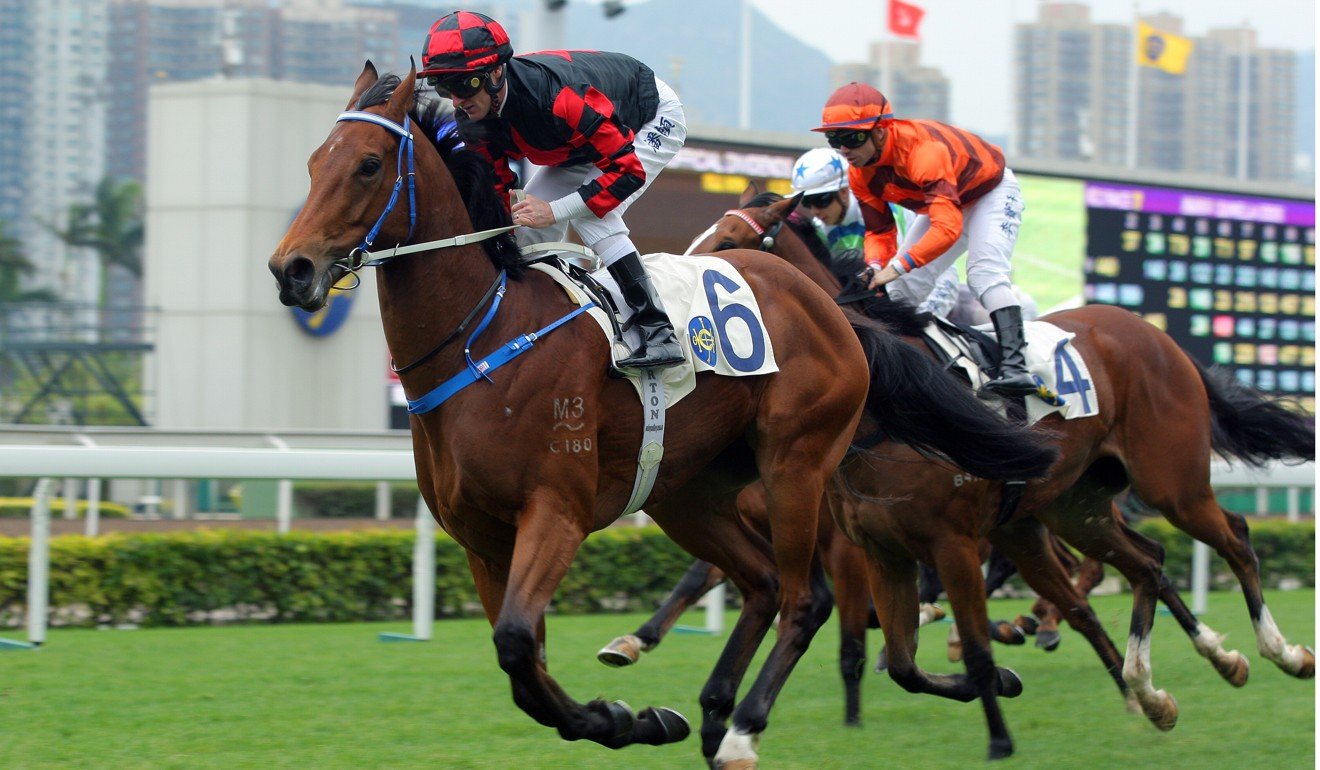 Even with the 185-day lay-off, Fownes said he expected Dancing Fighter to perform well on Monday in the Class Four Uncompromising Integrity 1,000m Handicap against a host of other lightly raced horses.

“He is not absolutely flying but he is still going to be hard to beat, there are a few smart ones in there and we are carrying the heavy weight so we are giving some decent horses a start,” he said.

Rise High can be ‘the next big thing for Hong Kong racing’: Caspar Fownes

“I am sure he will run well if he is drawn well, he is back to where he should be and hopefully next season he should be a horse which gets to 80 points with a bit of luck.”

Champion jockey Zac Purton will again ride the son of Zoustar, who has spent most of his time away from racing at Conghua in mainland China. 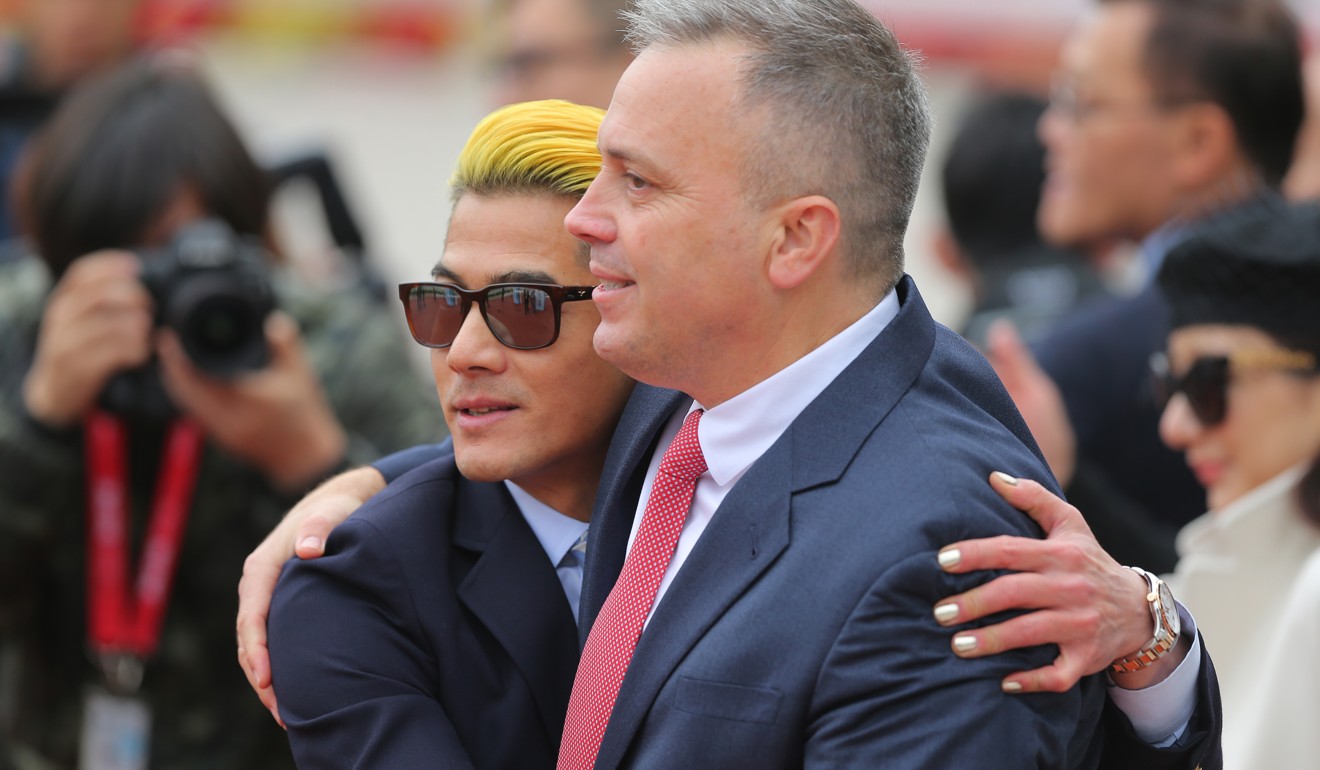 “He had a setback, a suspensory problem, so we laid right back off him,” Fownes said. “He is an immature horse so we gave him time to develop, which he has done and he has had a nice prep leading into this race.”

Given just a six-point ratings boost for the win on debut, Fownes said Dancing Fighter could have won again in Class Four if he was to back him up, but opted for the cautious approach.

“We are more looking forward to next season with him,” he said. “It is frustrating when you get one ready because he is the sort of horse that would have gone on with it at that time, he would have improved again. 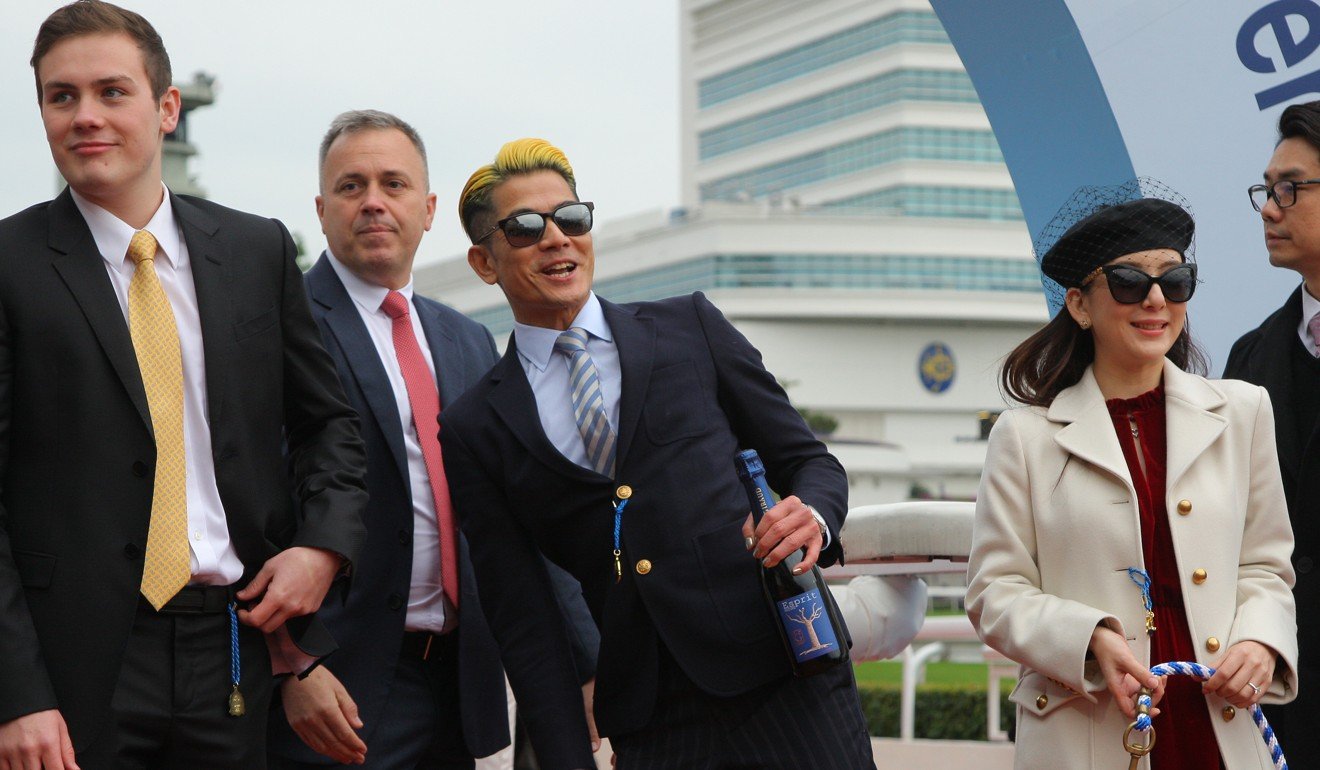 “But it wasn’t to be, we had to back off and now we are back to square one. It is what it is, that is the game we are in, we have to just keep him sound and go forward.”

Dancing Fighter will line up against the likes of Benno Yung Tin-pang’s Super Junior and Tony Millard’s Holee Money, who have been consistent performers this season.

He will also meet David Hall’s debutant Oversubscribed, who got the better of him in a recent turf barrier trial at Sha Tin.

First Look
No Happy Valley, no worries for Caspar Fownes as he looks to paint Sha Tin Green