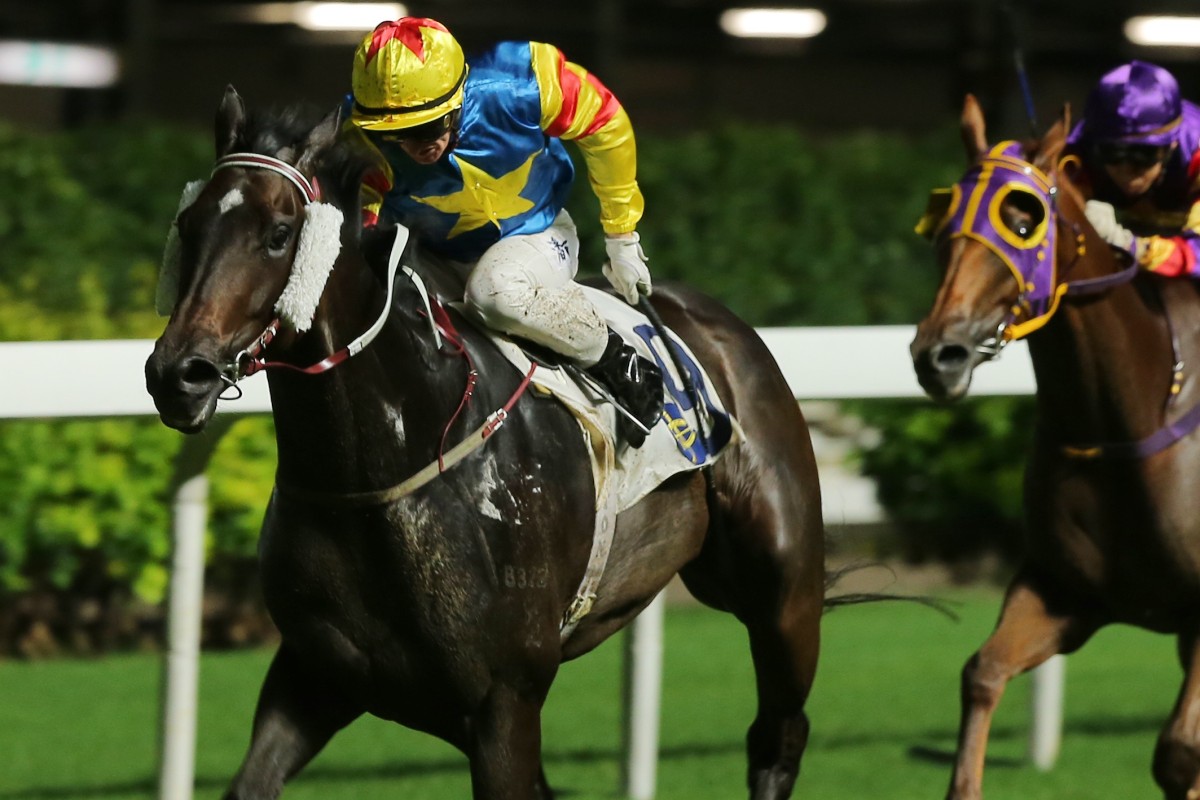 John Moore is within striking distance of John Size after closing the gap to just two wins in the fight for the trainers’ championship with a rare victory at Happy Valley on Wednesday night.

The 69-year-old broke a two-and-a-half-month drought at the city track when Smart Rocket took out the Class Four Tai Mong Tsai Handicap (1,650m). His previous winner was with Endearing on April 17 and this was just his 11th at the venue this season. 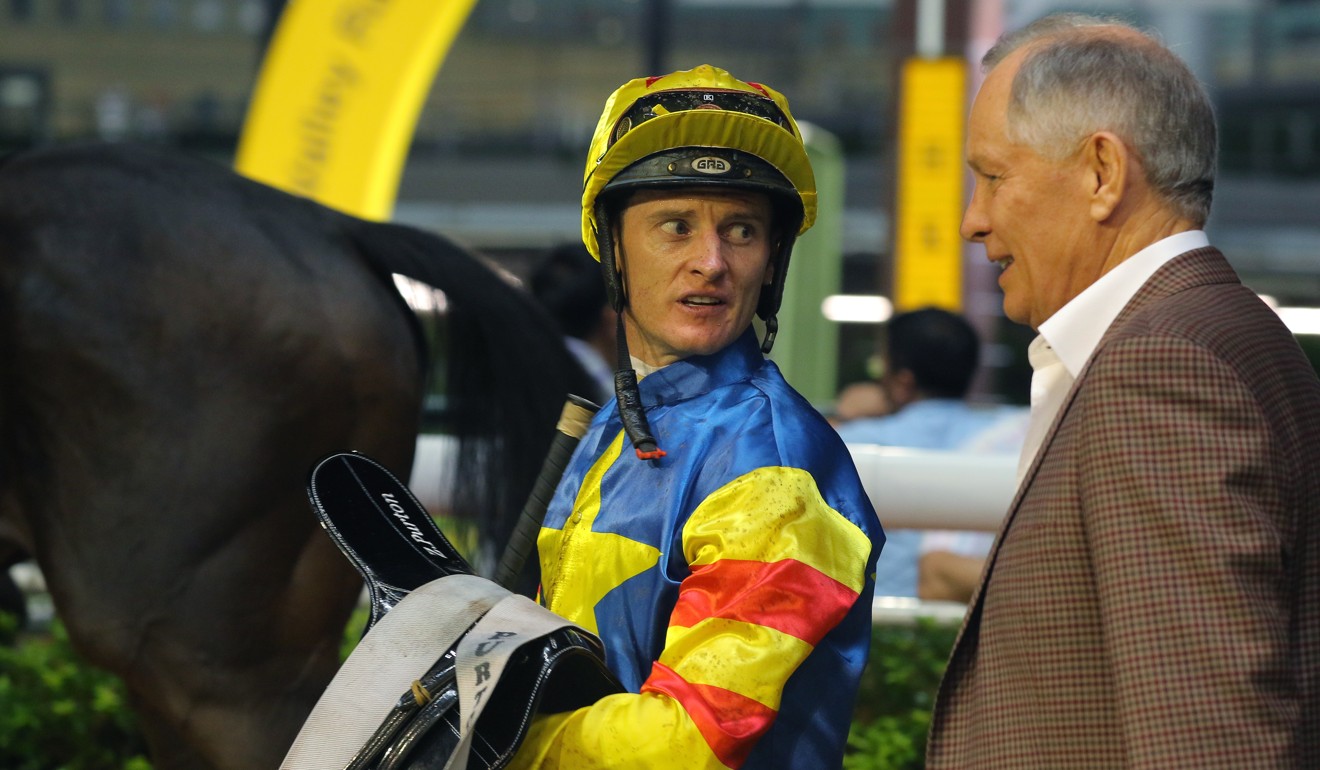 In contrast, Size nabbed one placing from his six runners to stay on 74 victories overall – keeping the door open for Moore with just 31 races remaining in the term.

Size has the edge in terms of seconds and prize money, meaning his counterpart needs to be one clear at the close of proceedings to collect the trophy.

Moore had the help of champion jockey Zac Purton aboard Smart Rocket and he thinks that was the difference.

“Zac said the gate was one of the winning factors there. He jumped and got the gun run,” he said. “Zac’s a genius at the moment, everything is running for him.”

Smart Rocket delivers for John Moore who draws to within two of John Size in the race for the trainers' premiership! #HKracing #HappyWednesday pic.twitter.com/NDtBbjXDMQ

Tony Millard was another trainer to break a run of outs as Sparkling Dragon helped him secure his first victory since Silver Fig prevailed at Sha Tin on May 5.

Even though the South African wasn’t in the winner’s circle for almost two months, his gallopers have been going close – recording 18 placings during that period.

“The horses have all been running out of their skins, we just haven’t been winning,” Millard said.

“Some meetings we’ve had four thirds and two seconds, but that’s racing. In that time, I don’t think we’ve had a horse run a bad race, we were just a little bit unlucky and today the luck turned.

“I’m certainly happy with the string, we’ve got some very nice horses and I’m hoping to get some nice transfers and we’ll see. Next season is next season.” Sparkling Dragon’s win was the middle peg of a treble for the in-form Aldo Domeyer, who also prevailed on David Ferraris’ Showing Character in the opening event and Benno Yung Tin-pang’s smart Not Usual Talent in the last (breaking the 1,650m track record in the process).

“Unfortunately Sparkling Dragon has lost his early speed, but you’ve got to hand it to Aldo, he didn’t panic – he waited,” Millard said. “You want to go forward because that’s what his form said, but ultimately they went too hard up front, misjudged the pace and he flashed home well.”

Apprentice Alfred Chan Ka-hei was riding at Happy Valley for the first time and ensured he went home on a winning note after leading all the way on the Michael Chang Chun-wai-trained My Ally.

“It was very exciting, it is a different track and a different feeling in there, all of the corners are a lot sharper than Sha Tin so I have to be more aware and switched on,” Chan said. “It’s different with all the people drinking and yelling, it is nice to get it off the back.”

At the other end of the spectrum, Caspar Fownes reiterated his standing as the “King of the Valley” as he notched his 25th win at the city track this term – more than any other trainer.

That victory came in the form of Family Leader, who flashed home late to score under Vincent Ho Chak-yiu. The horse with the most upside coming out of the meeting was Frankie Lor Fu-chuen’s Reliable Team, who is now undefeated from two starts after an impressive performance in the second section of the Class Four Sham Chung Handicap (1,200m).

“I was still a bit worried because he had to carry a bit weight and had a pretty wide draw,” Lor said. “He still showed something – Class Three should be OK for him. He is still a bit of a baby in the morning, so after a break I think he’ll be even better for next season.” 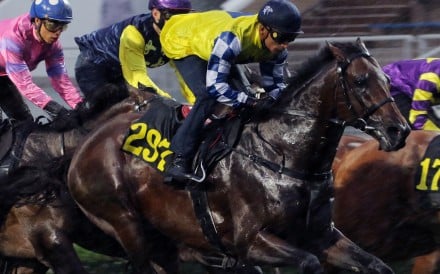 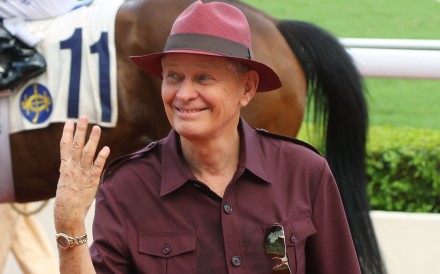 John Moore throws down the gauntlet to John Size with four-timer: ‘I’ve got the ammunition’
Related articles