After going winless through the first three meetings of the term, the trio get on the board at Sha Tin on Sunday On what threatened to be a largely uneventful Sunday afternoon at Sha Tin, three of Hong Kong racing’s biggest trainers in John Size, John Moore and Frankie Lor Fu-chuen drew their first blood of season 2019-20 to give fans something to smile about.

After engaging in a ding-dong title bout to end last season – Lor initially, then Size and Moore until the final day – the trio has been slow off the mark in the new term but all now have a winner to their name.

He won on the final day of last season, Monkey Jewellery returns in style for Joao Moreira and John Size. #HKracing pic.twitter.com/1GtxTRXM36

“It’s nice to get a winner, I haven’t had one for a while,” he said with a smile.

Size is no stranger to slow starts and Monkey Jewellery’s win came 11 days before his first success last season.

It was a bonus victory of sorts, with Monkey Jewellery only promoted into the field on Friday after Breeze Of Spring’s scratching. It marked the five-year-old’s second win on the trot after he saluted on the final day of last term. 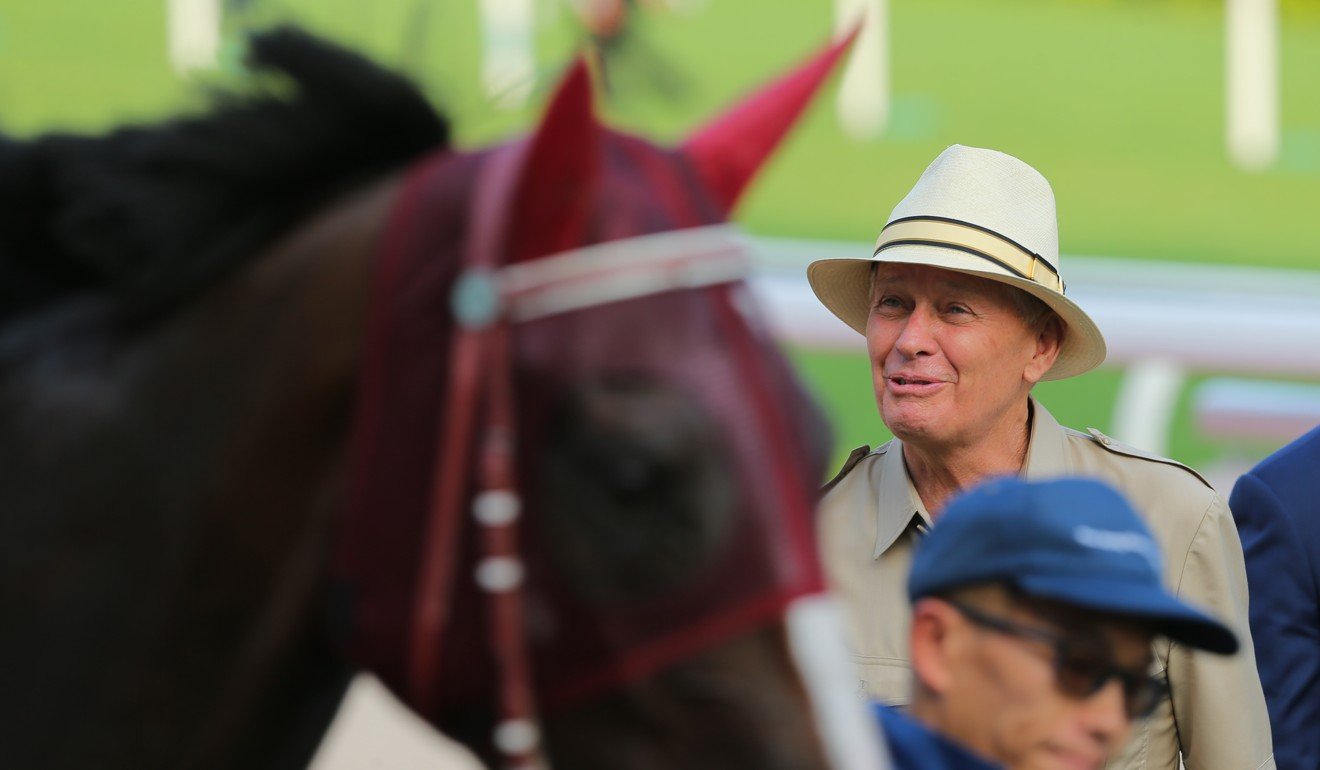 “There were plenty of keen competitors, they either had a trump card or protection so it looked like it might have been a difficult race to win but he scraped home,” Size said.

“He’s won two in a row with a break in between. He probably could get a bit fitter and he’s probably going to win again in Class Three.”

Moore was pleased to return to the winner’s circle, kick-starting what is all but certain to be his last season as he approaches his 70th birthday and the Jockey Club’s compulsory retirement age.

“All of us have got off the mark today, Sizey, Frankie Lor and myself,” he said. “It’s good, it gets the monkey off the back.”

Buddies! John Moore gets his first win this season as @zpurton makes it a first treble this term! 3⃣ #HKracing pic.twitter.com/abSYmYsOIj

Moore’s win also required a touch of luck, with Buddies knuckling badly at the start, however jockey Zac Purton managed to stay aboard and get the horse moving swiftly in the Class Three Swallow Handicap (1,650m) on the all-weather track.

“He jumped so quick. Zac said he jumped the lids and got so excited, it was a bit scary,” Moore said. “It probably scared everybody, he knuckles because he jumps so quickly and he came undone.

“Zac said he got to the front pretty easy and the kid [Alfred Chan Ka-hei] took him on [aboard Tang Fleming] but we talked before the race about that so he came back and then went outside the kid and he did OK.

“That was good, we will have to go to the turf now but there is another dirt mile in December so that will be our target race.”

After 75 winners last season, Moore is managing his expectations as he looks to keep his tally ticking over.

“We had a great season last season, a lot of horses got right up to their mark so I am looking towards the newcomers in the stable to hopefully give me another 55-65 win season,” he said.

It was Solomon’s Bay who ensured Lor hit the board, with the much-loved trainer all smiles after the five-year-old broke his Hong Kong duck in the Class Three Fakei Cup (1,200m) under Purton, one of a four-timer for the Australian.

“I think this one, I can say he’s a little bit of a difficult horse. I know this horse is not easy to ride, that’s why I asked Zac to ride him,” Lor said. “Now it is still early and some horses are not fit enough, so that’s why he can win.”