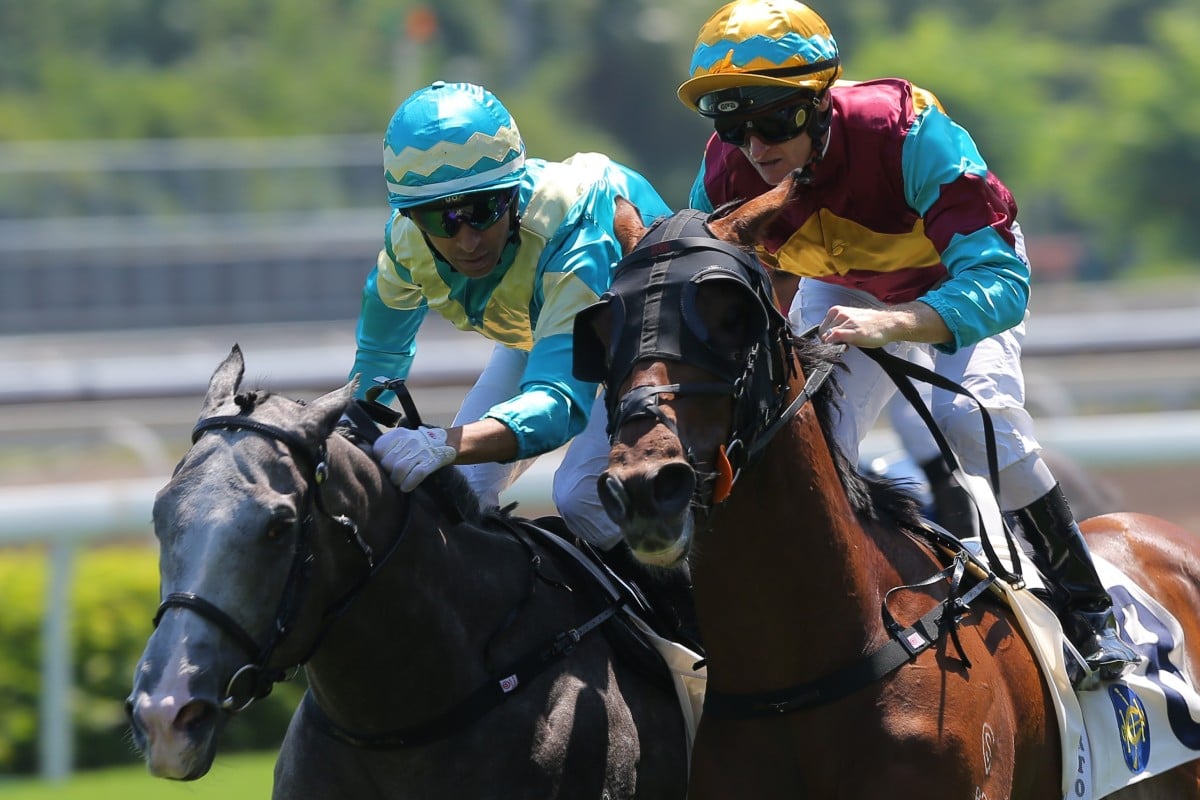 Tony Millard was full of praise for Joao Moreira after the three-time champion jockey lifted Meridian Genius to victory in the Class Four Kam Tin Handicap (1,000m) at Sha Tin on Saturday.

Moreira and Meridian Genius went toe-to-toe with his chief rival Zac Purton and Victory Power for the last 150m of the race – the two jockeys (and horses) giving everything in the fight to the line.

It was a photo finish, but the judge found a nose margin in favour of the Brazilian and the South African trainer was beaming with delight afterwards. 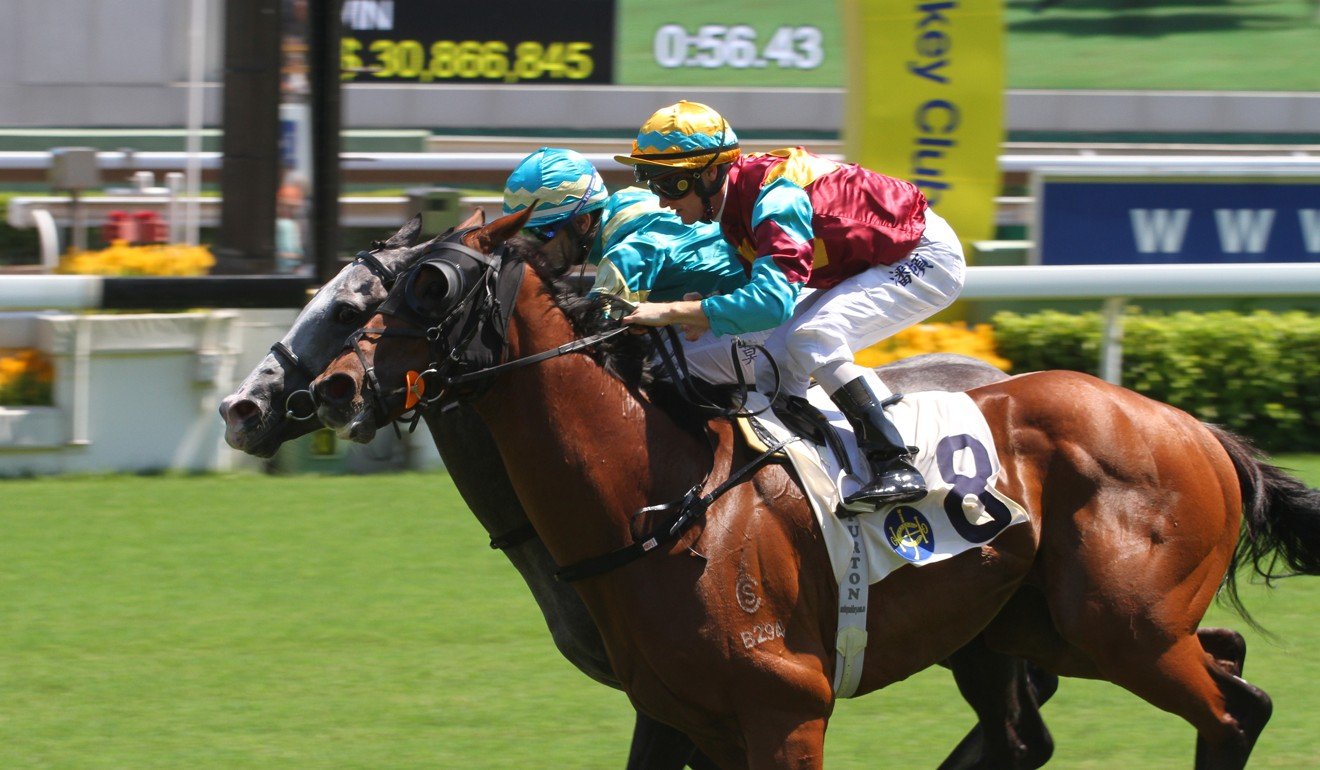 “He’s a very willing type of horse and that’s why Joao’s the best, because he wins those tight finishes,” Millard said.

“That was great. It was lovely to win and lovely to have the services of Joao every now and again.”

Meridian Genius had been somewhat of a frustrating horse up to that point – he clearly had ability but only managed to collect two placings from six starts despite starting favourite in four of them.

Millard hopes he can go on with it after that maiden win and revealed one of his tricks was bringing the four-year-old to the races fresh.

“He’s always been a very nice horse and I had the confidence to race him without barrier trialling him because he did good work at home,” he said.

“What a titanic struggle; Meridian Genius, Victory Power!” calls @HKBDavis as Joao Moreira on the grey gets the bob over Zac Purton in a thrilling finish. @dommillard1 #HKracing pic.twitter.com/BPMw2rBowh

“You don’t need to barrier trial every single horse before they run, even off a break, as long as you do your homework. Sometimes you can end up overdoing it.

“He’s a very well put together horse, there’s a beautiful conformation on him and no reason why he shouldn’t go further.”

The stable made it a running double when Karis Teetan guided Fun Times to victory in the second section of the Class Four Lam Tei Handicap (1,400m).

Fun Times was in a similar situation to Meridian Genius – he’d run well without winning – but also found the right race to secure his maiden win. 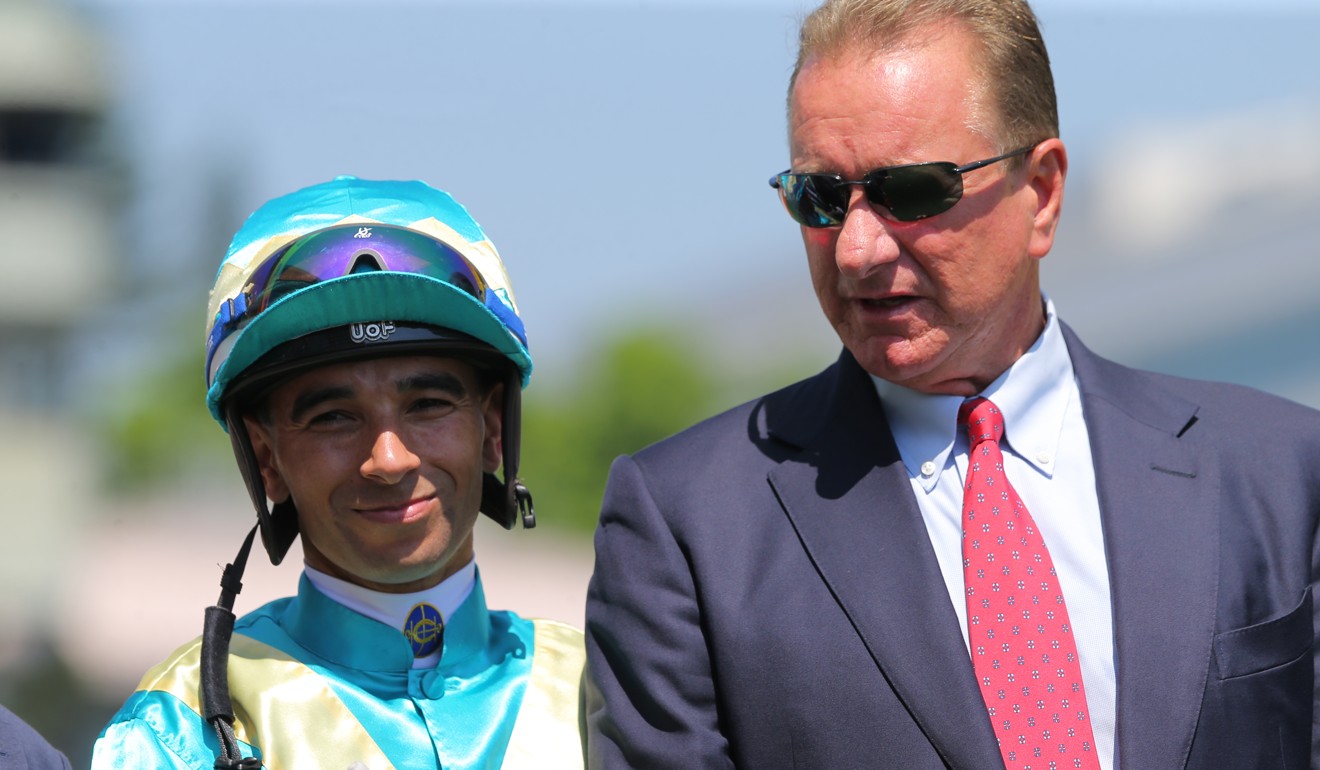 “He was travelling nicely,” Millard said. “He’s another one that we didn’t give too much pressure coming into the season, we just let him come along on his own.

“He’s developed but he has to improve again, he didn’t show us a great deal last season but it’s a new season and a whole new start.

“He’s a Savabeel and they take a bit of time but the owner has been very patient and supportive, he’s been with me for a while, so it’s very good to have a winner for them.

“I think he’s pretty limited, he’s a 1,400m horse. Those Savabeel’s look to me to be 1,400m to milers in Hong Kong – they go further overseas but in Hong Kong, the good ones, they seem to be better over sprint distances.

“Richard Gibson has that good sprinter Rattan, but frankly speaking that’s the best distance here, most races are over 1,200 and 1,400m.”