A pro-democracy protester holds up a sign at the Sha Tin races in June. Photos: Kenneth Chan

The Jockey Club is pushing ahead with Tuesday’s National Day race meeting at Sha Tin, but has strengthened its security protocols while removing the usual pre-race ceremonies as it tries to navigate the volatile environment in Hong Kong.

The Jockey Club has asked fans to be patient as they work through additional layers of security to gain entry to the track, while the normal display in the parade ring before the card has been scrapped.

Last year, the Shenzhen Fuyong Acrobatic Troupe and Cai Nan from China National Opera House performed, but none of that is happening this time around given the political and social unrest that has engulfed the city in recent months. 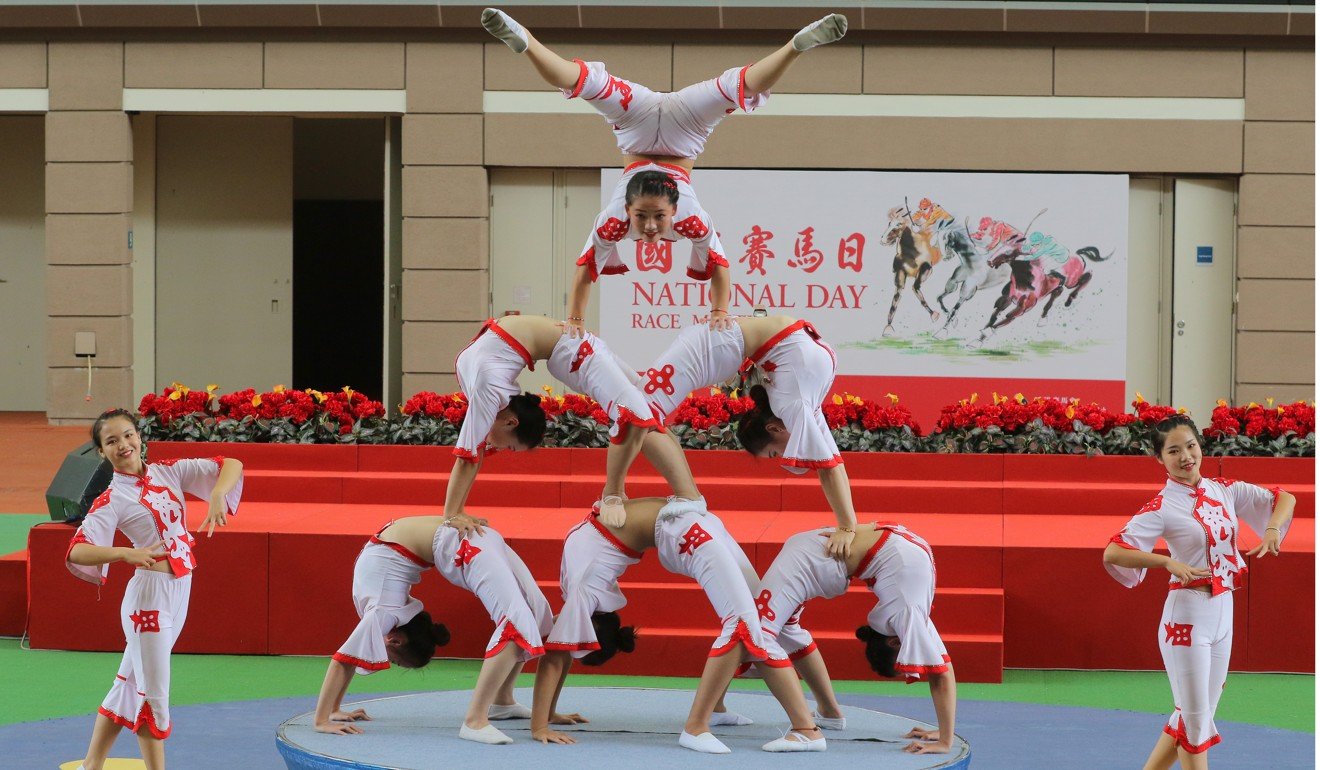 No government officials will be on course in any official capacity either, with the trophies for the Group Three National Day Cup and Group Three Celebration Cup being presented by members of the Jockey Club hierarchy. The same thing happened for the season opening meeting on September 1.

While those aspects have been removed from the programme, China’s national anthem will be played at midday.

Despite rumours floating around on Monday that the meeting was under threat, the Jockey Club confirmed it is all systems go and has appealed to fans “not to bring any items which may pose hazards to the security and safety of people and horses”.

“We’ve been continuously monitoring developments over the past months and based on all the available information we intend to proceed with the National Day race meeting as scheduled,” Jockey Club executive director of racing Andrew Harding said on Monday evening.

“We will however have in place some additional layers of security at the racecourse entrances and that may have an impact on the time it takes for patrons to enter the racecourse.

“As people enter it will be a different process to which they are normally used to and it will take a bit longer for people to be admitted to the racecourse, we just hope people can bear with us.

“We would be appealing to our customers, our patrons to understand the circumstances and be patient.” The Jockey Club, as the city’s largest taxpayer and a huge charity donor, has tried to remain as neutral as possible through it all, focusing on the entertainment of the sport and the benefits it provides to the community.

The only time it has been dragged into the turmoil was on Wednesday, September 18 when Hong Kong Bet, the horse owned by polarising pro-establishment political figure Junius Ho Kwan-yiu, was going to run at Happy Valley but was forced to cancel the meeting because of safety concerns due to the likely presence of protesters.

Tuesday’s National Day meeting, which features the return of Hong Kong’s best horse Beauty Generation, has long been a potential flashpoint given the occasion marks the 70th anniversary of the founding of the People’s Republic of China and there is typically a large crowd on course.