Beauty Generation remains at the top of his game after producing an emphatic 10th-straight victory in Tuesday’s Group Three Celebration Cup (1,400m) at Sha Tin.

There were queries about the champion’s age and his 133-pound impost against an up-and-coming brigade of challengers but victory in a track-record time of 1:20.05 ensured all that remained after the race was appreciation.

“Age is not a factor here, the whole world saw it today,” trainer John Moore said of his seven-year-old superstar. “He’s the best in Hong Kong and one of the best in the world.”

Beauty Generation destroys them! Track record, top-weight, first-up and he gets a perfect 10. #TheBoss #HKracing pic.twitter.com/4Ng5RCEQfp

It was Beauty Generation’s third-straight win in the Celebration Cup and Moore is confident the horse is on track to keep on winning right up until his defence of December’s Group One Longines Hong Kong Mile.

“That’s the first part of the mission accomplished, let’s move on to the Group Two [Oriental Watch Sha Tin Trophy] over the mile on the 20th [of October],” Moore said. “We’re right on target now to do what we did last season.”

It was an enjoyable reunion for jockey Zac Purton, who believes the horse he has now piloted to victory on 13 occasions is still at his peak. 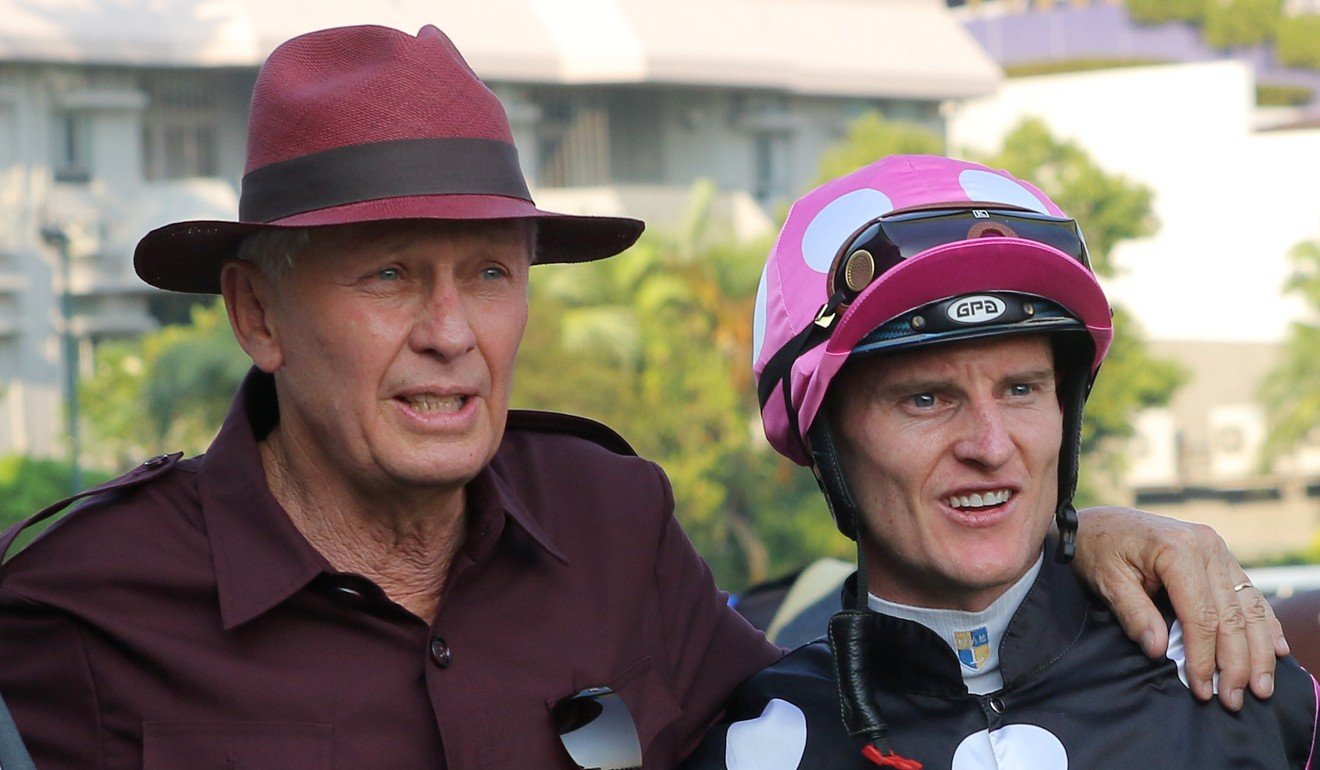 “I think we’re seeing the best of him now, it’s good to have him back,” he said. “He’s just an amazing horse, to do what he did carrying the grandstand when everything else had a postage stamp on their back.

“I don’t buy into his age because horses in Hong Kong tend to mature later and I believe he’s that type of horse.”

After Ka Ying Star went to the lead, Beauty Generation took over at the top of the straight and pulled away to beat Tony Cruz’s four-year-old by a length-and-a-quarter.

While Ka Ying Star also bettered the old 1,400m Sha Tin record and third-placed Waikuku equalled it on a fast track, those two didn’t do it with the top weight. “I was saying to Zac that we probably had to break a track record, [being] tailwind assisted, to beat those giving away so much weight,” Moore said.

“Things still worked to plan, we thought Ka Ying Star would go to the front, he came out around him, increased the revs coming to the corner and skipped clear.”

While connections have stated their desire to see Beauty Generation chase Silent Witness’ record winning streak of 17, Moore said a trip to the Dubai World Cup meeting in March is still very much on the radar.

“That’s definitely in the diary if everything goes to plan up until then,” Moore said. “It’s the twilight of my career, I’d love to take him overseas and win a Group One and have the world see how good he is. 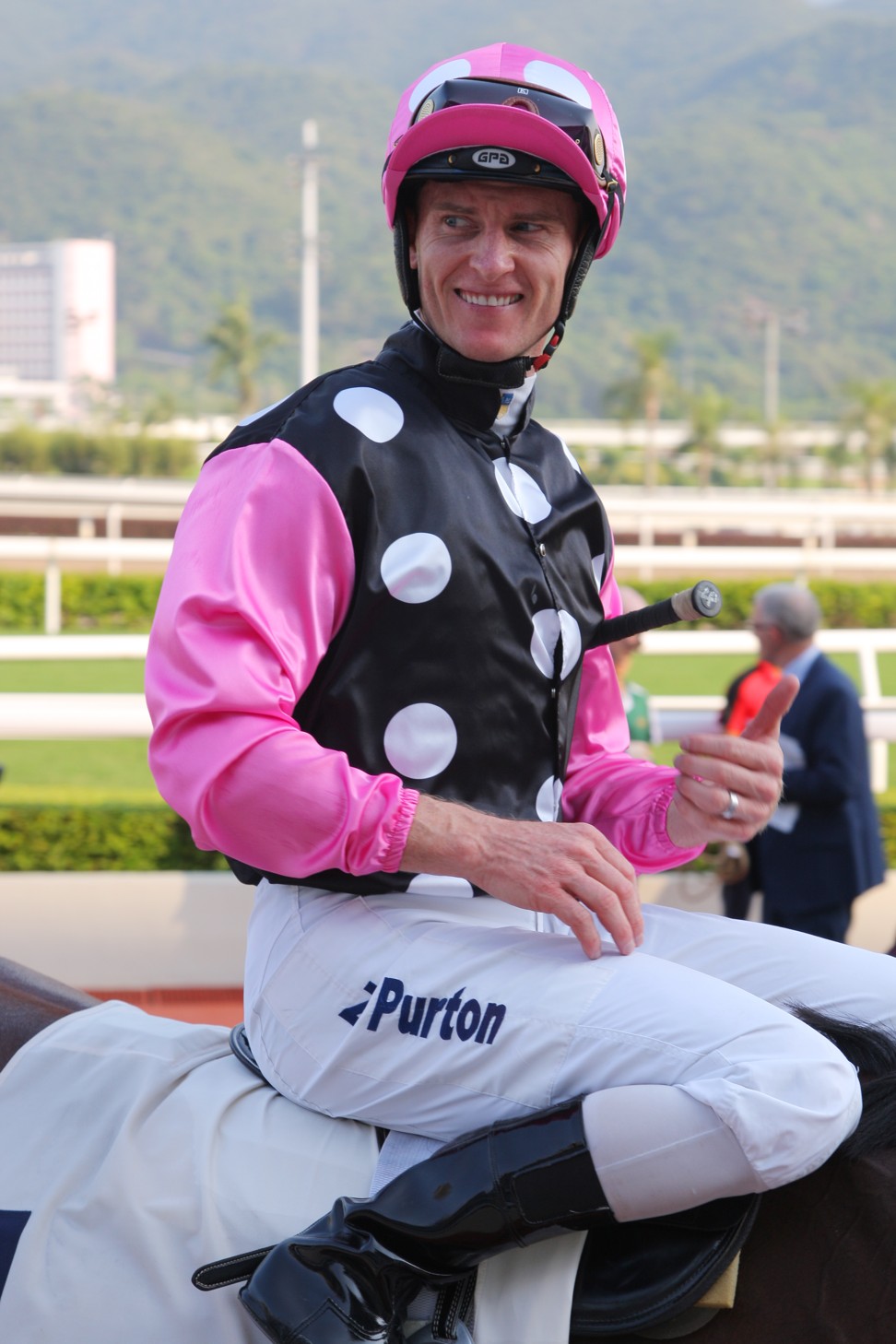 While one of Moore’s stars carried on his merry way, boom three-year-old Aethero encountered a speed hump when finishing third behind Fat Turtle in the Class Two Beijing Handicap (1,200m).

After two Griffin wins and a Class Three success from three starts in his debut season, Aethero had a torrid introduction to Class Two, throwing his head about and over-racing after meeting trouble in the run.

However, Moore won’t be changing his plans of qualifying Aethero for the Hong Kong Sprint on international day.

“There was a little bit of a ruckus and he just wasn’t that comfortable, then when he did see clearance he blew up at the 100m and just shortened stride, which is disappointing,” he said.

“But I’ll just go back and think about it and still might go to the Group Two [Premier Bowl] because we need to get points on the board, so you’re are going to have to run him in the Group Two out of the handicaps.”

Purton was aboard Aethero and certainly wasn’t getting carried away either.

“Pressure is an amazing thing, I always say it – it separates the good ones from the average ones and he just didn’t handle the pressure,” he said.

“I wouldn’t panic too soon. He had one soft trial coming into it, I was in that trial [on Beauty Generation] and I thought his trial was just OK, it wasn’t as good as what he was trialling like last year so I think he is going to come on. Let’s give him his chance and if he’s good enough he’ll put his hand up.”