‘I’ve come to a place that I never expected to’: Keith Yeung notches his 250th win 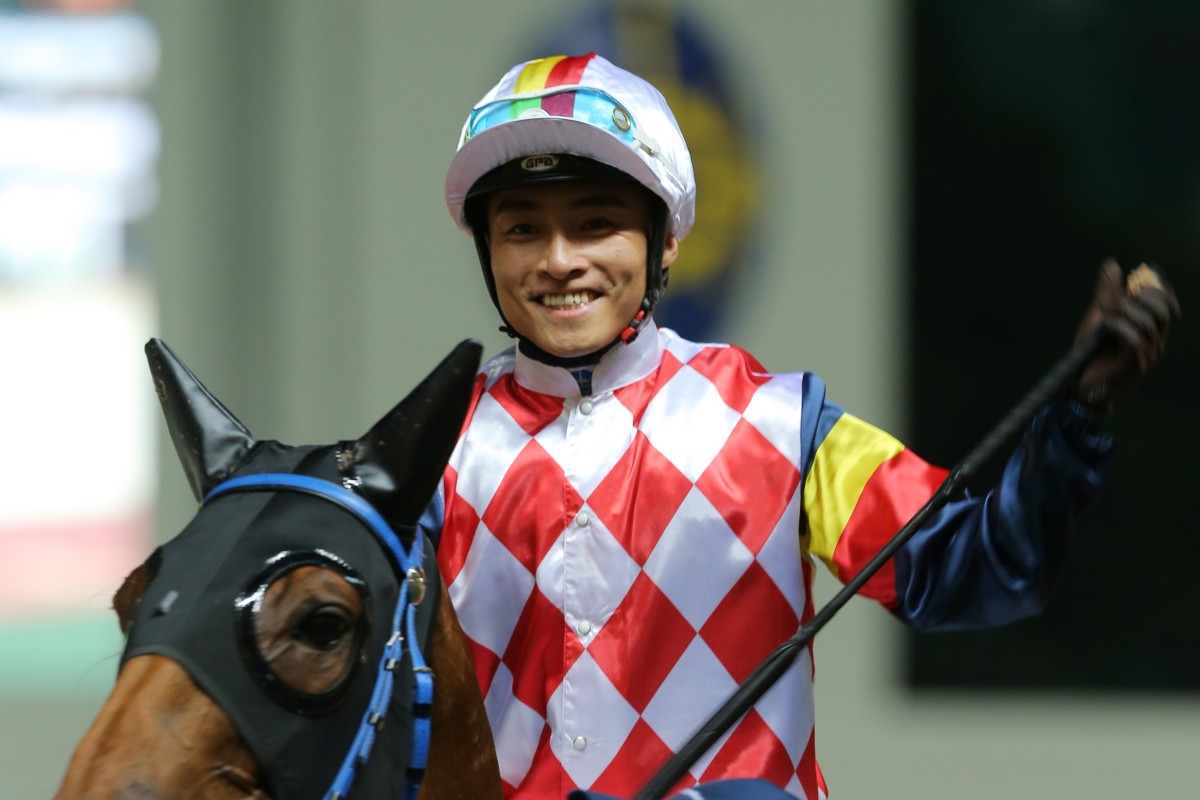 The win aboard the Jimmy Ting Koon-ho-trained Hardly Swears means the 31-year-old has now outridden the two-pound claim afforded to local jockeys, a feat that only few accomplish.

It had Yeung thinking back to how it all began when he joined the Hong Kong ranks as an apprentice in 2008-09.

“When I first started here, to finish my apprenticeship I needed 70 winners and I thought that was going to be a long journey,” he said.

One of the most important people in Yeung’s career is his old boss Almond Lee and in a nice touch to the occasion, Hardly Swears has a connection to the former trainer.

“The main thing for me is that horse was bought by Almond for that owner. So that means something to me,” Yeung said.

“Of course, Jimmy did a great job with the horse. The horse was injured for a season and to come back and get two wins straight away is a great effort. Even the last time I won on him, the thought passed through my head that if Almond was still here, that winner would be his.

“To get my 250th winner on a horse bought by Almond, that means something special to me.”

Yeung doesn’t expect anything to change with the loss of the two-pound claim, keeping his approach very simple.

“I’ll just keep doing my job,” he said. “Keep trying, keep training and give every horse the best possible chance and ride the best race I can, that’s it.”

Ting confirmed Yeung will keep the ride on Hardly Swears, who looks a likely type with a sharp turn of foot.

The gelding failed to impress in his Hong Kong debut last season, but he has strung together back-to-back victories to start this term and looks to have more upside. 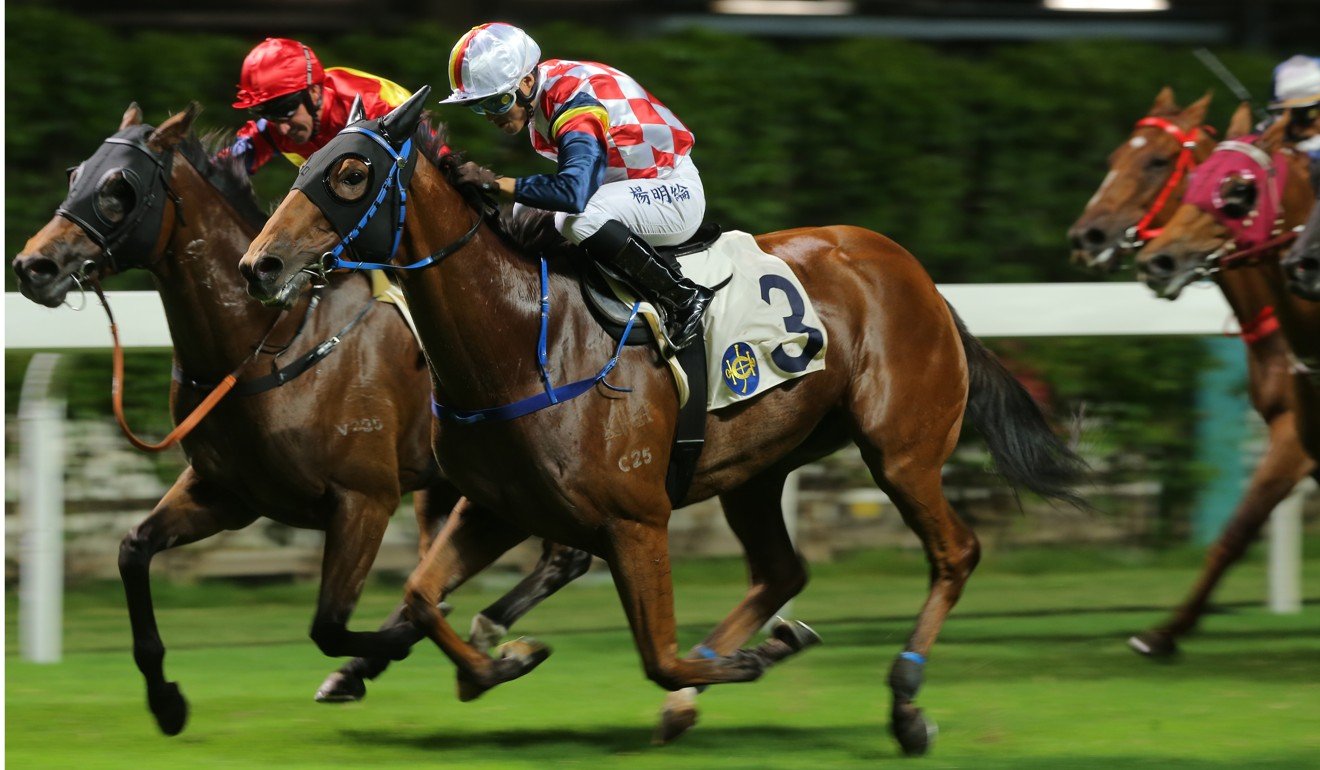 “Last time he raced over 1,000m I said this horse would be better over 1,200m. The reason he won last start was because the pace was too fast and it was suitable for him to come from behind and win. I thought he had a very good chance of winning,” said Ting, who also tasted success with Ballistic King.

“At this stage we’ll keep him at the Valley. In the morning he gets very nervous, but he’s much more calm when he comes here. Maybe after one or two more races, we’ll go to Sha Tin. Later on, I think 1,400m will be his best distance.”

Speaking of trainers glad to get a win with a horse, Caspar Fownes was in a similar boat with Aurora Pegasus, who captured the second section of the Class Four Nakayama Handicap (1,200m).

Fownes had endured a horror run of seconds to begin the season – he had one winner and 10 runner-up finishes before the meeting started – and just as importantly, he did it with a horse who had faced his own share of difficulties.

“Hopefully we can kick from now, they’re racing well,” Fownes said. “I’m just happy to get a win with him because he was one of those horses stuck on that shipment in New Zealand that kept getting delayed for eight months because of the strangles. He was never sick but we had to wait to get him.”

Fownes later earned a double of his own when the promising Snap Fit made it a hat-trick of wins to start his career.

Top jockey Zac Purton rode both of them to snare a treble after prevailing with the Paul O’Sullivan-trained Starlot in the opener.

Flash Famous has it for @SchofieldChad! That was the jockey's 3rd ride for the Frankie Lor stable this term... the same number as in the whole of last season. #HKracing #HappyWednesday pic.twitter.com/ccpVfoQx04

Danny Shum Chap-shing leapt to the top of the trainers’ championship as All Wongchoy gave jockey Blake Shinn his second Hong Kong winner in the sixth race. Shum has nine wins in nine meetings, one in front Tony Cruz. 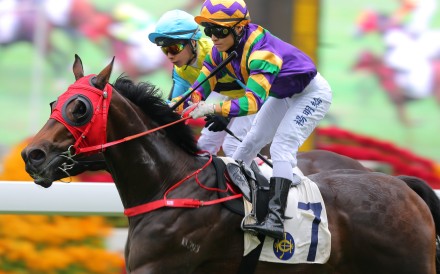 Keith Yeung hopes for Perfect reunion after tough split: ‘it’s not nice when they take you off like that’ 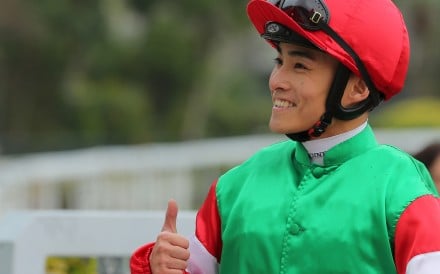 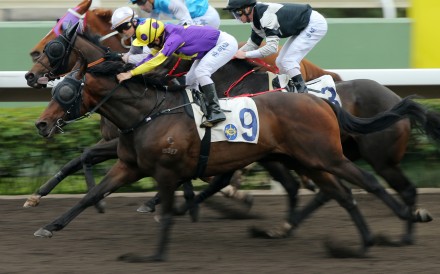 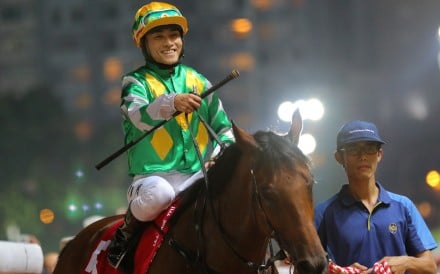 Keith Yeung honours mentor Almond Lee as he lands his first win in five months: ‘I was a bad person’
Related articles