Promising type Golden Sixty will take his first step towards a Classic Mile appearance in January at Sha Tin on Sunday, however it could be more of a giant leap if he is to perform.

The progressive four-year-old steps up in grade in the Class Two IWC Excellent Handicap (1,400m) as he looks to earn the chance to prove his credentials among some of Hong Kong’s top young gallopers.

The 84-rater has been a rapid improver through the grades, winning four of his five starts in convincing fashion, but has only done his best work over 1,200m. 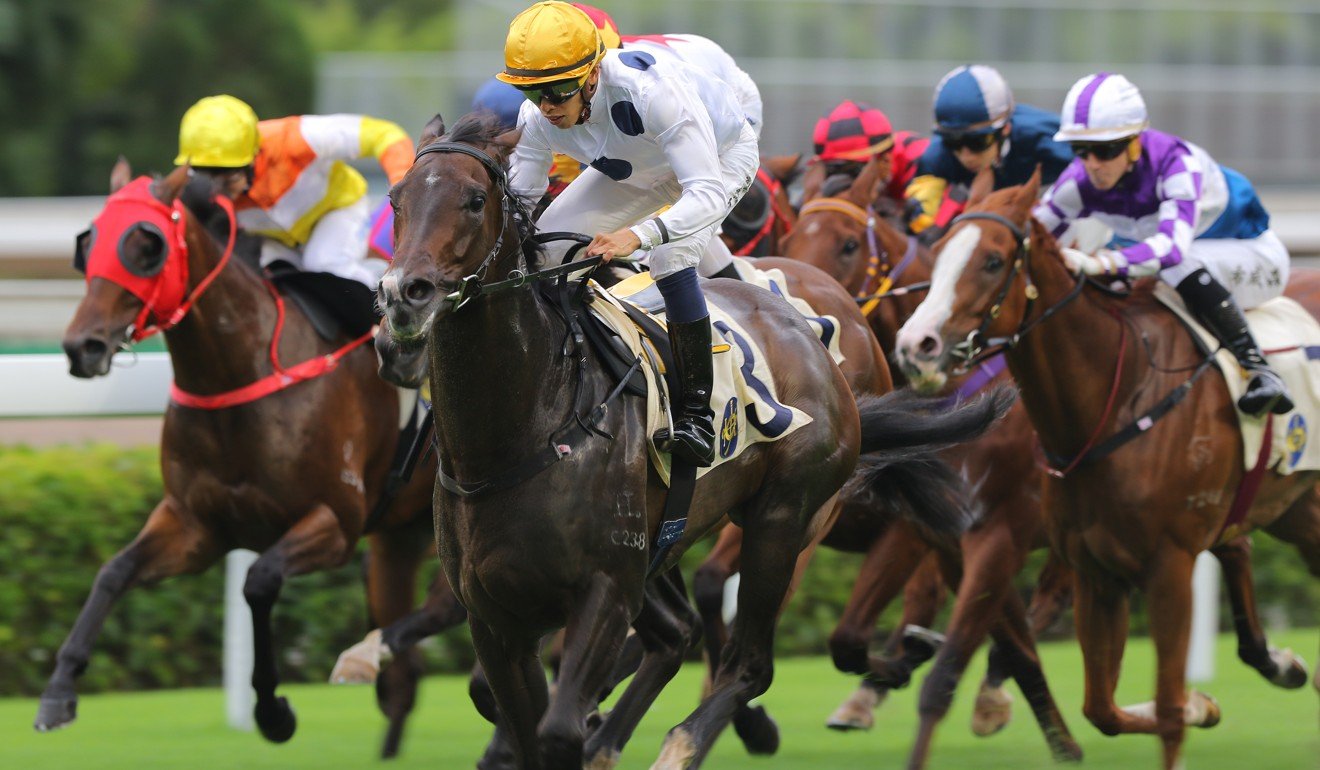 Jockey Vincent Ho Chak-yiu knows the noted backmarker needs to progress through not only the grades but further distances if he is to be competitive against the jurisdiction’s top four-year-olds.

Golden Sixty’s only foray into 1,400m racing last season stands out like a sore thumb, finishing near last after starting a $2.5 favourite – an issue which concerns Ho.

“Golden Sixty has been racing over 1,200m and winning so we are trying to step him up, hopefully run him in some big races,” he said.

“It is the second time for him over 1,400m, we expect him to be a bit better so hopefully we get him there.

“We are trying to get him to the Classic Mile but there is no rush, as long as he learns to relax in the run and hit the line strong then he should produce some good performances.”

What a return! Golden Sixty swoops from the tail of the field, taking his record to four wins from five starts. #HKracing #SeasonOpener pic.twitter.com/w7PxEGnvFW

Class Two is often where young horses are found out, especially in their first attempt in the grade.

The likes of Aethero, Mr Stunning and Pakistan Star were all rolled at short odds in their first go.

Lining up against Ho and Golden Sixty will be the horse that took the top local jockey to his greatest success in Hong Kong.

The David Hall-trained Ho Ho Khan begins his 2019-20 season over a distance well short of his best, but if anyone knows what he is capable of it is his main jockey, Ho.

Australian Blake Shinn will take the reins on Sunday, but Ho is hopeful he will eventually be back on top of his favourite galloper as he begins his trek towards Group company following his Group Three Queen Mother Memorial Trophy (2,400m) victory at the end of last season. 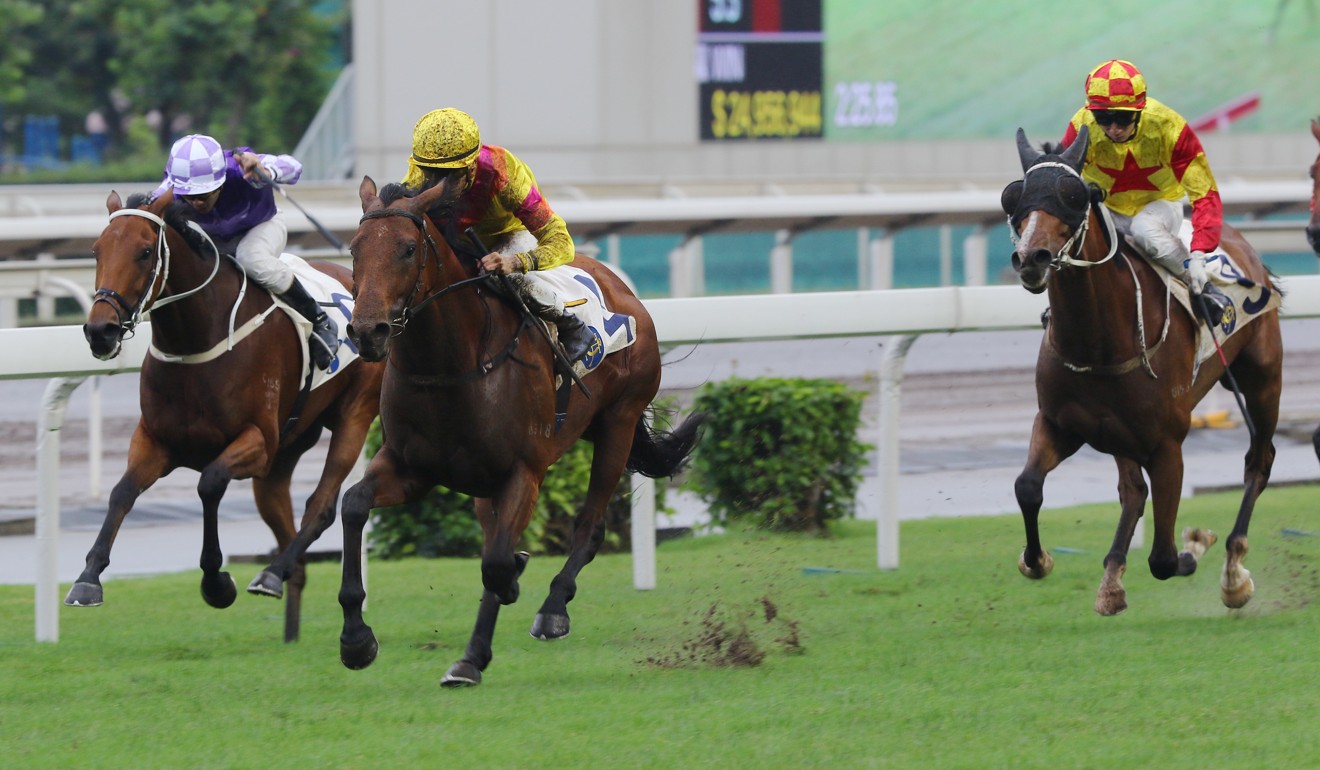 The New Zealand-bred five-year-old performed strongly in last season’s Hong Kong Derby before boosting his rating to 103 with the dominant Group Three win.

“Hopefully I get back on Ho Ho Khan when he is racing over more ground, it looks to be a bit of a warm-up race for him,” Ho said.

“Ho Ho Khan is very fit, I have been galloping and trialling him. Of course it is a bit too short for him but he will run a good race. If it keeps raining, it will definitely help him.” 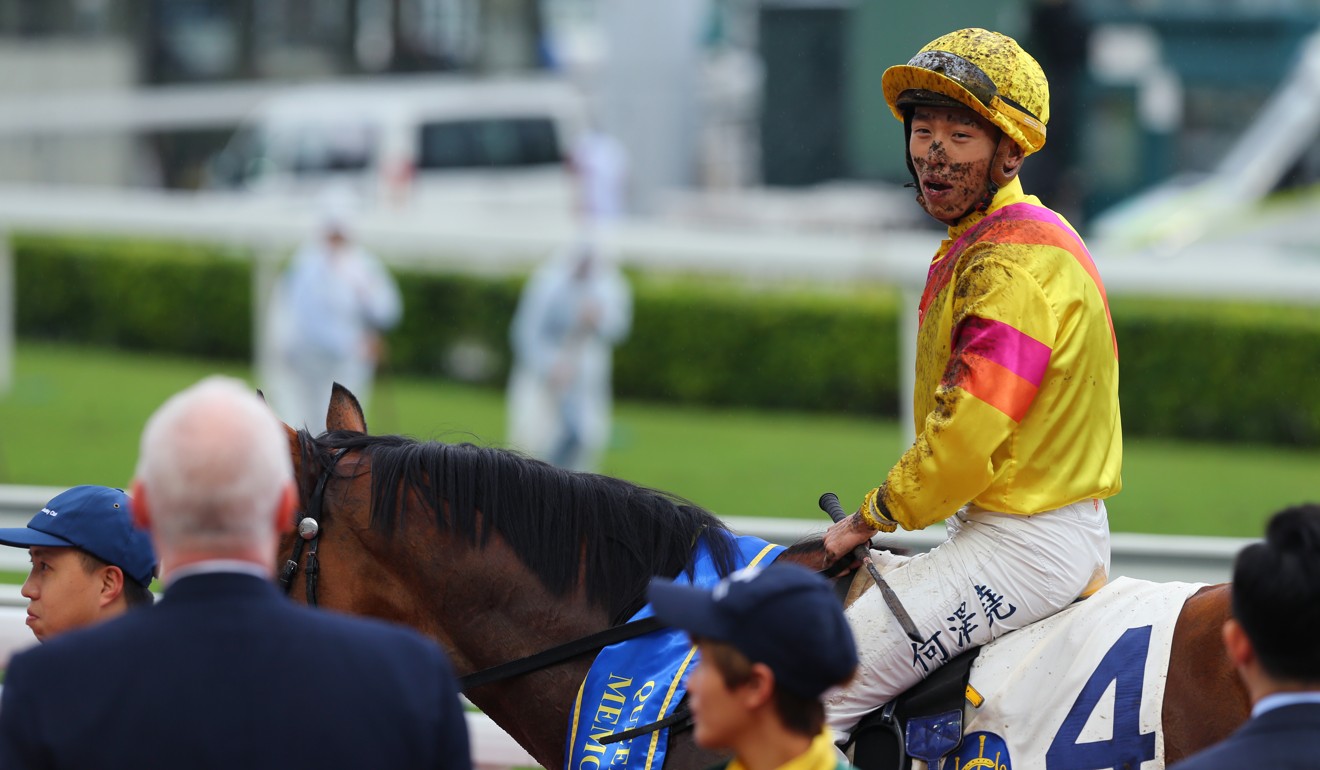 Caspar Fownes will also unveil one of his premier Derby hopefuls in The Hulk.

The 85-rater is a Group Three winner in New Zealand and has been bought to make a run at the four-year-old series.