Could Beauty Generation’s shock defeat be a good thing?

The two-time Hong Kong Horse of the Year is beaten for the first time in more than 18 months, but might it be a positive in the long run? 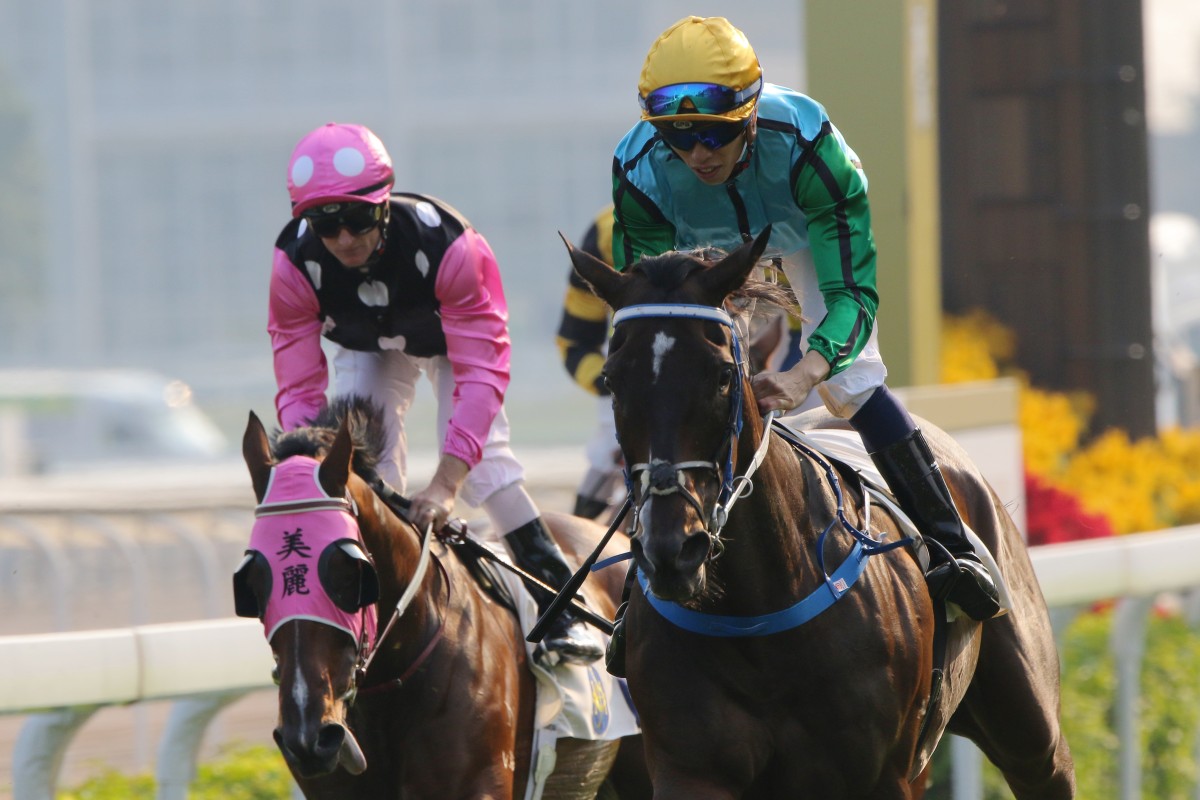 Enable, Stradivarius and now Beauty Generation all beaten in the space of two weeks – @charles_hunt12

It may sound ridiculous, but there are actually a lot of positives to come out of Beauty Generation’s shock defeat on Sunday. Let’s go through them.

The pressure is off

The thing with winning streaks is the longer they go on, the more scrutiny applied to everyone involved.

John Moore made that clear earlier this year when asked about the pressure he feels on race day: “If I said that I was stress-free that would be B.S.”

The Kwok family, who owns all the “Beauty” horses in Hong Kong, have kept moving the goalposts when it comes to targets for the two-time Horse of the Year. Then it was about chasing down Silent Witness’ winning streak of 17, which affected decisions about which races Beauty Generation would target as they tried to protect a record that didn’t really matter.

Now it has stopped at 10, everyone can take a deep breath and it potentially opens up …

There shouldn’t be anything standing in the way of Beauty Generation testing himself on the world stage now.

A trip to Meydan for the Group One Dubai Turf in March should now be a lock. There’s no winning streak to protect, he is coming towards the back-end of his career so this is probably the last chance to do it near his peak.

This is Moore’s final season at Sha Tin and he’s desperate to show everyone what Beauty Generation is capable of away from the fishbowl.

There’s no race for him in Hong Kong at the time, so it’s the perfect opportunity to see how he measures up. That would be exciting.

Now that the air of invincibility is gone – will more internationals consider making the trip to the Longines Hong Kong International Races?

Before Sunday, it was hard to see anyone making the effort to travel all that way (particularly in the current climate) when you would only be racing for second.

That might still be the case, but there has to be more of a chance that someone is prepared to back their horse in and give it a crack.

Beauty Generation’s jockey Zac Purton has long lamented how some of his rivals go out of their way just to try to get the champ beaten and he said that was the case again.

“I’ve said it before, the other connections specifically go out there just to try and beat one horse and they end up beating themselves, and that’s what happened [on Sunday],” Purton said. “They go out so fast that they just fall in a hole, they don’t give themselves a chance.”

The patrol footage is fascinating viewing. From barrier two, Purton tries to go forward but at the same time pushing wide so he is not trapped. It doesn’t work.

Karis Teetan (on Ka Ying Star) crosses, as does Derek Leung Ka-chun aboard Glorious Forever, who puts Beauty Generation in an awkward position and forces him into the box-seat. The champ doesn’t like it at all, getting his head up as he tries to avoid heels.

When you’re carrying between 14 and 20 pounds more than everyone else, you need everything to go right and those moments matter.

His rivals know if he is allowed to dictate from the front, it is game over. Will they continue to do that or focus on themselves now he has been beaten?

Despite the loss, it is clear Beauty Generation is still the top dog in town.

In a race where everything went wrong and he was giving all of his rivals a lot of weight, he still finished third.

Next time out in the Group Two Jockey Club Mile he will only carry five pounds more than anyone else and he won’t be second-up after resuming with a gut-buster.

“The worst run of last season was his second-up run. It’s hard because they have such a long time off and he comes back, he runs such a good race first time out, then he’s got to back up very quickly after that,” Purton said.

“Obviously it’s disappointing he’s been beaten, but when you look at the weights of the race I don’t think his performance is any worse than it was last season. Let’s get back to set weights. He has a nice break between now and his next run and he’ll bounce back.”

Sunday’s loss doesn’t diminish Beauty Generation’s achievements or his standing as one of the greatest horses Hong Kong has ever seen.

It is a reminder that these are animals, not machines, and even the best can be vulnerable under the right circumstances.