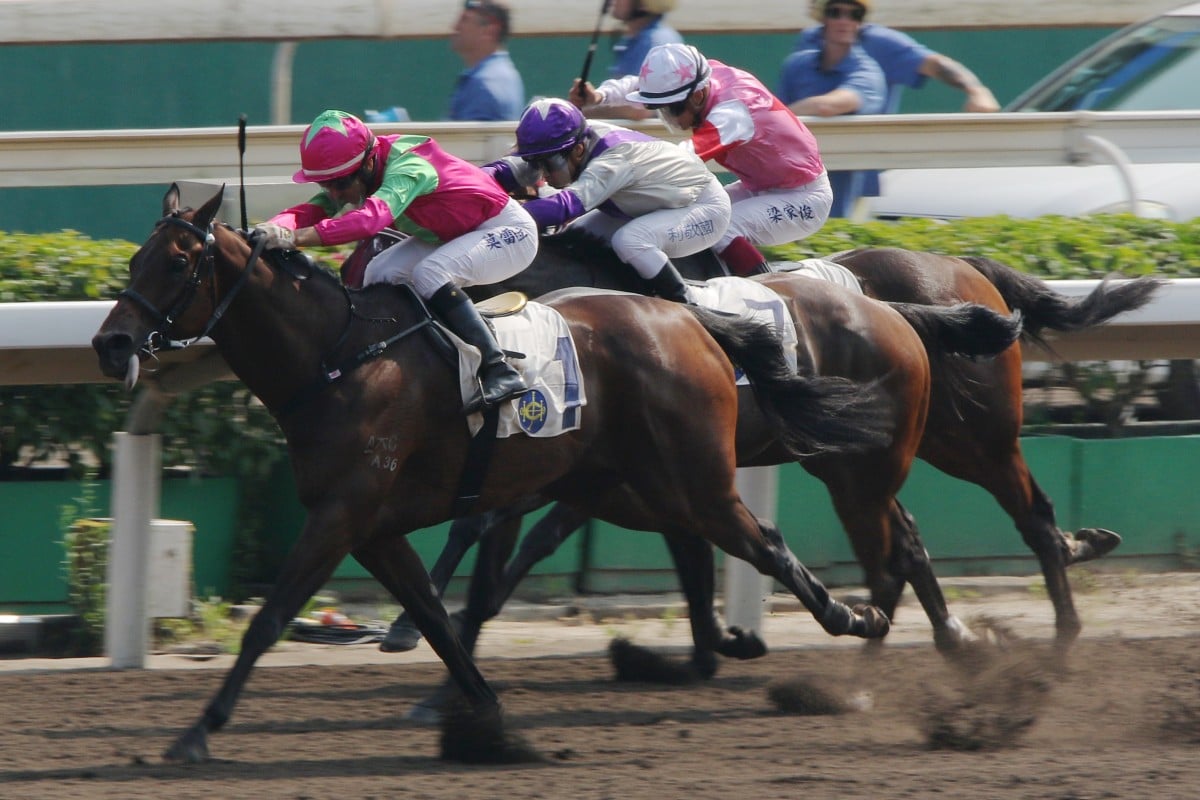 Trainer Tony Millard was at his cryptic best on Sunday when discussing what comes next for his impressive dirt specialist Elusive State.

The six-year-old returned to the winners’ list with an imposing showing on Sha Tin’s all-weather track, easily accounting for a strong field in the Class Two Kwangtung Handicap Cup (1,650m) while carrying the top weight.

The win will put Elusive State’s rating above 100 – which makes it very difficult to place him – and given Millard’s high opinion of the gelding, begs the question about how to handle his future.

As the programme stands there are no races for dirt horses with a rating of over 100, but the Jockey Club handicappers could extend the ratings band of the next Class Two over the course and distance on December 29 to include horses rated between 80 and 105.

Elusive State lands his sixth win on the dirt! Where to next? #HKracing pic.twitter.com/dHQptr5zR7

If that doesn’t happen, it means Millard will be forced to run him in Group races – on the turf – before potentially eyeing off the inaugural US$20 million Saudi Cup in February and/or a trip to Dubai in March to try and land an international blow on his preferred surface.

Co-owner Eden Wong Chi-hong suggested to local reporters the Saudi Cup might be the preferred option, something Millard has spoken about previously.

In any case, fans will just have to be patient to see how he might get there as the South African trainer was very coy after the race.

“We’ve got a plan for him,” said Millard, who giggled when asked to expand on what that was.

“We’re just going to see what happens now, see how he pulls up. It’s very tough, you’ve got to get an international Group dirt horse qualified on the turf. There’s just so few races here.

“We’ve got a plan, hopefully we can pull it off.”

Elusive State put in an eye-catching performance when resuming over an unsuitable trip and the step-up to the extended mile looked perfect for him second-up. 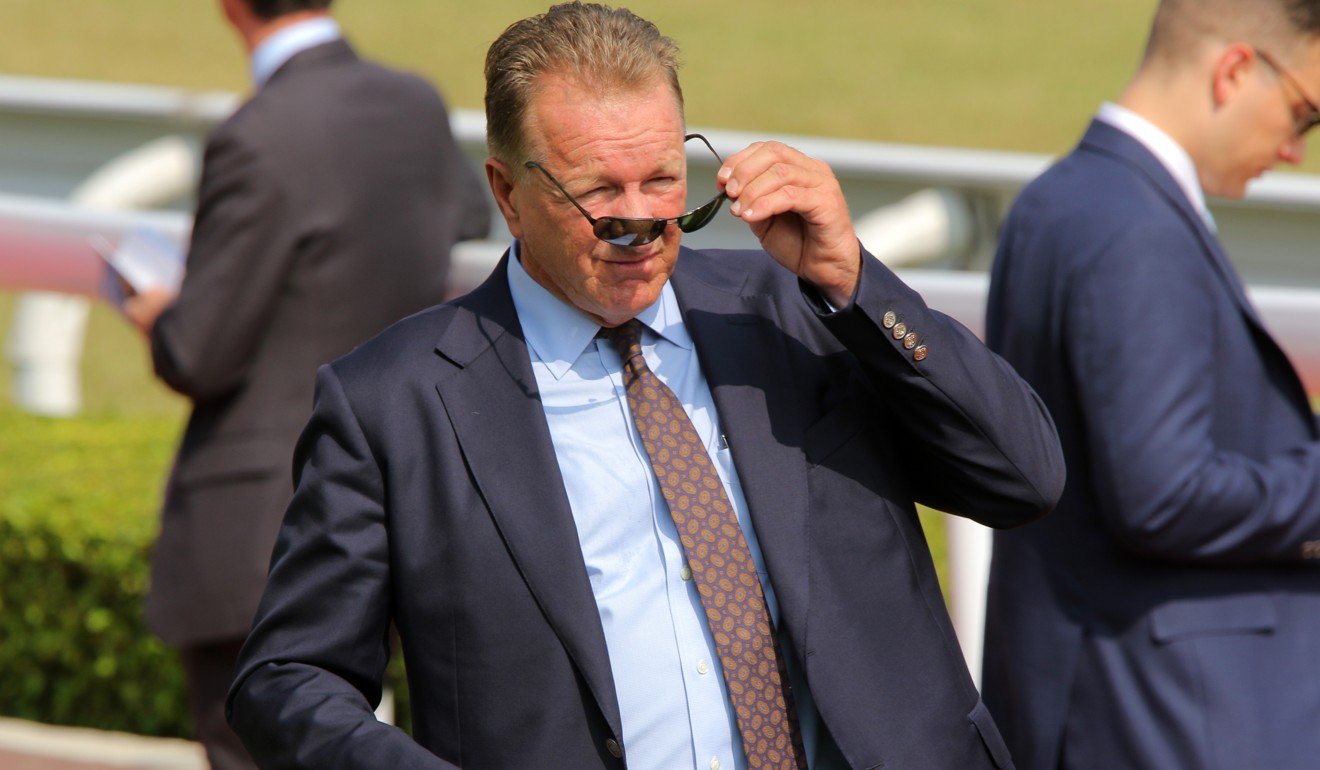 Star jockey Joao Moreira settled him midfield on the rail as Buddies took up the pace, before finding clear running at the top of the straight and coming away to win like a $2.30 favourite should.

“He ran so well first-up, he was indicating that he was wanting more ground but Tony had in mind another race but I said ‘just, please, bide your time and run him in the 1,650m that is coming up’. I am very pleased that he listened and the horse appreciated that,” Moreira said.

“We haven’t seen the top of him yet, Tony has done an amazing job with him. He has improved him enormously. I was riding him in a Class Four maybe 18 months ago and he was just about to drop to Class Five. I look at it now and I am riding him to Class Two wins, it is such a great training achievement.”

Millard was just as delighted with the run.

“I’m just really stoked, he won with authority. He’s a proper Group dirt horse,” Millard said. “He gave the second horse [10] pounds and he gave them a hiding.

“He did everything we wanted and I think I can still get him better.”

Speaking of winning with authority, it was another commanding day in the saddle for Moreira, who completed a treble on the all-dirt card.

As well as Elusive State, he saluted aboard Fortune Happiness and Bear Slam to record his 30th victory of the campaign, extending his lead over reigning champion Zac Purton, who went winless on Sunday, to 10. 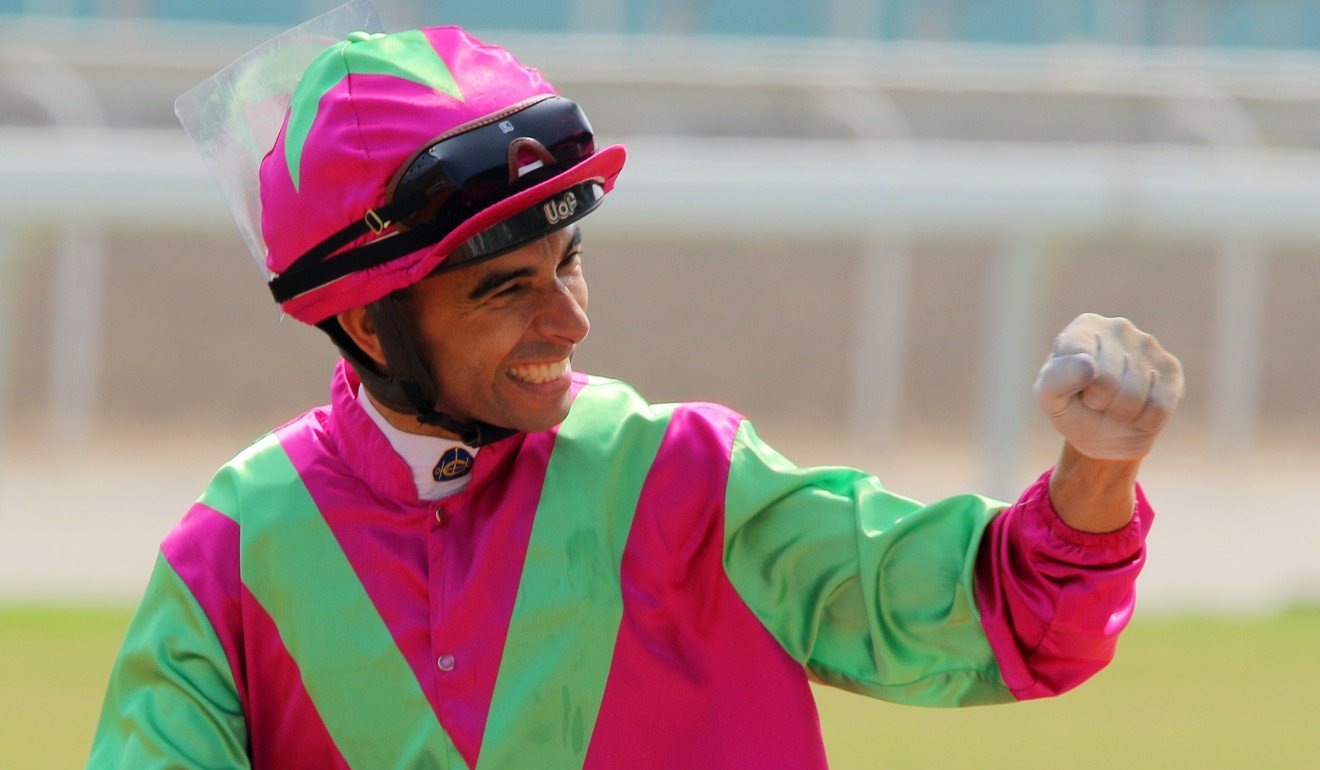 The Brazilian is on fire, riding at least one winner at each of the past 13 meetings.

“Being on top of the horse’s form is important. The numbers are popping up because of that, I have been putting a lot of time into my form and I have ended up on some nice horses lately,” Moreira said.

“It’s all related to not only my hard work but the kindness of the trainers and owners who are supporting me and putting me on nice horses.” 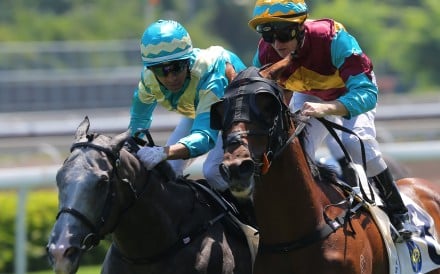