Villa Fionn, Simple Elegant and Preciousship salute to take the veteran local trainer’s win tally to 20 for the season 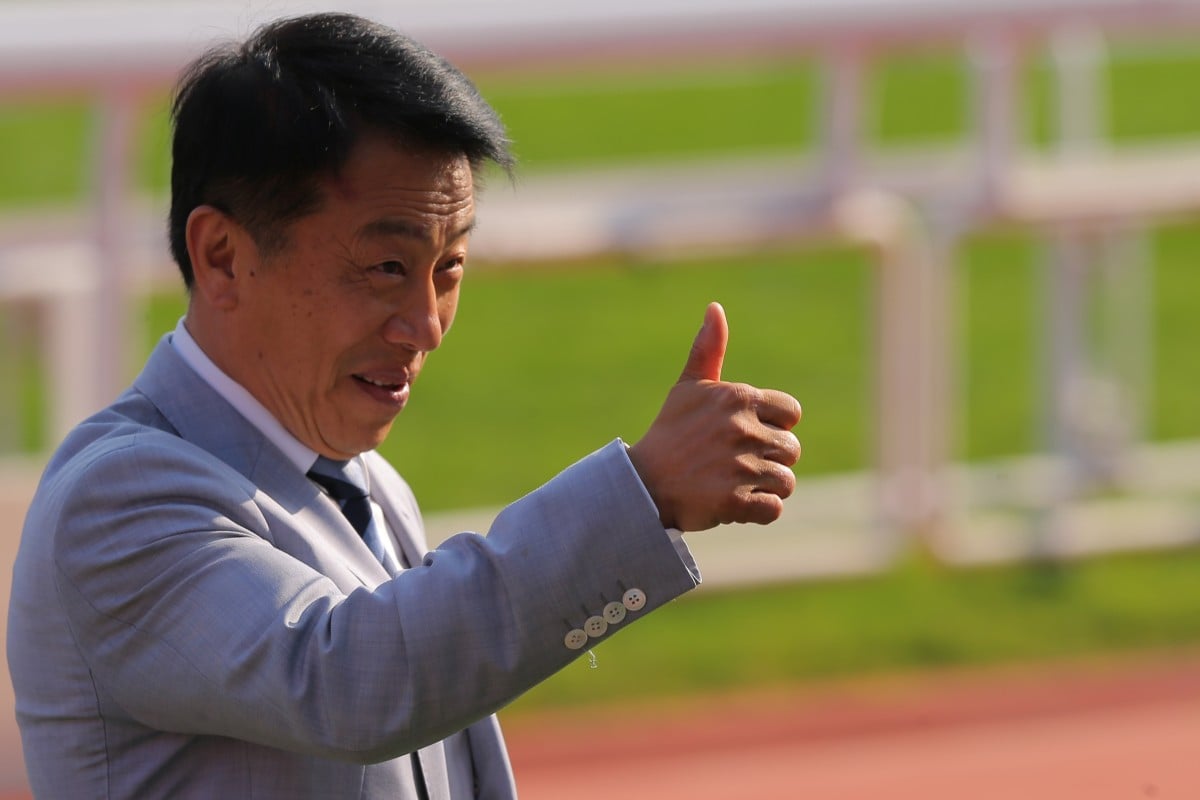 Ricky Yiu Poon-fai continued his huge week at Sha Tin on Saturday, following up his treble at Happy Valley on Wednesday with another trio of winners.

The haul took the veteran’s tally to 20 for the season, only nine short of his total for all of last season, and sees him three clear of Danny Shum Chap-shing at the top of the trainers’ championship.

“I was more surprised on Wednesday than I am today. Today, I had six runners and I expected them all to finish in the first three,” he said. 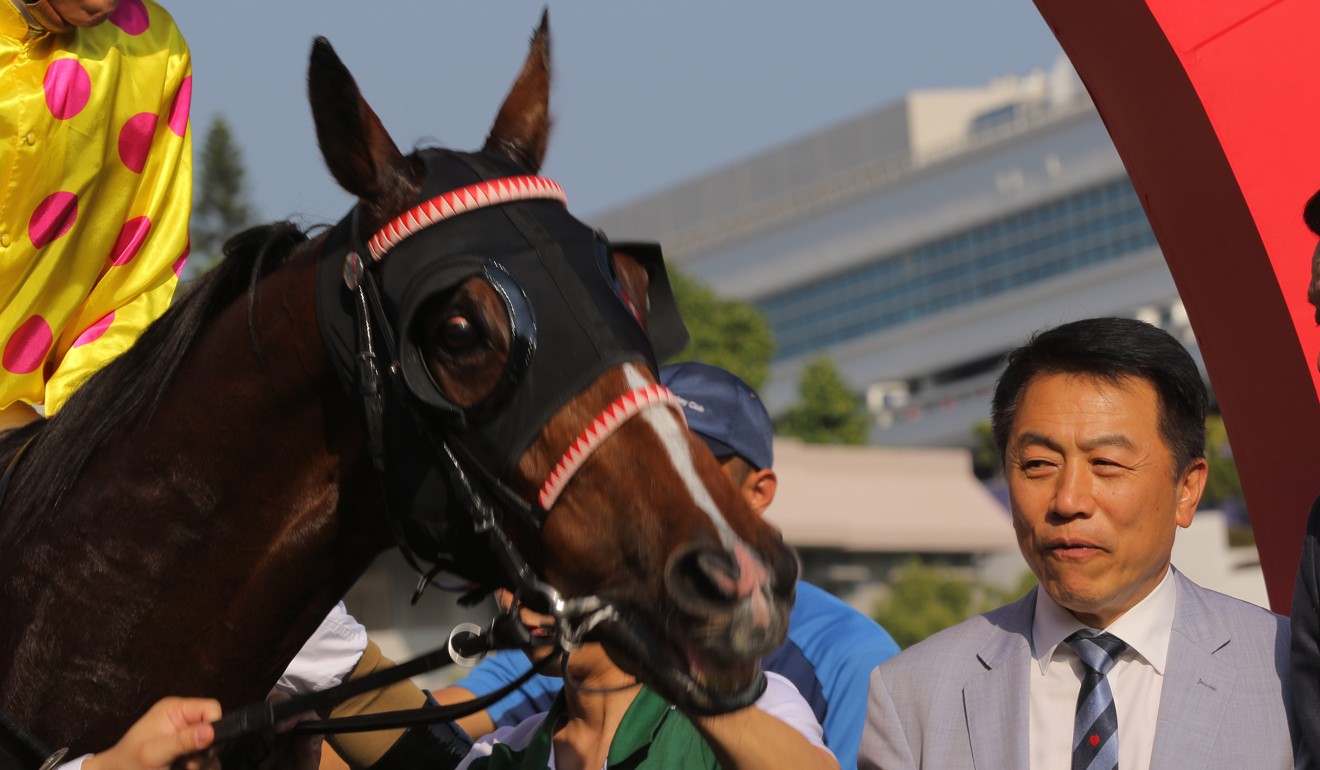 “It’s like any trainer, we all have plans for individual horses at individual meetings so it came together today.”

Preciousship’s impressive win in the Class Three Chevalier Property Development & Operations Handicap (1,600m) under Vincent Ho Chak-yiu rounded out a superb afternoon and it was the four-year-old Irish import that impressed him the most.

“Preciousship was my highlight, the European horse. It took time for him to acclimatise from last season so I said to the owner ‘once he performs he will just keep improving’,” Yiu said.

That's a treble for Ricky Yiu and a double for Vincent Ho as Preciousship goes back-to-back! #HKracing pic.twitter.com/M8BTIiIGe7

“He came to Hong Kong as an 82-rater, now he should be back to 82. He turns five very soon but the European horses, they are tough, very tough, they train on so well.

“They take the pressure out of all their races, they feel nothing. From the time I got this horse for the owner, I said he could be one of the best milers in Hong Kong.

“I said to him after his 1,400m race that he is even better over the mile and then look at today, we got the result.”

After travelling near the back of the field, Ho manoeuvred Preciousship through traffic before hitting the lead 100m out and pulling away to defeat Band Of Brothers by three quarters of a length.

“He tries so hard, the jockey said to me when he hits the front his ears prick and he looks around, that means he is still green so there is a lot of improvement,” Yiu said.

“That happens to European horses, they keep improving and they last a long time, they don’t show their best until they are four or five.”

Ricky Yiu is on fire! That's his 5th win from his last 13 runners as Simple Elegant leads all the way. #HKracing pic.twitter.com/7lb6c0VAbA

After winning twice from five starts in Ireland, Preciousship didn’t exactly set the world on fire in his first season in Hong Kong, producing a best finish of sixth from eight starts.

He resumed with a disappointing 14th this season, but the gelding has now strung together consecutive victories and will return to Class Two with a full head of steam.

Chad Schofield spoke about the need to “contain” Aquila in the run to ensure he finished strongly and the jockey managed to do just that in the Class Three Chevalier Lifts & Escalators Handicap (1,200m).

The Jimmy Ting Koon-ho-trained four-year-old travelled nicely in third before mowing down the leaders in the straight and pulling away to win by over two lengths on the all-weather surface.

Ting praised the ride of Schofield and also acknowledged the work of the suspended Joao Moreira, who finished second aboard the horse at the same course and distance last start. “He’s improved a little bit. Now he can relax and then kick, it’s much better,” Ting said. “Last time Joao taught him a lot.

“Last time he went in front and then saw second and third and then he still wanted to kick. This time he learned more and he could win.”

Aquila has proven consistent throughout his six-start career, winning twice and never finishing worse than fifth.

Ting said he plans to stick to six furlongs on the dirt for the time being and hopes there are more wins to come now Aquila has learned to relax in the run.

Aquila rolls to a comfortable win on the dirt for @SchofieldChad and Jimmy Ting! #HKracing pic.twitter.com/tKpg4vABlh

“He has always run well. He has a very big heart, he always wants to try,” he said.

The win was Ting’s 12th for the season and sees the second-year handler sitting fifth in the trainers’ championship.

Hong Kong racing can take itself rather seriously at times so it was refreshing to see Zac Purton jumping on board a tongue-in-cheek campaign to entice him or arch rival Joao Moreira to Australia to ride Four Beers Please.

The 11-race maiden was purchased by Sportsbet to race on behalf of its punters and the betting giant reached out to the Hong Kong Jockey Club ahead of the mare’s final race at Yarra Valley in Victoria next weekend.

“It is my distinct honour to inform you that the ownership group of Four Beers Please, “Australia’s Eternal Maiden”, has selected Zac Purton or Joao Moreira to ride her in what will be here last race,” read a letter posted with a Tweet reading: “The punters want @zpurton or Joao Moreira to ride Beersy in her farewell next Saturday. Ball’s in your court now, @HKJC_Racing.”

A nice shout out fellas. I’m definitely in but I’m currently suspended that day, can you lobby the @HKJC_Racing to make an exception for this momentous occasion. #forthefans https://t.co/Nx155wdgqI

Purton was quick to respond.

“A nice shout out fellas. I’m definitely in but I’m currently suspended that day, can you lobby @HKJC_Racing to make an exception for this momentous occasion. #forthefans,” he tweeted.

Unfortunately the letter doesn’t seem to have caused the desired ripples at the Jockey Club, with officials still unaware of the campaign on Saturday afternoon.

Tony Millard’s father, the legendary Terrance Millard, passed away on Wednesday at the age of 89.

Considered by many as South Africa’s greatest trainer of the 20th century, Terrance Millard retired from training in 1991 with over 2,000 winners and 117 Group One successes to his name.

A beloved Grandfather and Father, Terrence Morgan Millard will be sorely missed by all. One of life’s true gentlemen. He was an inspiration to all who knew him, and a legend in the racing industry. A kind, compassionate and loving Grandfather, we will miss you dearly. pic.twitter.com/A0SyuZY6gl

Terrance then handed the reins to Tony, who continued the family’s success before making his move to Hong Kong.