HKIR: Kris Lees channels Bart Cummings as In Her Time tunes up for Hong Kong Sprint

A large mirror in her box at Sha Tin has a calming effect on the speedster, who moved smoothly during a gallop on Friday 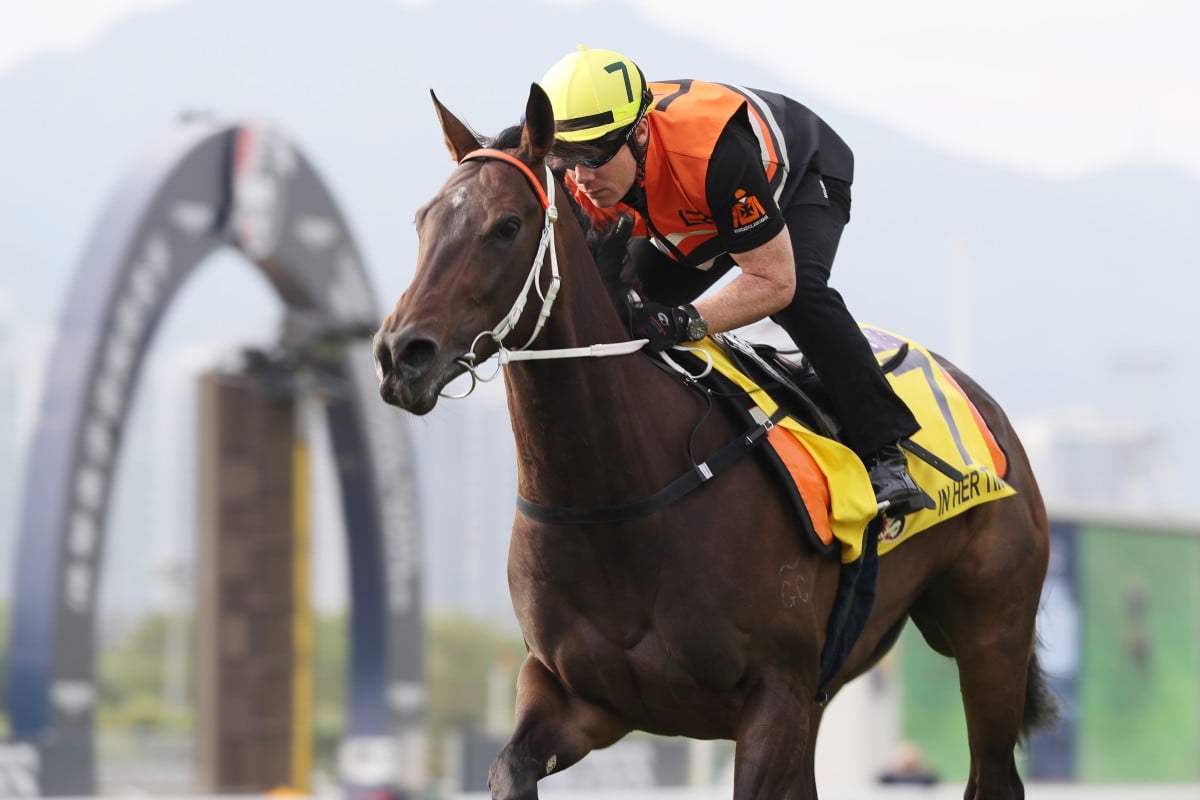 Australian sprinting mare In Her Time has been attracting plenty of admirers at Sha Tin this week with her fluent action and great attitude.

She didn’t let anyone down when trainer Kris Lees gave her a gentle breeze on Friday morning as the countdown to Sunday’s HK$20 million Longines Hong Kong Sprint continues.

The seven-year-old mare stayed firmly on the bridle throughout her work, clocking 57.75 seconds for 800m near the outside rail of the Sha Tin course proper. She increased tempo progressively in the home straight, clocking 25.89 seconds for the last 400m and 12.25 for the ultimate 200m.

The times themselves are not actually significant. What was important to observers was to see the mare moving smoothly, confirming all the quality that had been seen in her slower paces during the week would readily translate at galloping pace.

Lees was on course to watch the mare and was very pleased with what he saw.

“She looks good and I’m happy with her,” Lees began. “She’s pretty relaxed and has settled in well.”

Lees also revealed he had dug into the bag of tricks of the late Aussie master trainer Bart Cummings, giving In Her Time a large mirror in her box at Sha Tin so she can keep herself company. 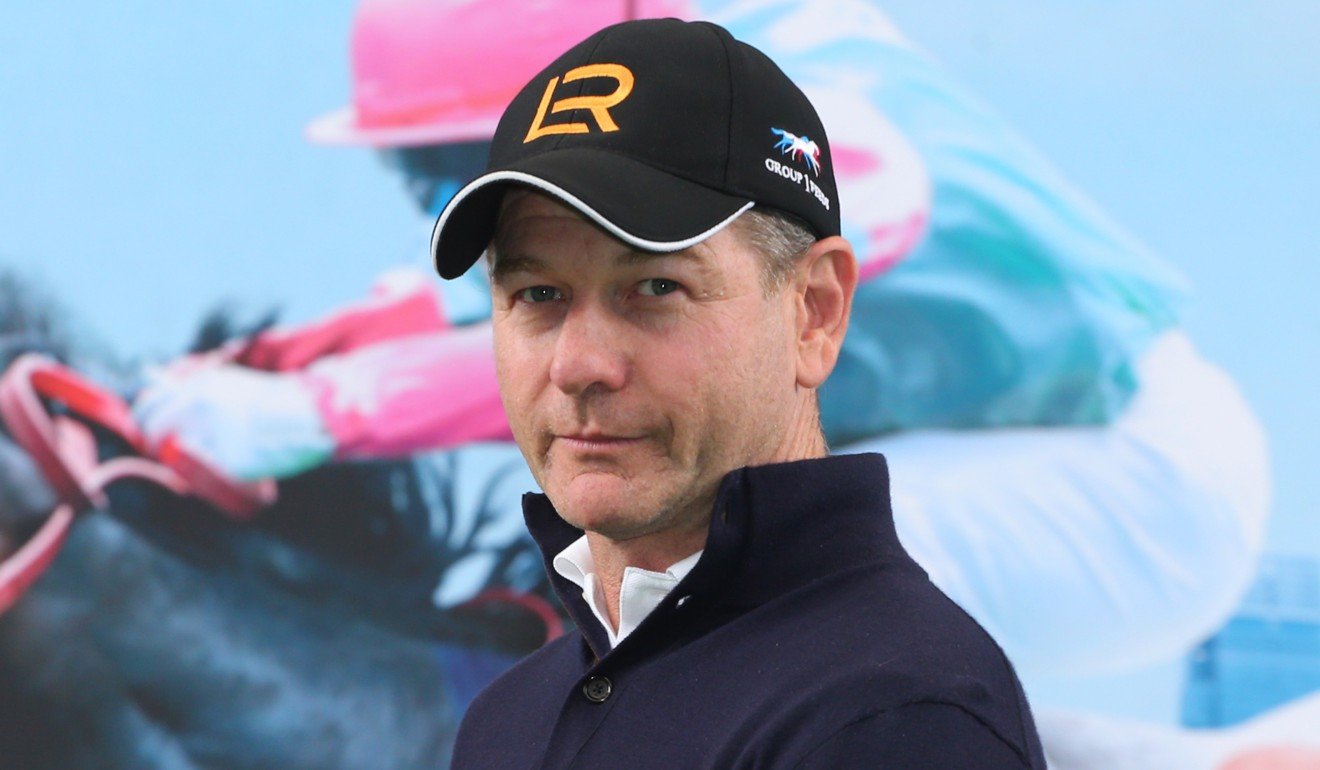 The mirror trick was one Cummings made public during a trip to Tokyo for the Japan Cup with his Melbourne Cup winner Saintly and the calming effect it had on the champion stayer was profound.

“She’s stabled alone here but thanks to the mirror, that hasn’t bothered her,” Lees continued. “We also stabled her on her own for 10 days at home, before her departure, just to get her used to it. She’s been fine.”

Lees, 48, is the son of a great Australian trainer, the late Max Lees, who was renowned for his ability to get the best out of fillies and mares. Kris, who was a long-time foreman for his father in the days before training partnerships, has clearly learned a trick or two about handling the lasses.

He trained one of Australia’s best three-year-old fillies, Samantha Miss, and then took over the training of the top New Zealand filly Lucia Valentina, guiding her to a win in the Group One Queen Elizabeth II Stakes (2,000m) at Randwick in 2016. Lucia Valentina also came to Hong Kong and ran creditably for fifth in the Cup of 2015. 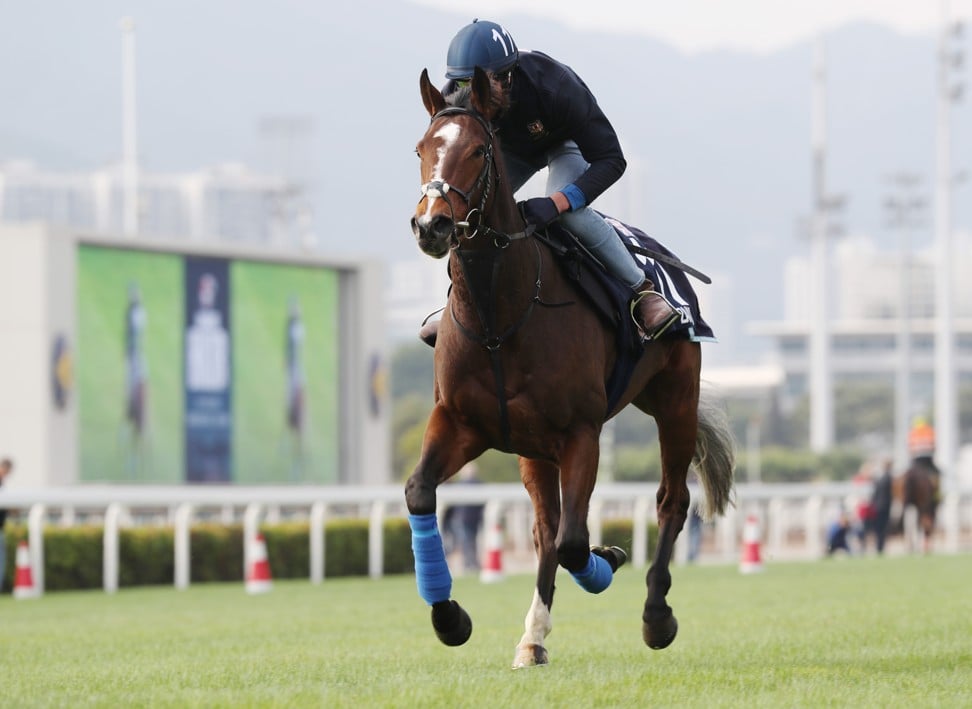 Lees senior died in August 2003, and young Kris became the new licence-holder for the yard. Just one year later, he trained his first Group One winner when County Tyrone landed the AJC Metropolitan.

In Her Time is a two-time Group One winner, landing the Galaxy (1,100m) in Sydney and the Lightning Stakes (1,000m) in Melbourne. Her last start was a third in the Group One VRC Sprint Classic (1,200m) at Flemington during the spring carnival.

She is a proven top-level performer, having contested 12 Group One races and been placed in eight.

In other trackwork news, British trainer Roger Charlton gave Aspetar a solid workout. The four-year-old worked nicely over 800m in 51.2, quickening up nicely over the last 400m in 22.8. Jason Watson will be his pilot in Sunday’s Hong Kong Vase.

The emerging French filly Edisa, trained by the venerable Alain de Royer-Dupre, had a steady gallop on the turf, going solo over 800m in 56.6, the last 400m in 27.6. Edisa will contest the Hong Kong Cup at 2,000m, under Stephane Pasquier.

Zaaki, trained by Sir Michael Stoute, went a steady 1,200m in 1:27.5, the last 400m in 25.7 seconds. This gelding will take his place against local hero Beauty Generation and Japan’s Indy Champ in the Hong Kong Mile, with Ryan Moore in the saddle.