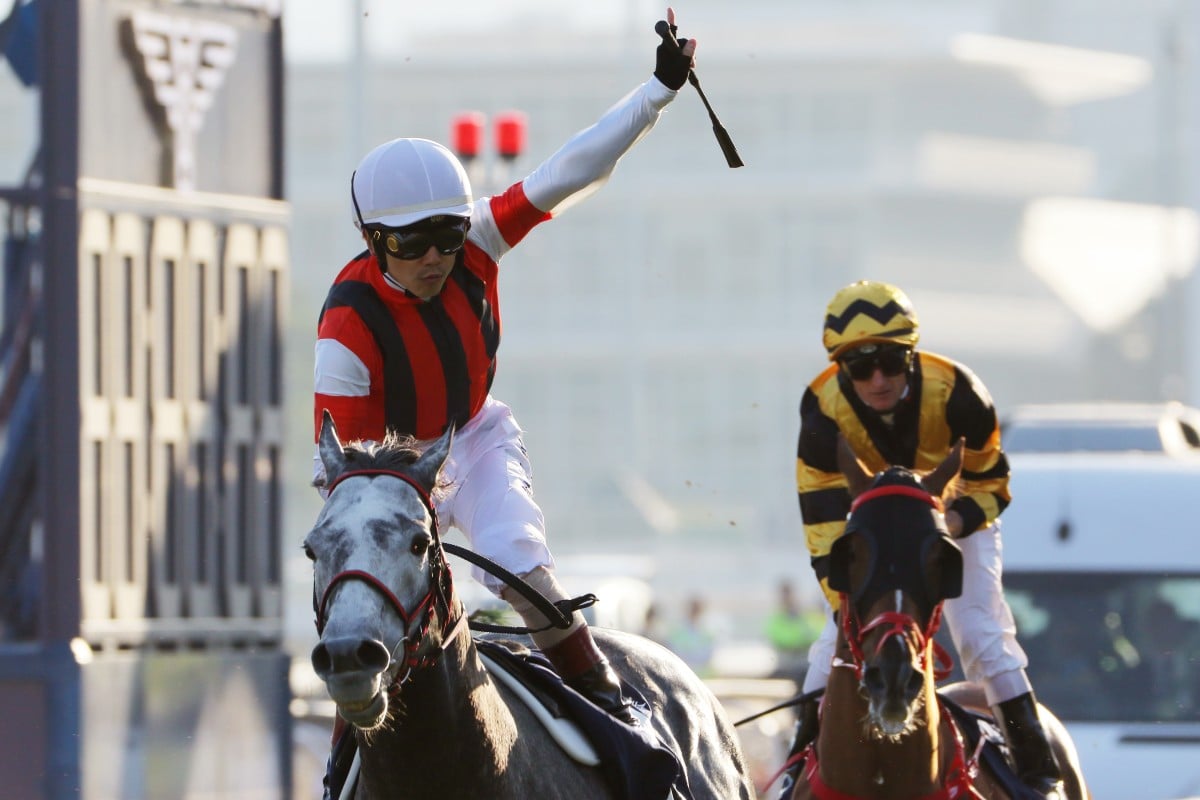 Win Bright’s connections warned in April that they would be back for more and on Sunday they delivered in Hong Kong’s richest race.

Trainer Yoshihiro Hatakeyama pulled off a timed-to-the-minute raid in the Group One Hong Kong Cup (2,000m), putting the cherry on top of a day of Japanese domination.

The race had been billed as Almond Eye’s to lose but her withdrawal a week ago threw it wide open, giving hope to a host of rivals.

Win Bright is no stranger to Hong Kong punters after breaking the track record in the Group One QE II Cup (2,000m) earlier this year as an outsider, but they didn’t miss him this time and sent him out a $5.4 chance. 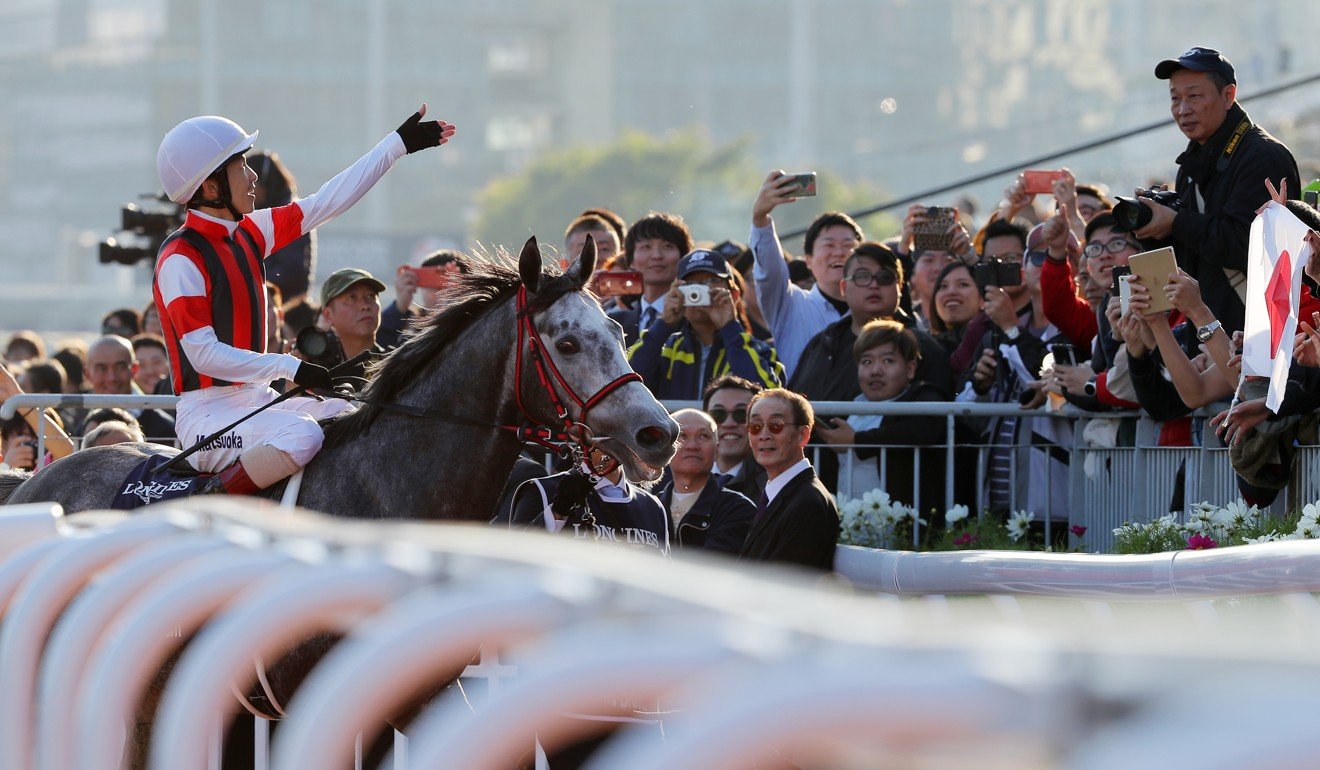 Having only finished ninth and eighth in his two starts back in Japan after his QE II glory, Win Bright put to bed any fears his effort earlier this year could have been a fluke when jockey Masami Matsuoka stalked the pace set by brothers Time Warp and Glorious Forever.

“His last two starts were not good performances, he wasn’t in good shape but after he got here, his condition has improved and thanks to the Hong Kong Jockey Club who provided us very good support, we are very happy to keep him here,” Hatakeyama said of his improvement.

With just seven rivals in the race, Matsuoka positioned himself closer to the speed than in April’s QE II Cup victory.

“It was very, very good because his last two starts were not first-three performances but the horse’s condition has been going up since he got here so were very happy,” he said.

“We had a very good day here in April so it was very memorable to come here. Sha Tin suits the horse very well because he likes the right-handed course in Japan, so it is very suitable.”

The win made it the third in five years for Japan with A Shin Hikari and Maurice winning in 2015 and 2016, respectively.

Trainer Caspar Fownes conceded he was beaten by a better horse on the day after running third with Rise High.

“He had his chance, at this stage they are just a little big better,” he said. “He is there, he doesn’t have to do much more. There are exciting days ahead with him, I had him spot on today but he came up against a really good horse.

“We were only a half-length off them in the end.” 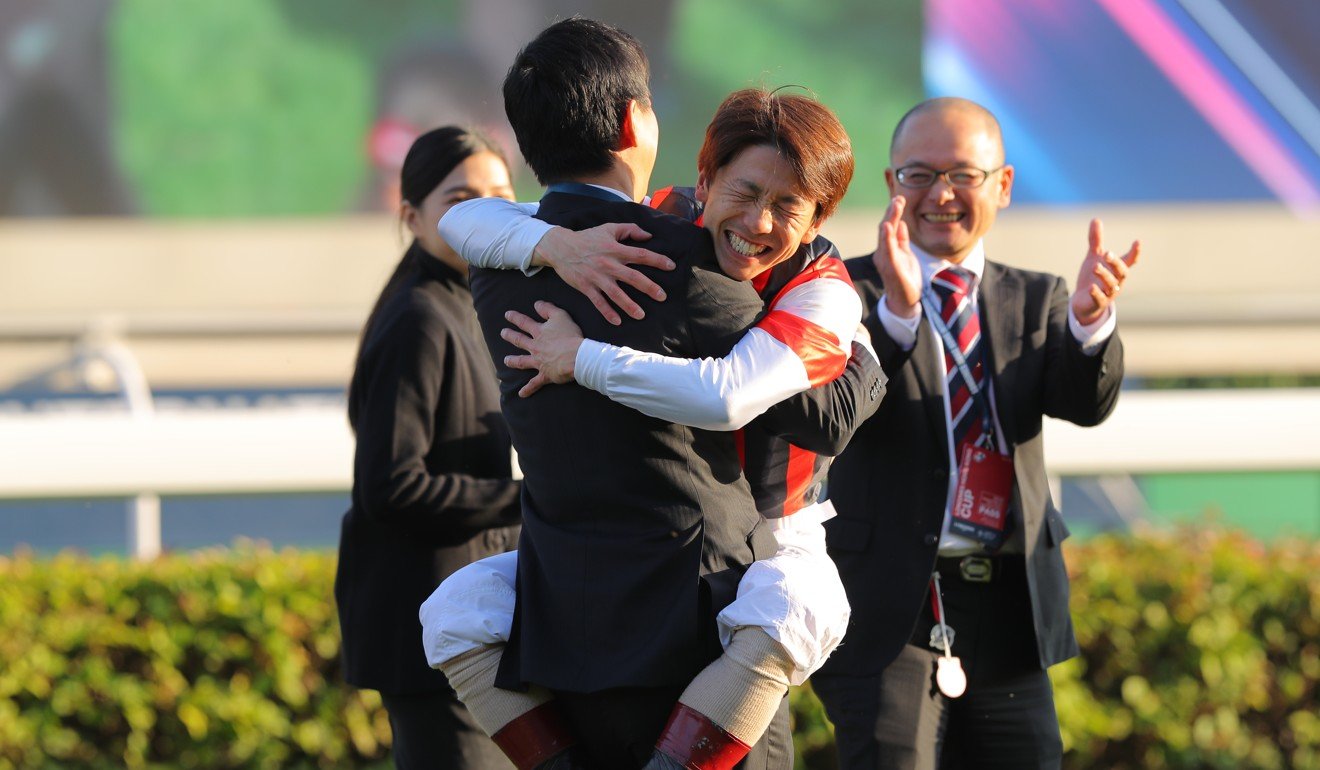 After previously discussing overseas plans for the horse, Fownes said he would take his time in deciding where to go next.

“We’ll have to have a look for the future, see how he pulls up,” he said.

Pressed on his future plans, Hatakeyama said they would be back to defend their title in April’s QE II Cup.

“We would be very honoured to come back if we are selected,” he said.

Matsuoka is set for a stint on the sidelines with stewards suspending him for two weeks to begin from December 18. 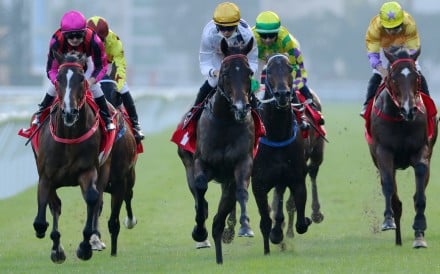 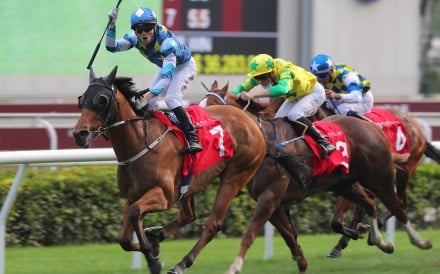