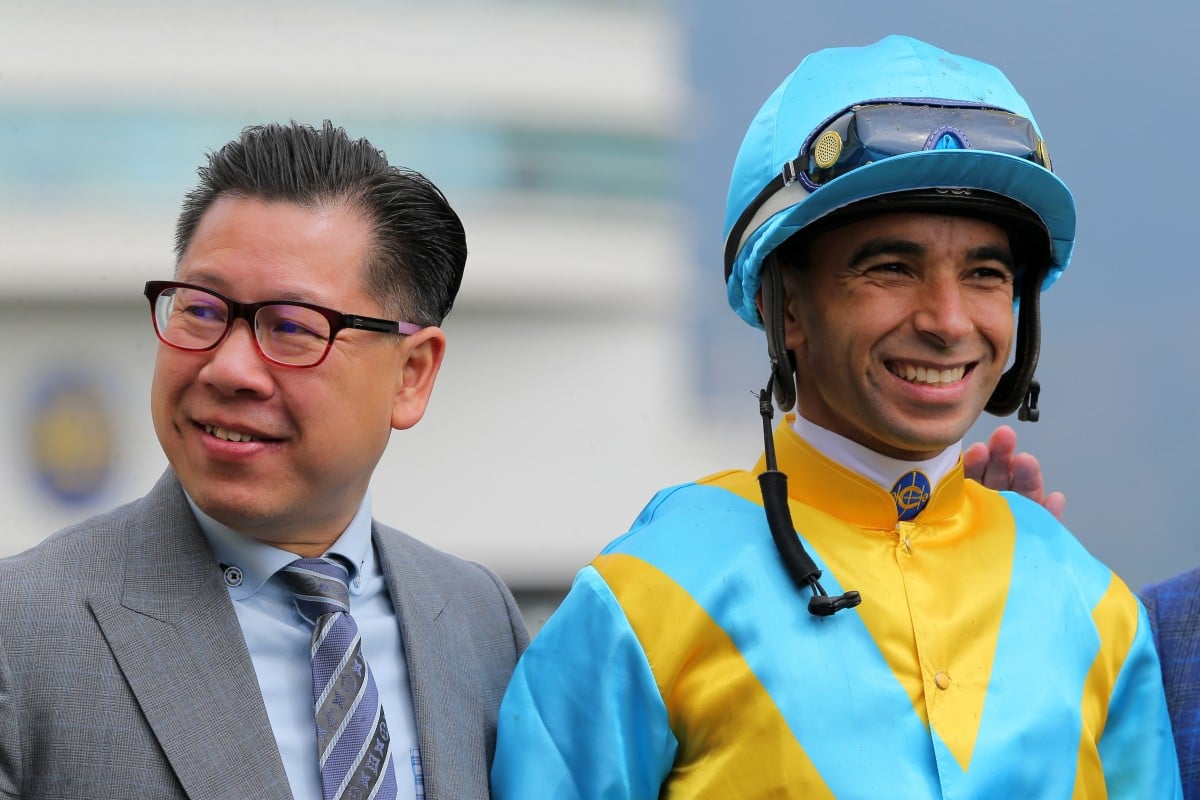 Dennis Yip Chor-hong capped a huge week with a double at Sha Tin on Saturday, landing a winner with each of Hong Kong’s two premier jockeys.

After a slow start to the season saw Yip enter last Sunday’s meeting with only four winners, the veteran trainer has doubled his tally in the six days since.

Fire And Gold took out the Class Five Ng Tung River Handicap (1,200m) under Joao Moreira before Sam’s Love made it a running double for Yip, winning the Class Four Kam Tsin Handicap (1,400m) with Zac Purton on his back.

“Both horses had a good jockey and they both rode the perfect race for me, followed my instructions and got the result,” Yip said.

Six of Yip’s winners this term have come in partnership with Purton and Yip praised the Australian after he extracted just the second career win out of Sam’s Love, and first since April 2017.

“This race wasn’t a strong race, he got the perfect draw with four – everything was perfect and also Zac rode the perfect race for him,” Yip said of the six-year-old, who won on debut off a mark of 52 and found himself back in the winner’s circle 25 starts later with a rating of 50. 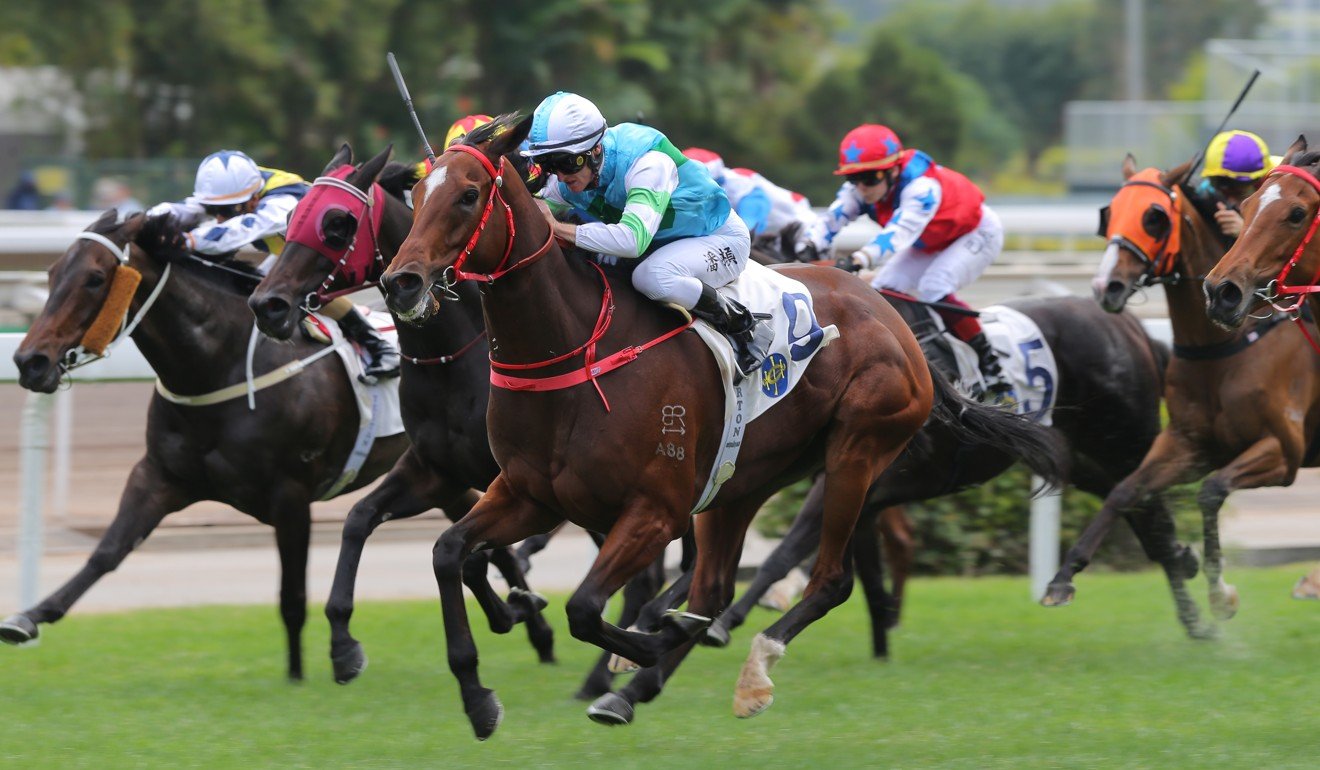 “After his first win I tried many things with this horse. But he wasn’t a Class Three horse. At the top of Class Four he carried the big weights and ran close, ran close, so I tried to have the horse race and race and build his form.”

Fire And Gold landed his first win at start 19 and Moreira proved the perfect partner in crime for the horse.

But he wasn’t always assured of the ride, with Umberto Rispoli the incumbent jockey before his sudden departure for California.

5⃣1⃣ wins this season for Joao Moreira as Fire And Gold breaks through! #HKracing pic.twitter.com/nn79GtJpaa

“Fire And Gold’s form has been on the up so Joao wanted to ride him. He said ‘next time, 117 pounds and I’m not sure Rispoli can ride. Please let me ride’,” Yip said. “After that Rispoli decided to leave so there were no headaches.”

It has been a welcome return to form for Yip, who trained 43 winners in an impressive 2018-19 campaign but believes he paid a price for that success.

“Last season I had too many old horses with one or two wins and their handicap went up and the horses did not improve this season,” he said. Hat-trick for the Duke

Duke Wai made it three wins on the trot with yet another impressive victory at Sha Tin on Saturday and trainer Paul O’Sullivan is confident the four-year-old has plenty left in him yet.

With a rating of 75 heading into the race, the win will push him up into Class Two – something O’Sullivan is confident will hold no fears.

“He hasn’t had many races and you would have to say he should handle himself in Class Two. I think that would be realistic to say,” he said. “He’s doing a great job, he’s a much-improved horse from last season.

“I think about his third start when he won he sort of just went whoosh the last bit and I thought then ‘you’re probably better than Class Four’. He really did accelerate that day.”

Duke Wai is proving to be the Danny Shum Chap-shing-trained Lucky More’s worst nightmare, handing the horse his second loss as hot favourite.

After a hat-trick of wins down the Sha Tin straight – all with Karis Teetan in the saddle – O’Sullivan feels the time might be right to step the horse back up to 1,200m – a trip he won at once from three attempts in his debut campaign last season.

“Karis said the 1,000m is getting him out of his comfort zone so we’ll just look at the programme and might look to go a little bit further,” he said. Moore a man with a plan

Much like Yip, the John Moore-trained Computer Patch has been busy in the last week, running second in his Hong Kong debut last Sunday before backing up with a victory in the Class Three Pearce Memorial Challenge Cup (1,200m) on Saturday.

According to Moore, the quick turnaround occurred because of how well Computer Patch handled his first-up effort and also because prolific owner and Hong Kong businessman Yeung Kin-man decided he couldn’t wait to see his exciting three-year-old race.

“The original plan was to run him today, not the 15th, but the owner had Elite Patch, Smart Patch and the lot of them running on the 15th so he asked me to put him in there,” Moore said.

Computer Patch gets the best of Beauty Applause in a thrilling finish to the Pearce Memorial Challenge Cup! #HKracing pic.twitter.com/64jEWsNyug

“I don’t think he had a very hard run that day, he ate up and did everything right after it. There were no soundness issues to report so I thought I would go with my original plan.”

After winning once and running four lengths behind Godolphin-owned Group One winner Microphone in Australia, Computer Patch has taken to life in Hong Kong and Moore expects him to make a real impact here.

“Zac [Purton] said at the 200m he started to slow up but I think he is a talented horse in the making, another real smart one for Hong Kong,” Moore said.

“He will now go up six for that win, I think. If he gets five, well he stays in Class Three and can race again in that. 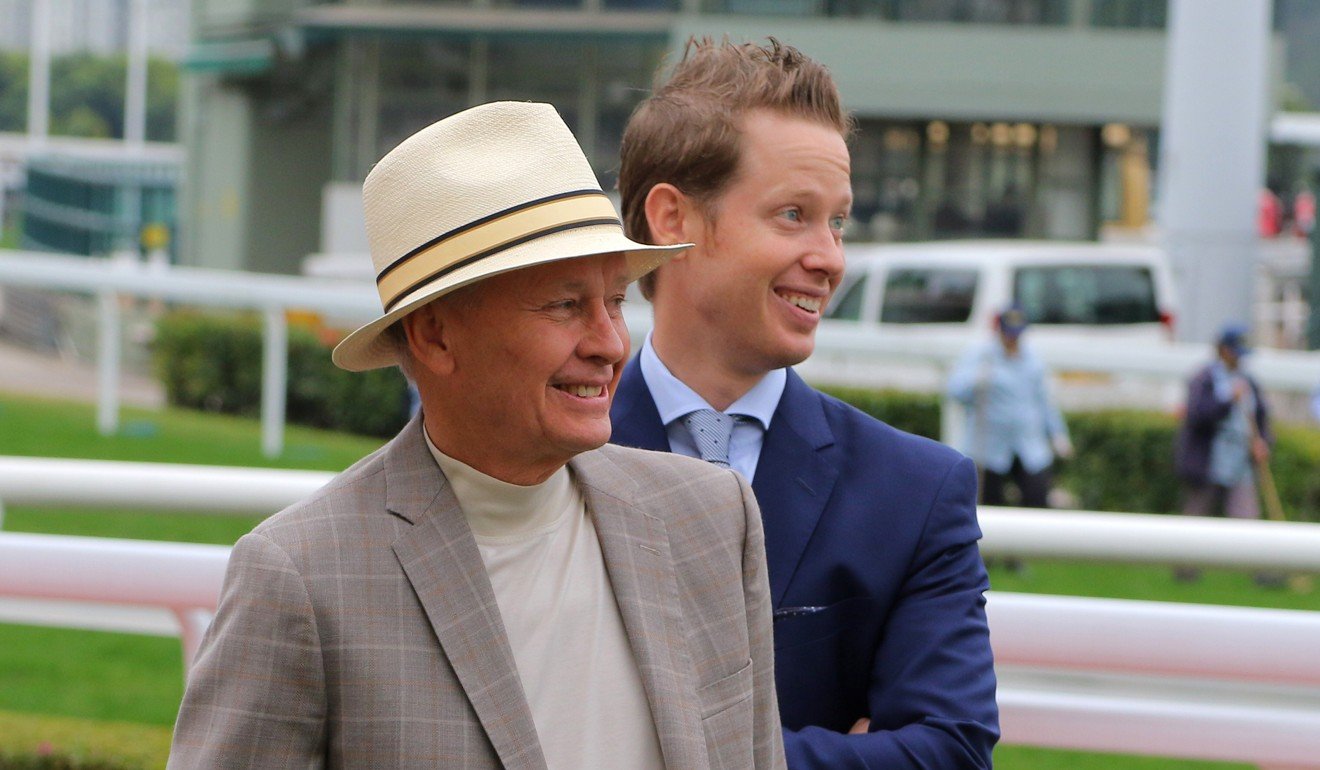 “We need a bit of a gap now because that was a bit demanding but we got away with it, he is only about 90 per cent fit.”

After going back from a wide alley before rattling home for second on debut, Computer Patch was ridden prominently on Saturday – tracking the leader before taking over in the straight – however Moore believes he will be better ridden off the pace in the long run.

“He is versatile. When he won at Randwick he was in behind and he had to extricate himself because he didn’t have a clear passage and when he did, he really hit the line,” he said.

“He was ridden with more speed today but ridden back in the field I think you’ll see a real devastating turn of foot.”