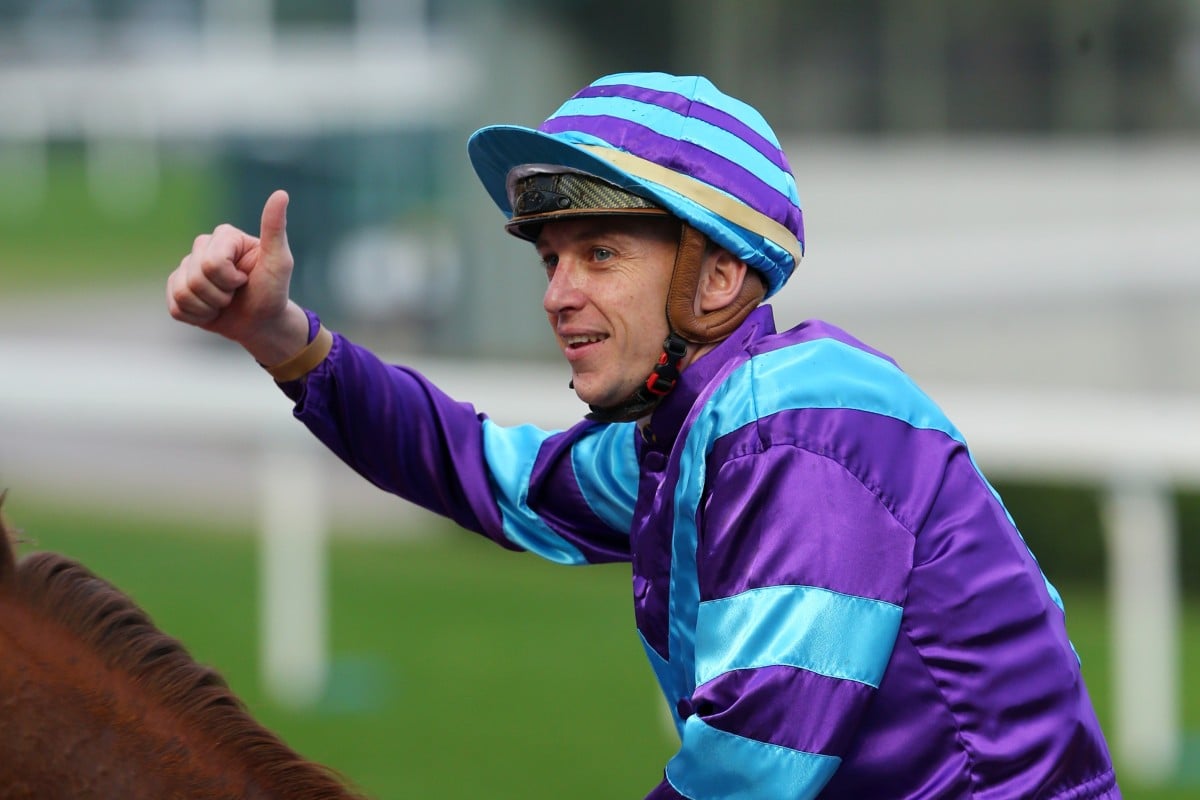 Seriously, big well done to @Piccone_Tony #HKracing can be a bleak place if you don’t get some bounce of the ball your way – @HKWinningFactor

The Jockey Club’s meet the press breakfasts for new riders can be stale events – think a dim room with outdated decor and riders rolling out manufactured responses – but Tony Piccone’s unveiling last week was anything but.

While you can hardly blame jockeys for being concise and matter of fact just days before they debut in one of the world’s most cutthroat jurisdictions, Piccone was a breath of fresh air, cracking jokes and having a laugh with his mate Alexis Badel.

Many jockeys come to Hong Kong spouting confidence and their determination to forge a career here, but there is often a certain sense of foreboding about what the future may actually hold.

That wasn’t the case with the laid-back but resolute Piccone, who said he is “always confident, very relaxed before the races, in the race there is no pressure for me” and was generally positive about everything.

It turns out it was a sign of things to come, with the Frenchman taking to life in Hong Kong with aplomb at Sha Tin on Wednesday with his first winner and another two thirds from just four rides.

It’s not easy – but ever so important – to make a strong start in Hong Kong, where opportunity is hard-earned and jockeys can fall out of favour in the blink of an eye.

Piccone’s efforts on “lucky start” day will hold him in good stead in the immediate future, with the belief that he has luck on his side sure to see trainers itching to get a piece of him. 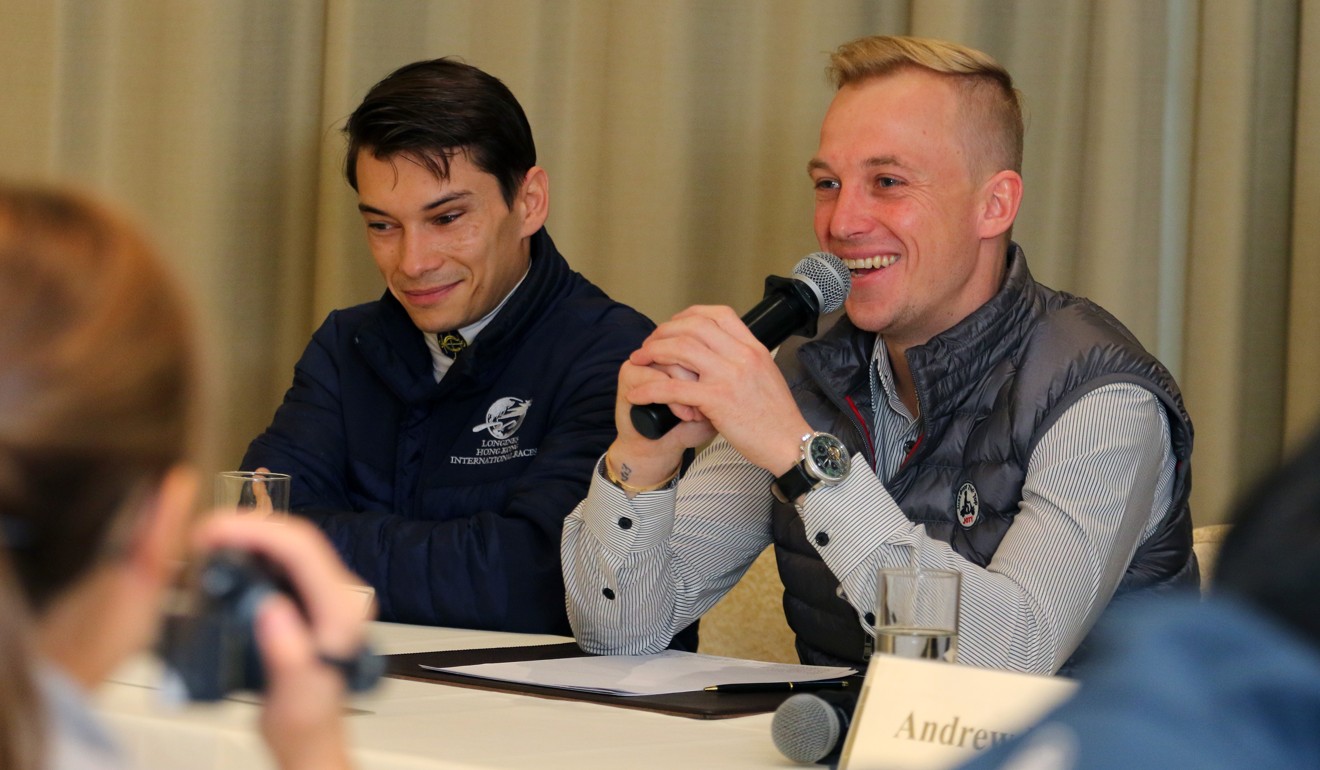 He could ride that wave throughout his two-month stint – and potentially beyond – or it could last five minutes, but in his attitude Piccone has another weapon which looks set to serve him well however long he stays here.

His self-confidence is unwavering but he doesn’t take things too seriously and doesn’t seem the type to get weighed down by the pressures of Hong Kong racing.

“Alexis taught me good advice but he didn’t want to teach me any more because he is scared of me,” he laughed at his unveiling. “French jockeys, we are at a good level in the world, for me, we are the best.”

You know he’s having a bit of fun, but at the same time, he believes it.

Badel described him as the funniest man he’s met – “maybe after his jockey career he can do some TV shows or stand-up” – and Piccone was at ease after booting home Charity Go on Wednesday.

In between apologising for his English and promising with a smile that “in a month it will be better”, Piccone professed his love for Hong Kong and declared how happy he was with his lot.

But there were no grand predictions, no setting lofty win targets or declaring he is here to stay – the man lives in the moment and that is the only way to be for a newly arrived jockey in Hong Kong.

At a time when there has been plenty of negativity in the jockeys ranks – most of it probably warranted – the Jockey Club will be thrilled by the positivity Piccone brings. 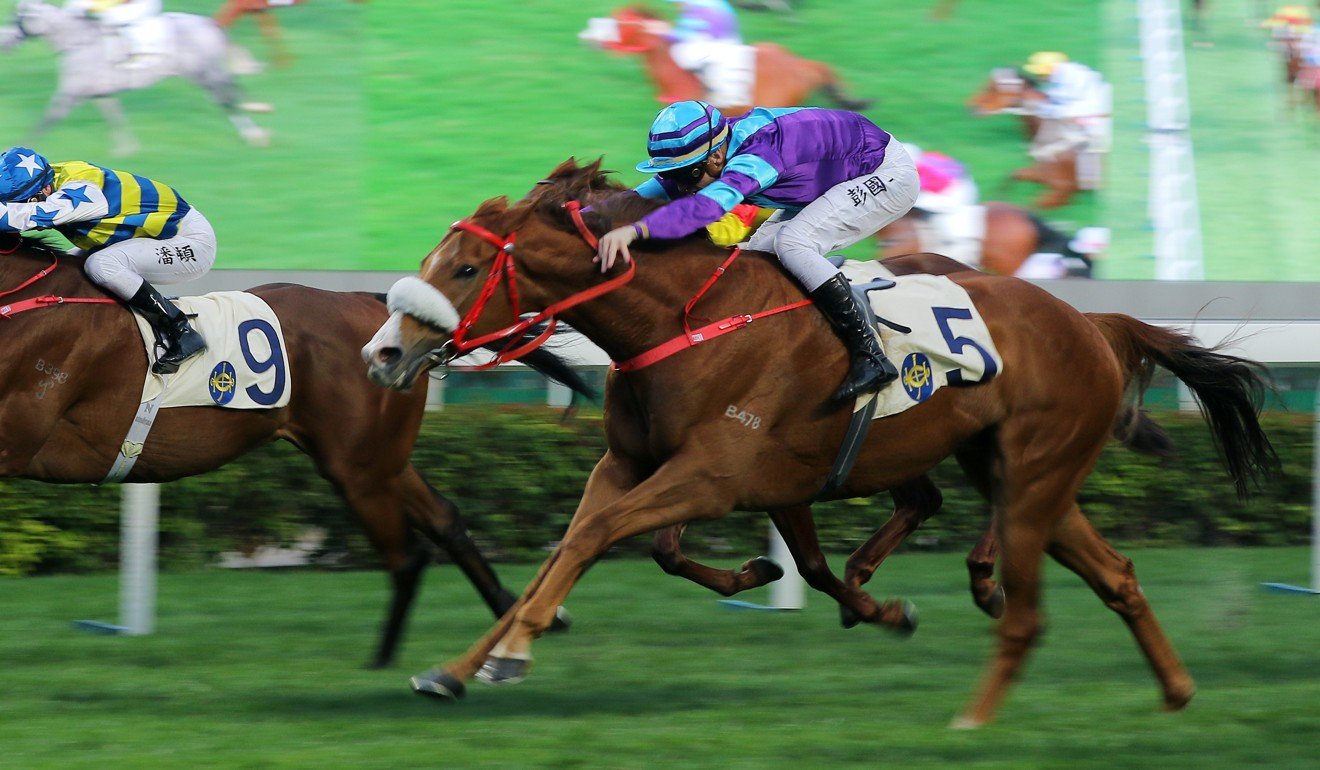 Yes it’s only early and yes it’s only a matter of days since many where asking Tony who?, but the early signs are positive that the 32-year-old will be a great addition to the jockeys’ room, even if just until his contact expires on February 26.

Piccone backs up at Sha Tin on Sunday with another four rides, including his first for John Moore, and his opportunities should only increase from there, firstly because of his flying start to life at Sha Tin and secondly because the suspensions continue to pour in.

The opportunities look to be there, and the likeable Piccone looks ready to embrace them with open arms.