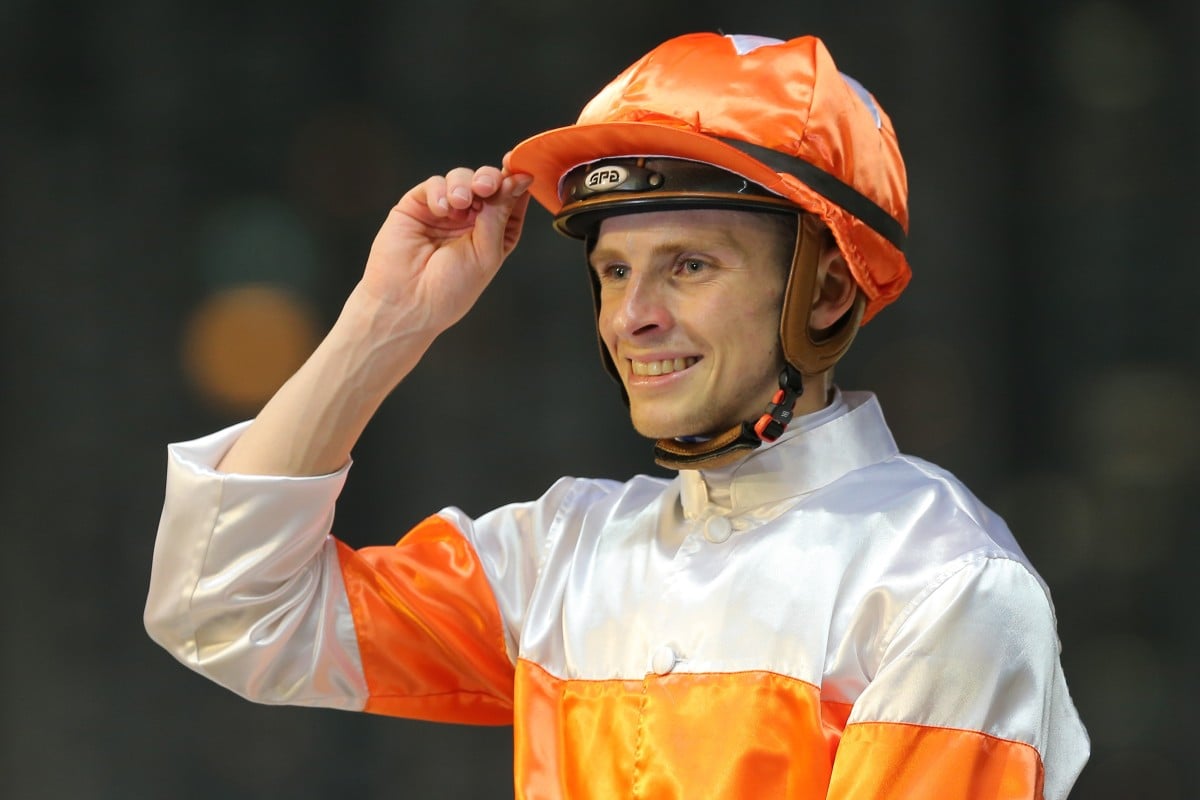 No one could begrudge the likeable 22-year-old a win aboard Kiram after what has been an incredibly tough five-month stint at Sha Tin.

Hong Kong is a fickle place and new jockeys need some luck early to get going. If the bounce of the ball goes your way, support rolls in and you are off. If not, it can be a pretty lonely place.

Grant van Niekerk got a double on the opening day of last term and never looked back while his compatriot Callan Murray, who came in at the same time, missed out and ended up leaving with just two wins in six months.

This season the best example is Tony Piccone, who snared a $25 winner and two placings (including one at $108) on his first day and is flying.

After another winner on Wednesday night, the Frenchman now has four from seven meetings. In contrast, the now departed Regan Bayliss had six winners in the seven months he rode here. Sometimes it’s just the way the cookie crumbles.

For Hewitson, an untimely two-week suspension from South Africa interrupted the start of his stint and since then he has really battled for opportunities.

In his 181 rides this season, just six have started at single-figure odds. Almost half (89) have jumped at $50 or longer, while an unfathomable 45 have gone around at triple figures. It is tough to snap out of a slump when those are the mounts on offer.

His two winners have come at $25 and $40, while he also has 17 placings to his credit, most (unsurprisingly) at big prices.

Despite the challenges, Hewitson has kept his head up and continued to work hard at trackwork while putting in the time at his computer to get better.

“I think I watched every replay 10 times over to nitpick everything, so I’ve been really critical and been improving myself and I think it’s paying off,” he told the Post on Wednesday night.

“I’ve been getting positive results from limited opportunities and it was just about remaining positive.” 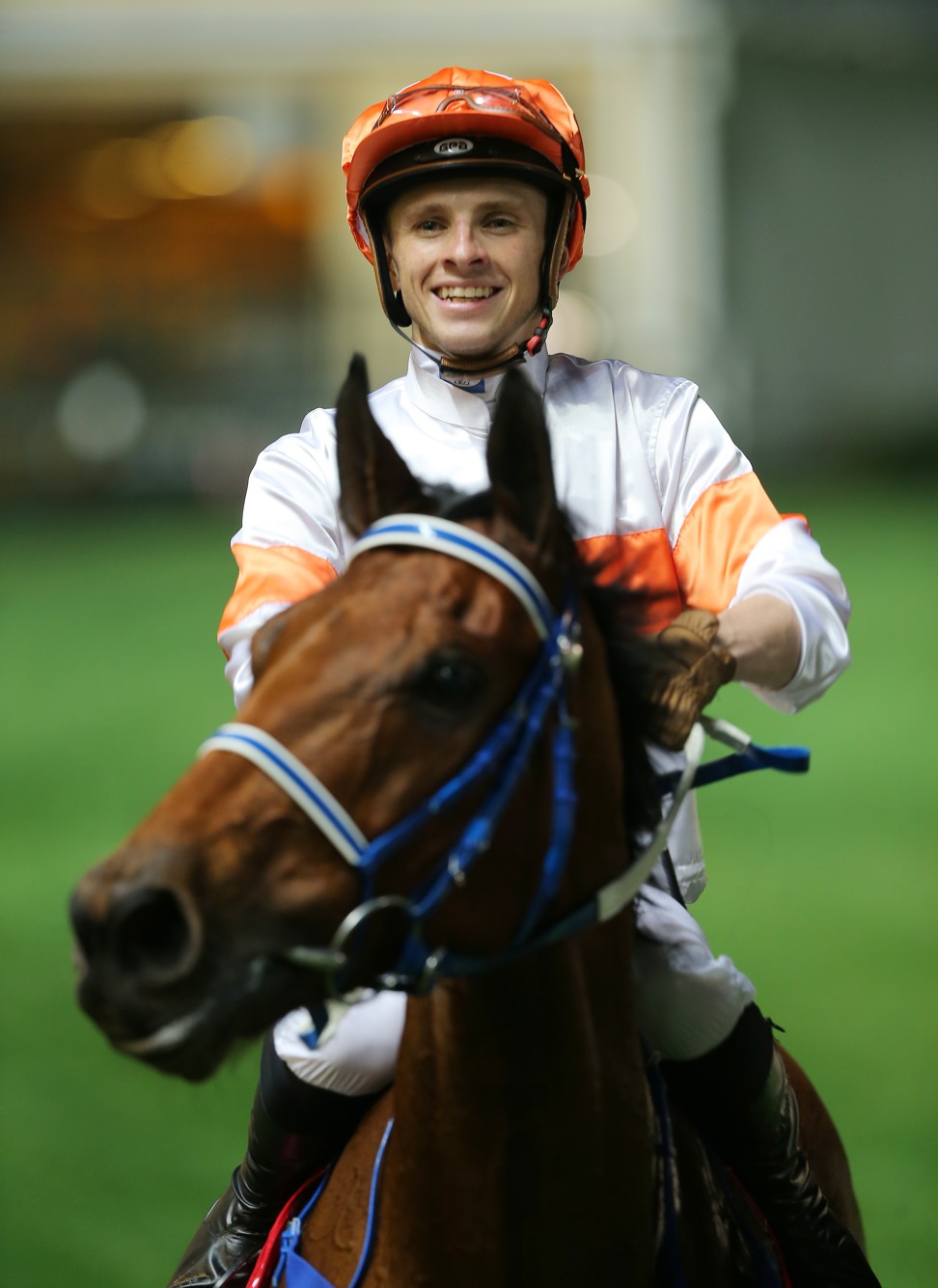 The overwhelming feedback from trainers is that they really like Hewitson, he has the right attitude and they want him to do well. The fact he has averaged 6.15 rides in the 13 meetings since the Hong Kong International Races reiterates that.

The problem is when they want to put him on a horse with a genuine chance, connections have been reluctant to give him a shot. That’s the issue with a slow start – owners are quick to brand you as “unlucky”.

Just last week, Hewitson lifted Savvy Nine to a narrow second at $43 after a clever Happy Valley ride. Despite this, it is understood he won’t be afforded the chance to partner John Moore’s potential Derby contender next time, at the behest of the owner. As trainer David Ferraris noted on Wednesday night, Hong Kong can be a “cruel place”. 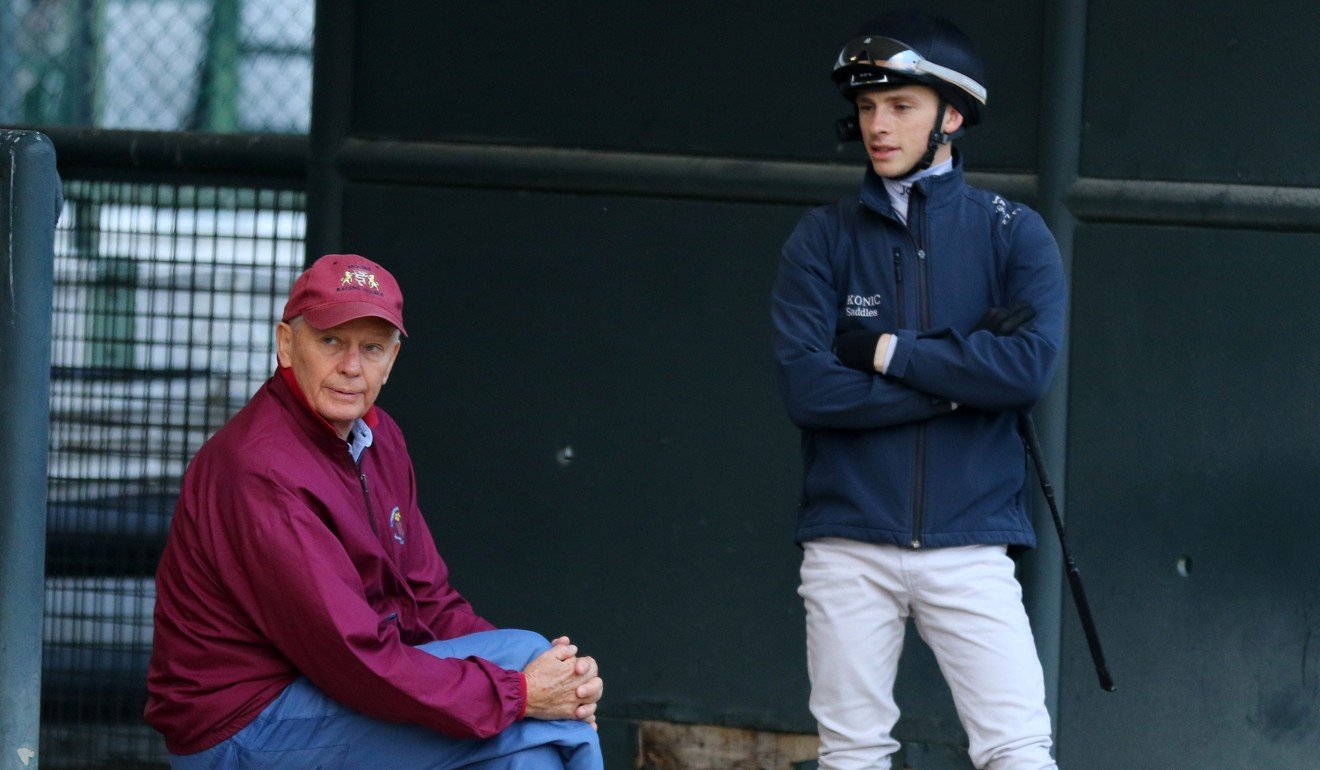 There have been reports Hewitson could head to Japan for a short-term stint after his Hong Kong licence expires on February 29.

As a two-time champion in South Africa, he clearly has the pedigree to earn a spot there and with more racing and a manager to help out, opportunities should be easier to come by. A change of scenery might do him the world of good.

In the meantime, he has another five weeks to crack in and continue to show what he is capable of in Hong Kong.

If things keep turning around, who knows what might happen. The Jockey Club still needs good riders and Silvestre de Sousa, Alexis Badel and Piccone are all set to return to Europe soon.

In any case, Hewitson can hold his head high for the way he has conducted himself in challenging circumstances.