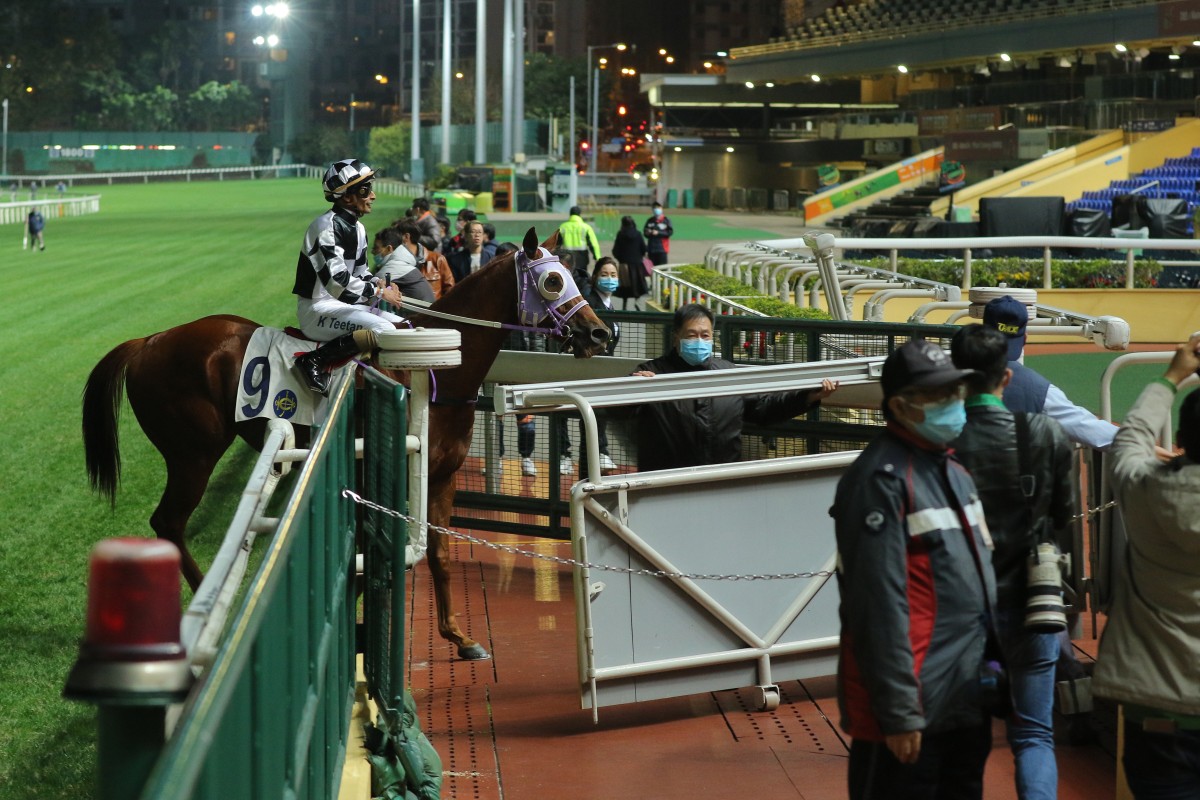 A glorified trial session, a provincial night meeting in Australia or Britain – whatever comparison you want to make, Wednesday night’s coronavirus-enforced partial lockout at Happy Valley was like nothing ever experienced at the iconic city circuit.

With the beer garden, public stand and betting halls shut down – a result of the Jockey Club’s need to put in place measures to reduce the risk of spreading the deadly outbreak – an eerie feeling replaced the usual fun and frivolity for the 4,374 (those with restaurant bookings, owners, staff and key personnel) who were allowed in.

But these are challenging times and the unprecedented response is necessary to allow the sport to continue and provide some sort of distraction. 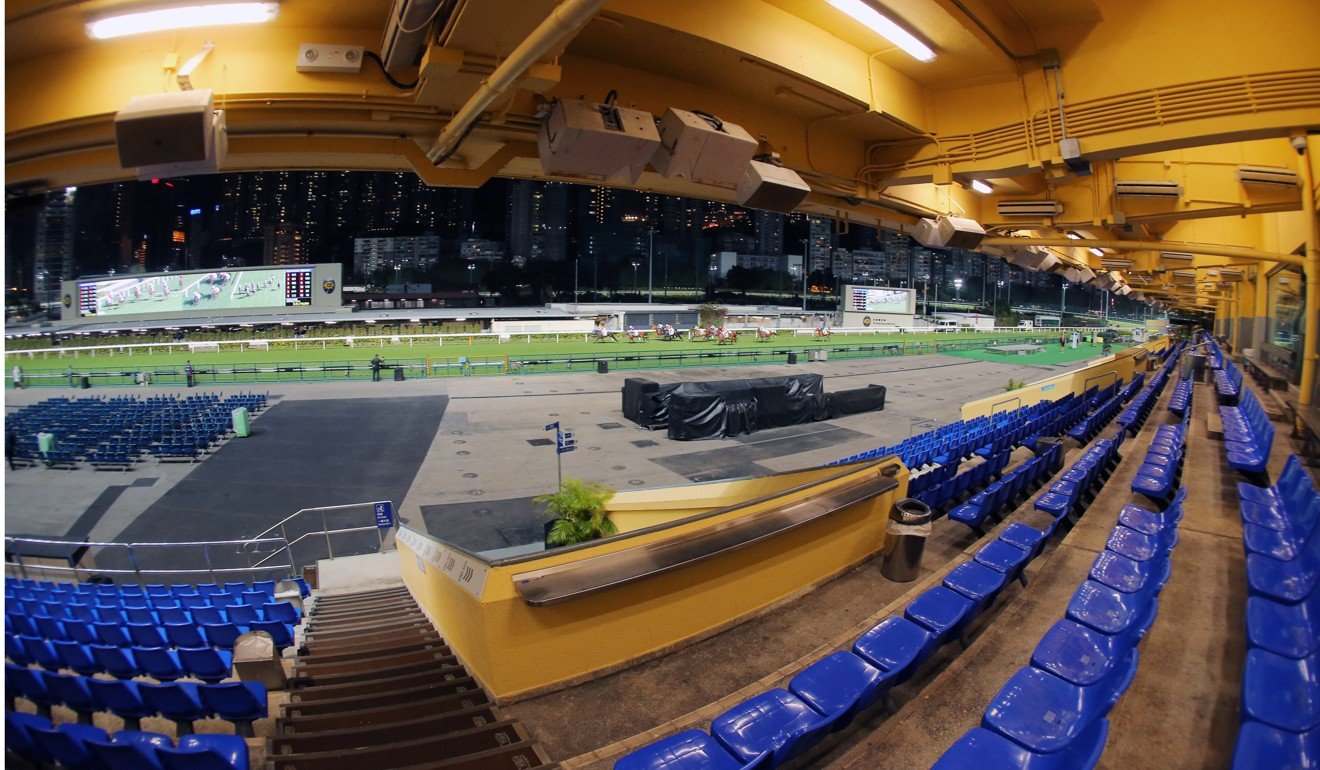 Trainer Chris So Wai-yin was certainly delighted the meeting went ahead as he snapped a run of outs that had extended to 84 when Master Albert saluted in the third race.

“The Jockey Club has done well, this is a good plan – this virus is bad,” So said. “For everyone it’s safe – let’s see how it is in a couple of weeks. Hopefully we can go back to normal.”

The relief on So’s face was clear as he secured his first winner since Zhan Jiang Rocks saluted on December 4.

“Finally,” he said. “[A drought this long] had never happened to me before, so I was a bit worried and things just weren’t going our way. When I thought a horse had a chance, we’d get an outside draw.

“Some horses in my stable are getting old and their ratings were too high, the new horses were not ready – it’s the same as a few other trainers.

“That’s racing, but we have to keep going.” 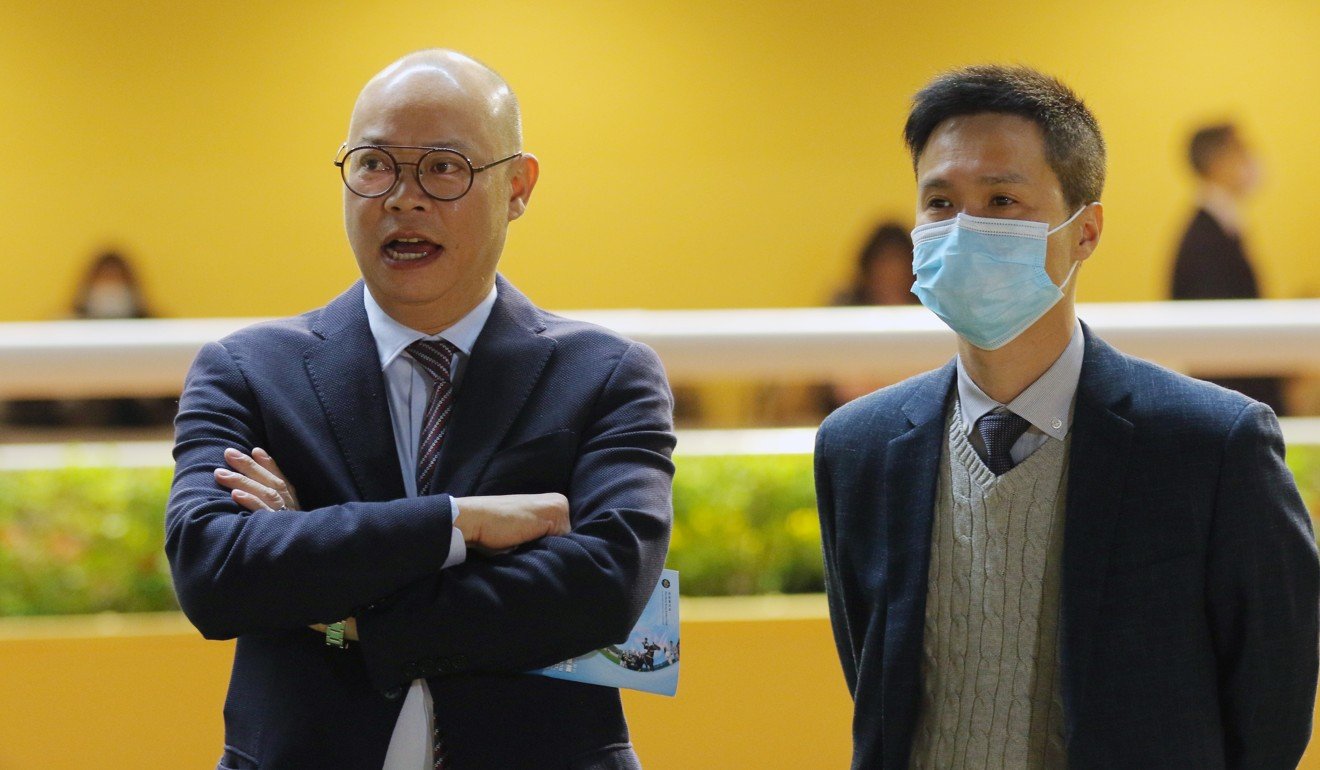 Master Albert has been a disappointing horse for connections, which include former Jockey Club chairman Simon Ip Sik-on, with just one win and nine placings in his previous 32 starts.

“The horse has been knocking on the door so we kept going. He needs things going his way – a good draw, the right pace – everything,” So said.

“Last year he had a back problem but we fixed it and he’s had a lot of physiotherapy. He’s been really sound this season and has been racing well without winning. We had luck tonight.”

It was the first of a treble for jockey Karis Teetan, who also prevailed aboard Tony Cruz’s duo California Legend and Californiadeepshot.

The latter was clearly the most impressive of the trio, leading all the way in his Hong Kong debut after winning both of his starts in Australia in smart fashion.

“He has always shown ability, right from his first barrier trials. I believe this horse has some real potential, I like him a lot,” Cruz said. “Everything about his character, it is just fantastic, he does so many things right.

He was undefeated in Australia & now he's undefeated in Hong Kong... Californiadeepshot bolts in to give @KarisTeetan a treble! #HKracing pic.twitter.com/n3g0eJlQZD

“I was surprised with how fast he got to the front and led. I knew he had the ability to lead but he got there so easily, he is just so powerful.”

Equally dominant was Jimmy Ting Koon-ho’s dynamo Amazing Star, who torched his rivals despite stepping up to Class Two for the Stubbs Handicap (1,200m).

Zac Purton, who earlier guided Shouson to success, pinged straight to the front on the five-year-old and was never headed, continuing his stunning season after injuries curtailed his first two campaigns.

That’s three wins on the trot now – each in a different grade – and Ting was shocked to see just how easily he did it in the circumstances.

Jimmy Ting's charge makes it 3⃣ wins in a row to remain unbeaten this season, giving @zpurton a double on the card. #HKracing pic.twitter.com/xlwA6Fkkf4

“It was amazing, he is a star,” Ting laughed. “I’m a bit surprised because he was a bit fat – he wasn’t as fit as last time. He still did it so easy.

“There is a race here on February 26, but I don’t know if I’ll run him or not, I need to decide with the jockey. If he’s not ready, we’ll just wait because he’s a good horse and I don’t want to hurt him.”

Star jockey Joao Moreira was the other rider to secure a double, leading home Blooming Spirit and Cinquante Cinq.