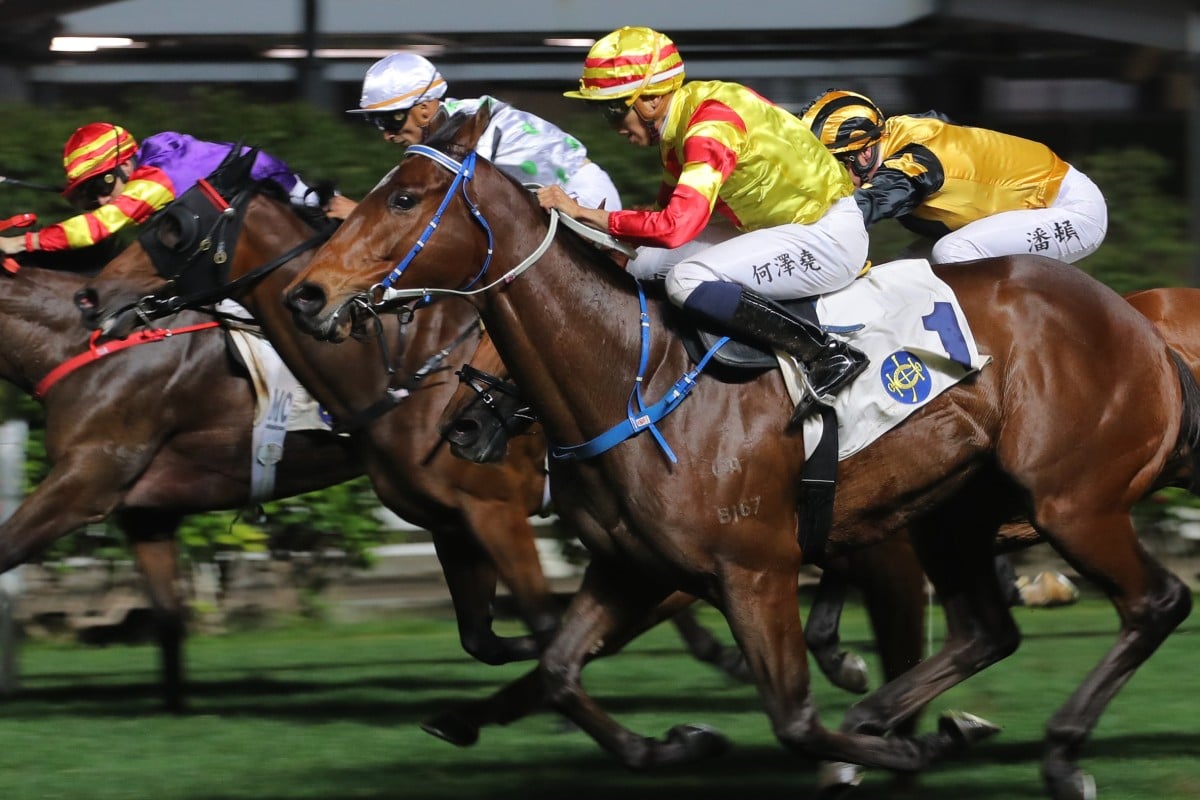 Shamport (outside) swamps his rivals to win at Happy Valley on Wednesday night. Photos: Kenneth Chan

Trainer Caspar Fownes collected his second double in as many weeks at Happy Valley and hailed 21st century technology as handlers are forced to get inventive after being locked out of the Jockey Club’s Conghua facility due to the coronavirus.

Fownes’ much-improved five-year-old Shamport is one of the success stories from the mainland training centre and he saluted once again at the city track under a confident ride from Vincent Ho Chak-yiu in the Class Four To Kwa Wan Handicap (1,200m) on Wednesday night.

Trainers and jockeys have been unable to visit Conghua for several weeks now to avoid being placed in a 14-day quarantine upon their return to Hong Kong, but that has not stopped the movement of horses between the two locations.

As a result, Fownes said he has been forced to rely on his staff in the mainland to provide constant updates via WhatsApp to prepare his horses for the races.

“I have got my staff over there, they are very good and do a great job,” he said. 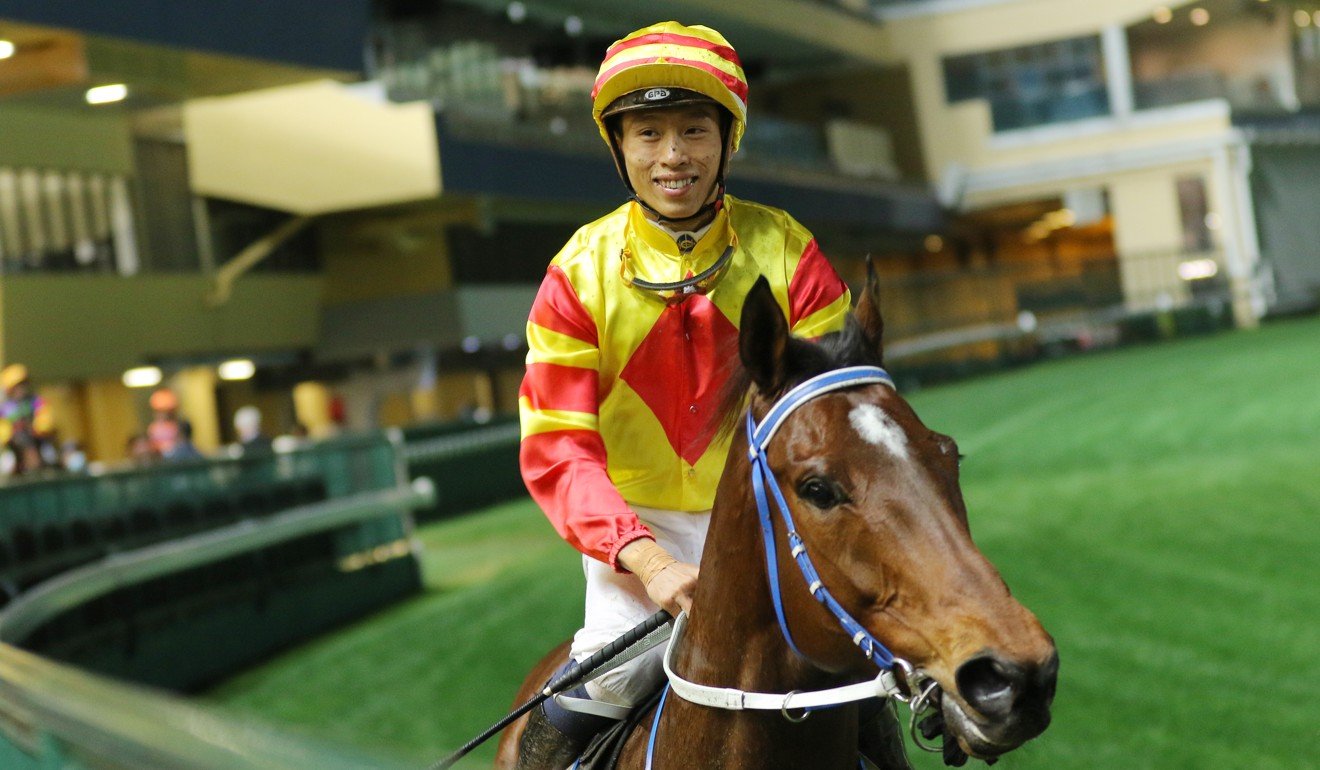 “My assistant from Hong Kong is there, my head lad, we have a good bunch of boys riding work for us, and the stablehands and the mafoos are good.

“I am happy with it all, you get that many WhatsApp messages a day from there, it is like being there.

“You get the trot-up videos, galloping videos, the timing and we get a heap of information.

“You can sit back here and control your stable nicely. The main thing is having someone you trust up there, which I do so I am happy.”

Shamport completed a race-to-race double for Fownes, who has solidified his standing as the “King of the Valley” in 2020 with his last nine winners coming at the unique track.

It was Tangmere who opened the account in the Class Four Ma Tau Kok Handicap (1,650m) after 19 starts in Hong Kong.

Formerly trainer by Chris Waller in Australia, Tangmere arrived with a rating of 77 in 2018.

The five-year-old was given a well-timed ride from Zac Purton to break through for the victory.

With his rating sliding to 55, Fownes hoped Jockey Club handicappers would keep his galloper in Class Four for one more race.

“He should only get five points and stay in the grade, hopefully get the chance to win another race,” he said. “It was nice to see him win, it has taken a long time because he has had his issues.

“You never give up in Hong Kong, I have taken over many horses that are 30 and zip and then they get a record of five or six wins, it is one of those things that happens here. 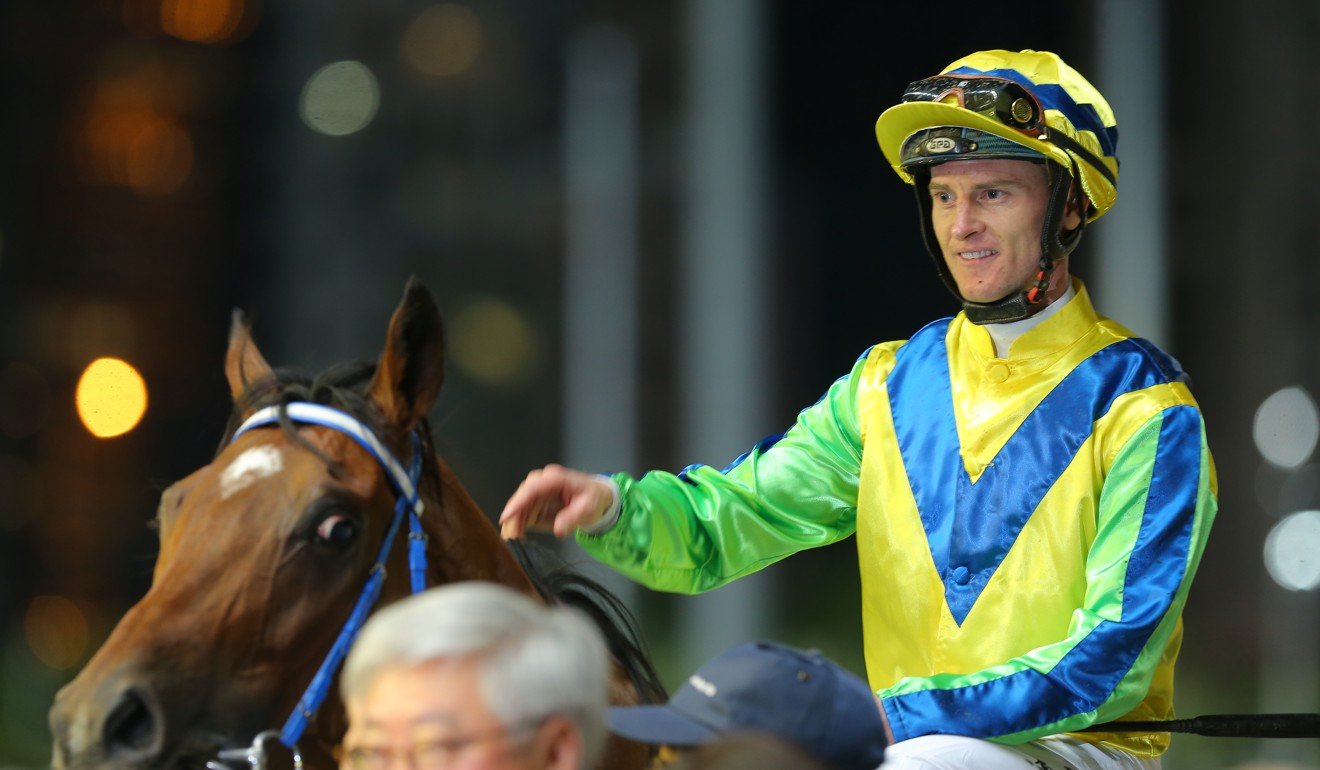 “They come here at the top of Class Three and it takes time to settle in, then they have issues, so now he is starting to do his job.”

The five-year-old was forced into an extended break last season with a leg injury but has now strung together back-to-back wins at Happy Valley.

“Before the race we discussed going forward and when he jumped, no one wanted to lead. It worked out for us. 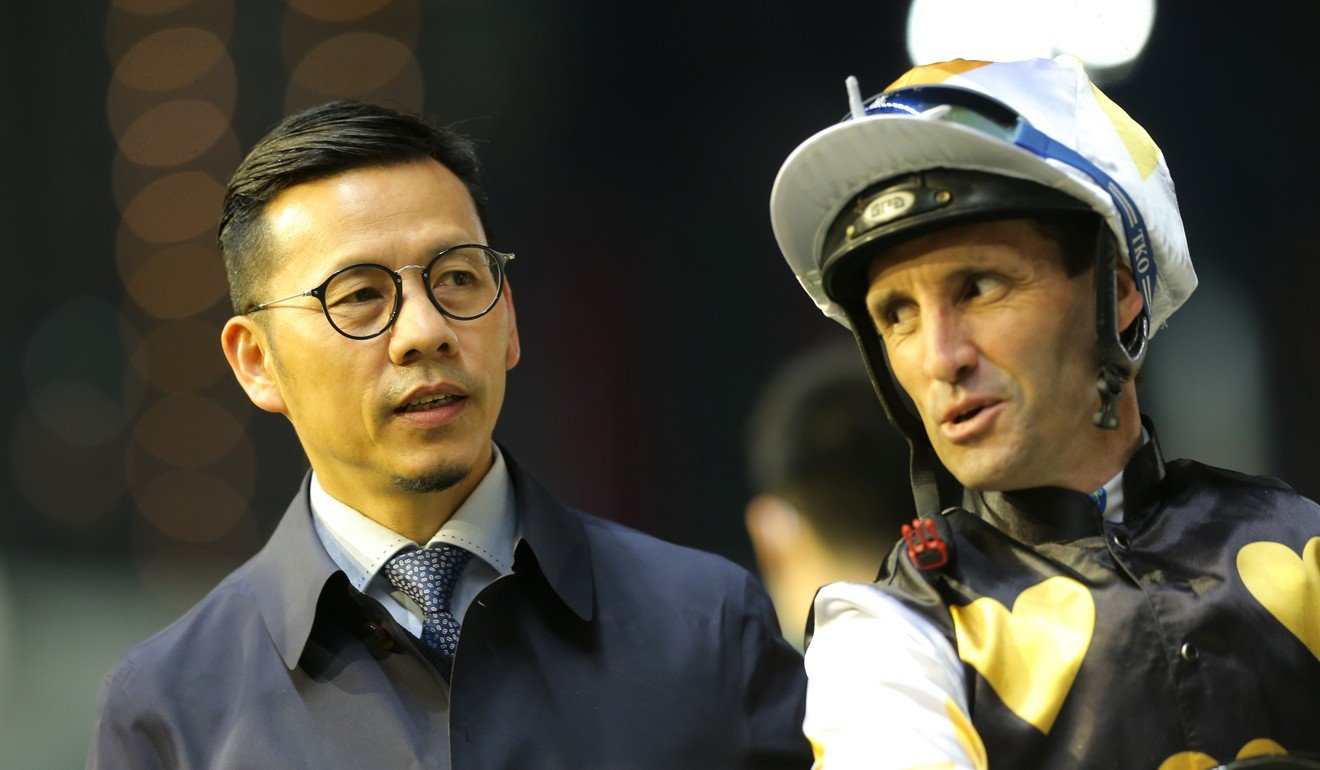 “I think [he can handle the step up to Class Two], but maybe we will give him a little bit of time because the horse has tried really hard these last few races.” 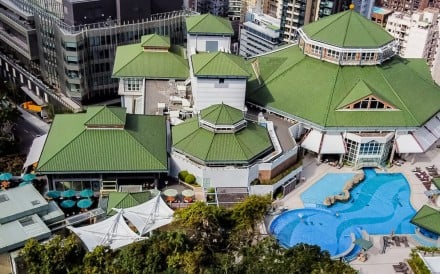 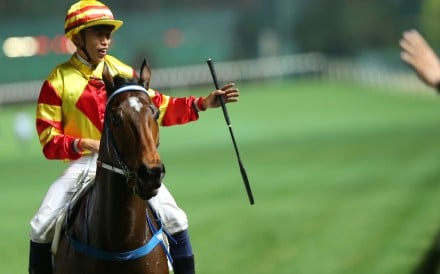 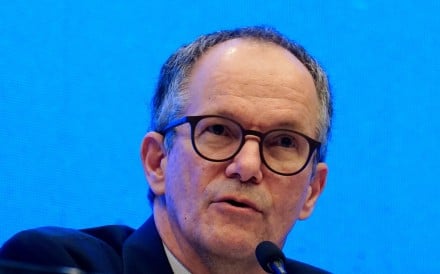 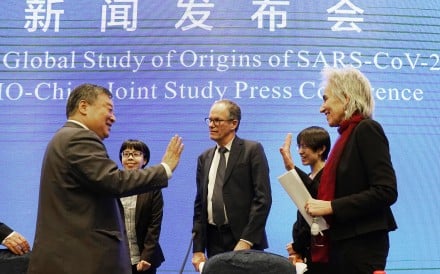 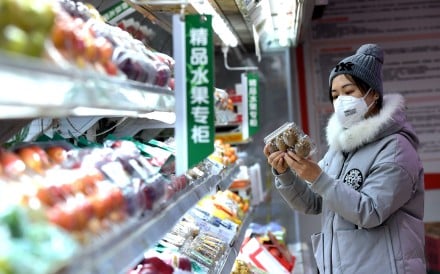 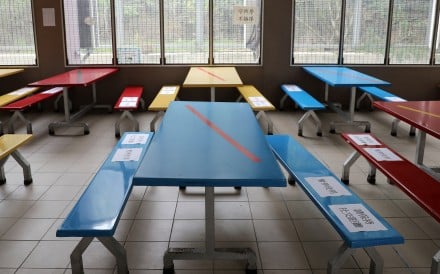