The five-year-old responds under pressure – and carrying the top weight – to capture the Class One Chek Lap Kok Handicap (1,200m) at Sha Tin on Sunday 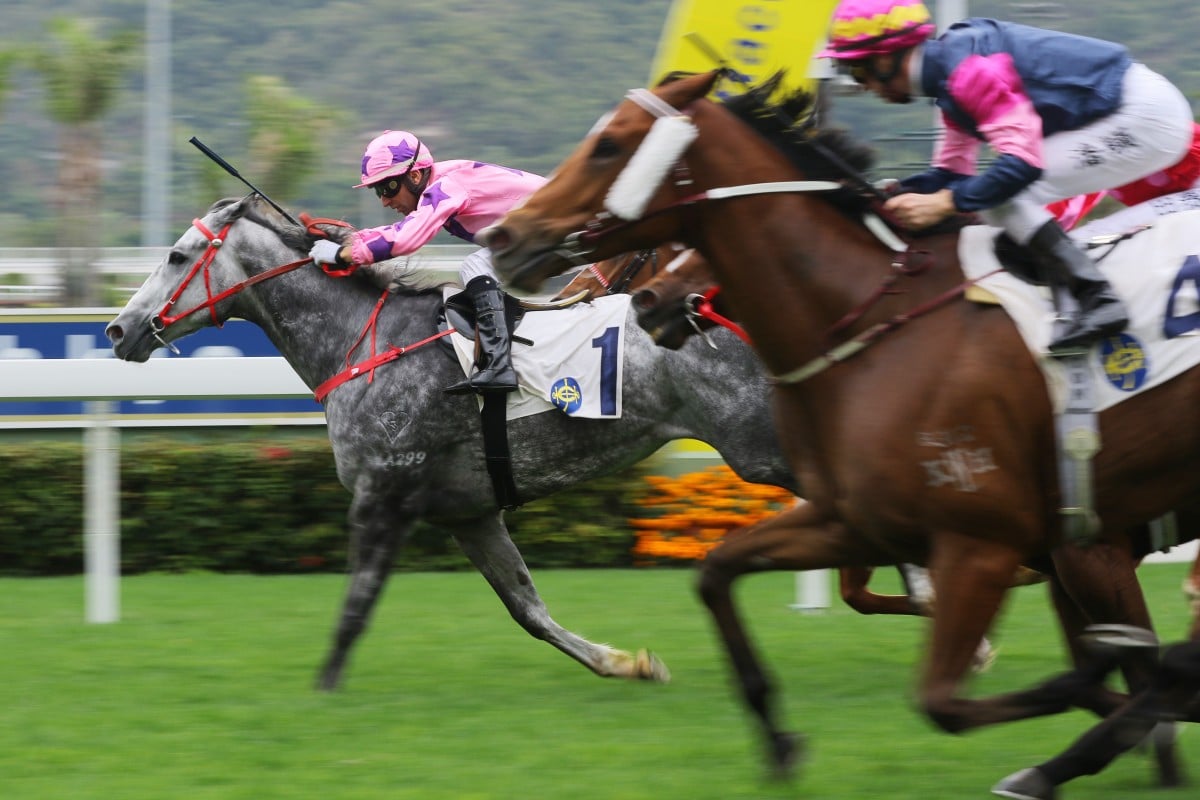 Hot King Prawn holds on to salute at Sha Tin on Sunday, with Thanks Forever flashing home into second. Photos: Kenneth Chan

Hot King Prawn has been a bridesmaid for much of the season, but on Sunday John Size’s sprinter produced under pressure as Thanks Forever staked his final claim for a trip to Dubai.

The grey speedster, who started favourite in the 2018 Hong Kong Sprint, defied the top weight in the Class One Chek Lap Kok Handicap (1,200m) at Sha Tin to secure his first win of the term, holding off a late challenge from the John Moore-trained gelding.

In a race that was basically a Group One handicap – five of the seven runners are likely to line up in next month’s Chairman’s Sprint Prize – the result augurs well for Hot King Prawn as he heads in that direction.

The five-year-old had placed in all four of his previous starts this season – behind the likes of Aethero, Beat The Clock and Beauty Generation – which is particularly commendable given he went 11 months between races after colic surgery.

Hot King Prawn enjoyed a terrific run in transit after star jockey Joao Moreira settled him in the box seat, but he had to dig deep in the straight.

The favourite Big Party loomed up next to him and looked set to shoot past, but Hot King Prawn showed his toughness, rallying to urge himself across the line first while Frankie Lor Fu-chuen’s talented type dropped out to finish fifth.

Size opted to run his gelding over 1,400m for the first time last start in the Group One Queen’s Silver Jubilee Cup and he thinks that was crucial to Sunday’s result.

“He wouldn’t have won this if I didn’t run him because he needed to be tough for it, carrying weight,” Size said.

“So there’s a bit of a balancing act there – the horses have got to be tough but they need to get over the race.

“Today, back to handicap conditions was suitable and the track is not so fast, so I think he enjoyed all that.

“Normally, a horse struggles to regain form [after colic surgery] but I don’t think he’s lost anything through that, he’s gone on with the potential he’d shown before this season. He’s run into Beat The Clock and he’s a very aggressive racehorse – it’s hard to beat him on his day.” 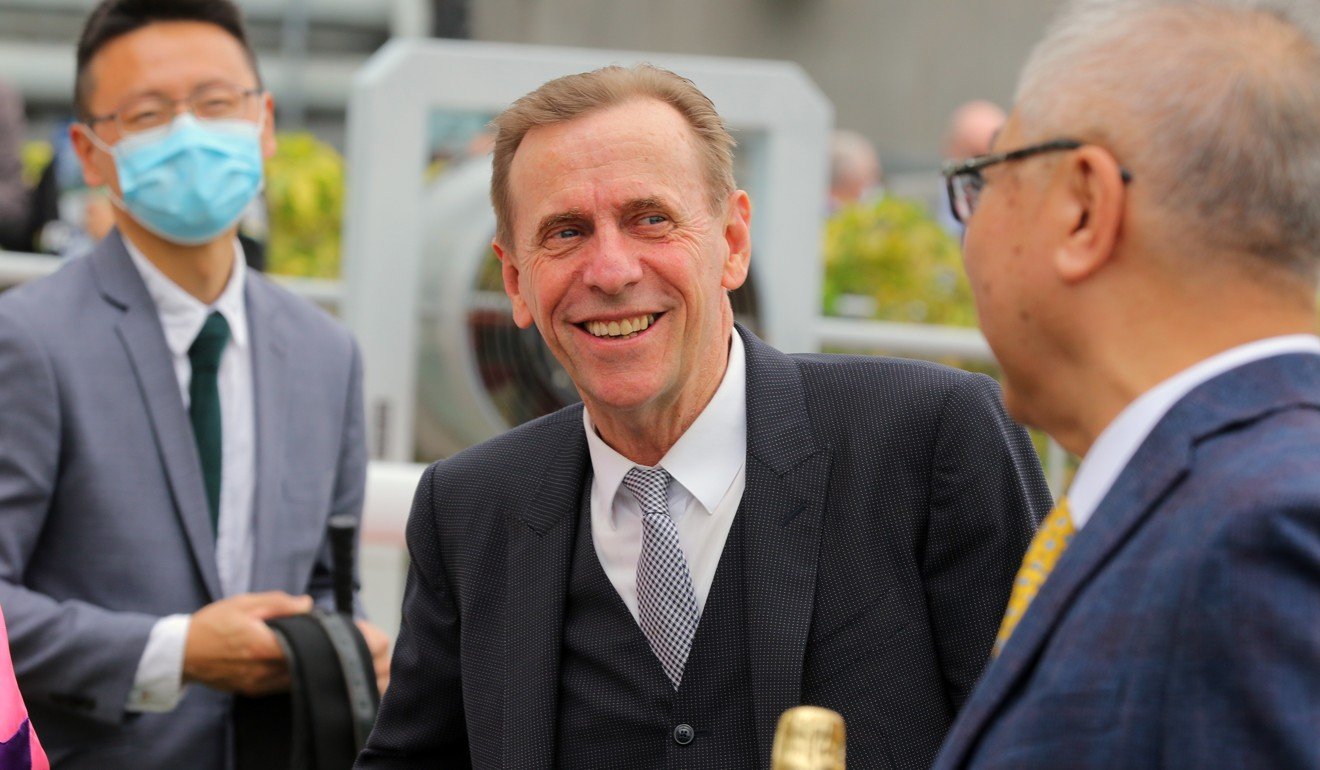 Hot King Prawn is set to clash with his stablemate again in the Group Two Sprint Cup on April 5 before the Chairman’s Sprint Prize.

“Two more [races] at set weights looks a little more simple but he still has to hold his form for the rest of the season,” Size said. “He’s had a quite a bit of racing and he doesn’t run badly so he never gets a rest.”

Luck also played a role in Hot King Prawn’s victory as runner-up Thanks Forever was slow away and settled last, a position he is not accustomed to.

Zac Purton took his medicine and waited until the straight to press the button and the four-year-old responded with the fastest 400m of the race, coming home in a slick 21.56 seconds.

Thanks Forever remains entered for the Group One Al Quoz Sprint at Meydan later this month, but the final decision on whether to jump on a plane rests with his owners.

“I think we would’ve beaten Hot King Prawn if we jumped and had been able to settle a little bit closer,” Moore said.

“It was encouraging [for Dubai]. You can’t do any better than that, half missing the start and then closing off with the best last 400m.

“I’m happy with the run, but I’ll have to chat to the owners. There’s three of them, they’re all in there 80s, so we will have to sit down and sort it out.”

Hot King Prawn’s win was the first of a double for Moreira, who also saluted aboard Me Tsui Yu-sak’s Fantastic Show.

But it could have been a monster day for the Magic Man, as he also had an astonishing six seconds on the card.

“When you are running second, it is a good [thing] because eventually, those horses end up winning races,” said Moreira, who has 84 wins for the term, seven more than Purton.

“It means I am doing the form right, I didn’t win as many as I would like but I still have to go home very happy.” 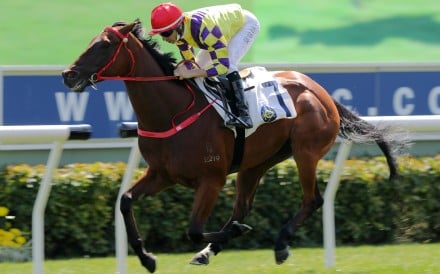