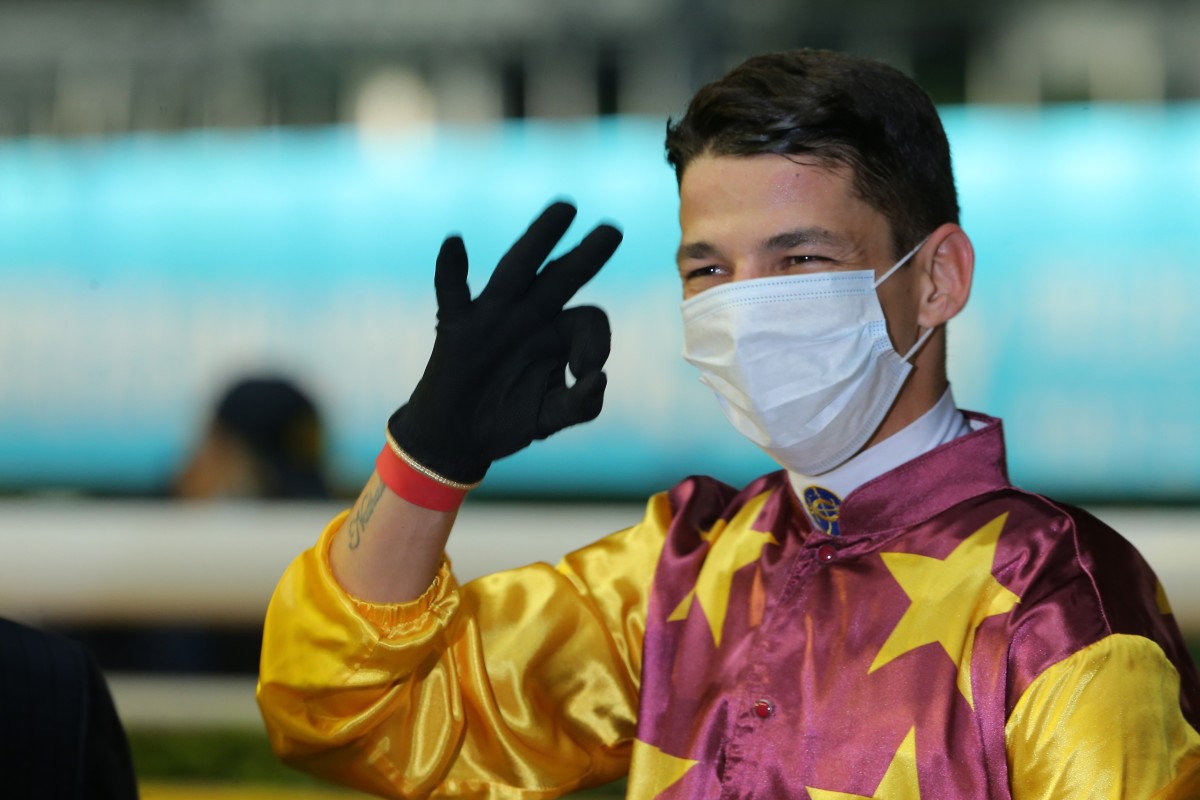 The Jockey Club decided to keep Vagner Borges and Karis Teetan isolated from their fellow riders on Wednesday night after spending time overseas recently, but the move didn’t stop either of them from securing milestone wins.

Given the evolving coronavirus landscape and new quarantine restrictions in place across the globe, more precautions were put in place at Happy Valley to ensure racing can continue and despite not showing any symptoms and passing every test, the two were separated to reduce any risk.

The recent spike of infections in Hong Kong is a result of people spending time in other countries and bringing it back to the city and the Jockey Club is determined to stay vigilant – the two wore masks when they weren’t on the track and also practised social distancing.

But despite having to obey different rules and each of them being in their own locker rooms away from their rivals, it didn’t affect their performances.

The 26-year-old rode at five meetings at the end of last season in his first taste of Hong Kong racing and only kicked off his second stint – a three-month one – at Sha Tin on Sunday.

The all-the-way win came at his 43rd ride and he was delighted to get that monkey off his back.

“I just want to say thank you to the trainer for giving me the opportunity, I’ve waited a long time for this and I want to thank the Jockey Club,” Borges said.

“My dream was always to come to Hong Kong and to have a winner here, I’m very happy.

“I studied the race a few times and I made sure the horse went to the front.”

That was the plan Tsui put in place and he was pleased with how the Brazilian went about it. 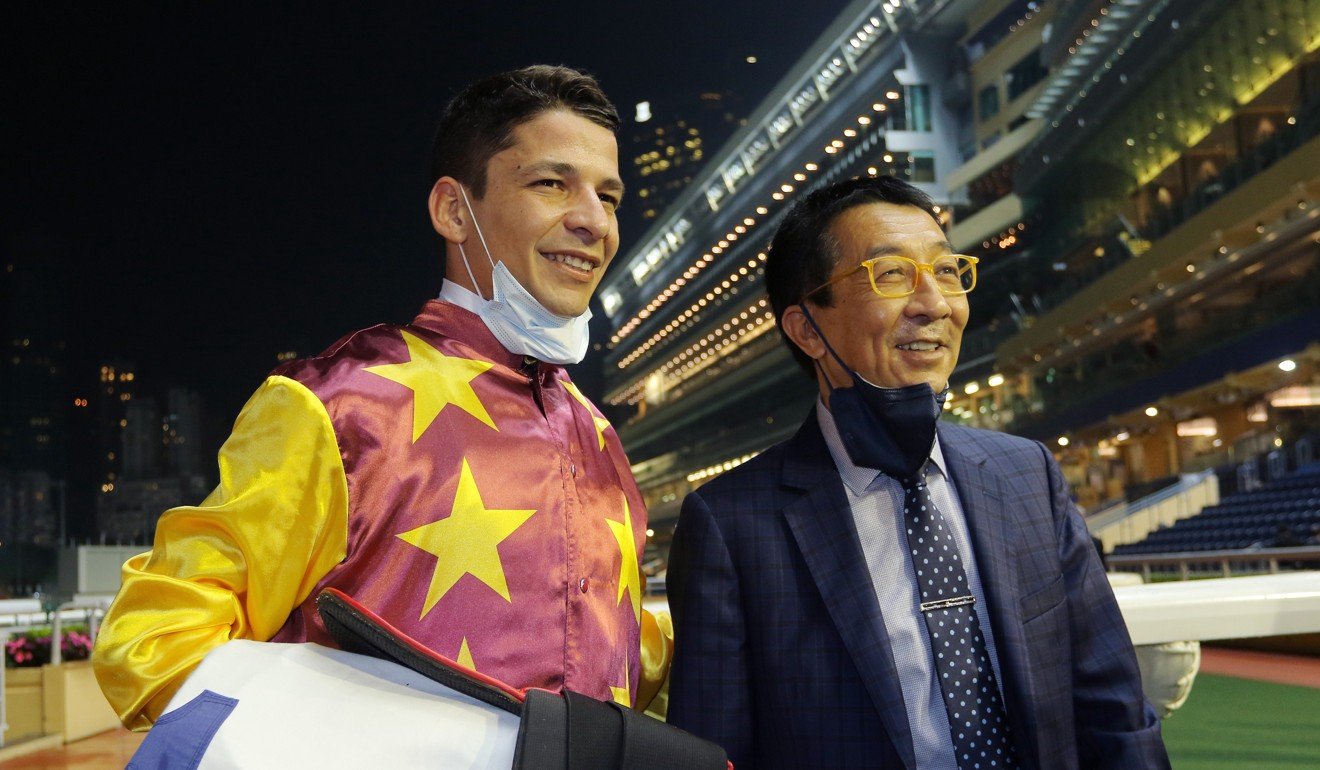 “The horse is mature this season, he saves his energy by not going too quick the first 800m,” the trainer said.

“Vagner was very clever when [Frustrated] went close to him but he stayed at his own pace and did well. I like him, he’ll keep learning about Hong Kong racing and improving and I will keep supporting him.”

Teetan, who spent some time in Dubai when he was suspended last week, got his winner when he lifted the Chris So Wai-yin-trained Exceptional Desire across the line in the Class Four Osmanthus Handicap (1,200m), his 50th of the season. 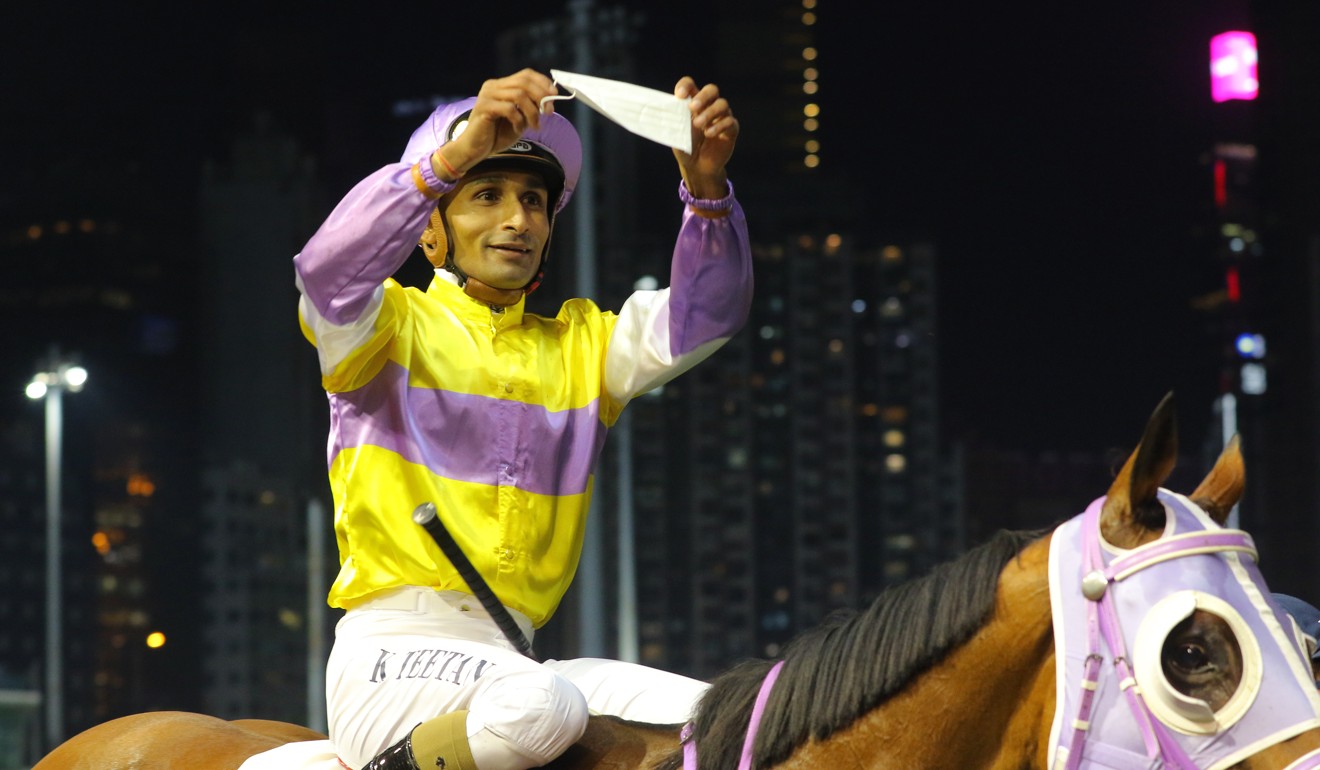 The Mauritian is third in the jockeys’ championship, but snapping hot on his heels is leading local Vincent Ho Chak-yiu, who collected a double on the night.

Ho, who rides the favourite Golden Sixty in Sunday’s BMW Hong Kong Derby, tuned up for the big day by prevailing on Alpha Hedge (Francis Lui Kin-wai) and Happy Good Guys (Ricky Yiu Poon-fai) to take his season tally to 46.

The latter took out the feature, the Class Two Begonia Handicap (1,200m), bouncing back to form after everything went wrong in the build up to his previous run.

Amazing Star dislodged Purton in training and took off to run an extra lap and then burst through the front of the gates before the start. He was reloaded and eventually finished seventh.

But everything went to plan on this occasion, sitting second in running before going on to collect his fourth win from his past five starts.

The win takes Purton to 85 winners for the term, just two behind the leader Joao Moreira. 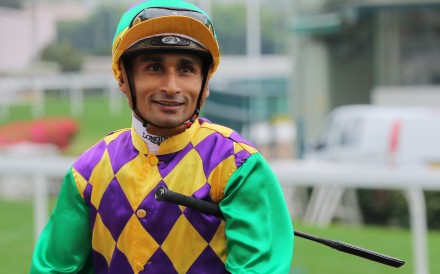 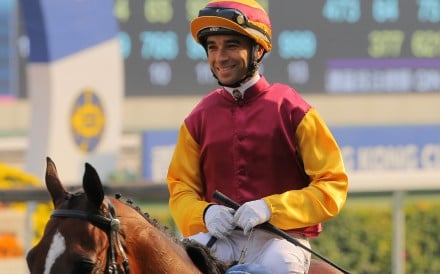 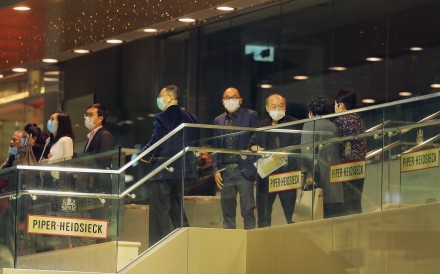 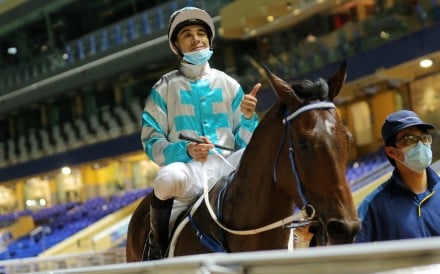