The John Moore-trained three-year-old returns to the Valley 1,000m for a hot Class Two dash on Wednesday night 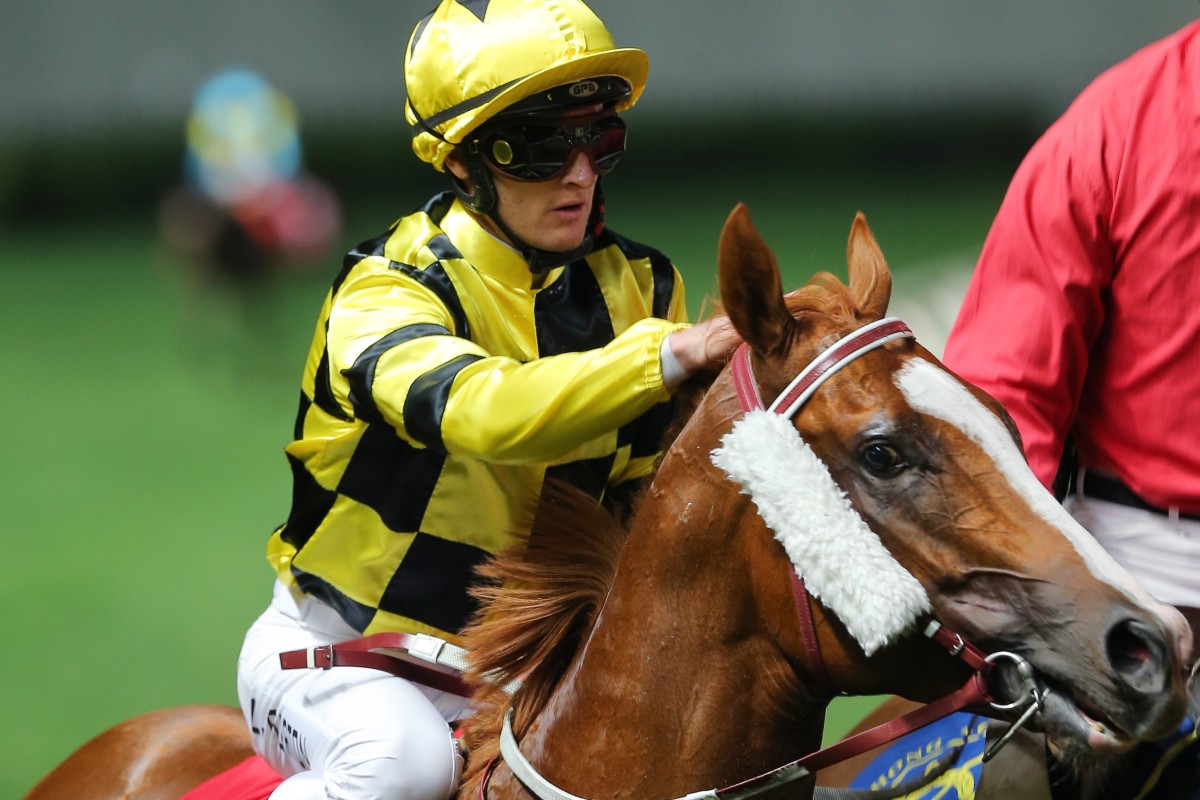 Stronger set the 1,000m track record last time he raced at Happy Valley and Zac Purton thinks the John Moore-trained three-year-old will have to produce a similar effort to win a hot Class Two Hing Man Handicap at the city track on Wednesday night.

Stronger clocked 56.11 seconds when prevailing in Class Three in February and returns to the Valley after a midfield finish at Sha Tin last time out.

“Hopefully he can bring his best again and run another track record, or near enough to it – he’s probably going to have to,” Purton said.

“He was a little bit below par last time but getting back to the Valley where he’s put in his best performance, and drawn a nice gate, I think suits him.”

Stronger will jump from barrier four in a race featuring the likes of This Is Class, Winner Supreme and Hong Kong Bet.

“I worked him [on Monday] and he actually had a bit of a blow so he’s obviously enjoying his tucker and enjoying his work,” Purton said of Stronger. “It’s a strong race and he’s in with a chance.”

The Francis Lui Kin-wai-trained This Is Class is looking to make it three wins on the trot, and four from his last five starts, and Purton believes the zippy son of So You Think is the one to beat. 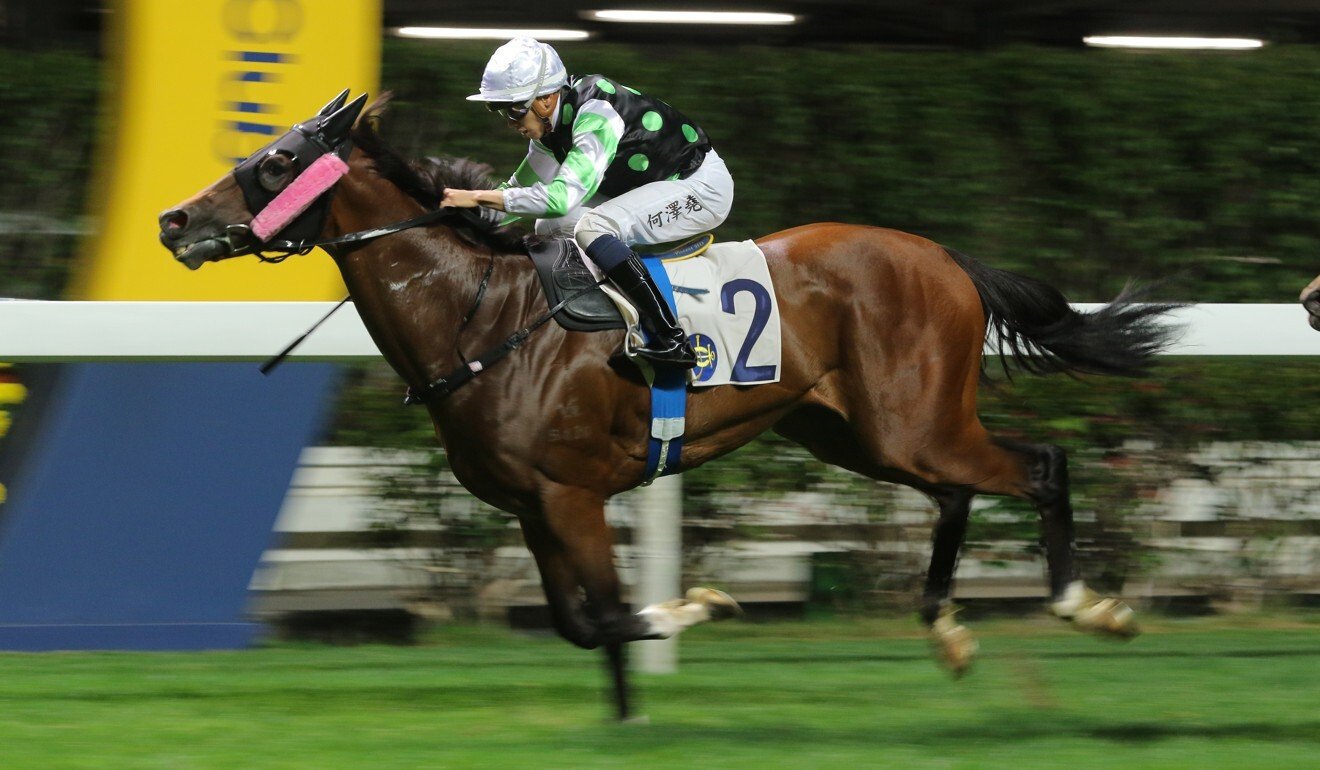 “He’s got plenty of gate speed and in a race like this where there looks like there is going to be a lot of pressure, being able to just camp off them is going to be the right spot,” he said.

This Is Class steps up into Class Two for the first time and will also have to negotiate a step back in trip, with all four of his career victories coming at 1,200m.

Stronger carries a pound less than the 131 he lugged during his record-setting effort in an extended ratings band Class Three and is one of five runners on the night for Moore, who also saddles up Happy Warrior, Beauty Amigo, Larson and Laos Enlightenment.

Happy Warrior is working his way towards another win and heads into the Class Four Yiu Tung Handicap (1,650m) on a mark of 57, which is only one point higher than he was rated when saluting first-up this season. 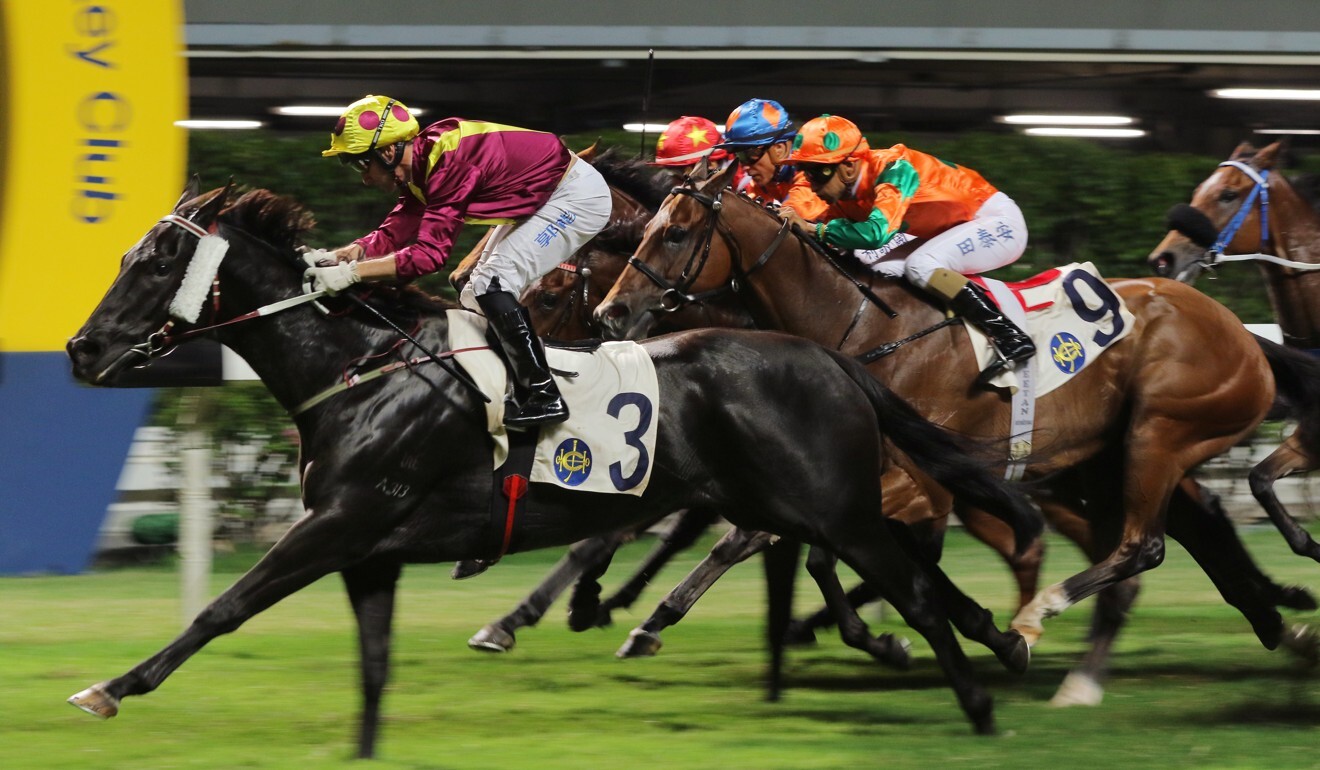 Neil Callan partners the six-year-old from gate six and is eager to see what the horse can produce after his last-start second at the course and distance from barrier 11.

“It was a very good run, obviously he had a bit of a difficult draw to manage that day and he just had to sit back a little bit,” Callan said.

“When [eventual winner] Best Alliance looped the field and got going, I just had to wait for a couple to get out of my way and he finished off strongly so, in the context of the way the race was run, it was a very good run.

“He’s got plenty of speed. The horse is in really good form and he’s racing very well and I think he can nearly win again.”