After a deadly strangles outbreak delayed his arrival in Hong Kong, the lightly raced five-year-old finally delivers on his potential at Happy Valley After getting caught up in a deadly strangles outbreak and being trapped in quarantine for six months, a patient David Hall finally hit the target with promising galloper Good Shot on Wednesday night.

It was only the five-year-old’s second start, but he’s endured a tough initiation to life in Hong Kong, so the result was one for perseverance.

Good Shot was stuck in New Zealand for far longer than originally planned – while he never tested positive, he was stuck in the quarantine process the whole time – and it made a big impact physically.

After finally arriving in his new home, he flashed some ability in his early trials and was sent out a $4.50 chance on debut in November, but didn’t handle the hard ground and pulled up very sore. He hadn’t raced since.

But the investment of time paid off for Hall as Good Shot stormed over the top of short-priced favourite Super Alliances to take out the Class Four Wan Tsui Handicap (1,200m) at a juicy $46 for Matthew Chadwick.

“He was supposed to be here in July [2018] but he was delayed for six months and everything just went pear-shaped. He became pretty soft-boned and he hit a hard track at his first run, jarred up everywhere and fell to pieces,” Hall said.

“It sounds a bit strange for a five-year-old horse but it happens in Hong Kong. He’s had a couple of trials on the dirt where he got galloped on and it didn’t look as impressive as it did for his first run.

“He was going to run on the dirt because we’re trying to look after him with the hard tracks, but he didn’t get in so we tried Happy Valley. Zac [Purton] jumps off, he’s never been to Happy Valley before, the trials didn’t look as good and then he’s 50-1. 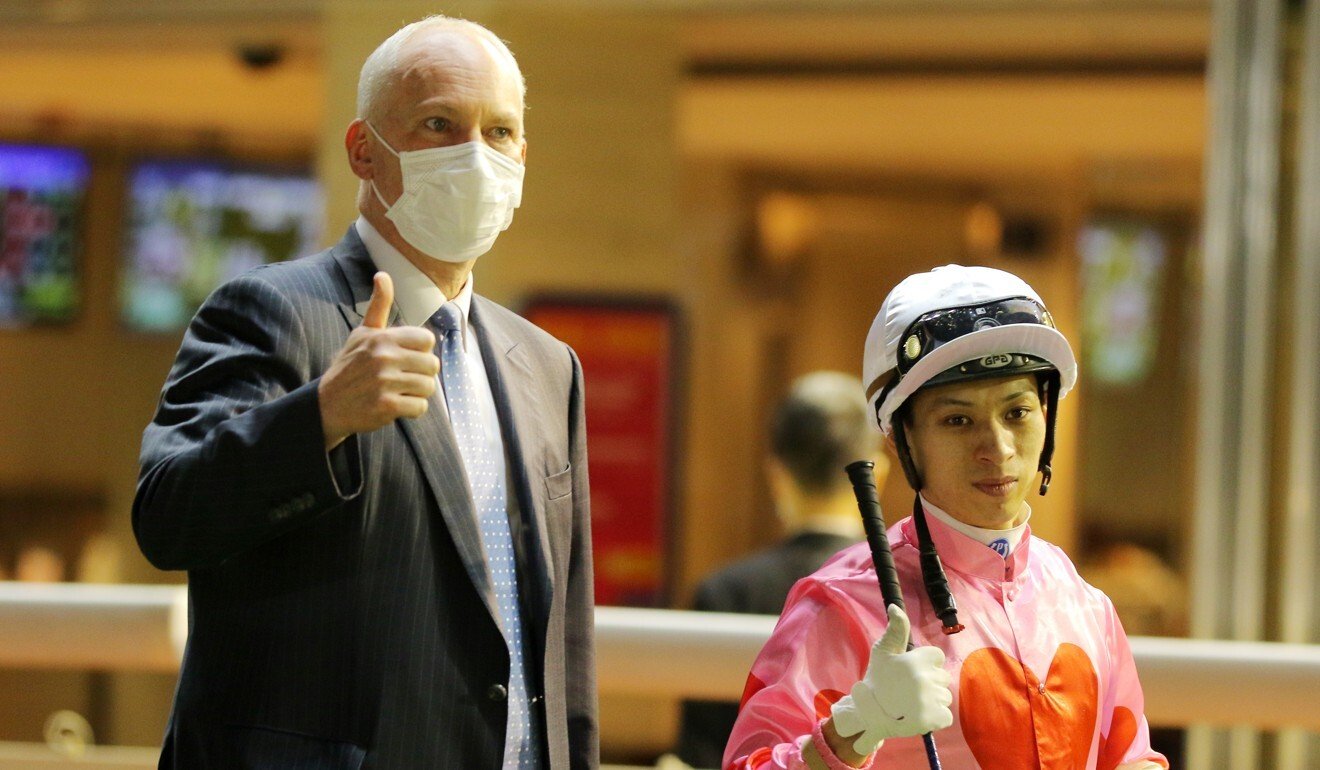 “I still expected him to run well without having the confidence he was going to get it 100 per cent right. He’s always shown the potential obviously, so it was not a surprise to see him win.

“It was probably the last month he’s become strong again. It’s amazing how long it’s taken but that run really hurt him. He had another trial after that, Zac rode him and said he felt terrible. We had to back off again. It’s just taken time for him to toughen up and handle the stress of Hong Kong.

“He will get a lot of confidence after that and I think there’s no doubt he’ll run 1,400m, possibly even 1,600m, so hopefully there is more to come.”

The most impressive performance of the night came in the form of Francis Lui Kin-wai’s This Is Class (Vincent Ho Chak-yiu), who handled the step up to Class Two with aplomb in the Hing Man Handicap (1,000m).

This Is Class shows his class and makes it three consecutive wins for @Vincenthocy & Francis Lui! #HKracing pic.twitter.com/SsfyrOnGMA

The five-year-old did it tough too, trapped three-wide without cover, holding off the fast-finishing Loving A Boom and Hong Kong Bet. He has now won three on the trot and five of his past seven.

“I didn’t think he could be that fast,” Lui said. “I wasn’t that confident because he drew barrier 10 – I thought he was a place chance. The main dangers were all drawn inside.

“He has still got improvement in him. If you look at how he ran, he can still go further.

“He’s a very exciting horse. He had a leg problem – a tendon injury – and we had to rest him for a long time. Luckily he’s recovered and he’s reaching his potential.”

The result ensured Lui remains one win behind Ricky Yiu Poon-fai in the race for the trainers’ championship after the latter tasted success with Focus (Karis Teetan).

In a more sombre situation, the sting of Grant van Niekerk’s sudden sacking on Monday after a domestic incident would have been felt a little more as two of the rides he vacated saluted.

The latter was ridden by Chad Schofield, who continued his excellent recent form, with Larson’s win completing a double after taking out the opener for Jimmy Ting Koon-ho’s Shadow Breaker.

Australian Blake Shinn notched his 10th winner of the campaign by guiding David Ferraris’ Bear Again home in the seventh event while Douglas Whyte and Joao Moreira combined for their second victory together when stable transfer Simply Fluke won the fourth race. 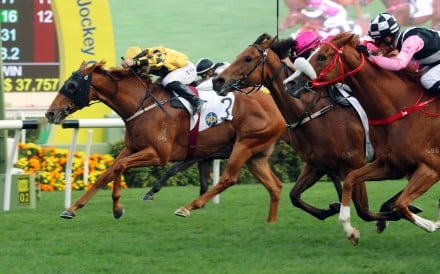 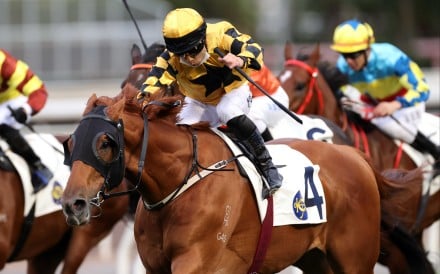 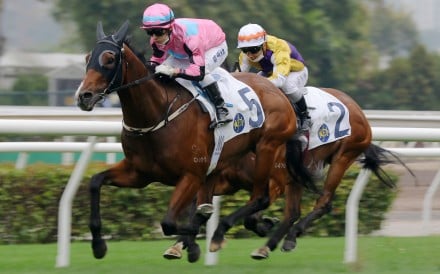