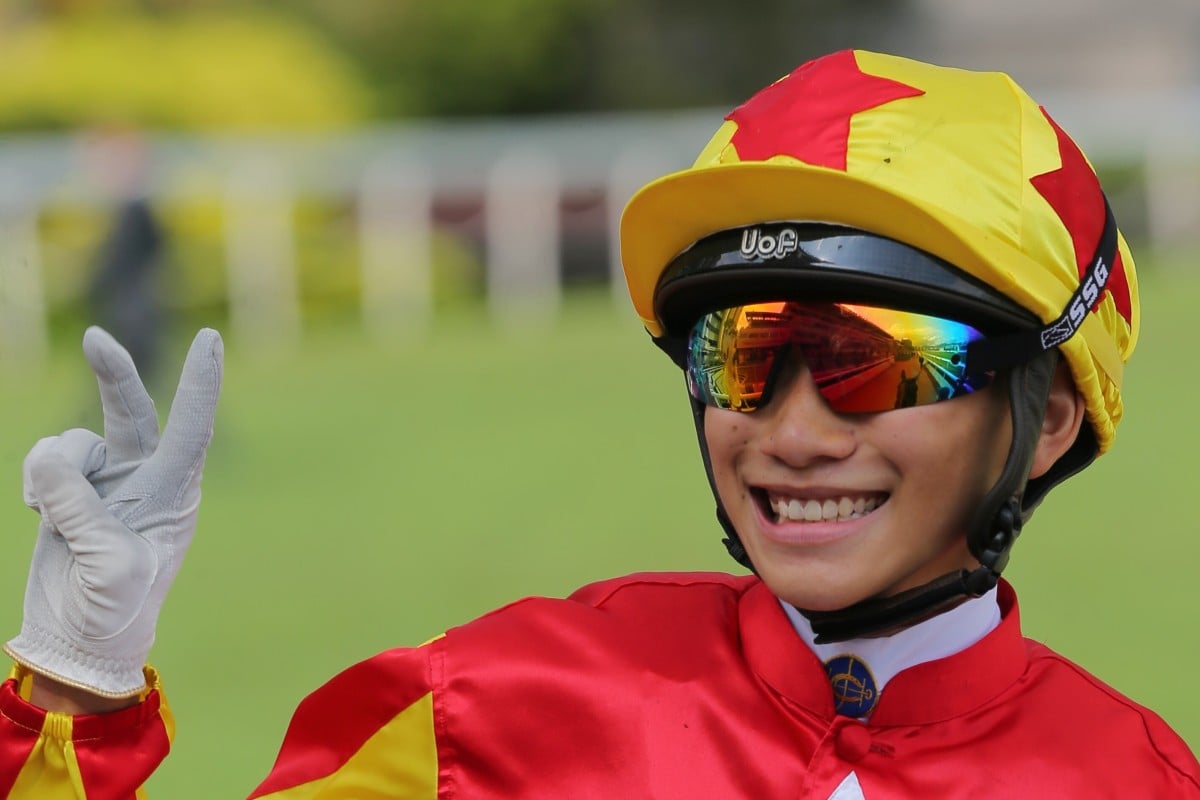 Jerry Chau Chun-lok kicked off his Hong Kong career in perfect fashion at Sha Tin on Saturday, becoming just the second apprentice this century to land a double on debut.

It was a stunning start for the 20-year-old, who prevailed on Relentless Me and Buddies, matching the feat of Alvin Ng Ka-chun, who had a brace on his first day in the saddle on June 5, 2011.

It is rare to see apprentices salute at their first meeting with just four doing it in the 2000s – Terry Wong Chi-wai, Matthew Chadwick, Ng and Matthew Poon Ming-fai.

Chau’s results are even more impressive given he was pulled from his training in Australia well ahead of schedule to fill a hole in the riding roster.

Winning a race in Hong Kong is a lifelong dream for many who come through the system and it was no different for Chau.

“To be honest, I can’t believe I had a double on my first day,” the 10-pound claimer said.

“Hong Kong racing is very competitive – the pace is very quick and you need to think really quickly.

“There are a lot of champion jockeys around here but in a race, I just have to think about my horse, I can’t think about anything else. I just need to keep focused and keep improving.”

Chau, who rode 77 winners in Australia, comes with big raps and he lived up to them, looking polished in the irons with his efforts belying his inexperience.

It didn’t all go perfectly to script though – he actually dropped his whip on Relentless Me with 250m to go – but didn’t panic, instead riding out hands and heels to secure a narrow win for his mentor Douglas Whyte.

“When I dropped my whip, my only choice was to push harder so I just tried my best,” said Chau, who finished with two wins, a third and a fourth from his four rides.

“It’s an amazing feeling – especially to get there by a short-head. I’m very grateful to my boss, he gave me a very good opportunity.”

His second win earned plenty of plaudits, electing to take a sit on the John Moore-prepared Buddies in the Class One Amber Handicap (1,400m) while ensuring Transcendent had to cover extra ground to get around him. It proved a masterstroke.

The young apprentice secures a double on his first day riding in Hong Kong as Buddies surges clear. #HKracing pic.twitter.com/reud18Z0Jr

“It was a very heady ride,” Moore said. “He proved Buddies can be ridden from behind with no weight. He was very strong – it was great.”

Whyte was delighted with how his protégé handled the occasion.

“He’s put it all together, he’s ridden very well. We went through a couple of things [on Friday] and he’s taken it to the racetrack and he’s listened,” he said.

“We’ve just got to keep his head level now, but you couldn’t ask for a better introduction to Hong Kong racing.

“When you put time and effort in and the guy listens, it is great satisfaction when the first winner is for you. But he backed that up and got another winner with a very good ride.

“If he keeps his style, if he keeps everything in order, he’s got a very bright future.”

The 13-time champion jockey, who is in his first season as a trainer, said his advice before the meeting was very simple.

“I tried to explain as best as possible that Hong Kong pressure – it’s not like anywhere else in the world, there are going to be expectations on you – but you’ve got to forget about that once you jump on the horse,” Whyte said. 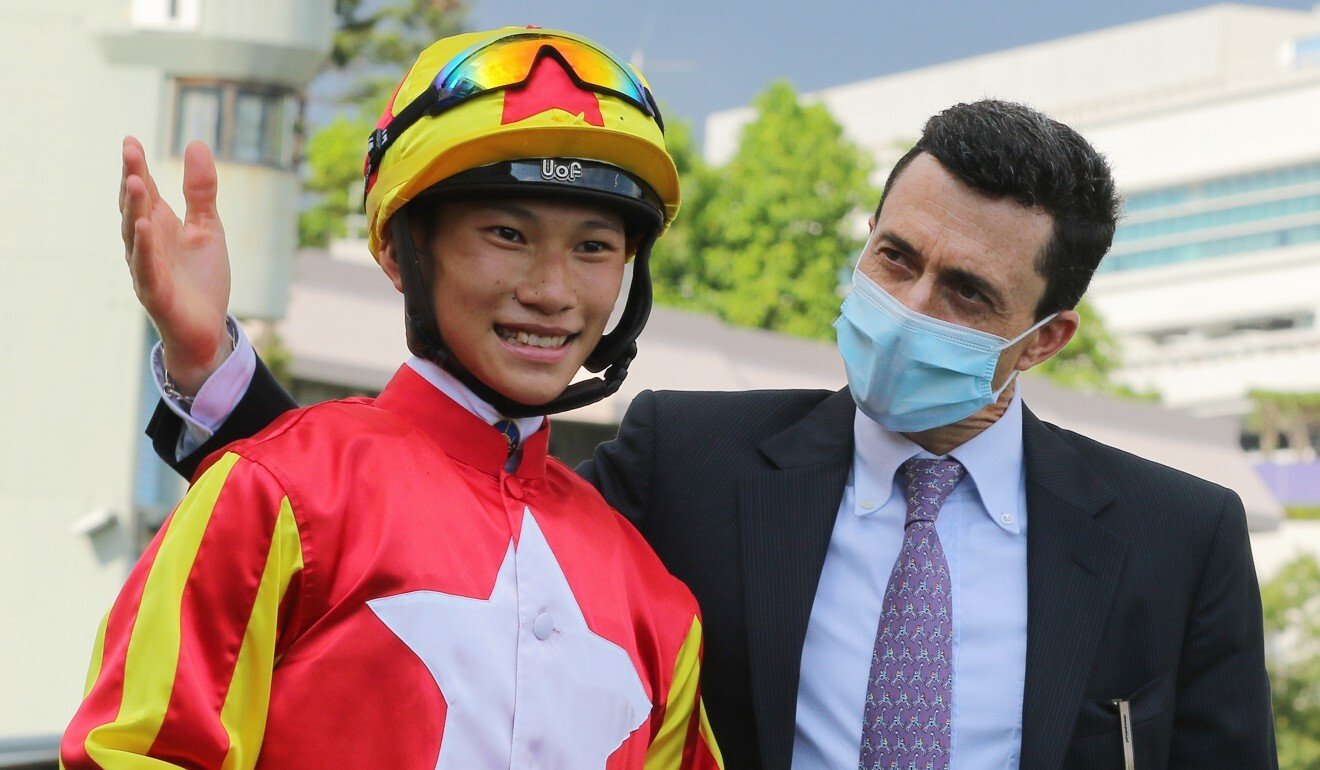 “The challenge is that [Saturday] is done. He’ll be at work [Sunday] morning and it will be back to a normal routine. It’s incremental training, he’s just got to take it day-by-day.”