Sky Field snares the spotlight but battlers finally get to shine

Caspar Fownes’ young gun should progress to bigger and better things, but the careers of Handsome Rebel, Bundle Of Energy and Winwin Thirtythree may have peaked on Sunday 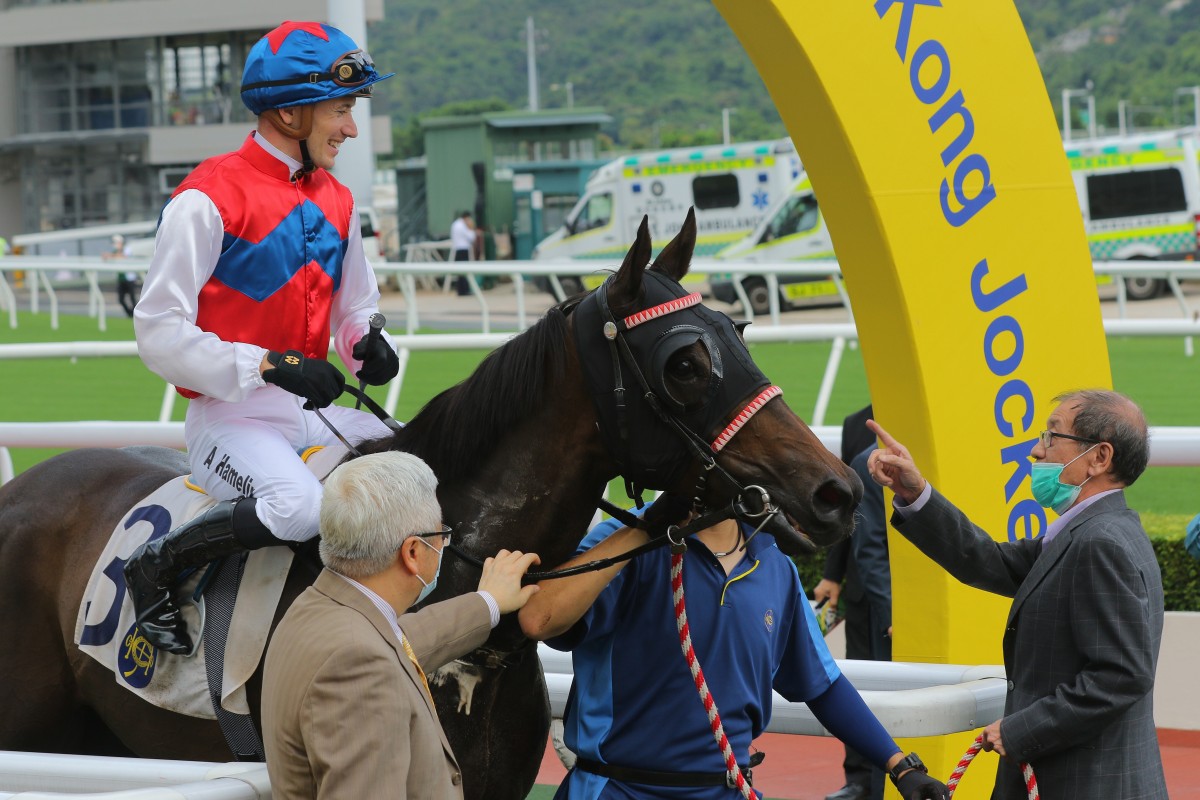 Winwin Thirtythree’s owner give the horse a pat after winning at Sha Tin on Sunday. Photos: Kenneth Chan

The performance of Sky Field rightfully captured the headlines at Sha Tin on Sunday – and he looks a special horse – but once the story of his career is written, a Class Three victory should pale into insignificance in terms of what (we hope) he achieved.

However, for three gallopers in particular, September 13, 2020 will probably be the highlight of their time in racing. The day their owners look back on fondly. The day they finally got a return on their not insignificant investments.

Down the track, fans are unlikely to reminisce – or even remember – the names of Handsome Rebel, Bundle Of Energy and Winwin Thirtythree, but they got their brief moment in the sun and that matters. 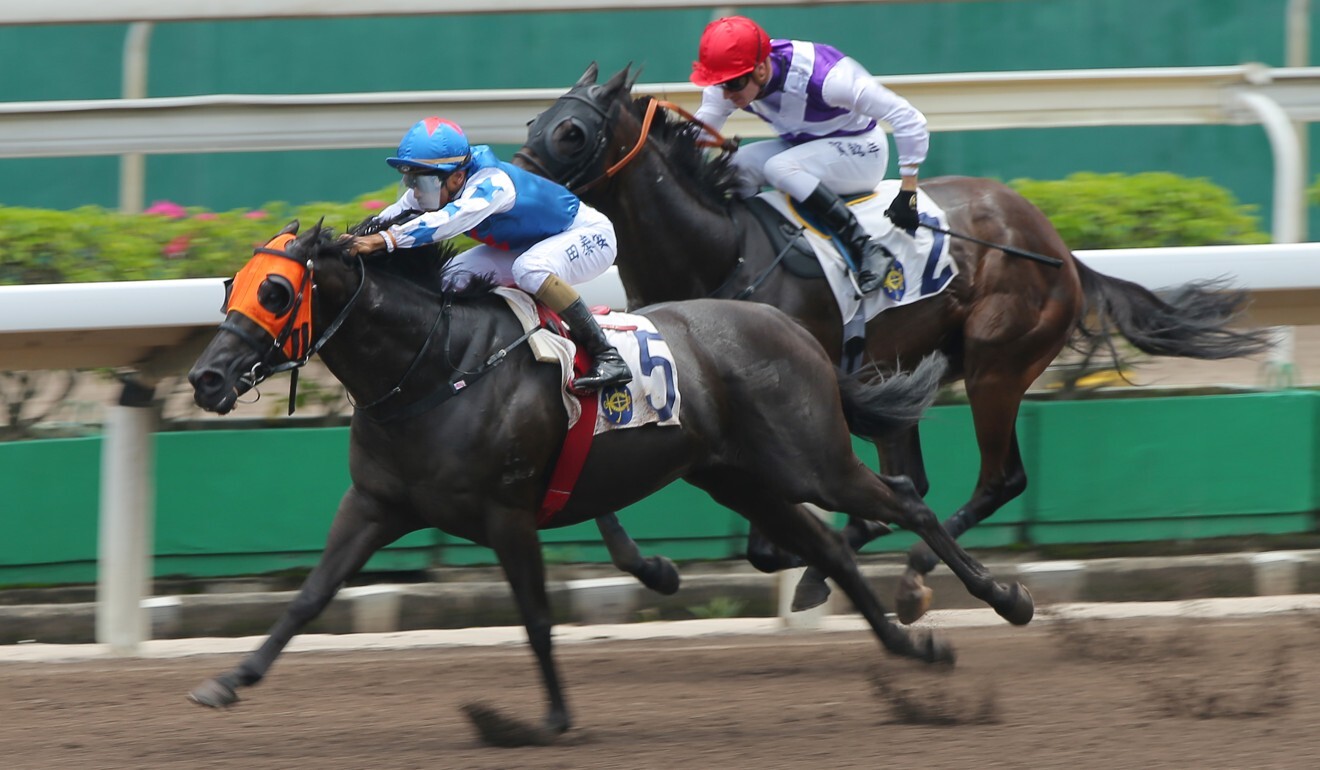 Most horses in Hong Kong never reach any special heights – in fact it is hard to get a single win.

In 2019-20, 523 horses won races from a total horse population of 1,750. There were 439 horses who raced, but never finished in the placings. Spending big money does not guarantee success.

There is a long list of things that can go wrong. There can be an injury, the horse might not acclimatise, it could have bad luck or it doesn’t have the physical/mental capacity to find that extra gear when it matters. On and on it goes.

On the surface, horses who endure long stretches without breaking their Hong Kong maiden can seem disappointing – and often they are. The key to unlocking whatever potential they have is not always sitting in plain sight.

Handsome Rebel entered Sunday as a 22-start start maiden in Hong Kong, Bundle Of Energy had competed 24 times without entering the winner’s stall, while it had been 18 runs for Winwin Thirtythree.

They might have been run-of-the-mill races but to finally scratch a win out of one of these foot soldiers is immensely satisfying. Everything needs to go right.

“It is a bit of a relief,” Bundle Of Energy’s trainer David Hall said. “He’s run second at his last three starts and you’ve seen how consistent he’s been – he’s run well in Class Four and he’s been unlucky a number of times.

“That’s Hong Kong for you with these sort of horses – they can get away from you. All of a sudden you’ve had 24 runs and you haven’t had a win. 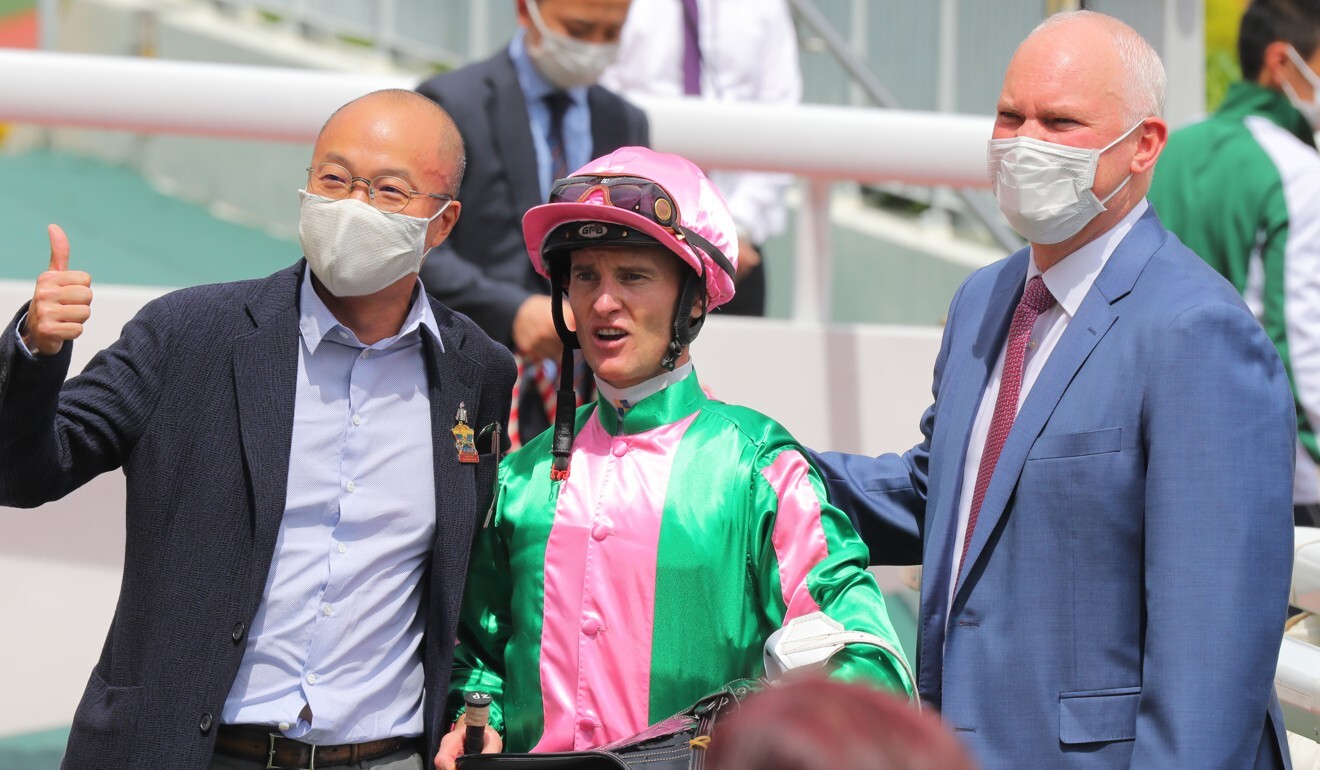 “It’s been a long, hard battle to get a win out of him and he’s put his hand up and got it done. I don’t think you’ll see him here next year, but he’ll have a couple more races then it will probably be the retirement barn for him, but we’ve finally got one out of him.”

It was a similar story for Winwin Thirtythree’s handler Ricky Yiu Poon-fai.

“He was an 18-run maiden – it’s a long time,” he said. “He’s been a bit unlucky but ability-wise he’s only a Class Four, or top of Class Five horse. He’s more mature, he’s put on a bit of weight and he’s more focused. Even in the parade ring, he was calmer. He was due to perform one of these days.”

These horses are an important part of the ecosystem and it is essential connections are rewarded for their commitment and persistence – it is a tough game.

It is incredibly rare to find a horse like Sky Field so sometimes a Class Five win can be as good as it gets. A reminder that every race matters to someone.