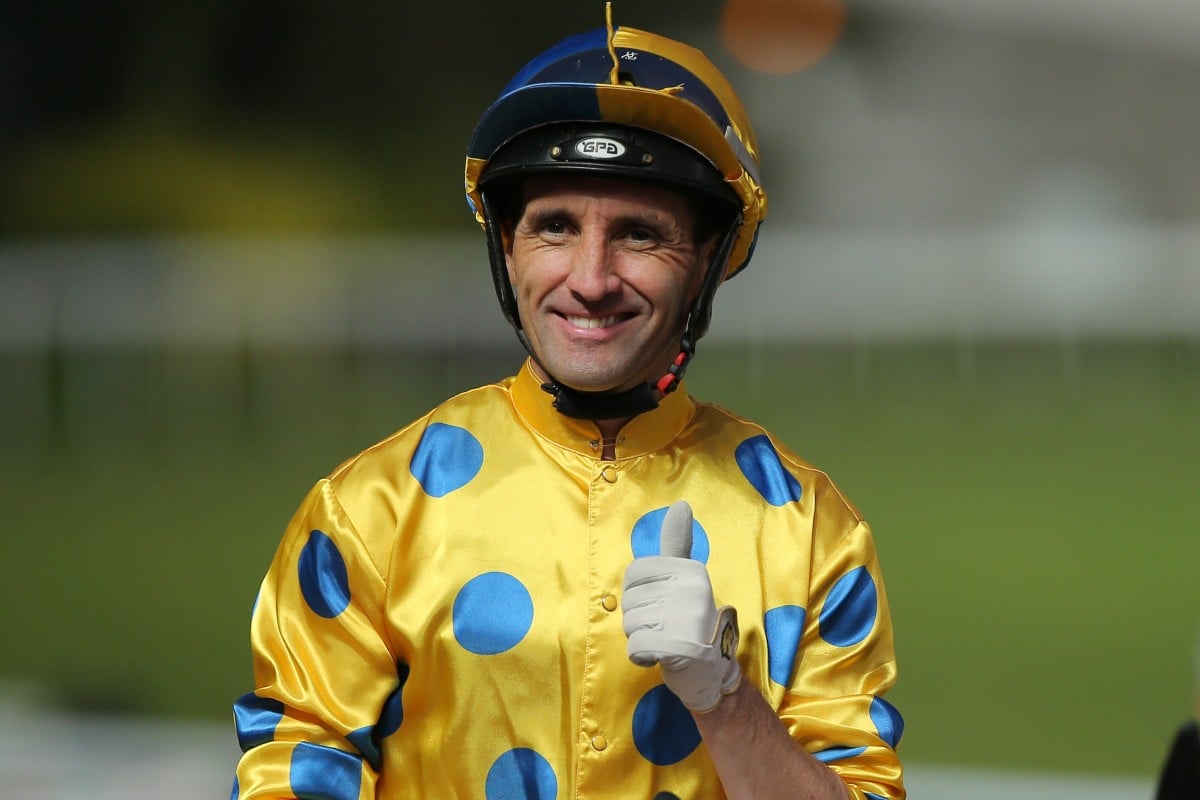 Neil Callan is all smiles after a recent winner. Photos: Kenneth Chan

Neil Callan represented Ireland in the International Jockeys’ Championship 12 years ago and now he is eight races away from flying the Bauhinia flag at the 2020 event.

Heading into Wednesday night’s Happy Valley meeting, Callan is in pole position to claim the last available spot for the lucrative competition with a narrow edge over Brazilian Vagner Borges.

The moving goalposts of Covid-19 forced the Jockey Club to change the set-up of the IJC, switching the normal balance of eight internationals and four Hong Kong-based riders to an even six-six split.

With Joao Moreira, Zac Purton, Karis Teetan and Vincent Ho Chak-yiu already locked in, that created two more opportunities and a battle set to go down to the wire.

Frenchman Alexis Badel (15 winners) has secured one position but Callan, Borges (11 each) and Chad Schofield (10) could grab that last spot, which will be finalised at the end of this meeting.

Even though they are tied for wins, Callan has the edge over Borges in seconds (12 to six) but he’s hoping it doesn’t come down to that.

The Irishman has three doubles from the past four meetings and is looking to keep that hot streak rolling with his five rides.

“Now it’s in touching distance, of course I’d love to represent Hong Kong,” Callan said. “It’s in reach, there’s one meeting to go so hopefully we can maintain [the lead] and I’ll be trying to get another double just to make sure.

“I’ve got a lot of seconds so if it stays the way it is now, we’ll be lucky. We’ll see what happens.” 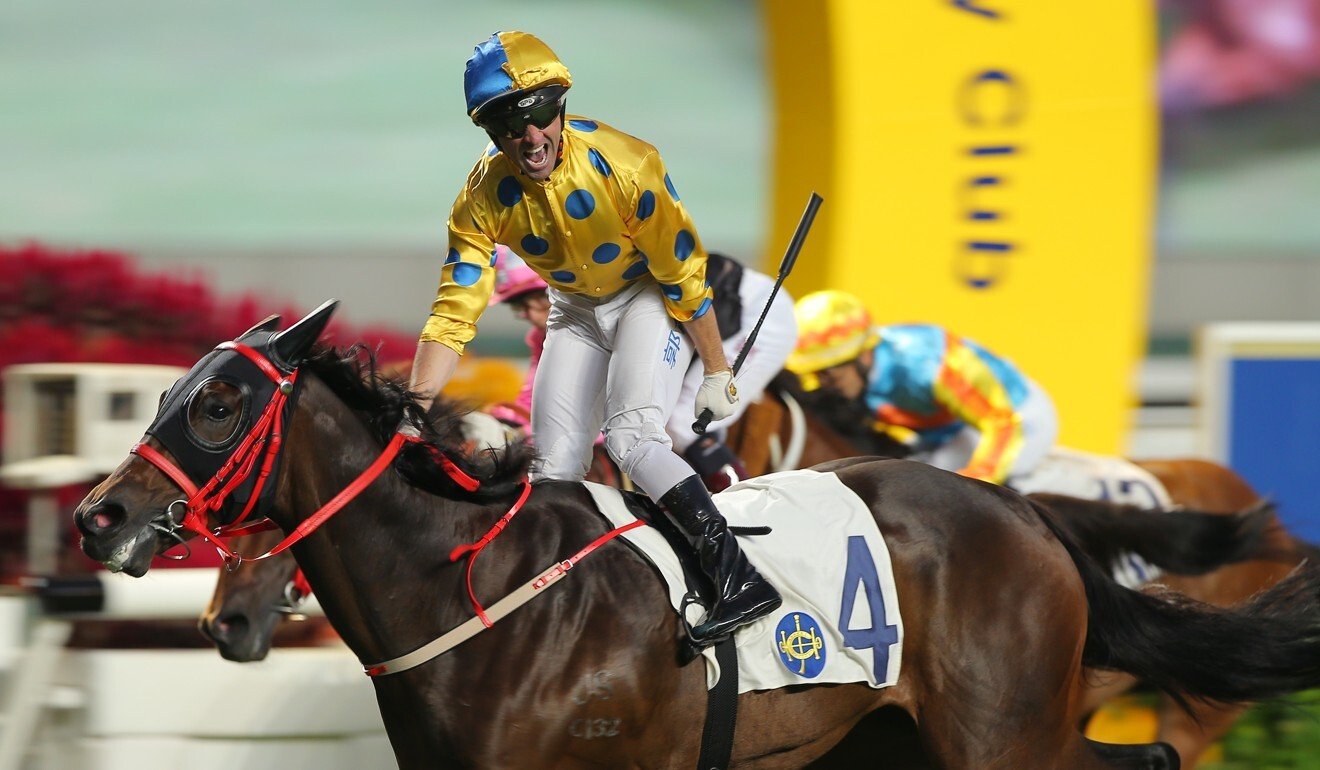 After a slow start to the term, the 42-year-old has started rattling off wins with regularity and the lure of a berth in the IJC added a little extra impetus.

“A month ago I wouldn’t have even had it in my mind,” he said. “When [the change was reported] a few meetings ago, it just got me a little bit more focused and looking at my rides ahead and thinking ‘it’s doable’.

“I rode here as an international jockey years ago, representing Ireland, but I think this would be a little bit different. I’ve been based in Hong Kong for seven years so it would be nice to represent Hong Kong.”

The best chance of Callan’s mounts looks to be the Manfred Man Ka-leung-trained King Dragon, who hasn’t been too far away in his three starts this season.

The four-year-old is likely to be ridden quietly after drawing barrier 11 in the Class Four Tsing Lung Tau Handicap (1,650m), where he clashes with Regency Master, Fearless Fire and Royal Racer.

Caspar Fownes’ Seven Heavens also has to be given some hope in the Class Three Kap Shui Mun Handicap (1,200m), while Callan’s other three rides – Shadow Breaker, Momentum Galaxy and Noble Birth – all come for Jimmy Ting Koon-ho.

Borges has numbers on his side as he tries to overhaul Callan with seven bookings for the meeting, including Universal Go Go, Monkey Jewellery and Leap Of Faith.

And it is certainly not beyond the realms of possibility that Schofield rattles over the top of them.

He would need to be a win clear of both Callan and Borges because of a dead-heat earlier in the season, but Loving A Boom, All You Know and Larson are the main contenders among his five mounts.

“It’s still tight, so it will be what it is,” Callan said. “If I can hold on, it will be brilliant. If I can’t, I’ll just be trying to maintain the momentum.”