Neil Callan keen to bow out of Hong Kong racing a winner: ‘I’m proud of everything I’ve done here’

The Irishman will reunite with his family in England after Wednesday night’s Happy Valley meeting, where he is looking to snare a final victory with three rides for Tony Cruz 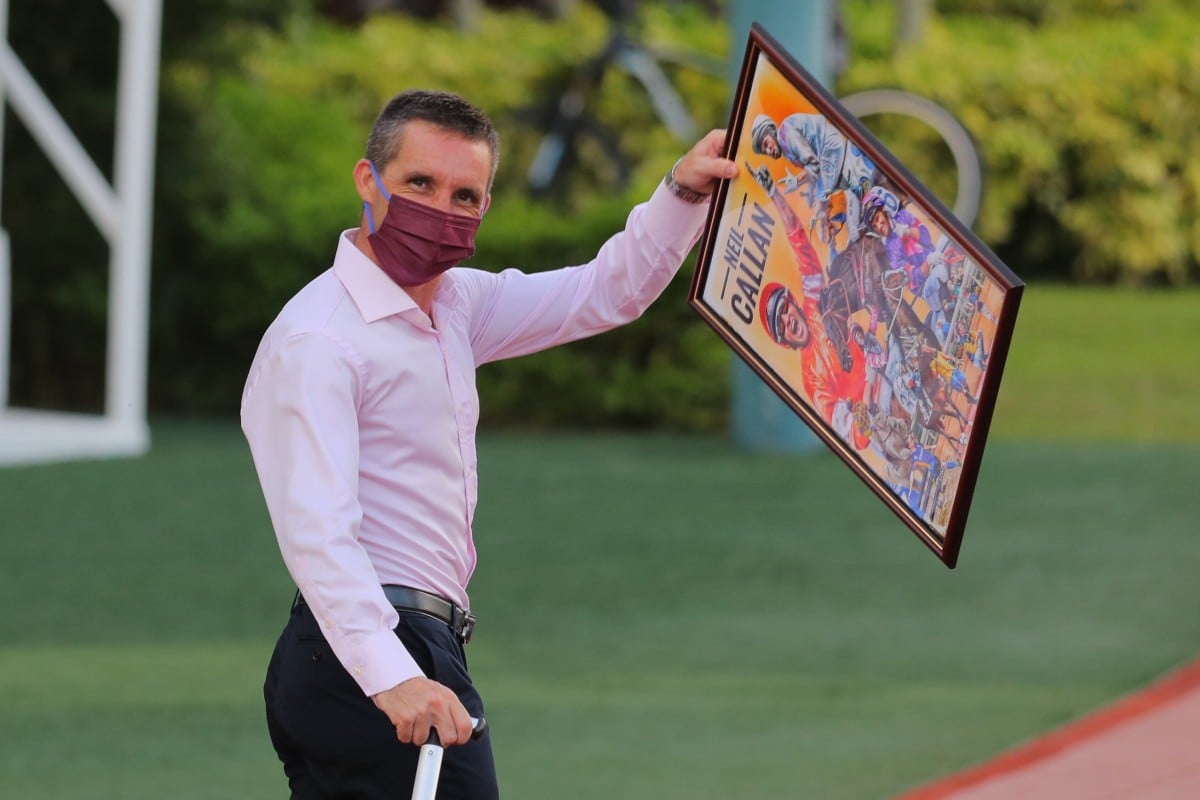 Jockey Neil Callan walks out of the races having being presented with a collage of his winners by members of the local press. Photos: Kenneth Chan

As he approaches his final meeting after riding in Hong Kong for more than 10 years, Neil Callan knows Wednesday night’s Happy Valley meeting will feel like no other.

The Irishman will return to England and reunite with his family after the card at the iconic city circuit, proud of what he has achieved in this unique jurisdiction, collecting 282 winners including three Group Ones with Blazing Speed.

On Sunday, when he walked out of Sha Tin for the last time as a full-time member of the jockeys’ roster, there wasn’t a sense of sadness but he acknowledges the scenario at the Valley could stir some sentiment. 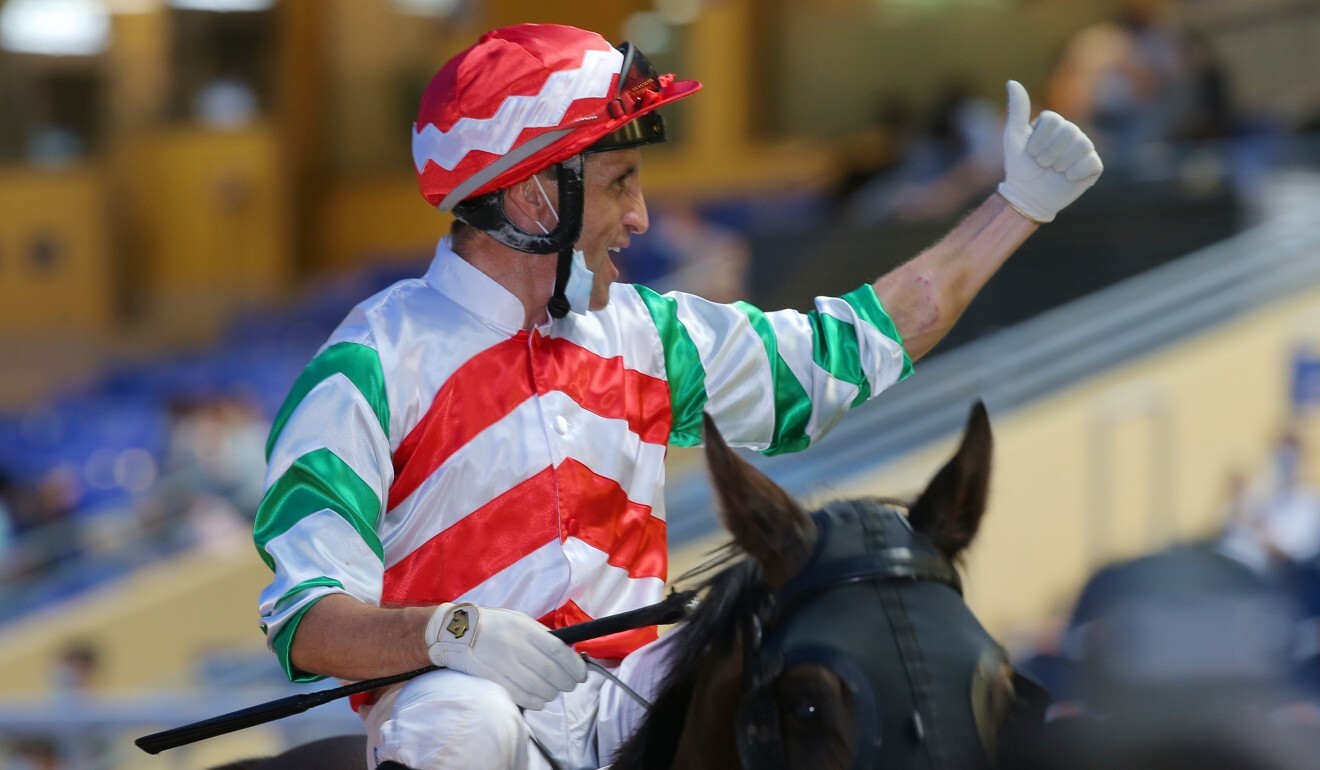 “Wednesday might be a little bit different, it might sink in a little bit,” he said. “I’m a professional guy and this is my job but of course there is going to be plenty of emotion going on. It would be nice to go out with a winner because then it would mean even more.

“I’m proud of everything I’ve done here, considering the amount of jockeys that have come from England or Ireland has depleted over the years.

“For me to come out and do what I’ve done over 10 years is something I’m pretty proud of. I think I’ve done well, I think I’ve more than held my own here.”

The 43-year-old has been riding in terrific form since returning from his controversial 15-meeting suspension over his conduct in a stewards’ inquiry, rattling off six winners in the past month alongside a host of placings.

“I feel like I’ve been riding well since I came back. Obviously I wanted to prove a point,” he said. “I didn’t want to give anybody a chance to say ‘look he’s come back, he’s not ridden any winners’. I was really determined to come back and make a point and I feel like I’ve done that.”

Callan takes a select book of three rides to Happy Valley – all for Tony Cruz – opting for quality over quantity for his last meeting.

Golden Spectrum will have to overcome an awkward gate after landing barrier 11 for the Class Three Oi Kwan Handicap (1,800m), Helene Wisdom Star has been racing consistently and looks an each-way hope in the Class Two Wong Nai Chung Handicap (1,650m) while All In Mind rattled home for third last start and lines up in the Class Two Sports Road Handicap (1,200m). 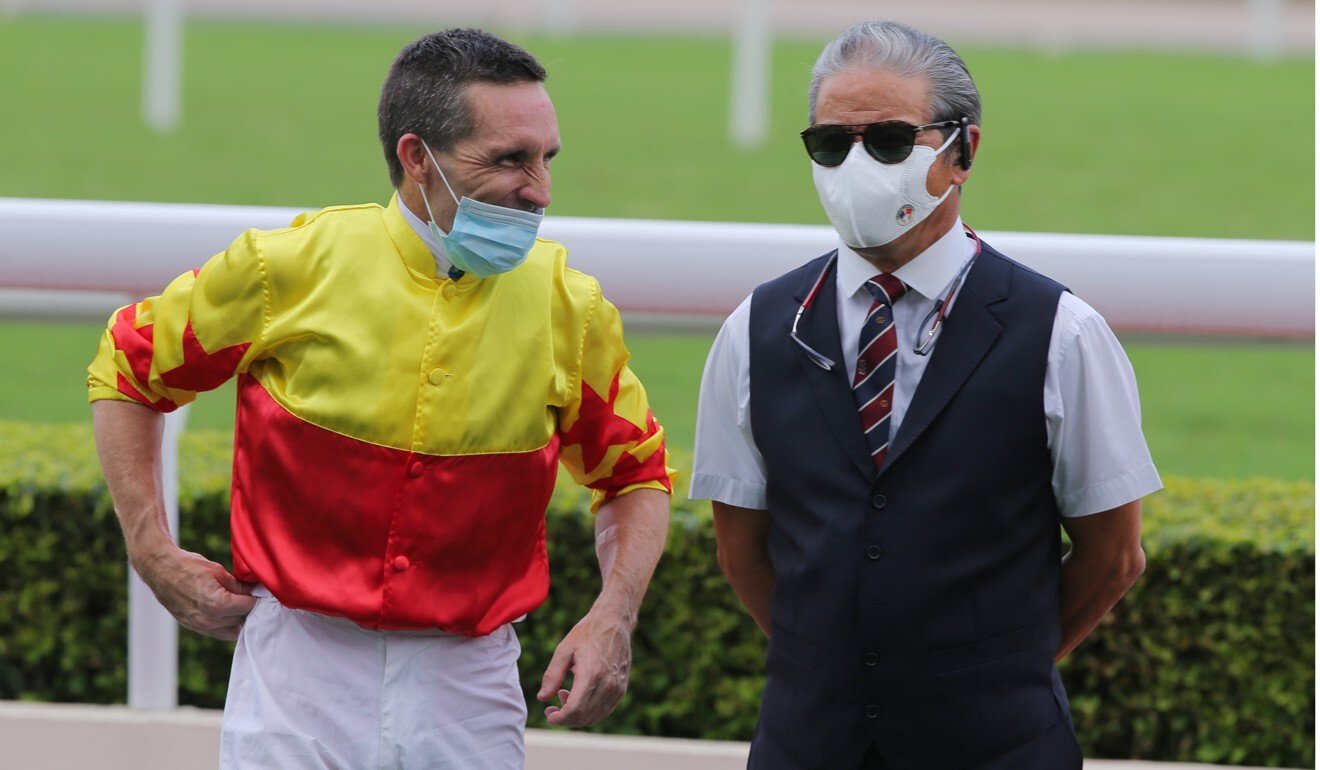 “They’re all good rides, they’re all chances,” he said. “Golden Spectrum, I’d have thought if he had a draw, he could’ve gone pretty close. His trial the other day was ordinary but the horse feels good. If he can get in somewhere, I think he can run a big race.

“Helene Wisdom Star, it’s one of those races, it’s not an overly strong race and he likes the Valley too.

“All In Mind, I think if he can get away and get a spot, I think he can do something. We’ll be trying our best to go out with a winner for sure.”

While it is the end of an era for Callan, he remains optimistic he will grace Hong Kong’s racetracks again at some point down the road.

Neil Callan declines opportunity to reapply for licence, confirms he is heading back to UK

“It’s not sad because I think I’ll be back here one day,” he said. “When I told them I couldn’t accept such a late invite to apply for another licence, I left the door open [to return for a short-term stint].

“With the way things are at the moment it is very difficult to get jockeys here and because of the pandemic, no one knows how long it’s going to last.

“I’m a permanent resident here so if the chance arises in the future, it would be easy to come in the winter months. That’s the way I’m looking at it.”